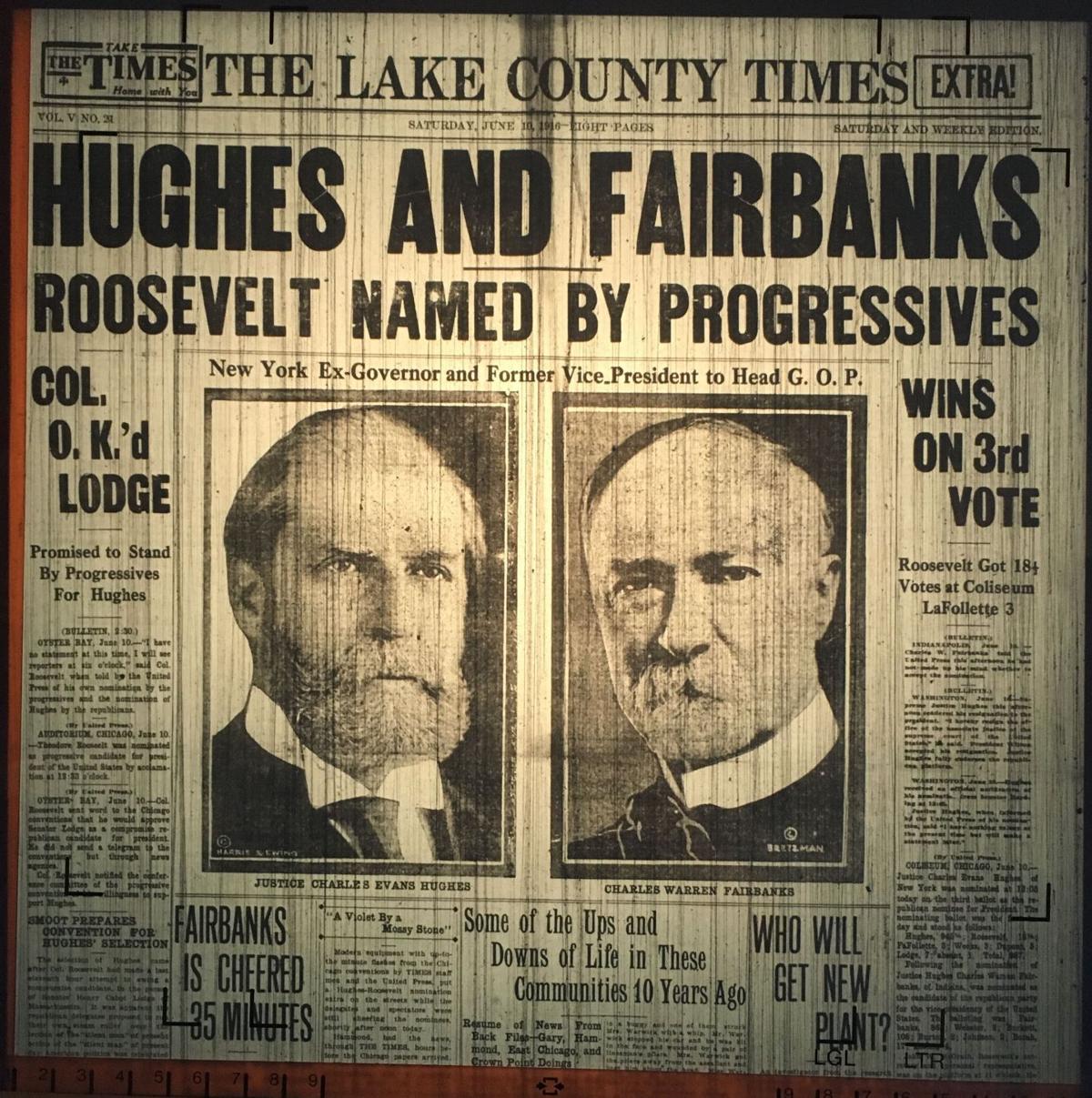 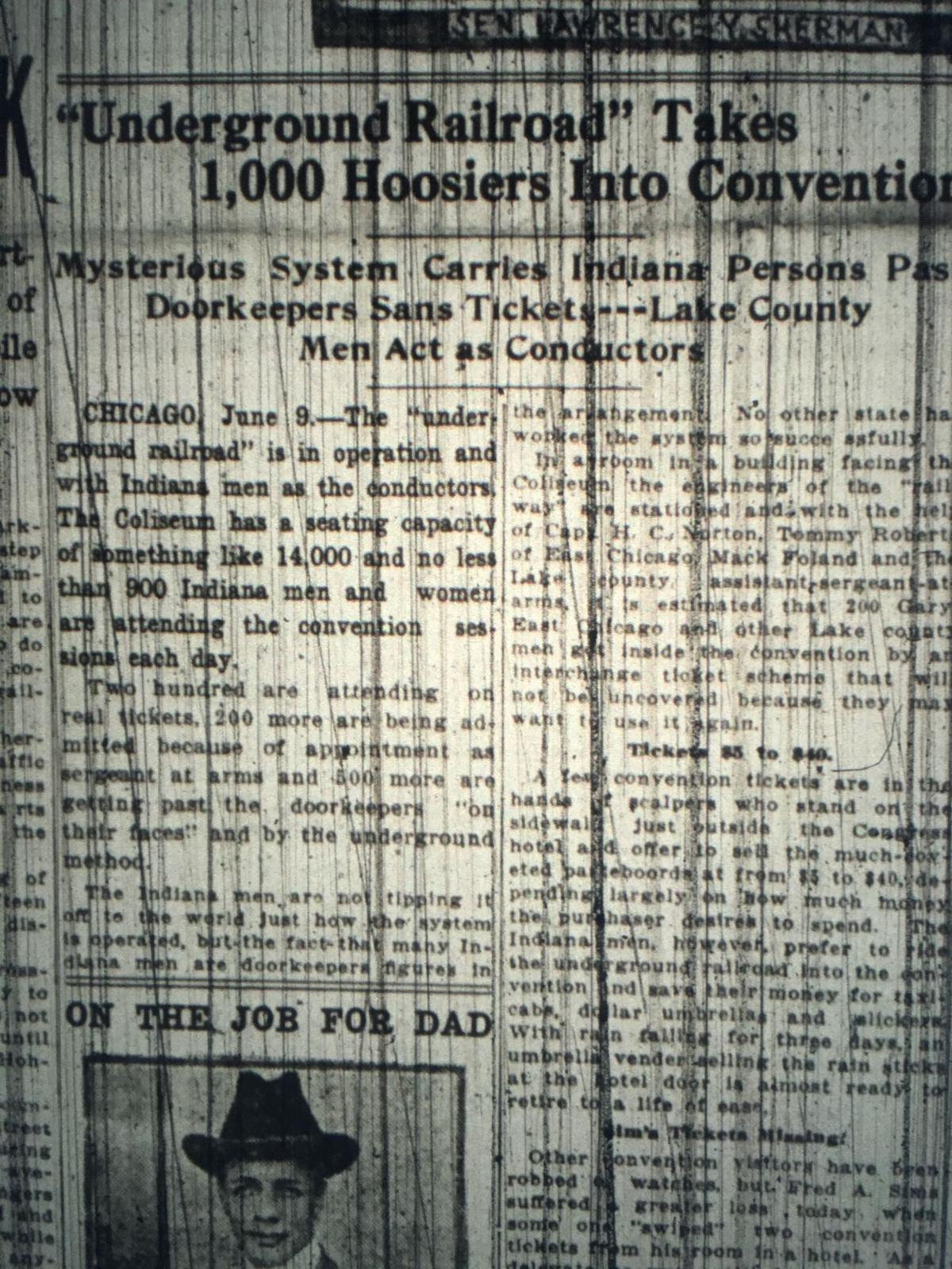 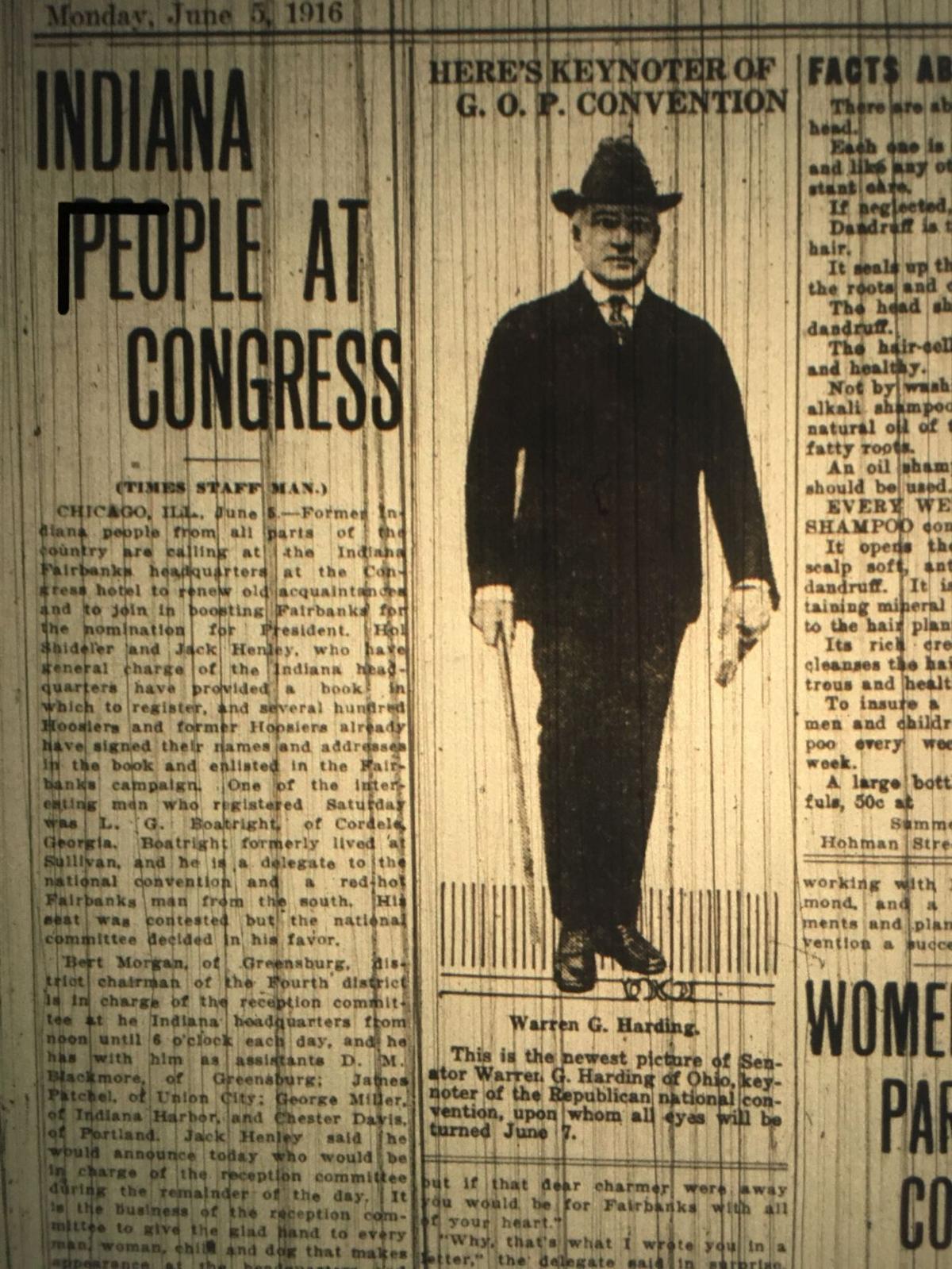 If you think this year’s Republican National Convention is contentious, you should have been in Chicago in June 1916.

A bitter fight within the Republican Party in 2012 had aftershocks in 2016, when a splinter group held its own convention in Chicago at the same time as the Republican National Convention.

Let’s put the 1916 conventions in perspective, with the help of Peter Alter of the Chicago History Museum.

President Woodrow Wilson was in office, and World War I was in full swing in Europe and other parts of the world.

Some of the issues in 1916 continue to be divisive even today. Immigration, for example, was an issue then, resulting in immigration restrictions in the 1920s to limit the number of Europeans allowed to enter the United States.

Other issues, though, would seem strange today. The GOP delegates voiced their support of women’s suffrage, giving women the universal right to vote, at the 1916 convention.

But, like today, there was division among conservatives. The Republican Party was so divided then that a former Republican president, Teddy Roosevelt, was the candidate of the Bull Moose, or Progressive, party in 1912.

No one can deny Roosevelt was a manly man. He emulated the cowboys, led the charge up San Juan Hill in Cuba and even gave a campaign speech in Milwaukee on Oct. 14, 1912 — after he had been shot.

The 50-page speech he planned to give was in his pocket, and it slowed the bullets enough that he survived and gave a shorter speech to the audience after displaying the manuscript and his blood-stained shirt.

“It takes more than that to kill a bull moose,” Roosevelt said.

He received medical care after giving the speech.

Could the two parties come back together? That was why they held conventions at the same time in the same city, only a few miles apart, Alter said.

In front of the Congress Hotel, two Pennsylvania delegates engaged in a war of words. A crowd gathered, prohibiting pedestrians from passing. They generated enough noise that they also generated news coverage at the time.

“Some time ago, this paper carried a story that Lake County’s apportionment of tickets to the big show was seven, and that the tickets had been turned over to Mr. Norton,” The Times reported on June 5, 1916. “That was the beginning of his troubles, and The Times unwittingly did him a great wrong. Those tickets melted away like a snowflake in July, and Mr. Norton has been forced to turn down thousands of applicants.”

That didn’t stop folks from Northwest Indiana hoping to see the spectacle.

“The report is that some of Lake County’s most influential politicians were chased continually around the hall yesterday when, having been crowded out of some soft snap seat they were endearing to hold down, they took to the galleries and got that softly spoken but unmistakable and determined purr, “move on,” as some blue coat discovered they were lounging in a point of vantage,” the story said.

Joe Meade, ex-city chairman of East Chicago who had just run for prosecutor and was considered a potential mayoral candidate, was kicked out. Lake County Prosecutor J.A. Patterson and his assistant in East Chicago, H.M. Cohen, were also “hustled out under the glowering skies.”

Today, the Republican standard bearer, Donald Trump, has voiced his opposition to U.S. Supreme Court justices getting involved in politics. At the 1916 convention, Supreme Court Justice Charles Evans Hughes became the Republican nominee. Hughes resigned from the court June 10, 1916, to run for president.

Charles W. Fairbanks, a Hoosier, was chosen to run as the Republican vice presidential candidate. Fairbanks had served as vice president under Roosevelt, from 1905 to 1909. Fairbanks died at age 66 on June 4, 1918, just two years after being selected to run as Hughes’ running mate.

Roosevelt threw his support behind Hughes, and the Progressives were brought back into the Republican fold by the general election in November.

Party unity was restored, which was good news for the Republican Party. They lost a close presidential race, however, with Hughes coming 23 electoral votes short.

DOUG ROSS: 1916 was Indiana's battle of the veeps

It’s exciting to see Indiana Gov. Mike Pence run for vice president, but he’s far from the first Hoosier to seek that ticket. Counting him, th…

Mitzi Gaynor performed some 25 times at the Star Plaza Theatre, including this performance on Dec. 29, 1979.