The proposed Wind Creek Illinois Casino would be located just south of Interstate 80-294 at Halsted Street on the border of Homewood and East Hazel Crest, Illinois. 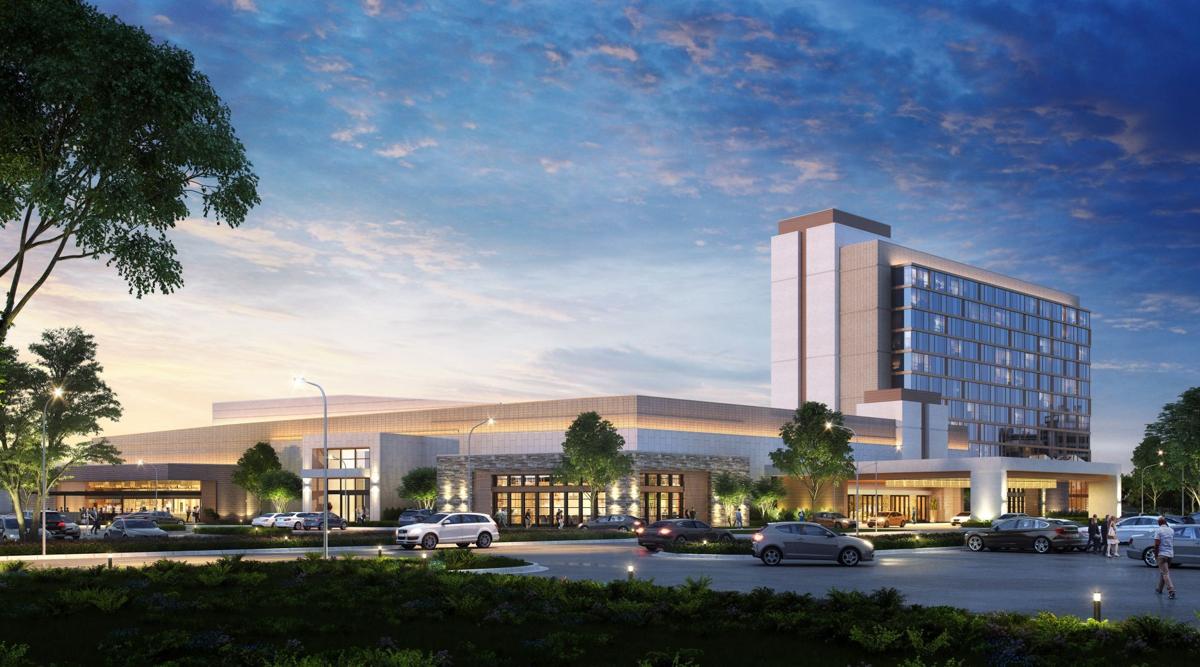 The proposed Choctaw Nation casino in Matteson, Illinois, would be located at the intersection of U.S. 30 and Cicero Avenue, at the site of the former Lincoln Mall.

The Illinois Gaming Board unanimously agreed Wednesday to eliminate the Calumet City and Lynwood casino proposals from the competition for a south suburban Cook County gaming license.

The board's decision leaves the casino development plans for Homewood and Matteson as the two finalists in the long-running effort to bring casino gambling to the south suburbs.

The Homewood plan calls for a $440 million casino with 1,350 slot machines and 56 table games, along with a high-rise luxury hotel offering 252 rooms, 53 suites, and an outdoor skybar with long-distance views of downtown Chicago, located immediately south of Interstate 80-294 at Halsted Street.

The backers of each of the plans will have a final opportunity to revise their proposals and make their best pitch to the Illinois Gaming Board at a special meeting scheduled for 9 a.m. Oct. 28.

The license then could be awarded by the gaming board as soon as January, pending investor background checks and other required regulatory approvals.

Charles Schmadeke, Illinois Gaming Board chairman, said it wasn't easy for the board to winnow the four suburban casino proposals down to two finalists following some five hours of presentations last week by each of the candidate communities and casino companies.

Ultimately, Schmadeke said the decision came down to the quality of each proposal and its development timeline, along with the commitment of the community to the casino project as well as the casino company's commitment to the community.

The lack of community buy-in almost certainly doomed the plan for a $390 million Ho-Chunk Casino and hotel development that would have been located adjacent to the Ho-Chunk sports complex at Illinois 394 and Glenwood-Lansing Road in Lynwood.

Ho-Chunk officials told the gaming board last week they had no communication with Lynwood Mayor Jada Curry prior to making their presentation to the board. Curry also voted in 2019 against supporting a casino bid when she was a member of the Lynwood village board.

None of the four gaming board members explained during Wednesday's meeting specifically why the Calumet City proposal for a $275 million Southland Live! casino and hotel adjacent to River Oaks Mall also got axed from the competition, since it was supported by municipal leaders and the board is permitted to consider up to three finalists for the casino license.

Nevertheless, Calumet City Mayor Thaddeus Jones said he respects the decision of the Illinois Gaming Board, wishes the best for Homewood and Matteson, and is confident the casino revenue sharing required by Illinois law "will be a huge victory for all of southern Cook County."

Jones said even without a casino he remains focused on redeveloping River Oaks into a south suburban entertainment destination that includes retail, commercial development, housing and a sports dome.

"We look forward to making an announcement concerning this development very soon," he said.

Of the four applicants, the proposed Homewood and Matteson casino sites are located furthest from the Northwest Indiana casinos in Hammond, East Chicago, Gary and Michigan City — potentially minimizing their cannibalization effect on Indiana casino revenue and jobs.

The Illinois Gaming Board is inching closer to selecting three finalists for a single south suburban Cook County casino license.

A new millionaire was created Friday with a $5.88 spin on a slot machine at the Four Winds Casino in South Bend.

Illinois law specifically bars individuals from placing a bet in Illinois on a sports event that involves a collegiate team based in Illinois.

Wind Creek's proposal calls for a $440 million casino and luxury hotel tower to open in mid-2023 south of Interstate 80-294 at Halsted Street on the border of Homewood and East Hazel Crest, Illinois.

The proposed Wind Creek Illinois Casino would be located just south of Interstate 80-294 at Halsted Street on the border of Homewood and East Hazel Crest, Illinois.

The proposed Choctaw Nation casino in Matteson, Illinois, would be located at the intersection of U.S. 30 and Cicero Avenue, at the site of the former Lincoln Mall.