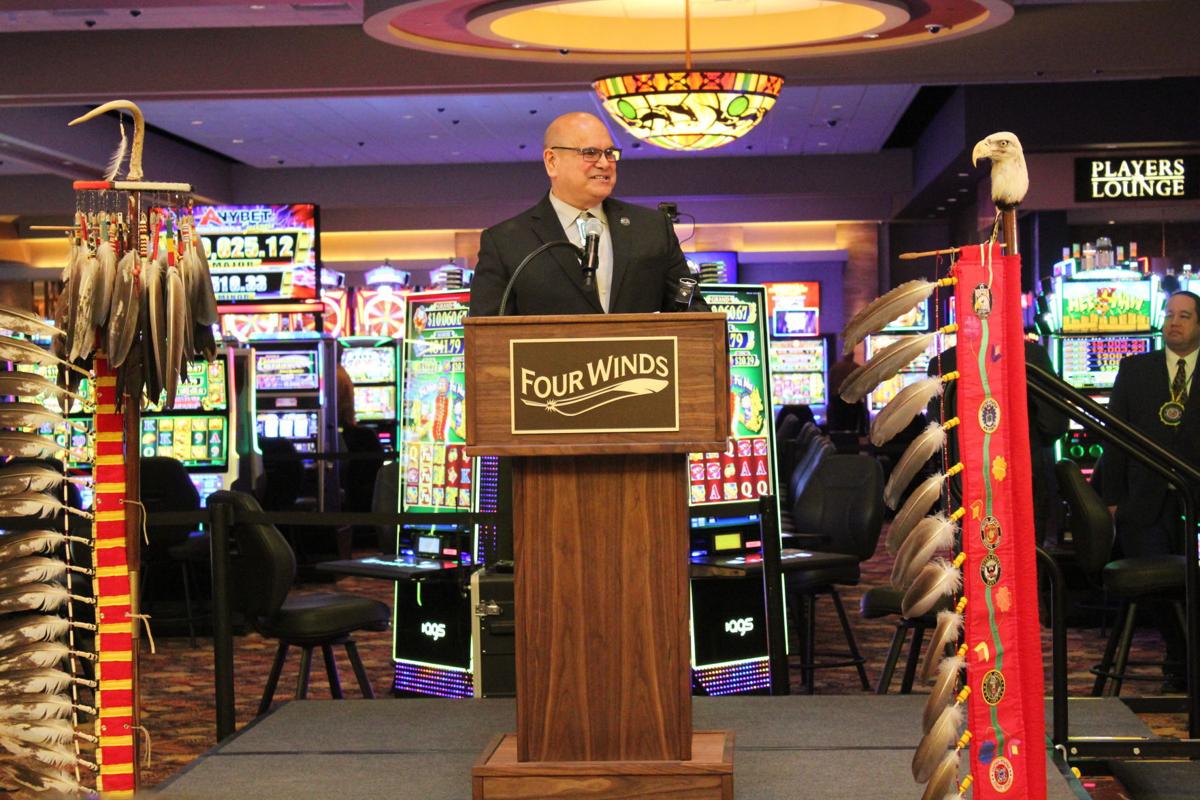 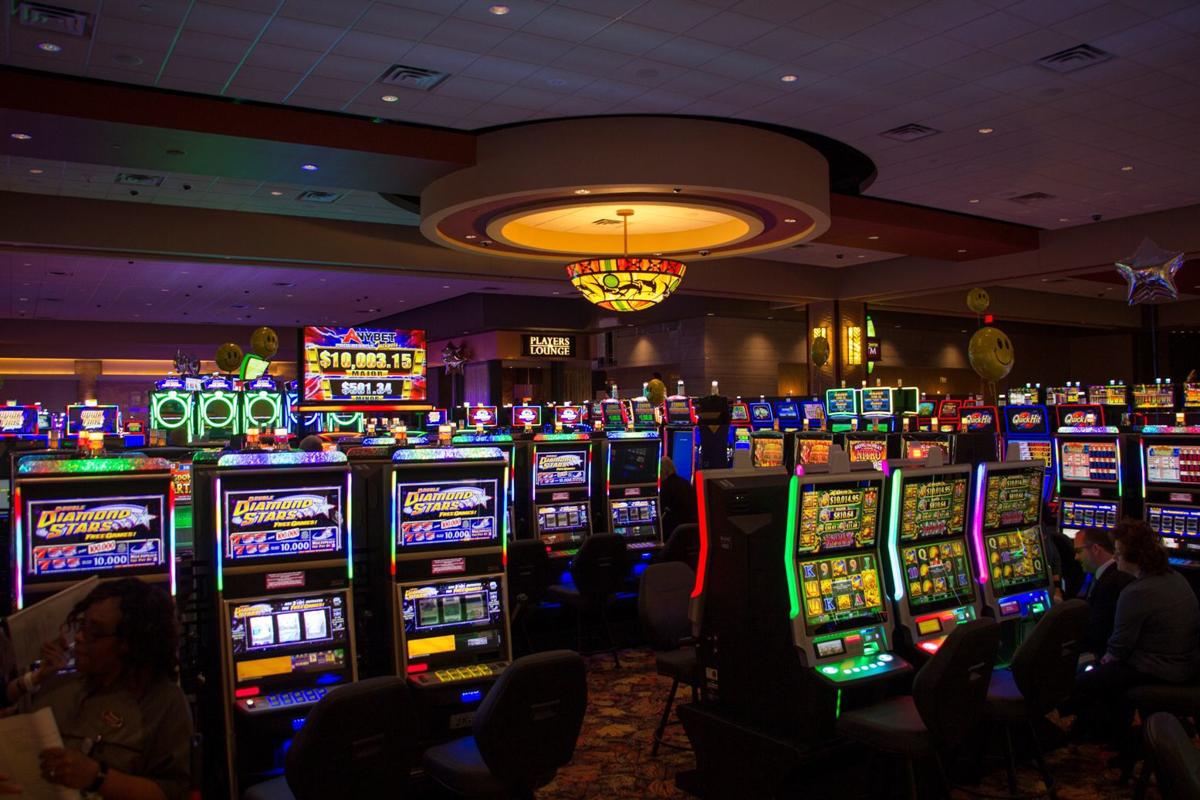 The Pokagon Band of Potawatomi Indians opened its new Four Winds Casino in South Bend on Tuesday after a ribbon cutting ceremony during which more than 300 guests celebrated the opening of the state's first tribal casino.

“We could not have done this without the support of many people and agencies," he said. "We also extend our gratitude to the Pokagon Elders Council and Pokagon Gaming Authority, along with the entire Tribal Government. Without their knowledge and guidance, we would not be here today.”

The casino is the fourth Four Winds, joining existing casinos in the Michigan communities of New Buffalo, Hartford and Dowagiac.

“This will be an entertainment destination for the region,” said Frank Freedman, Four Winds' chief operating officer. “We’ve hired and trained over 1,200 of the best people to provide the same superior level of quality and service our guests have come to expect from the Four Winds brand."

Four Winds cannot have table games unless it reaches a compact with the state of Indiana that would detail any financial contributions it would make to the state.

The casino has agreed to contribute 2 percent of its gaming revenue to South Bend, with a guarantee of at least $2 million annually, but it will not pay state taxes, giving it a competitive advantage over privately owned casinos.

But the local casinos say they're prepared for new competition. "We have plans in place," Horseshoe Senior Vice President Dan Nita said last week of his casino's marketing efforts.

David Strow, a vice president of Blue Chip owner Boyd Gaming, said the company has continued to invest in its casino in the face of increased competition.

"We have seen several new casino properties open in this region over the last 10 years, and Blue Chip has continued to compete successfully each time over that timeframe," Strow said.

Northwest Indiana's casinos closed 2017 with a strong December that left gaming revenue for the year essentially level with 2016. A December w…

The Pokagon Band of Potawatomi Indians plans to open its new Four Winds Casino in South Bend at 4 p.m. Jan. 16.