Nearly a quarter-billion dollars was legally wagered in Indiana last month on the outcome of professional and collegiate sporting events — a new all-time high.

Altogether, some $1.6 billion has been bet on sports since Indiana's sports wagering industry launched in September 2019, according to the Gaming Commission.

"The Hoosier State's love for football is fueling local wagering momentum. Decent performance from the Colts along with a very strong start for the Hoosiers and Boilermakers helped bring in over $84 million in football wagers for October," Bichsel said.

"Excitement around football and the upcoming Master's tournament should keep the momentum going in November, pushing Indiana toward that $250 million mark in handle."

East Chicago's Ameristar Casino and its DraftKings mobile affiliate remained the state leader for sports wagers with $97 million on the books in October. Michigan City's Blue Chip Casino and its FanDuel affiliate was second with $66 million.

"Indiana is among the largest markets that DraftKings holds an advantage over rival FanDuel, leveraging its early entry last year into market dominance," said Jessica Welman, analyst for PlayIndiana.com.

"Even as competition has grown, including the entry of William Hill to the market, the top of the online sportsbook food chain has remained remarkably stable."

In contrast, Indiana taxes on slot machines and table game wagers produced $36 million in state revenue last month despite a dip in play.

According to the Gaming Commission, the statewide casino "win," or revenue after paying winning bets, totaled $167 million in October, a 2% decrease compared to September and a 7% decline relative to October 2019.

At the same time, the single-digit drop could be considered a victory given the state-mandated COVID-19 prevention precautions for casinos, including limited slot machine availability, table game seating caps, shuttered poker rooms, a face mask requirement, reduced restaurant hours, and no events or promotions likely to attract a large crowd.

Every Northwest Indiana casino in October saw a modest decline in month-to-month win, except Blue Chip where win increased 3% compared to September. 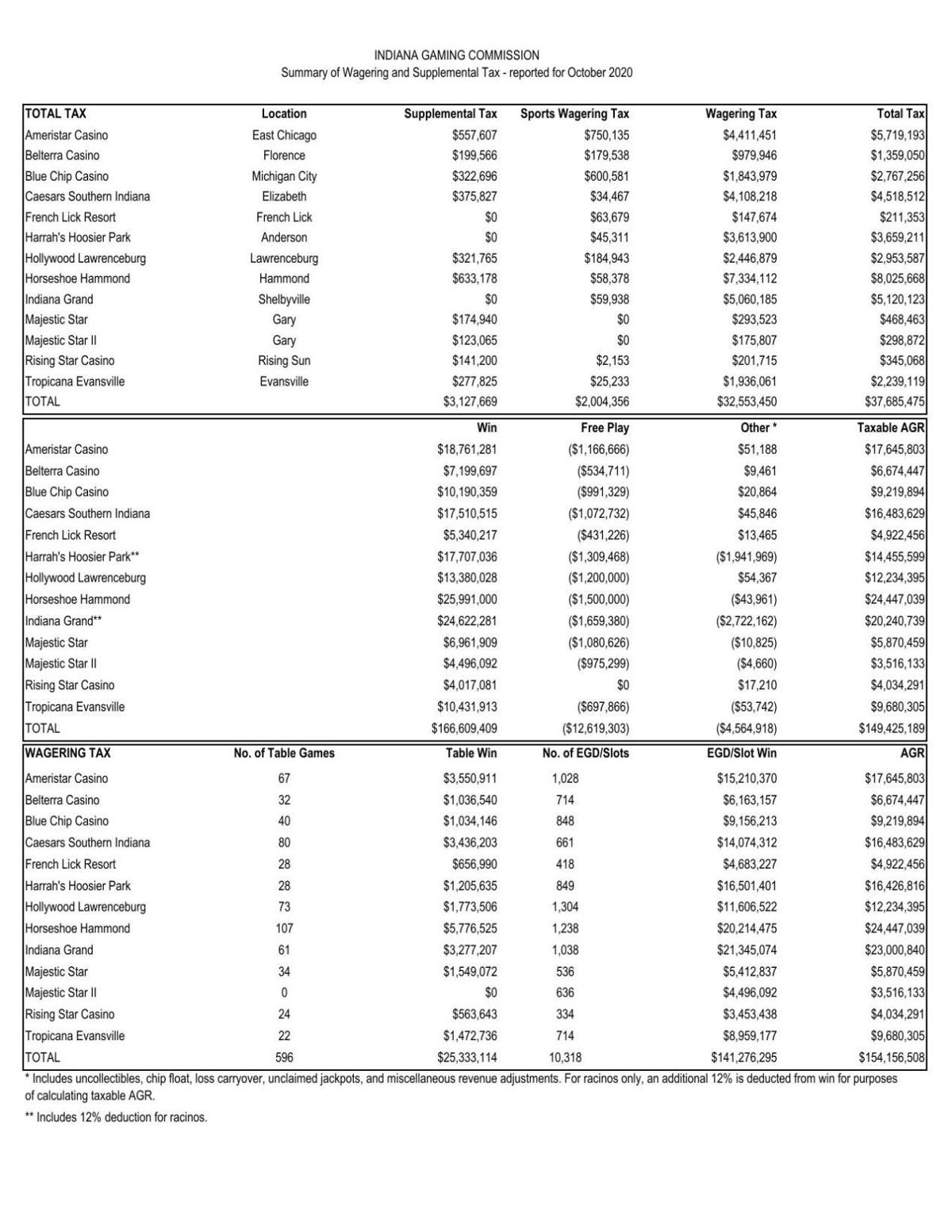 The sportsbook at the entrance to the Ameristar Casino will be remodeled and rebranded in December as the Barstool Sportsbook.

Gambling in the Hoosier State is roaring back following an unprecedented three-month casino shutdown due to the coronavirus pandemic.

Even though Indiana casinos only were open in June for half the month, they did 58% of the business as the full month of operations in June 2019.

It's an industry unaccustomed to facing the long odds usually experienced by its patrons.

The new top mark for Indiana sports wagers in a single month is $251.4 million, shattering the prior record of $230.9 million — just set in October — by nearly 9%.

The remodeled sports book at the East Chicago casino entrance will open to the public Thursday, pending any final regulatory approvals.