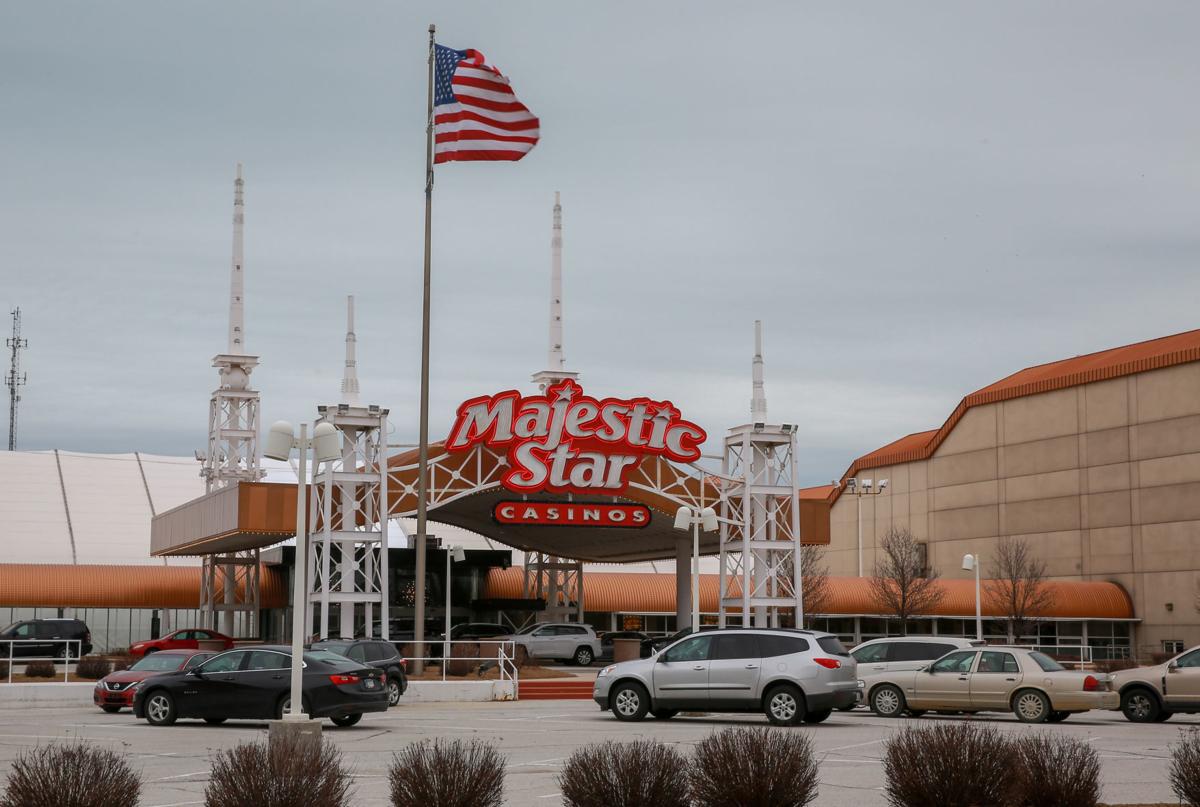 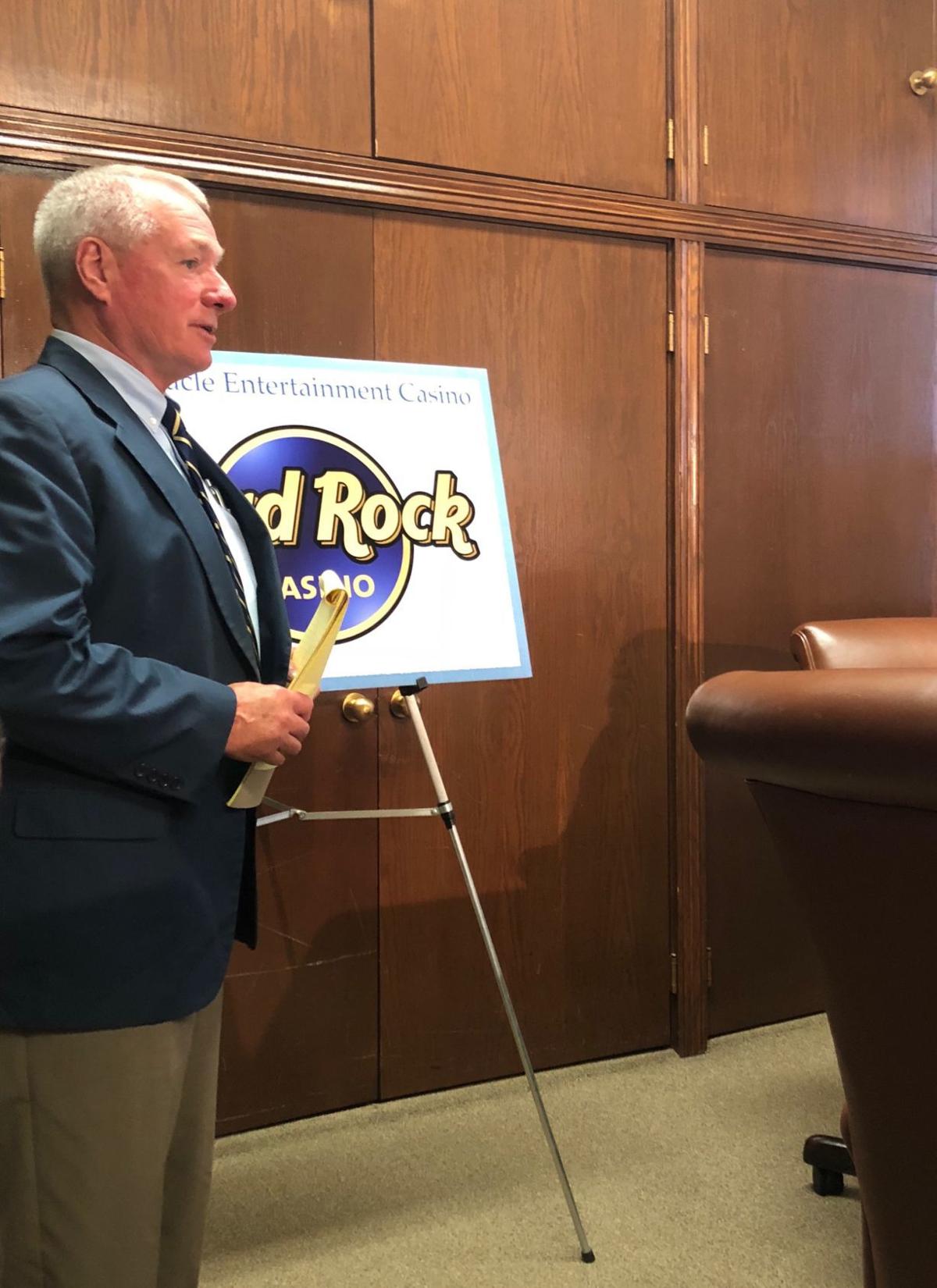 The Indiana Gaming Commission has opened an investigation into the parent company of Gary's Majestic Star casinos in connection with a federal campaign finance violation that allegedly involved illegal donations transferred by a Spectacle Entertainment executive on behalf of his former employer.

No changes to normal operations at the Spectacle-owned Majestic Star are imminent as a result of the investigation, according to the Gaming Commission.

On the other hand, the commission said it is "working to ascertain the immediate impacts of this information upon the new casino construction project in Gary," known as the Hard Rock Casino Northern Indiana, which ceremonially broke ground Jan. 9.

On Friday, the commission canceled a meeting planned for Feb. 7, where it was expected to approve Spectacle's application to construct a "Rocksino" in Terre Haute that would have shared the music theme of Spectacle's new, land-based Gary casino.

"The information we received is concerning and the commission has begun a review pursuant to its statutory responsibilities into this matter," the commission said.

Indiana law provides the Gaming Commission broad powers to ensure the "credibility and integrity of gambling operations" in the state, including the authority to evaluate the "character, reputation, experience and financial integrity" of a casino owner and to revoke an owner's license if the commission determines it is "in the best interests of Indiana."

The commission said its investigation centers on an allegation contained in a guilty plea filed Thursday at the federal court in Alexandria, Virginia, that appears to implicate Centaur Gaming, whose key leaders formed Spectacle Entertainment in 2018 after Centaur agreed to sell its two central Indiana horse track casinos to Caesars Entertainment in 2017.

Records indicate O'Neil received more than $15,000 from an Indianapolis-based gaming company, believed to be Centaur, through fake invoices and contracts for services prepared by the company's vice president and general counsel; money that O'Neil was expected to direct to the candidate — notwithstanding a prohibition on corporate donations.

O'Neil admitted in court records that he divided the gaming company's funds into smaller chunks and gave it to associates who immediately made the maximum permissible donation of $2,700 to the candidate.

The Times has determined, based on federal campaign finance records, the candidate was former state Sen. Brent Waltz, R-Greenwood.

Waltz was running at the time in what would turn out to be an unsuccessful campaign for the Republican nomination in Indiana's Ninth Congressional District, which covers the south-central region of the state.

It's not yet known why Centaur or Keeler wanted to aid Waltz's congressional campaign. Spectacle did not respond to a request for comment from The Times.

A company representative told the Indianapolis Business Journal that it plans to cooperate with the Gaming Commission investigation.

Keeler was on hand, along with Spectacle CEO Rod Ratcliff, when ground was broken earlier this month in Gary at the intersection of Burr Street and 29th Avenue, adjacent to the Borman Expressway, for the $300 million Hard Rock Casino Northern Indiana.

When it opens, possibly as soon as Dec. 31, the Majestic Star replacement will feature 1,650 slot machines and 80 table games; a sportsbook and bar; six restaurants, including a music-themed cafe; a Rock Shop retail store and a 2,000-seat Hard Rock Live venue for concerts and other entertainment.

Hard Rock estimates the project will create up to 1,000 temporary construction jobs and require 400 to 500 new permanent employees on top of the 950 Majestic Star workers, who are guaranteed jobs at the new casino.

Senators want the Indiana Gaming Commission to adopt rules authorizing off-duty law enforcement officers to carry a handgun, either openly or concealed, while visiting a casino.

The Senate has approved a tax on food and beverage sales at the new Hard Rock Casino to pay for enhanced public safety efforts.

An employee with a concrete contractor called Monday morning to report someone broke into two trailers at the site, police said.

Hammond's Horseshoe Casino could be sold to a new operator by the end of the year as a result of the acquisition of the Horseshoe's parent company by Eldorado Resorts Inc.