In a letter sent July 26 to IGC Chairman Michael McMains, the Hoosier lawmakers threaten to take action during the 2022 General Assembly to block the IGC from inquiring into the personal and financial ties of investors in privately-held casino companies, such as Spectacle Entertainment, the primary owner of the Hard Rock Casino Northern Indiana in Gary.

The lawmakers claim their interest — in what normally would be a fairly obscure regulatory matter — is rooted in "the privacy rights and investment strategies of citizens," as well as the potential "such requirements may unfairly discourage small investors from participating" in the casino industry.

Moreover, they suggest such policies "should receive significantly more vetting and scrutiny than provided in the emergency rule making process" used by the IGC to enact them March 23, and perhaps "should be the purview of the state elected policy making entity."

"We also ask that you reconsider the potential gain of knowing whether a minority stakeholder owns 10 shares of Apple versus the impact of delaying or prohibiting any aspect of the Gary casino project and the construction of the Terre Haute gaming facility, and the potential impact upon both economically depressed communities," they said.

Records show the letter was sent five days after a Marion County judge ruled the IGC is empowered by current state law to require investors in Spectacle and Lucy Luck Gaming, the former Terre Haute casino licensee, to disclose extensive information about their personal backgrounds and finances to protect the integrity of gaming in the Hoosier State.

Judge John Chavis II said the IGC is well within its rights to demand Spectacle and Lucy Luck investors, and investors in those entities, submit an application for a level 1 occupational license, especially given the alleged misdeeds of several former Spectacle executives who worked together at Centaur Gaming prior to acquiring the Gary casino license.

IGC Executive Director Sara Tait also explained in a letter responding to the legislators that the integrity rules were enacted after two former state legislators linked to Centaur, John Keeler and Brent Waltz, were indicted by the U.S. attorney in Indianapolis as part of an ongoing public corruption investigation.

"Because integrity and reputation standards apply across gaming jurisdictions both here in the United States and internationally, casino licensees risk harm from associations with scandals and illegal activity," Tait said. "Ensuring Indiana maintains a reputation as a clean and strict gaming jurisdiction is a benefit to all stakeholders."

Tait additionally told the lawmakers the IGC declined to renew the Terre Haute casino license because Lucy Luck failed to make progress toward opening an operational casino during the year it held the license, not because some Lucy Luck shareholders objected to the integrity rules.

The IGC is scheduled Wednesday to consider whether to renew the owner's license for the Hard Rock Casino, which opened to the public May 14. 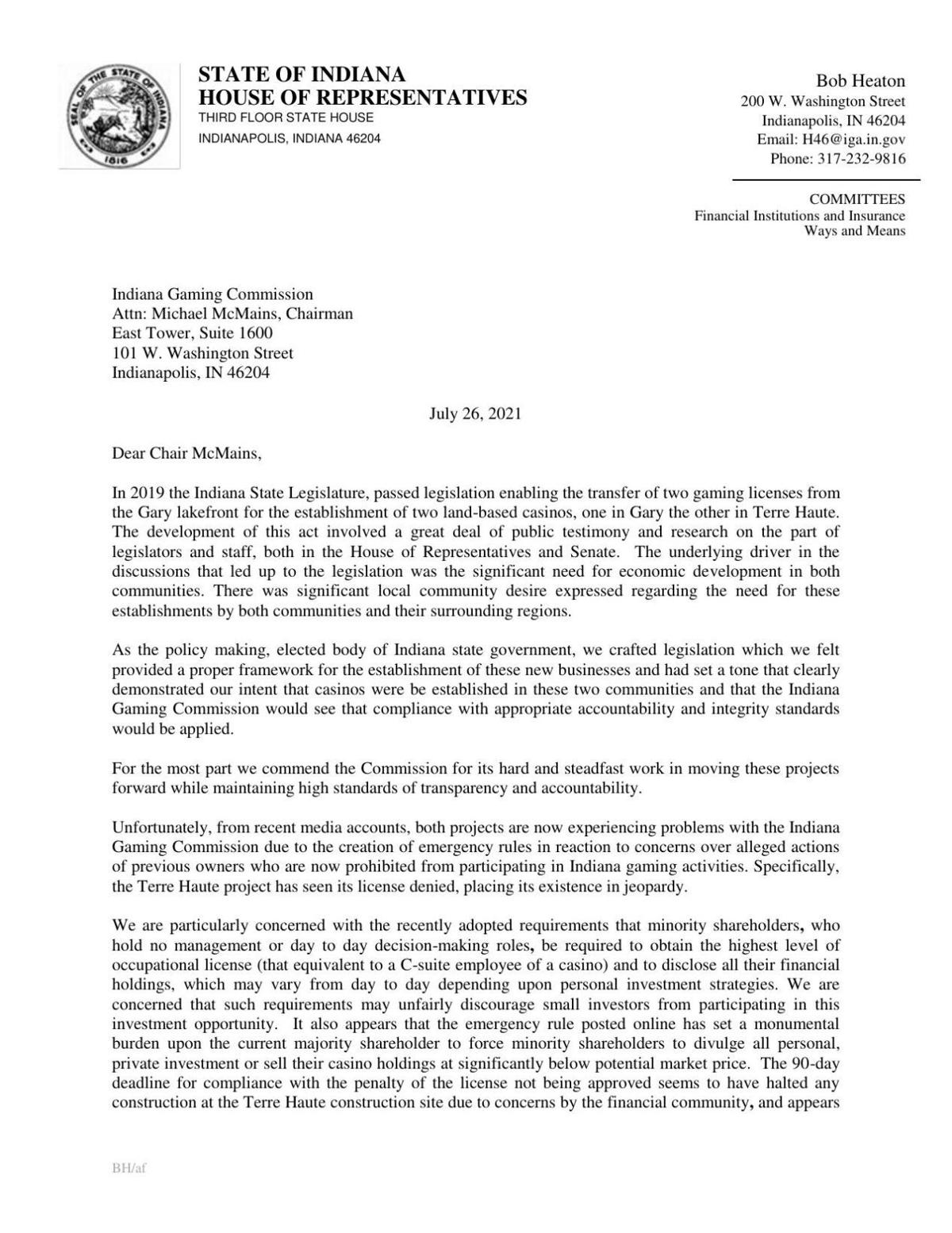 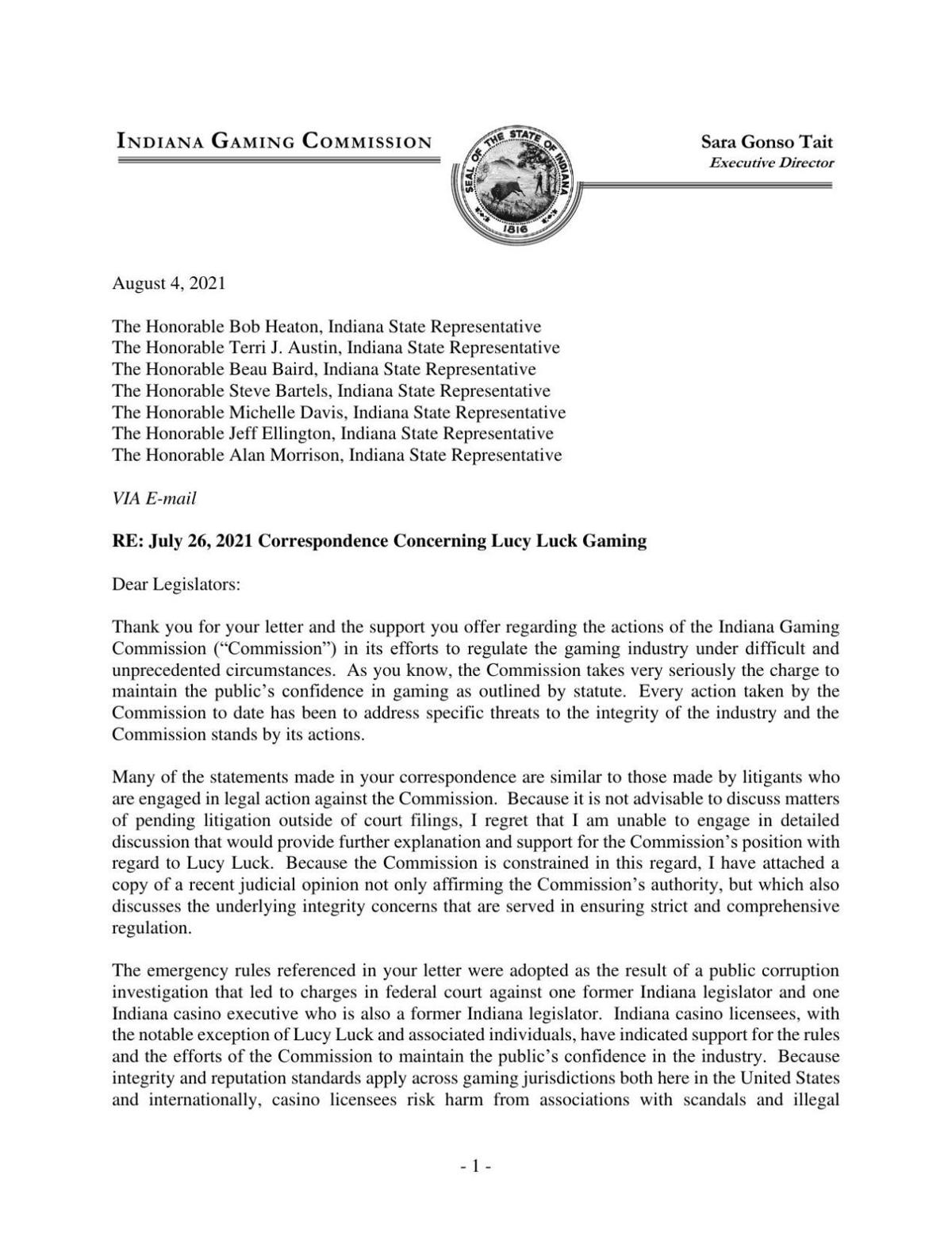 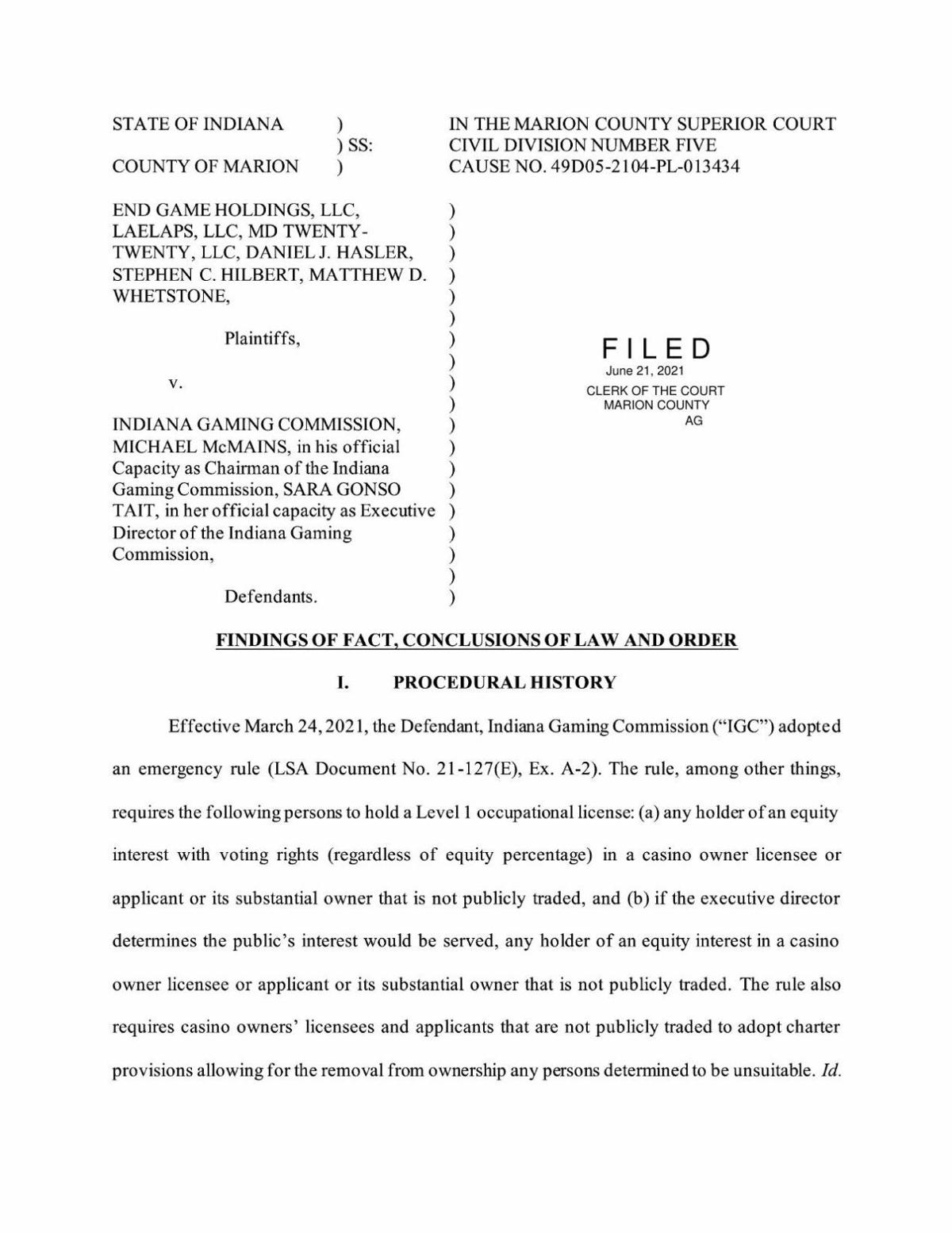 The Republican-controlled Indiana General Assembly this year approved 230 proposals for new laws that it sent to Republican Gov. Eric Holcomb …