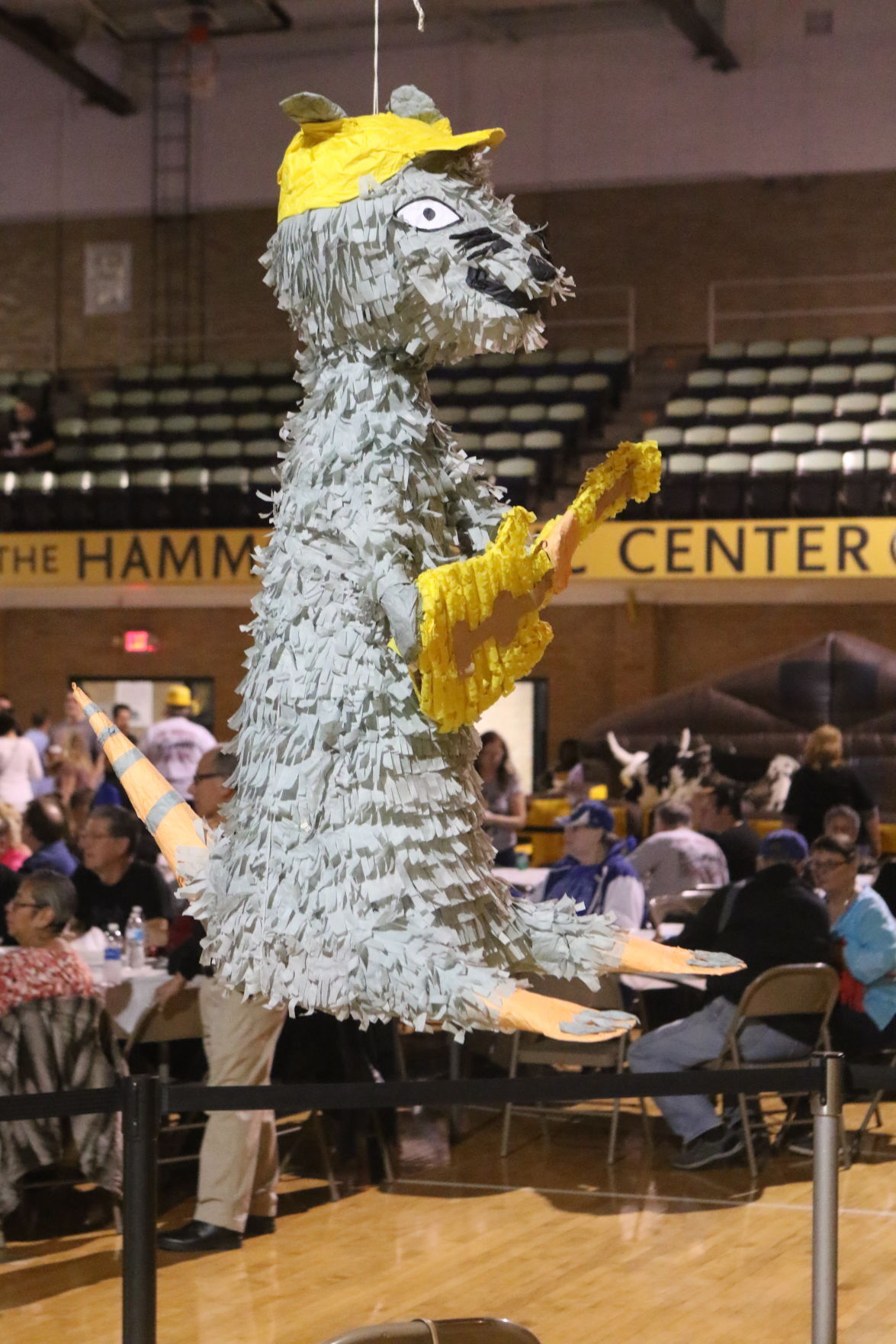 A rat piñata is pictured during a past 219 Day at the Hammond Civic Center. 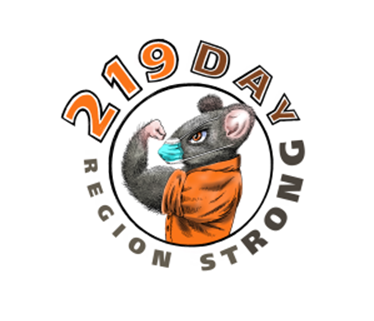 Hammond is selling 219 Day merchandise this year, but the annual festival won't take place because of the pandemic.

For the last few years, Hammond has been celebrating all things Region with an annual 219 Day party at the Hammond Civic Center.

Invented by Twitter humorist Region Rat Rants as a way of poking fun at Northwest Indiana's many quirks and eccentricities, the Region-themed holiday is observed on or around Feb. 19 in a reference to the Region's 219 area code. It's a celebration of eating too much Polish food, getting stuck behind trains, setting off fireworks year-round, working at the mill and everything that makes the Region the Region.

Hammond Mayor Thomas McDermott's proclamation mentions "navigating around potholes like an expert sailor around icebergs, being used to dirty mountains of snow in parking lots until May, having to fit every Halloween costume you ever wore under a winter coat, shoveling a path to your barbecue grill in the winters, having a favorite gas station and fireworks stand that might be the same place, and having at least one polka played at your wedding."

But the coronavirus pandemic is keeping people from getting together to listen to cover brands, stuffing their faces with Zel's and White Castle, and scribbling their best material on “You Know You’re From ‘da Region If…” boards.

"In following Governor Holcomb’s Executive Order, Mayor Thomas M. McDermott, Jr. and the 219 Day Committee feel it is not appropriate to hold an in-person event for 219 Day this year at the Hammond Civic Center," Hammond said in a press release.

While there's no party with local craft breweries and restaurants, Hammond will still continue to sell 219 Day merchandise for those looking to rep their Region roots, including T-shirts and other apparel.

"In keeping with 219 Day tradition, Mayor McDermott is offering apparel to recognize ‘da Region for 2021. This year, we will be offering men’s and women’s T-shirts as usual," Hammond said in a press release. "New this year will be face masks, hoodies and Region Strong vinyl bumper stickers."

People can buy the items at gohammond.com/shop and either pick them up at the Hammond Civic Center at 5825 Sohl Ave. in Hammond or have them shipped. All shipped orders come with a free bumper sticker.

You know you're from the Region if...

You "basically" live in Chicago

You go to a fish fry during Lent

You get stuck by a train

You never heard of Kouts

You got a dollar?

When you smell Lever and American Maze

When you bump into someone and you say "Ope!"

If you spent Friday nights at Hegewisch Records

You complain! Regardless of how great things are, you complain

When your "Great America" was Kiddieland

You can smell Zantes from your house six blocks away

You go on vacation and say you are from "Chicago"

When you have "going out" camo gear

When some messes with you and then asks where you're from: "Gary." And they leave you alone

Stuck by a freight train in downtown Hammond. Then it stops and backs up...

Hammond to give away a car at 219 Day

More details are emerging about this year’s 219 Day at the Hammond Civic Center, including that the city will give away a car.

White Castle, a Region staple, is celebrating its 100th anniversary of serving up its tiny, steamed, square sliders — one of the most iconic and influential burgers around.

White Castle, the purveyor of sliders with many locations scattered across Northwest Indiana, opened the world's largest White Castle in Orlando.

A rat piñata is pictured during a past 219 Day at the Hammond Civic Center.

Hammond is selling 219 Day merchandise this year, but the annual festival won't take place because of the pandemic.