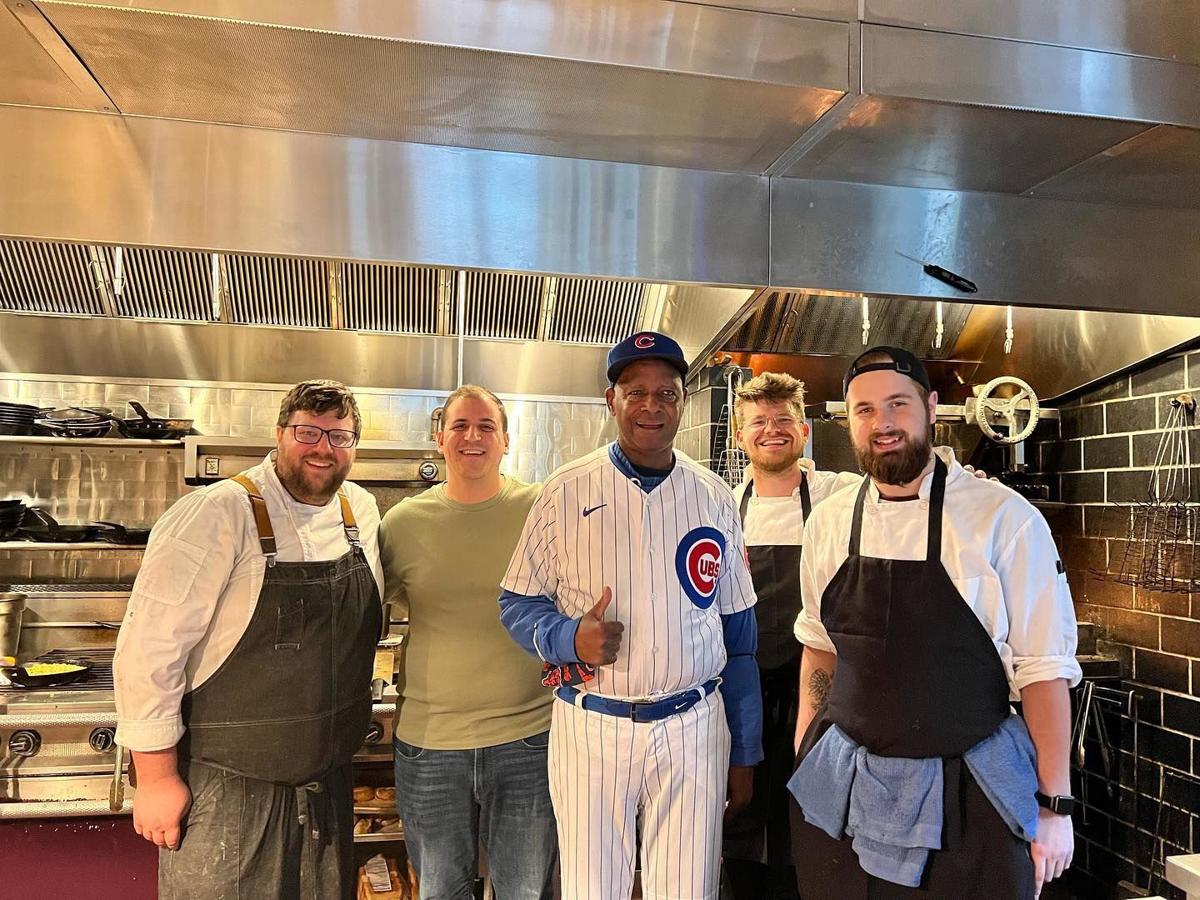 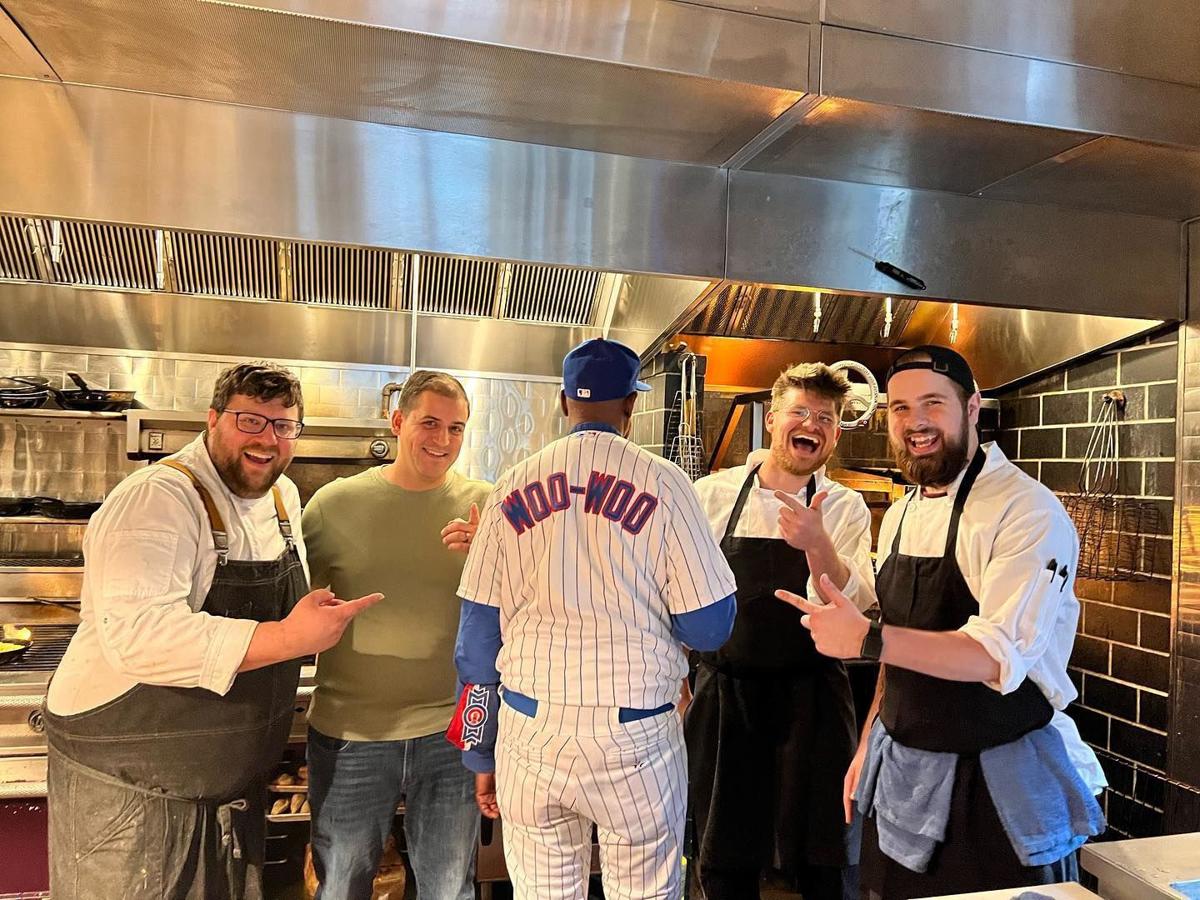 One of Chicago's best-known and longest-tenured sports fans got something to cheer about at an upscale Latin restaurant on the Historic Lake County Courthouse Square in downtown Crown Point.

Celebrity Cubs fan Ronnie "Woo Woo" Wickers dined at Provecho Latin Provisions on Sunday in full Cubs uniform with his nickname on the back of the jersey this weekend.

"He just kind of joined us and came into the kitchen and took photos with the staff," Provecho owner and chef Chris Pappas said. "We have a lot of Cubs fans on the staff. They loved it."

The longtime Cubs superfan is known for wooing raucously at Wrigley Field, where he's been a fixture since the late 1950s. Wickers has been the subject of the documentary "WooLife," starred in commercials and appeared on local media outlets like Q101.

His unflagging enthusiasm and ability to cheer loudly for hours on end during games led Harry Caray to call him "Leather Lungs." A local celebrity, he often poses for photos with fans at Wrigley Field.

"He was in town meeting with somebody," Pappas said. "The people who brought him in have dined here before."

Wickers was meeting with local filmmaker Nick Mantis, who helped produce the documentary about Wickers. Mantis was giving him 10 copies of the movie and said the friend who drove him down picked out the restaurant, a fine-dining eatery at 110 S. Main St. that specializes in Latin- and Spanish-inspired cuisine. "We talked about the documentary and Ronnie’s recent 80th birthday party at the Cubbie Bear," Mantis said. "October 31st is his birthday, but the party was on the 30th. He had the beans. He’s watching his diet. He loved them and said he wants to go back soon."

Clad in a pinstripe Cubs uniform, Wickers attracted notice at the restaurant, but no one bothered him while he ate late Sunday afternoon, either for a late lunch or early dinner.

"People kind of left him alone," Pappas said. "But he was super kind and went back to the kitchen to take pictures with the staff. It was very nice of him."

The restaurant's staff was appreciative that Wickers went out of his way to greet them and take pictures.

"He talked with us and was very nice," Pappas said. "He interrupted his meeting with his friends to make time for us. It was nice to see him, and we were happy to serve a Chicago Cubs icon. We hope he was happy visiting us."

Crown Beer Fest returns at a new venue in September

The director of industrial hygiene services for Keramide, will inform Region businesses about reopening strategies and workplace safety during the coronavirus pandemic.

Despite the coronavirus pandemic, new businesses like Jersey Mike's, Culver's, and Smoothie King continue to open in the Region.