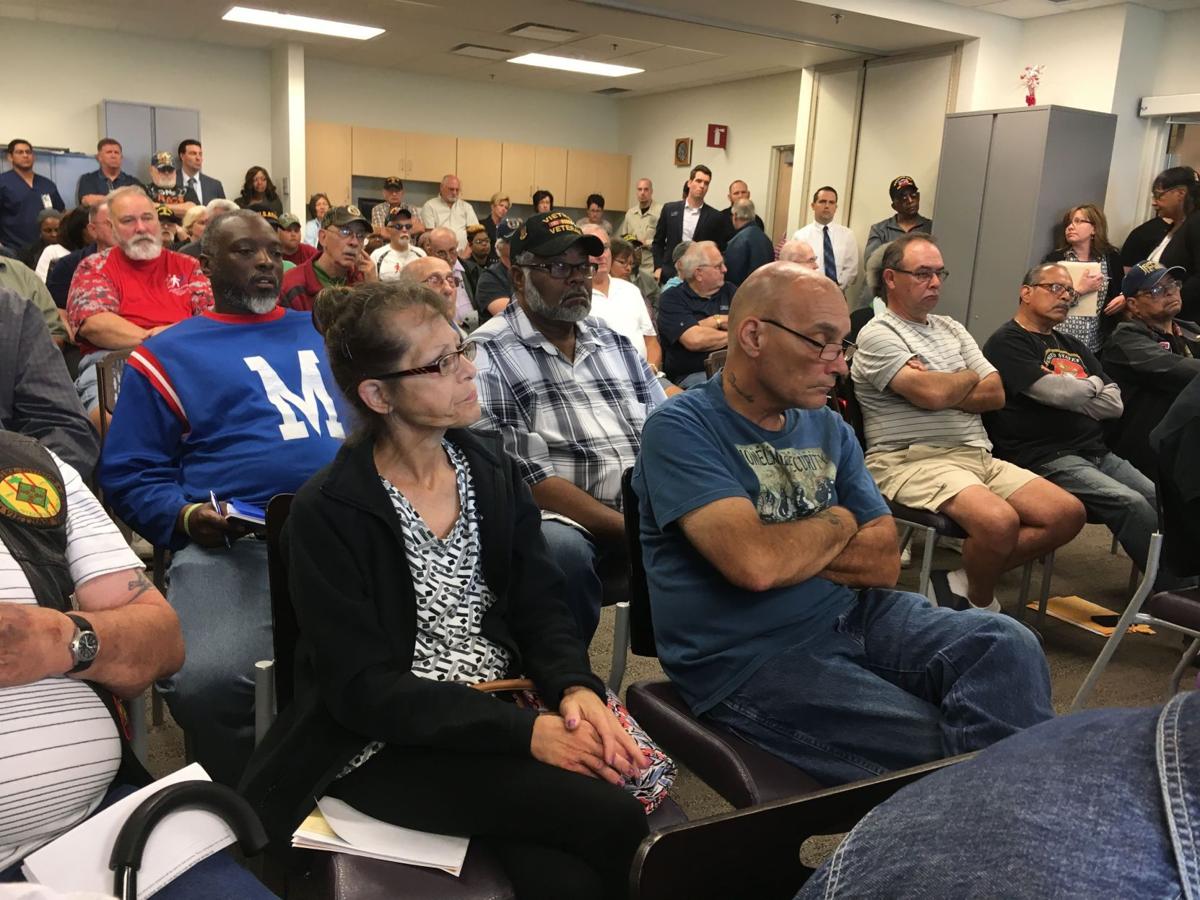 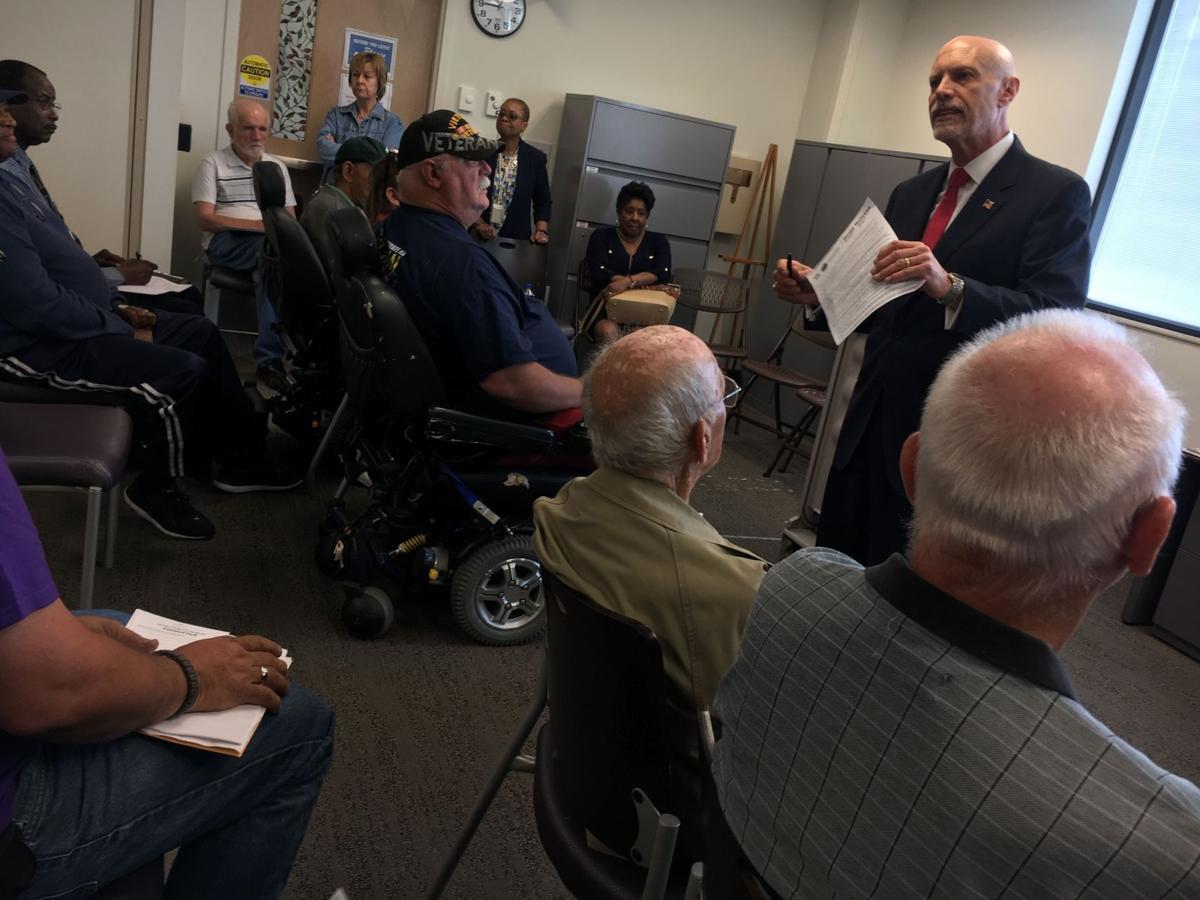 These were some of the complaints from veterans at a town hall meeting hosted by the U.S. Department of Veterans Affairs on Wednesday at the Adam Benjamin VA Outpatient Clinic.

VA officials tried to assuage the veterans' concerns by notifying them of upcoming improvements and providing one-on-one advice with promised follow-up. About 100 people attended the meeting.

Marc Magill, director of the Jesse Brown VA Medical Center in Chicago, said new VA Secretary David Shulkin has recently announced plans to make the agency more modern and efficient, such as updating its electronic health record system and allowing veterans to be seen at Department of Defense medical facilities — the nearest one to Northwest Indiana, however, is north of Chicago.

"The guy's moving fast," Magill said of Shulkin. "One of the problems the VA has had ... is this is a big battleship, and it has moved very slowly and in some cases has gone the wrong course."

He noted that the House and Senate recently passed a bill that would make it easier for the VA to terminate employees. "Firing is appropriate for any staff ... who violates VA values or ethics or laws," Magill said, adding that he has fired 22 employees since taking over as director in November.

Magill said problems with the veterans suicide crisis hotline have been fixed, as those calls are now being answered by a live person in an average of 20 seconds.

Some attendees Wednesday called for the construction of a VA hospital in the Region. The nearest one is Jesse Brown, on Chicago's West Side.

Magill said that's not happening, as there's not enough population growth to support it.

That's tough news for veterans like Thomas Bodnar, who travels from Rensselaer to either Crown Point or Chicago for medical treatment.

"Why should the VA have to pay for me to go to Chicago when I could go three blocks to my local hospital to see a local physician?" said Bodnar, who served in the Army.

The 2014 Veterans Choice Act was supposed to alleviate veterans' travel and wait times by allowing them to go to local hospitals if they couldn't get a VA appointment within 30 days or 40 miles. But that program has been beset by delays in appointment scheduling and reimbursements to providers.

Disabled Navy veteran Ikaimi Krienke, of Portage, said she feels females get substandard care through the VA. She said the Crown Point clinic doesn't have enough services for women, so she has to go to Jesse Brown more often than she should. And that facility lacks beds for women.

"I'm am at the end of a bottom of the barrel to get anything done," she said. "I'm tired of the mistreatment and sitting on list after list after list."

Magill asked if she would like to serve on an advisory committee for making improvements to Jesse Brown. She agreed to do so.

"I can't fix the legislation and the policies that have gotten to this point," he said. "If it's something Jesse Brown has caused, I can fix that. If I don't fix it, hold me accountable through my boss."

An estimated 20 veterans kill themselves in America every day.

Blind veteran from Valparaiso helps spur changes at the VA

Every time Mike O'Dette tried to fill a medication over the phone with the Veterans Affairs pharmacy, he would be instructed to type in the pr…

Ten years ago, Carlos Villarreal was serving as a Marine in Iraq when his compound was struck by mortars. He suffered hearing loss, damage to …

U.S. Sen. Joe Donnelly, D-Ind., took to the Senate floor this week to expose problems with a Veterans Affairs program that is supposed to allo…