Hoosier Lottery angling for Illinois gamblers
Share this
1 of 2 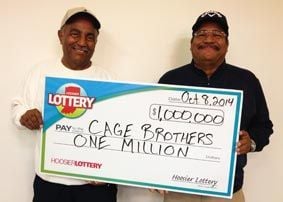 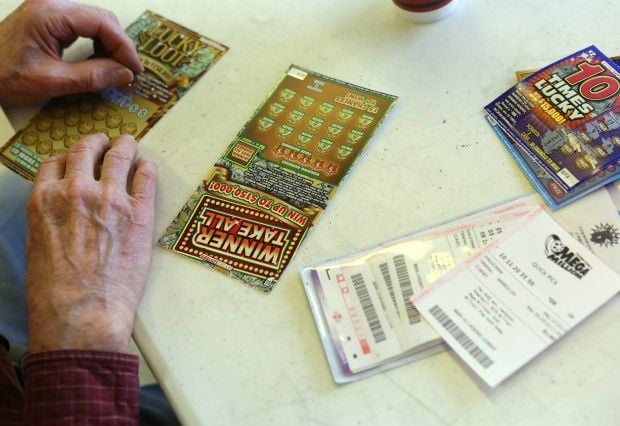 The Hoosier Lottery gave out free Mega Millions tickets Friday at The Hen in Crown Point in 2013. The lottery is now advertising in Illinois, where the Illinois Lottery hasn't made any payments in weeks because of the state's budget impasse.

The Illinois Lottery hasn't been paying winners for weeks, and the Hoosier Lottery is trying to capitalize by stepping in to fill the void.

Indiana launched a paid media campaign in Illinois and Northwest Indiana encouraging Illinois residents to cross the border to buy their lottery tickets, emphasizing they'll actually get paid in Indiana.

"The goals of the campaign are to welcome any adult to play the Hoosier Lottery, where they know that if they win, they will be paid," spokeswoman Courtney Arango said. "We'll demonstrate proof of paying valid claims by highlighting some recent winners in Northwest Indiana and Vigo and Vanderburgh counties."

The Illinois Lottery has not been paying anyone who won more than $25,000 for the last few months because of the state fiscal problems and the failure to agree to a budget in Springfield. The lottery stopped paying everyone as of Oct. 15, though select retailers can continue to pay up to $600 in winnings.

The Hoosier Lottery is dispatching lottery "street teams" promoting the lottery to border towns like Evansville and throughout Northwest Indiana. Those stops include Valparaiso on Tuesday, Portage on Nov. 9, and LaPorte on Nov. 20.

Another event will take place at the K&D Marathon in Hammond between noon and 1 p.m. Nov. 18, when one player will win a full year's worth of Daily 3 or Daily 4 draw game tickets.

CHICAGO | Illinois Lottery ticket sales dropped to the lowest point yet this year in October, the same month lottery officials announced they …

INDIANAPOLIS — While the house always wins in the long run, the fun of gambling comes from believing that anything can happen on a single roll…

SPRINGFIELD | The lack of progress on solving the Illinois' budget mess had some lawmakers offering up unique ideas to break the logjam Tuesday.

The Hoosier Lottery gave out free Mega Millions tickets Friday at The Hen in Crown Point in 2013. The lottery is now advertising in Illinois, where the Illinois Lottery hasn't made any payments in weeks because of the state's budget impasse.