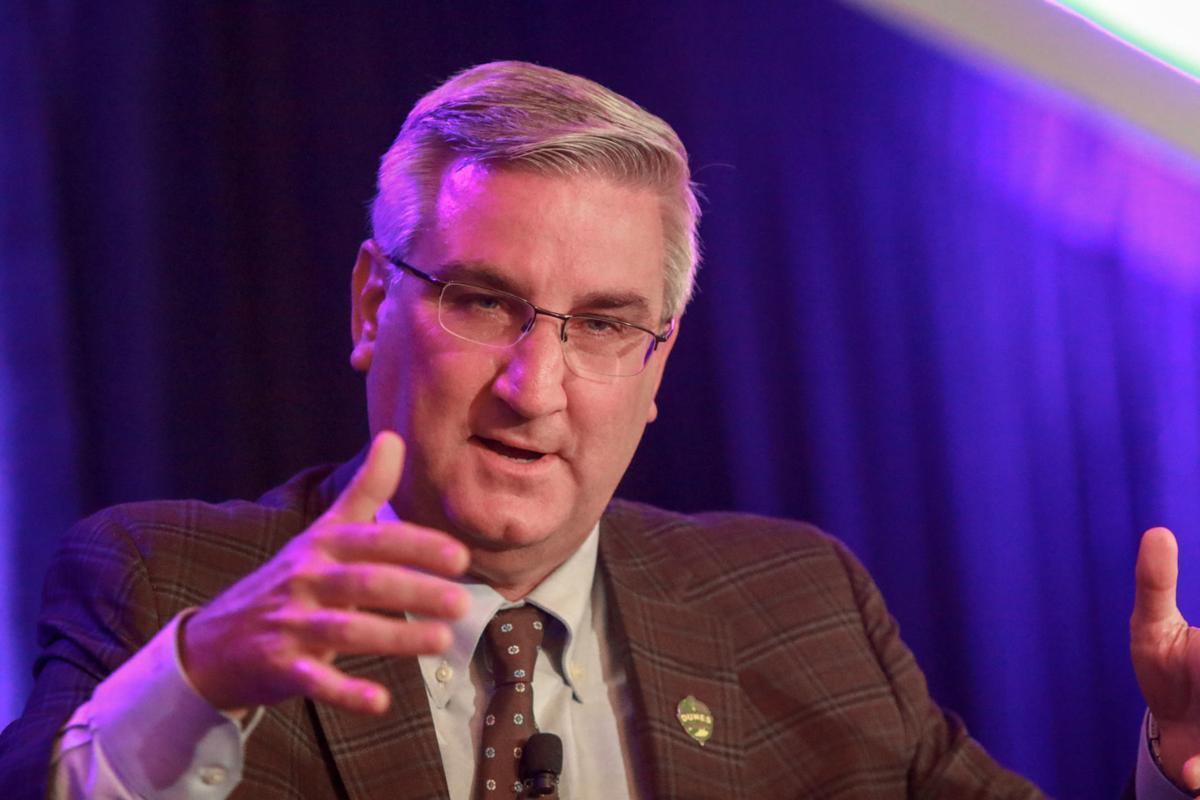 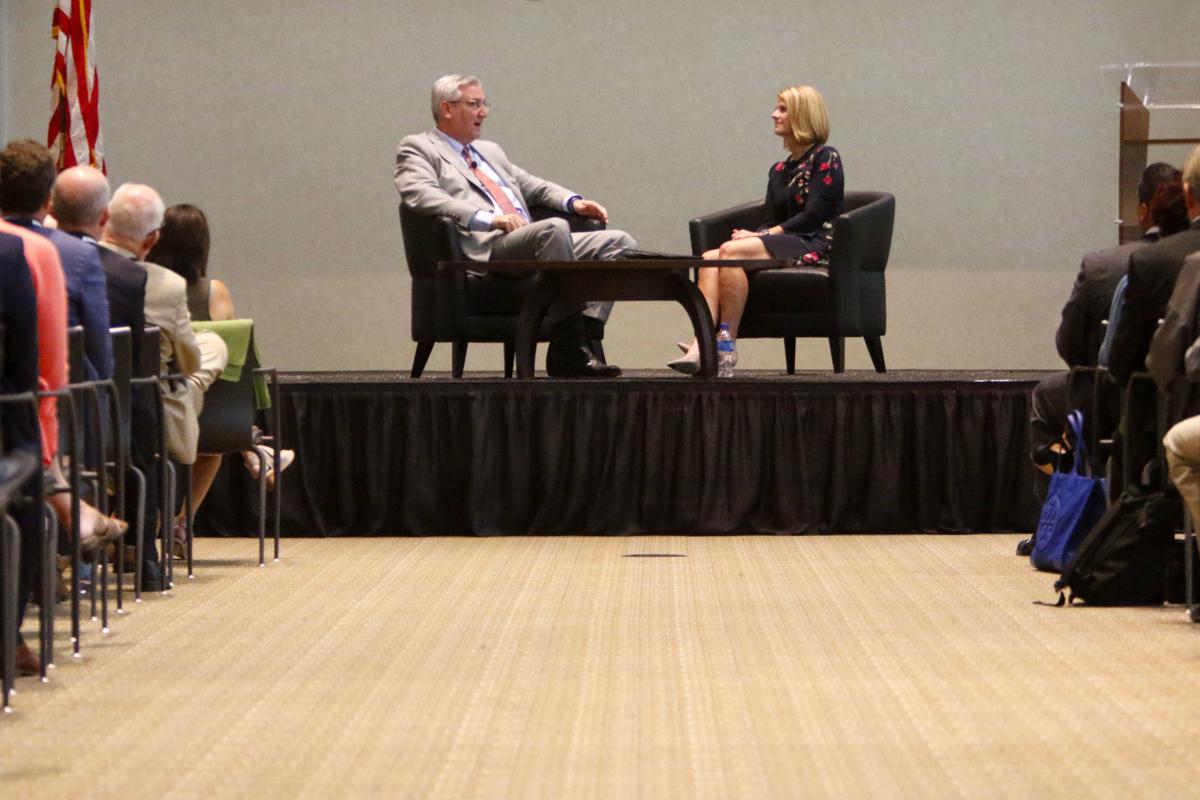 Gov. Eric Holcomb, left, speaks with One Region President and CEO Leah Konrady during a talk for community and business leaders Friday on the governor's priorities at NIPSCO headquarters in Merrillville.

Gov. Eric Holcomb, left, speaks with One Region President and CEO Leah Konrady during a talk for community and business leaders Friday on the governor's priorities at NIPSCO headquarters in Merrillville.

Ongoing trade tensions between the United States and several foreign nations are not deterring Gov. Eric Holcomb from continuing to personally sell Indiana overseas as a good place for businesses to invest.

The Republican is traveling this week in Japan and South Korea on a six-day trade mission promoting the Hoosier State. He'll be doing the same in China and India from Sept. 22 to Oct. 5.

"Markets are more connected now than ever before, and we're proud to support a growing global dynamic economy in Indiana," Holcomb said.

"That growth is evident in our business sector, with 1,000 foreign-owned companies throughout Indiana employing 21st century talent in communities all across our state."

In each of the four countries, Holcomb is scheduled to thank business leaders who already have invested in Indiana and hold events aimed at encouraging other companies to join them.

He's also set to celebrate the 20th anniversary of the sister-state relationship between Indiana and Tochigi Prefecture in Japan, visit Indiana's Chinese sister state of Zhejiang Province, and join the Indiana Pacers in Mumbai for the first-ever American professional basketball game in India.

"It's very important, through these turbulent times, that we show up. That we don't cut bait," Holcomb said. "People have long memories, and when you walk away that can be remembered."

"This is the state of Indiana, and our administration, doing our job, and making sure everyone knows we are not just open for business but we are a superior location for your business."

Holcomb said, notwithstanding the trade tensions, that he's encouraged "there is so much interest still in the state of Indiana" and "we seek to maximize it" — noting that the four countries on his trade mission contain approximately 60% of the world's population.

"It's a target-rich environment for us to be pitching the Indiana success story," he said. "All the activity that is going on in the Region is a central focal point that I'll be stressing. If you want to grow, come to Indiana and we can make your dreams come true too."

"They're patiently optimistic that ultimately a free and fair reciprocal trade deal will get done. The sooner the better," Holcomb said. "There is some strain to be sure. But on the other side of a renegotiated free, fair and reciprocal trade deal, we'll all be better off."

"We're committed to continuing to cultivate mutually beneficial partnerships that will create even more opportunities for Hoosiers and a shared prosperous future."

This will be Holcomb's second trade mission to Japan and India since taking office in 2017, and his first visits to China and South Korea.

The governor also has promoted the Hoosier State as a destination for business investment in France, Belgium, Germany, Italy, Hungary, Israel and Canada.

According to the governor's office, his trips are paid for using donations made to the Indiana Economic Development Foundation — not Hoosier taxpayer dollars.

Gov. Eric Holcomb is continuing his efforts to persuade more international companies to locate or expand their U.S. operations in the Hoosier State.