The world’s second-largest economy would be off-limits for investment by Indiana’s public pension funds under legislation approved Thursday by a House committee.

House Bill 1387 seeks to require the Indiana Public Retirement System (INPRS), which manages the retirement accounts of Hoosier teachers and nearly all state and local government employees, to sell-off its holdings in any business enterprise based in China or any company with “significant operations” in China.

“Significant operations” is not defined in the legislation. But myriad U.S. companies, including many in Indiana, conduct at least some business through affiliate or subsidiary operations based in China.

The divestment mandate also would apply to any company whose board of directors has a member residing in China, even if that person is a citizen of the United States or any other country.

In addition, the state would be prohibited from subsidizing direct flights from Indiana to China, and the Indiana Economic Development Corp., the state’s commerce agency, barred from opening or maintaining an office in China.

The sponsor of the measure, state Rep. Chris Judy, R-Fort Wayne, believes China “has both the motivation and capability to interfere with and impose economic or military harm on the United States and its people."

Therefore, any “economic support for and investment in Chinese entities unnecessarily increase the risk to the security and welfare of the United States and the people of Indiana.”

At the same time, the four-term representative said if China wants to continue being open to INPRS investment it simply could change its policies to match what Indiana lawmakers believe are appropriate.

No corporate leaders or business representatives spoke in favor or against the legislation during the committee meeting, an outcome that profoundly disappointed state Rep. Jack Jordan, R-Bremen.

“Where are the spokespeople that help us think this through?” Jordan asked.

This is the second legislative proposal this year that aims to put politics over profits when it comes to INPRS investments.

House Bill 1180 would mandate INPRS divest from any business enterprise that chooses, for any reason, to not support or to reduce its support for companies engaged in producing or manufacturing natural gas, oil, coal, petrochemicals, forestry products, nuclear energy or agricultural commodities, as well as any business that purchases goods or services from an enterprise seeking to reduce its use of fossil fuels. 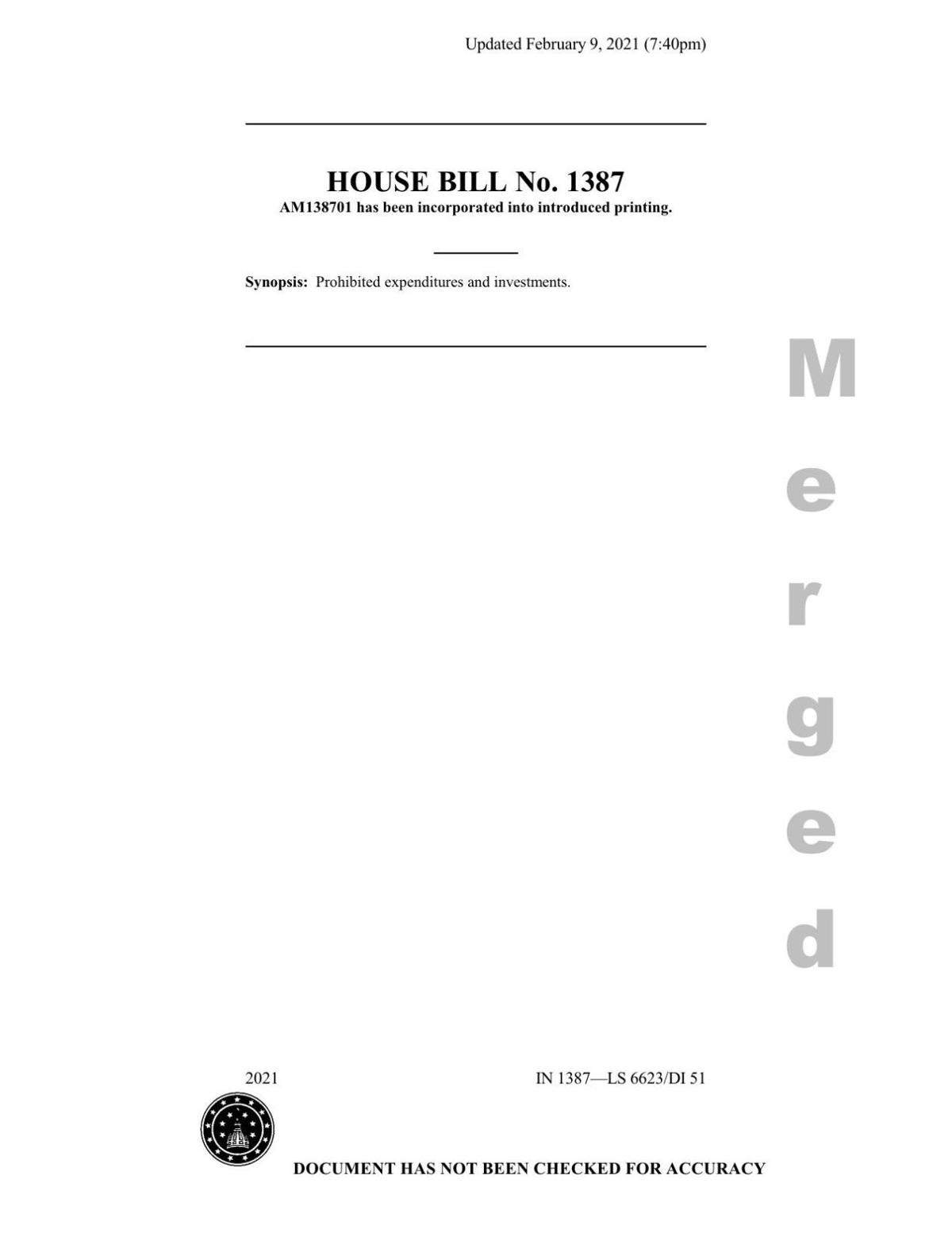 State lawmakers are considering a plan to force the Indiana Public Retirement System to divest from a broad swath of profitable companies whose business strategies favor renewable energy.

INDIANAPOLIS | The Indiana House unanimously declared this week it is opposed to efforts, primarily taking place on university campuses, encou…

Munster rep. aims to prevent any indirect ties with Iran

Two proposals seeking to politicize the investments of the Indiana Public Retirement System (INPRS) failed to advance out of the Republican-controlled House by this week’s deadline.