Unemployment plunges in Indiana, holds steady in Illinois
Share this
1 of 2 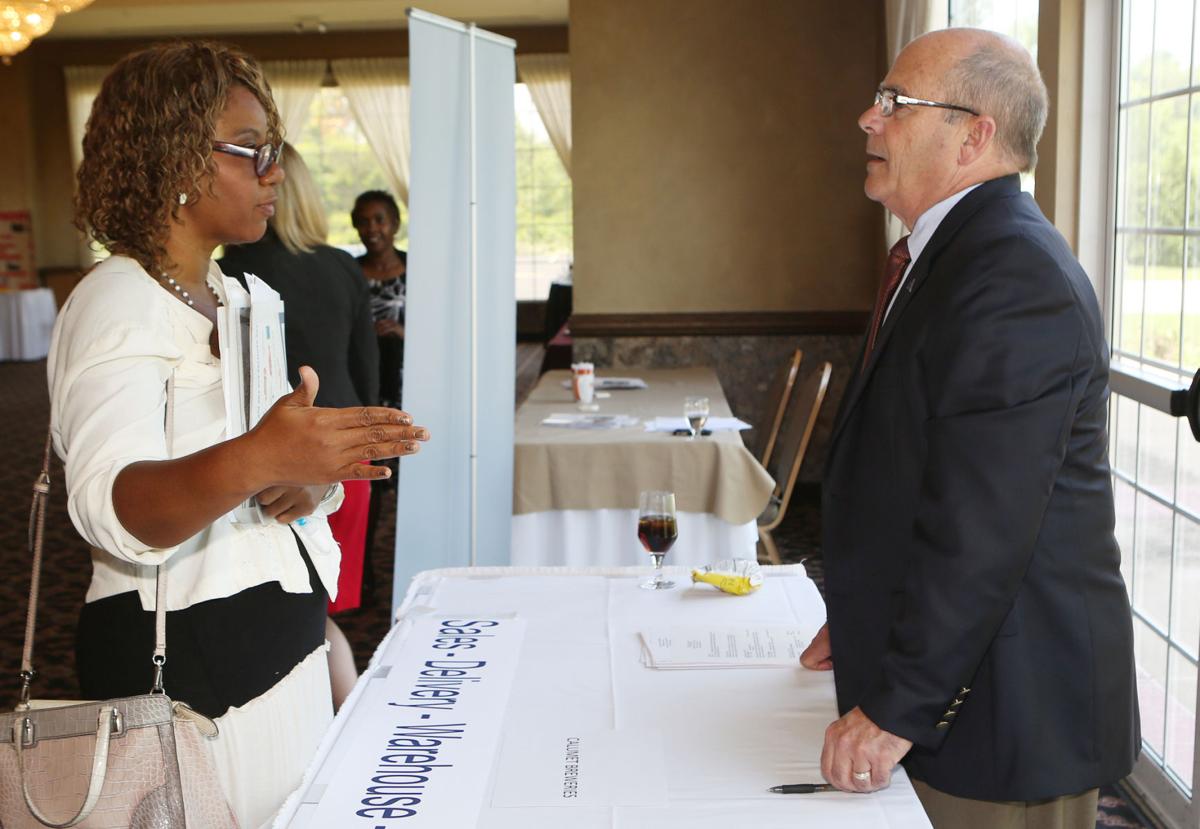 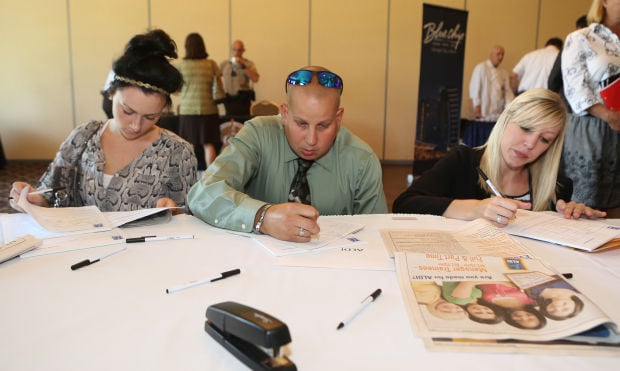 Job seekers Rada Tanasijevic, Adam Dorsch and Caroline Rapley fill out applications at the Aldi booth at The Times Diversity Business Symposium and Job Fair in 2014.

Indiana's unemployment rate fell dramatically by 0.4 percent in April as the Hoosier state added more than twice as many jobs as normal, while joblessness in Illinois held steady.

The jobless rate in Indiana declined to 5.4 percent in April after private-sector employment grew by 10,600, more than double the average of 4,000 jobs the state had gained every month over the last two years. The unemployment in Illinois stayed steady at 6 percent even though the state picked up 4,800 more jobs, mainly in the professional and business services sector.

Illinois trailed the national unemployment rate of 5.4 percent, which Indiana kept pace with in April. Both manufacturing-dependent states — which are quick to shed jobs during downturns and slow to gain them back — lag behind their Midwestern peers. Illinois has the highest jobless rate in the region, and Indiana is tied with Michigan for third highest.

In April, Indiana added 6,400 jobs in trade transportation and utilities, 2,500 in professional and business services, and 2,400 in construction.

"Indiana's sizable gains in the construction sector in April are definitely a positive indicator of economic growth as we move into the summer months," Indiana Department of Workforce Development Commissioner Steven Braun said. "Additionally, continuing claims for unemployment insurance remain at their lowest levels in 15 years, which has also been a solidly increasing trend over the past couple years, signifying Hoosiers are returning to work at a substantial rate."

The Hoosier state is about 7,800 private sector jobs short of its all-time high in employment during March 2000, when a tech bubble supercharged the national economy. Indiana hasn't been able to match the peak of 2.61 million private sector jobs since then even though the state's population has grown by nearly 600,000 people — think a city the size of Las Vegas or Milwaukee — in the subsequent 15 years.

Cross the state line, and the recovery from the Great Recession has been much slower, according to the Illinois Department of Employment Security. Illinois has gained 5,200 jobs per month over the last eight years, and is not on pace to reach pre-recession employment levels until next summer.

"At the current sluggish pace of our economic recovery, Illinois won't see a return to its pre-recession peak employment level for another year or more," IDES Director Jeff Mays said. "This is concerning, given that more than half of the country, including most of our neighboring states, have already regained their pre-recession levels."

Indiana unemployment falls under 5 percent for first time since 2008

Indiana's unemployment rate fell below 5 percent in June for the first time since February 2008, while Illinois' jobless rate dropped from 6 p…

Jobless rates rise in most NWI cities and towns

Indiana Secretary of Commerce to pitch Region in Chicago

CHICAGO — Moving a business to Indiana can result in big cost savings, Secretary of Commerce Victor Smith told a crowd Wednesday at the Real E…

Gov. Rauner threatens to 'rip the economic guts out of Indiana'

Unemployment dropped in Indiana and Illinois in February, but both states still lag behind the rest of the country and their Midwestern peers.

Indiana's unemployment rate rose again in January despite the addition of 8,600 private-sector jobs, while Illinois' rate continued its steady…

Joblessness in Northwest Indiana rose again in December, while the region continued to have some of the highest unemployment in a state that h…

Indiana's unemployment rate ticked up by 0.1 percent in December to 5.8 percent, rising above the national average for the first time in 12 months.

Unemployment soared last month in Northwest Indiana, which already has some of the highest jobless rates in the state.

Indiana gains record number of jobs, but remains near bottom of Midwest

Despite a flurry of hiring, Indiana's unemployment rate held steady at 5.7 percent in November, a rate it's been stuck at or above since April.

Job seekers Rada Tanasijevic, Adam Dorsch and Caroline Rapley fill out applications at the Aldi booth at The Times Diversity Business Symposium and Job Fair in 2014.