Good makes good in hospitality development, management
Share this
1 of 3 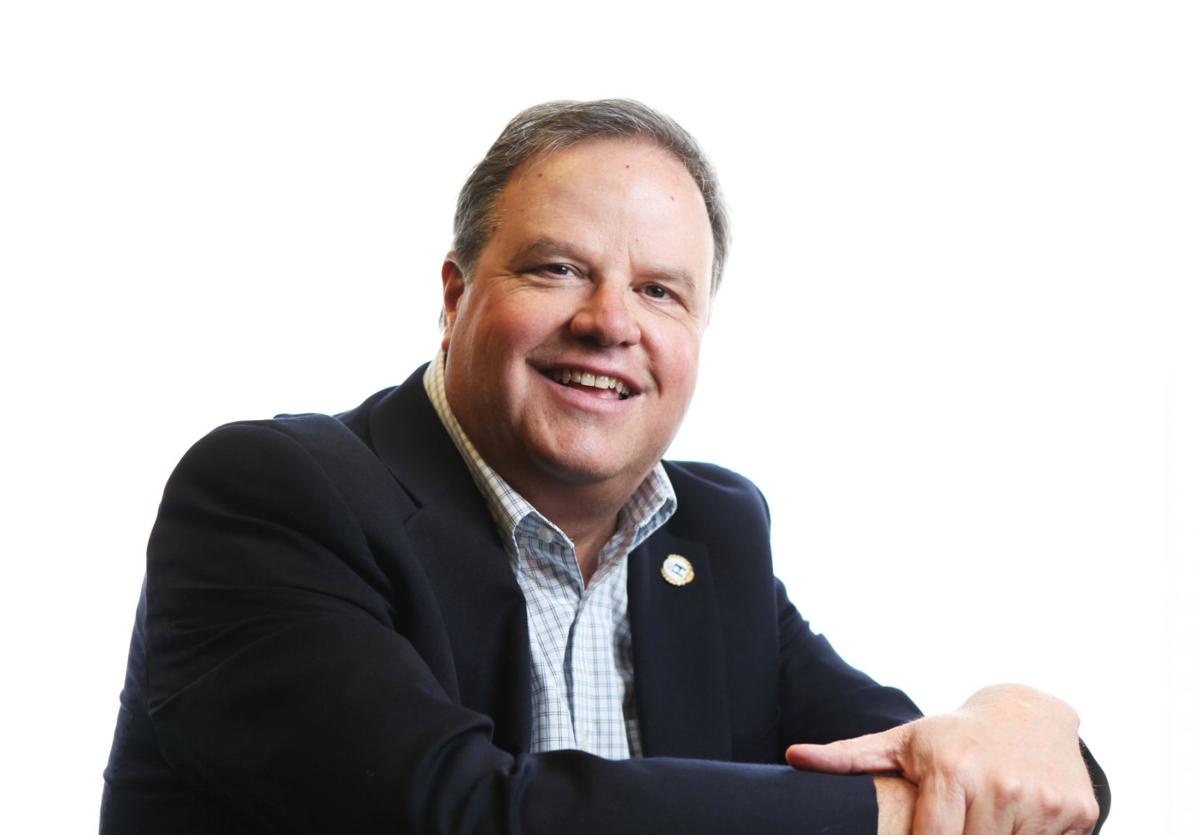 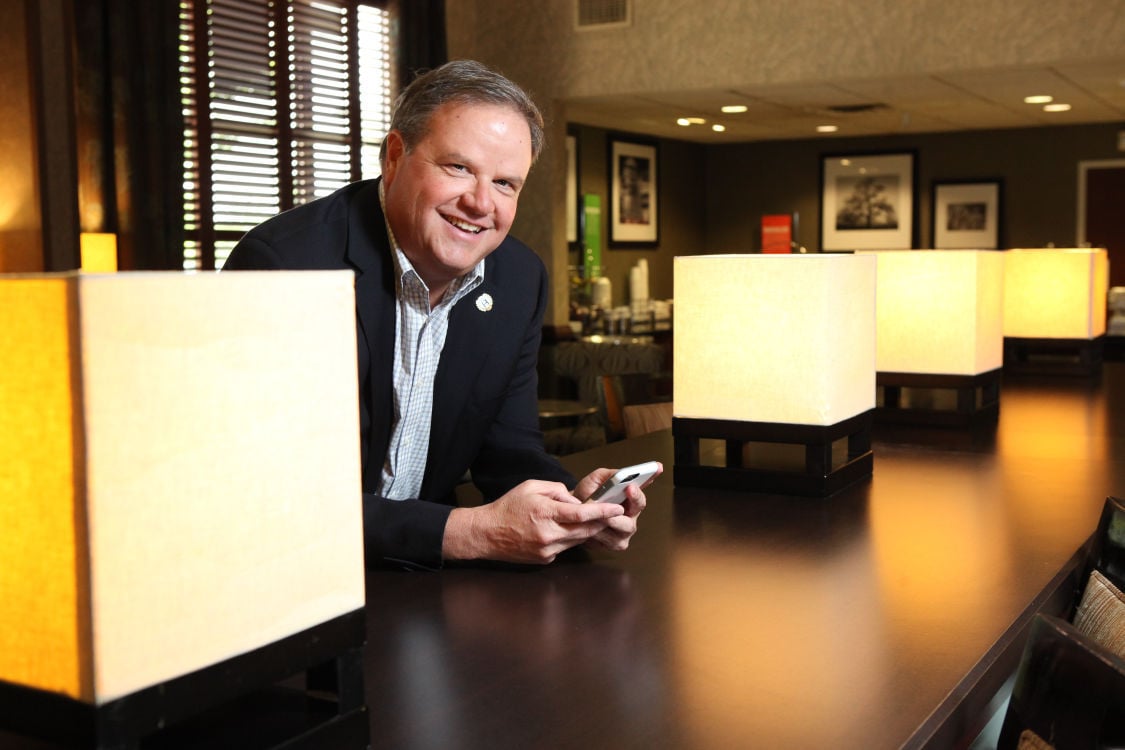 Jeff Good, president of Good Hospitality Services Inc., looks out from the front desk of the Hampton Inn, in Valparaiso. 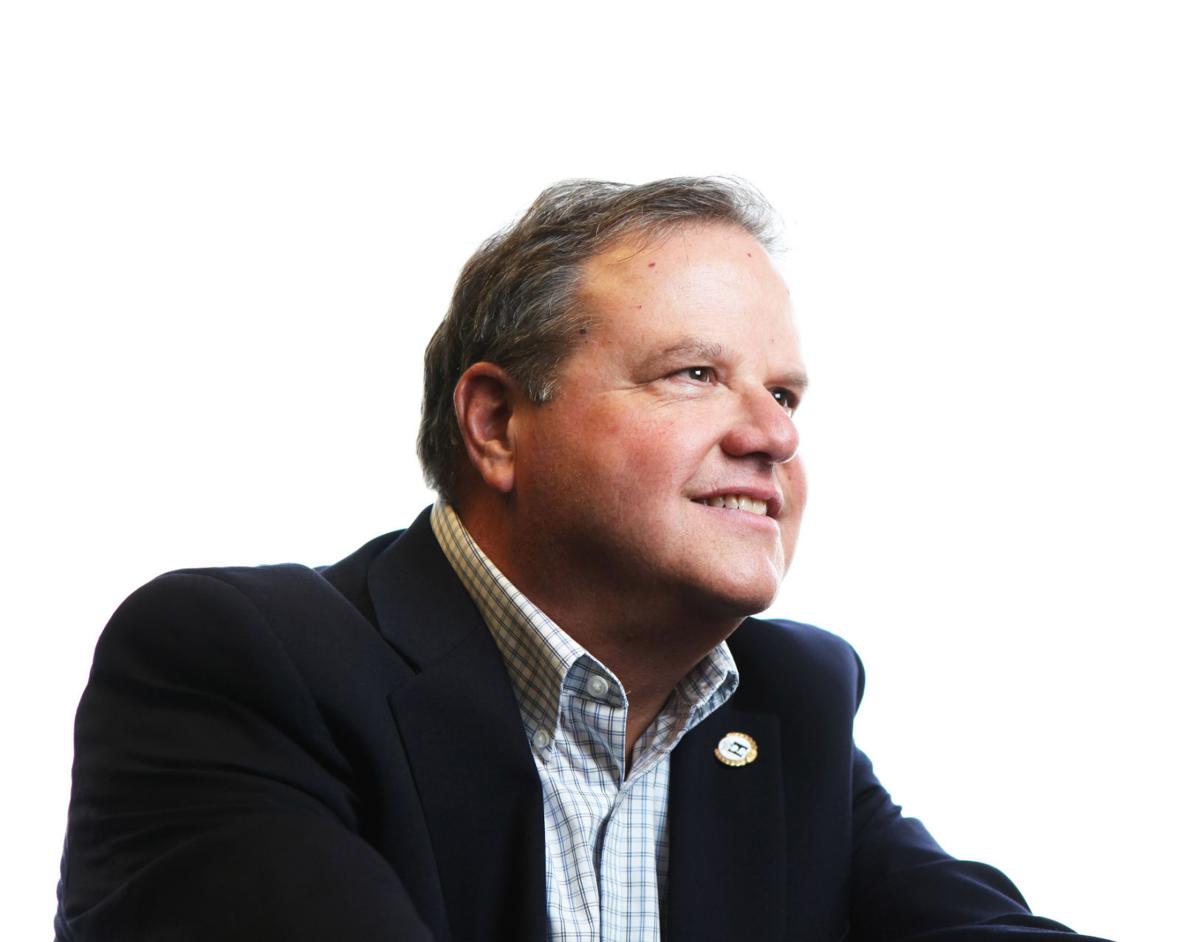 It's hard for Jeffrey J. Good to remember a time in his life when he wasn't working.

Good, the 55-year-old president of Good Hospitality Services Inc., was in sixth grade when he began shoveling sand at his family's Morgan Township business, Good and Sons Construction.

It was the type of summertime work that got him the still-remembered nickname of "Grandpa's little helper."

"I grew up building things. By the time I got to college, I knew how to build things," Good said.

Good in 1986 received a degree in restaurant and hotel management from Purdue University, but not before first starting and then quitting Indiana University for two years to determine what he wanted to do with his life.

In the two-year interim he worked a number of jobs including as a hired hand, a janitor and even a boys baseball and basketball coach.

"I didn't just land on this. It took a long time to get here," Good said of his present company.

After receiving his degree from Purdue, Good was hired right out of college to work as a general manager in Indianapolis for Taco Bell, which had been newly purchased by Pepsi.

About a month before Good was slated to begin that managerial position, he instead was asked to head to Marlton, New Jersey, to serve as Northeast Region Real Estate Coordinator for Taco Bell.

Good, who had received his real estate license when he turned 18, headed to New Jersey where he served as general manager and real estate coordinator over 22 states.

At one point in his East Coast career, the vice president of real estate for Taco Bell stepped down and Good also served as interim head of that department taking on the work but not the title.

"I learned a lot including that I didn't want to work for corporate America," Good said.

Good moved back to Northwest Indiana in the early '90s, working his way up to the position of vice president of operations and development for Carlton Lodge.

The company serves the hospitality industry by providing hotel development and construction, as well as management services in five states: Indiana, Michigan, Ohio, Iowa, and Florida.

One of the company's newer projects, which opened this spring, is a 102-room extended-stay Home2Suites by Hilton hotel in the 15-story Consolidated building on Pennsylvania Avenue in downtown Indianapolis.

Good Hospitality Services partnered with Lansing, Michigan-based HRC Hotels LLC to build the first Home2Suites-branded hotel in the state at an estimated $15 million.

HRC Hotels and Good Hospitality Services own and operate four other hotels in the Indianapolis market, including the Historic Preservation Adaptive Use Award-winning Homewood Suites by Hilton on Meridian Street, which Business Insider Magazine recently ranked as one of the Top 10 Best Hotels under $200 a night in the United States.

Over the last two decades, the Valparaiso company has built 90 hotels under nine different brand names across the country, primarily in the Midwest.

Brian Gilchrist, executive vice president for Good Hospitality, said he has known Good for 20 years and has worked for him for the past 10 years.

Gilchrist said the secret to Good's continued success is that he hasn't lost sight of the fact that things are only complicated if you want them to be complicated.

Good is a boss who manages what is in front of him, is a very direct communicator and leads by example, Gilchrist said.

"He seems to be that person who will not run away from a challenge or the not-so-comfortable topics and will address those head-on," Gilchrist said.

"He typically is someone who acts on his words. He walks the walk and doesn't just talk the talk. He's willing to put in that time and energy."

In addition to serving as president of Good Hospitality Services, Good also serves on the Porter County Board of Commissioners and served on the Porter-Starke Services board of directors. He is also a former member of the board of directors of the Northwest Indiana Regional Development Authority, where he used his development expertise to help advance some of the Region's largest public works projects.

In its early days, Good Hospitality Services started out building hotels for other franchises, Good said. Today, the company owns and operates a total of 26 properties in five states. Altogether, it has built over 90 hotels.

Good said his company has continued to succeed because it's stayed lean with controlled growth.

"We're a little picky but do things right," Good said.

Good said although most of the business focus has been in the Midwest, people in the hotel business on both coasts know Good Hospitality Services.

And the hotel business is one in which the company is always under scrutiny.

"It's a business where you are critiqued all the time," Good said.

That doesn't bother Good who, like his family before him, puts his name on his business.

"When you have the name Good and you put it on a business," Good said, "you had better perform."

"When you have the name Good and you put it on a business, you had better perform." -- Jeffrey C. Good, president of Good Hospitality Services Inc.

Who are this year's 13 Professionals to Watch? Check out this slideshow to find out!

VALPARAISO — Porter County has been awarded federal Emergency Food and Shelter Program funds through the U.S. Department of Homeland Security.

VALPARAISO | Eleven people were appointed Tuesday to a Porter County board to focus on job creation and "shovel ready" development sites.

Jeff Good, president of Good Hospitality Services Inc., looks out from the front desk of the Hampton Inn, in Valparaiso.