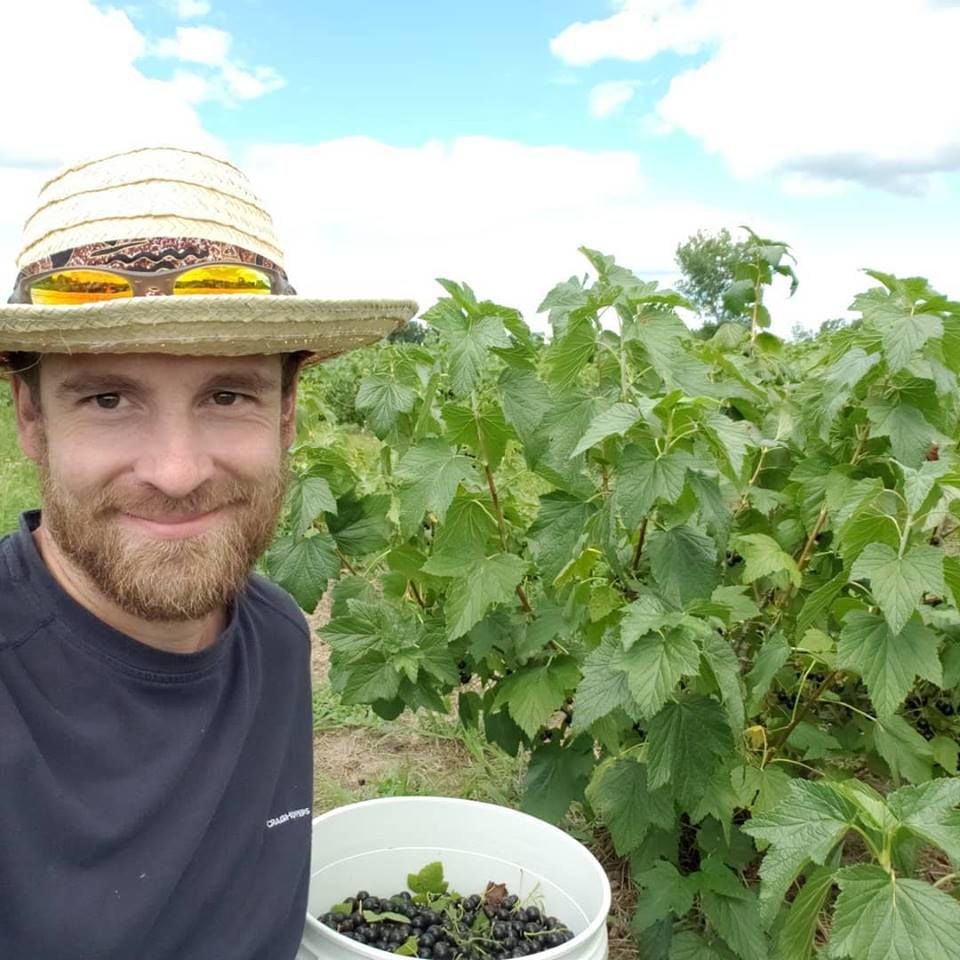 Tony Qualls is one of the founders of Manic Mead, Wine and Cider in Crown Point. 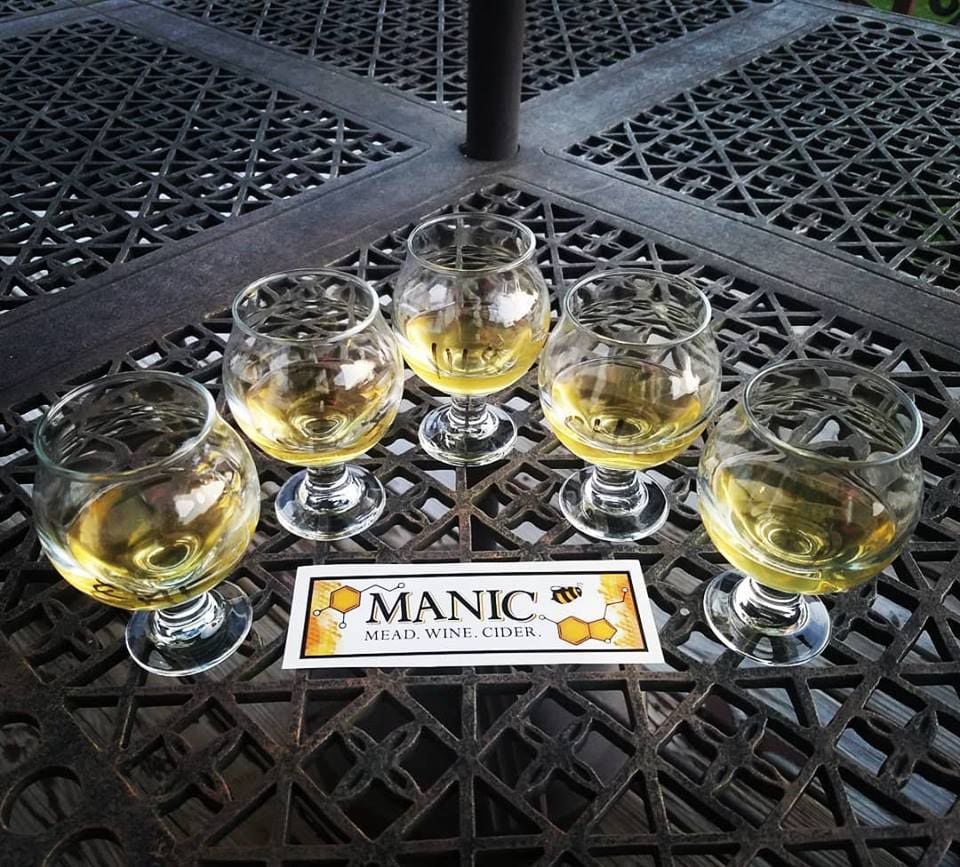 Manic Mead, Wine and Cider plans to open this October. 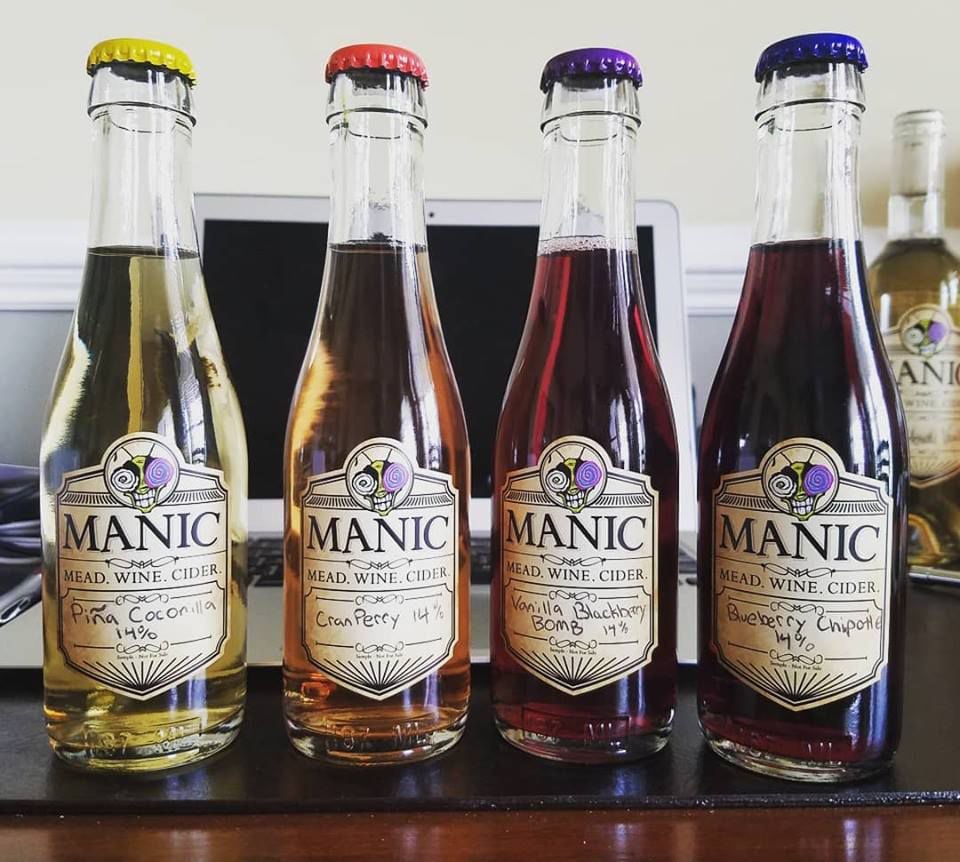 A new meadery/winery will open in Crown Point in October.

A high-energy meadery/winery/cidery plans to bring some sophisticated craft beverages to Crown Point in October, including the increasingly buzzed-about mead.

Qualls, a bass player who toured the country with the band Groovaton during the early 2000s, already has won acclaim for his meads, including first place for sweet berry mead in the prestigious Mazer Cup International earlier this year.

"I randomly made wine in the past and did my own homebrewing when I discovered Misbeehavin' Meads in Valpo and tried Viking Blod mead at Beer Geeks in Highland," he said. "I liked it and I started making it when I abruptly lost my job in June of last year, and decided I didn't want to stay in the field of corporate entertainment production."

Qualls became very involved with online forums and sought to learn from mead-makers such as Schramm's Mead and B. Nektar in Ferndale, Michigan, which is considered the mecca of modern craft mead.

"I contributed a lot and learned a lot from both pro and hobby makers," he said. "There's really been a Rennaissance of mead."

In Northwest Indiana, Misbeehavin' Meads and Aftermath are making mead in Valparaiso, while Boneflower Craft Mead aims to soon open a taproom, possibly somewhere in the Tri-Town area.

Qualls had thought about opening a craft brewery, but worried the market was already saturated, so he studied to learn the craft of mead-making.

"I sort of went crazy in 2017," he said. "I made 100 different test batches and took all that empirical data and used it to make myself better. I've basically been doing it all day long, save for doing random side jobs in construction. I had the idea I would go commercial and it seemed like a better alternative than starting a new craft brewery around here."

Qualls and Cantwell have been renovating their space in an existing industrial building formerly home to Fastenal, where they've added equipment like fermenting tanks and seating for 30 to 40 people.

Manic Meadery will offer a limited selection of cheese plates and charcuterie, live music, and a wide and frequently rotating selections of meads, cider and wines made with grapes sourced from the West Coast and Michigan.

"The name comes from me having a controlled mania all my life," Qualls said. "I'm a very busy person because I have a hard time relaxing. I just move from one project to another."

He channels that energy into trips to procure fruit like elderberries from local fields and farmstands.

"Michigan is a playground of fruit and honey," he said.

Eventually, Manic Mead hopes to buy a parcel of farmland near Crown Point where it can tend bees, produce honey and grow fruit. It may also can or bottle its cider for distribution.

Qualls envisions Manic Mead as a place for a date night or to sample new beverages. He said the vibe would be more like a Napa Valley winery than a bar. The tasting room, for instance, will feature jazz trios and acoustic duos instead of bar bands.

"We want to create a cultural experience where people can try new things and educate their palates," he said.

Manic Mead will sell bottles to go, as well as growlers for the cider.

Qualls said he was amazed Crown Point didn't already have a winery, considered its growth in recent years.

"We're very excited to be in Crown Point and contributing to the community," he said. "I have children in the schools who are five and 10 years old and plan to stay here for at least 20 years. I'm looking to bring more culture, a high-end product but with an affordable price range."

As soon as next year, Region brides will be able to tie the knot by trellises of grape vines in a pastoral Napa Valley-like setting.

The Northwest Indiana Forum will give an update this month on its "Ignite the Region" economic development plan to grow the local economy.

A fledgling meadery currently based in St. John raised nearly $110,000 through a crowd-funding campaign and built up a lot of buzz, especially…

Hunter's Brewing, a nanobrewery in Chesterton that offers an array of traditional and creative craft beers, is making its fifth anniversary br…

A new craft beer festival will take over Irwin Park in downtown Homewood on Saturday evening.

Try visiting Indy sometime other than May

True story: I was wearing a Kurt Vonnegut Memorial Library T-shirt in Chicago when the college-aged girl behind the counter asked me what that…

Mead: A new brewing trend from the distant past

Once thought of as the “nectar of the gods” and a favorite of those hard living marauding Vikings circa 1000 A.D., mead dates even further bac…

Misbeehavin' Meads in downtown Valparaiso recently took home a prestigious gold medal from the Festival of Wood and Barrel-Aged Beers in Chicago.

Local H bound to keep it copacetic in Highland

HIGHLAND — Local H, the hard-rocking alternative band that scored the big 1990s radio hit "Bound for the Floor," returns to the Region to play…

Tony Qualls is one of the founders of Manic Mead, Wine and Cider in Crown Point.

Manic Mead, Wine and Cider plans to open this October.

A new meadery/winery will open in Crown Point in October.