In this 2016 file photo, operators are seen working in the “cube” at the BP Whiting Refinery. BP was among a record 609 large publicly traded corporations that received the top score of 100 for workplace policies and practices to protect lesbian, gay, bisexual, transgender and queer, or LGBTQ, workers in the annual Human Rights Campaign’s annual Corporate Equality Index. 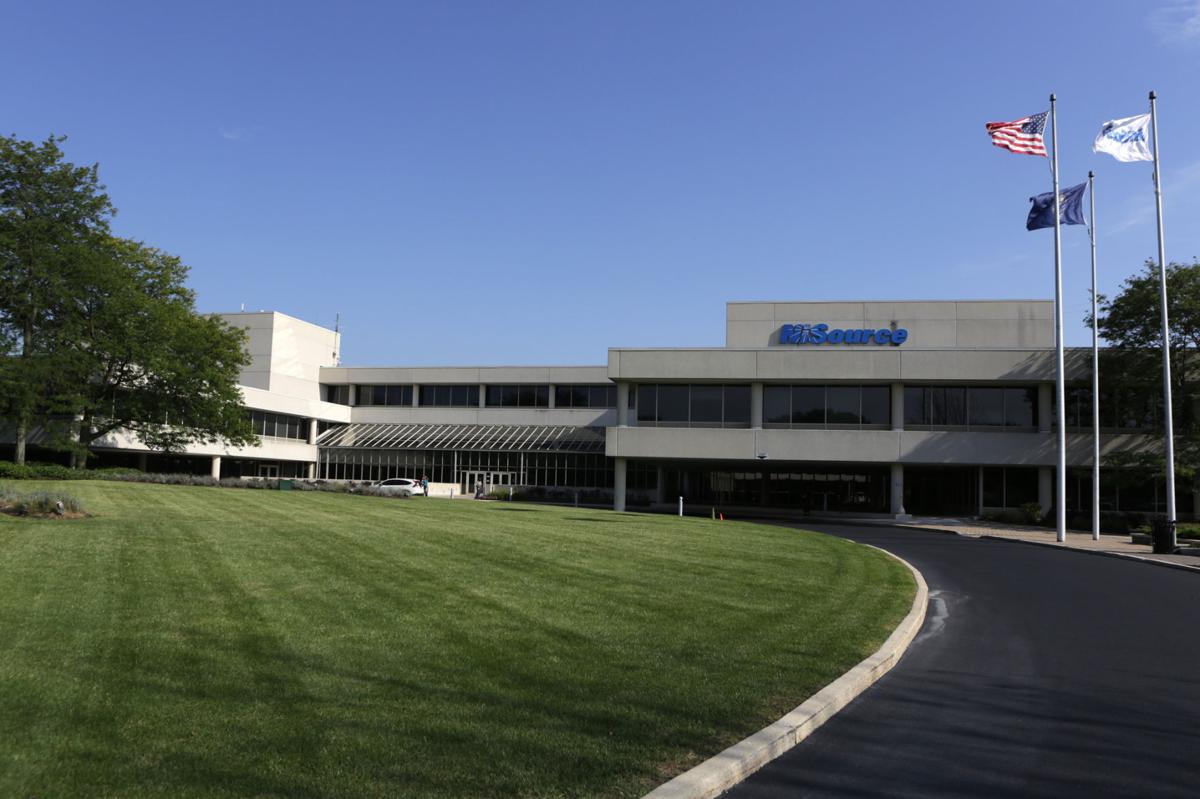 NiSource Inc. corporate headquarters are shown in Merrillville. The utility was one of many Region employers to get a perfect score on the Corporate Equality Index, which looks at workplace inclusiveness policies for gay and transgender workers.

A record 609 large publicly traded corporations received the top score of 100 for workplace policies and practices to protect lesbian, gay, bisexual, transgender and queer, or LGBTQ, workers, up 18 percent from 517 in 2016.

“The top-scoring companies on this year’s CEI are not only establishing policies that affirm and include employees here in the United States, they are applying these policies to their operations around the globe and impacting millions of people beyond our shores,” HRC President Chad Griffin said. “Many of these companies have also become vocal advocates for equality in the public square, including the dozens that have signed on to amicus briefs in vital Supreme Court cases and the 106 corporate supporters of the Equality Act. We are proud to have developed so many strong partnerships with corporate allies who see LGBTQ equality as a crucial issue for our country and for their businesses.”

NiSource, the only Fortune 500 company headquartered in Northwest Indiana, scored a perfect 100 percent on the national benchmarking survey. It was the third year NiSource was ranked and the first it was named a Best Place to Work for LGBTQ Equality.

This year, NiSource launched a new Employee Resource Group called NiPRIDE that focuses on attracting, retaining and developing LGBTQ employees at the utility.

“The diversity of our employees is ingrained in who we are, and each employee plays a role in building NiSource’s culture of inclusion and diversity,” said Carrie Hightman, NiSource executive vice president and chief legal officer, who also serves as the company’s executive inclusion and diversity champion. “This honor as a best place to work for LGBTQ equality is recognition of the many stories of our employees across NiSource that together create an environment where each employee has the opportunity to bring their true self to work and ultimately reach their full potential.”

Ford, which employs more than 5,000 workers at the Chicago Assembly Plant in Hegewisch and the Chicago Stamping Plant in Chicago Heights, also attained a perfect score.

“In 2004, Ford was the first automaker to receive a perfect score on the Human Rights Campaign Corporate Equality Index and we are proud of the people, programs and policies that have continued to earn us a perfect score each year since,” said Meeta Huggins, Ford's chief diversity officer. “Ford remains committed to supporting an environment of diversity and inclusion because we believe it makes our company stronger.”

BP, the employer of more than 1,800 workers at its BP Whiting Refinery on Lake Michigan, also got a 100 for its inclusiveness policies.

“The company recognizes the importance of being a place where people can bring their whole selves and work to their full potential,” said Michael Abendoff, BP spokesman. “Partnering with HRC and receiving a 100 percent on the CEI aligns with that goal. Our corporate values and code of conduct make clear that we are committed to treating all people with respect and dignity and that we oppose discrimination of any kind.”

“We will continue striving to make sure our workforce reflects the society in which we operate and an environment of diversity and inclusion,” Abendoff said.

Praxair, which supplies industrial gases to the refinery and the steel mills along the Lake Michigan's south shore, also was designated Best Place to Work for LGBTQ Equality after a score of 100 percent.

The company also has an employee resource group for LGBTQ employees and is offering mentoring and training programs to promote inclusion company-wide.

“We continue to implement programs, policies and training globally that foster an inclusive environment for all of our employees, which has culminated in a score of 100 percent on this important index,” said Vanessa Abrahams-John, Praxair chief diversity officer. “Receiving this external recognition for the second year in a row is a testament to the value we place on diversity and inclusion.”

U.S. Steel received a score of 10 out of a possible 100, which was largely consistent with low rankings given to others in the metals industry. Spokeswoman Meghan Cox said U.S. Steel's ranking was not based on any information the Pittsburgh-based steelmaker had volunteered or any requests for information it responded to.

"U.S. Steel is committed to attracting, developing, and retaining a workforce of talented, diverse people," she said. "We strive to foster an inclusive and diverse work environment where all employees feel valued and appreciated."

Cox said her company's code of ethical business conduct guides all employees to treat others with dignity and respect in the workplace.

ArcelorMittal, Northwest Indiana's other large steelmaker, wasn't included in the index because it is headquartered outside the United States.

Foreign steelmakers applied for permits to import 2.85 million tons of steel into the United States in November, an 8.8 percent decrease as co…

Three Kings-like merchant brings frankincense and myrrh to the marketplace

WANATAH — People have heard the Christmas carol "We Three Kings," or may have read about the Gift of the Magi.

Ford turned an annual profit of $7.6 billion in 2017, up 65 percent from $3 billion in net earnings the previous year.

BP posted one of its "strongest years in recent history" despite a $583 million fourth-quarter loss.

Merrillville-based Nisource and a company with a significant footprint in Northwest Indiana were named among the most ethical in the world.

The BP Whiting Refinery's $4.2 billion modernization project is now paying off for the London-based energy company.

NiSource, the Merrillville-based parent company of NIPSCO, made $276.1 million in the first quarter, up 30 percent from the $211.3 million it …

NiSource swings to profit of $23.2 million in second quarter

Some Calumet Region employers get high marks for being LGBT-friendly

Some large Northwest Indiana employers scored high marks for being LGBT-friendly in a new study.

GARY | Hundreds of thousands of books are published every year in the United States.

Author could not find books on gay steelworkers, so she wrote one

GARY | Two women who worked at a local steel mill hid a secret from their co-workers – they lived together and were romantically involved.

HOBART | After a long wait, Vivian Austin-Castro went on vacation with her now-wife to Hawaii for a beautiful beach wedding at a time when the…

Most main roads leading into Indianapolis have fading signs at the city limit saying it was the proud host of Super Bowl XLVI in 2012, the cul…

In this 2016 file photo, operators are seen working in the “cube” at the BP Whiting Refinery. BP was among a record 609 large publicly traded corporations that received the top score of 100 for workplace policies and practices to protect lesbian, gay, bisexual, transgender and queer, or LGBTQ, workers in the annual Human Rights Campaign’s annual Corporate Equality Index.

NiSource Inc. corporate headquarters are shown in Merrillville. The utility was one of many Region employers to get a perfect score on the Corporate Equality Index, which looks at workplace inclusiveness policies for gay and transgender workers.