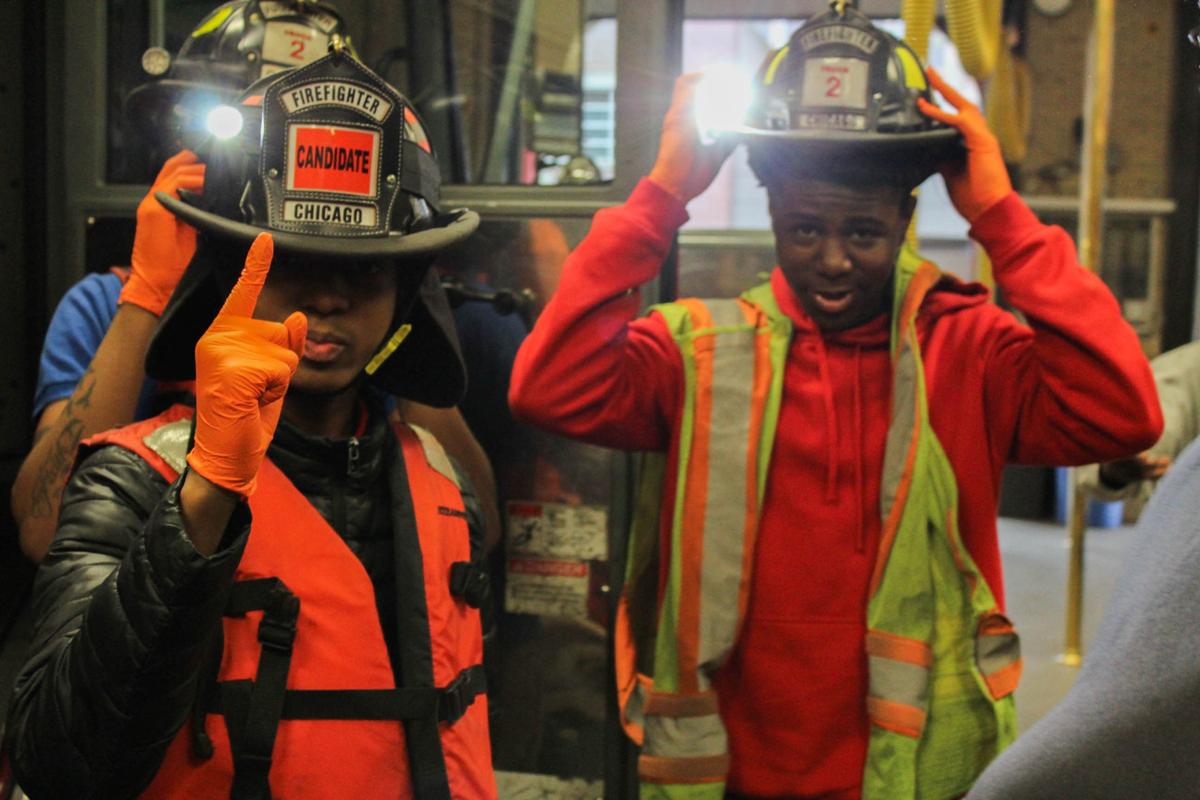 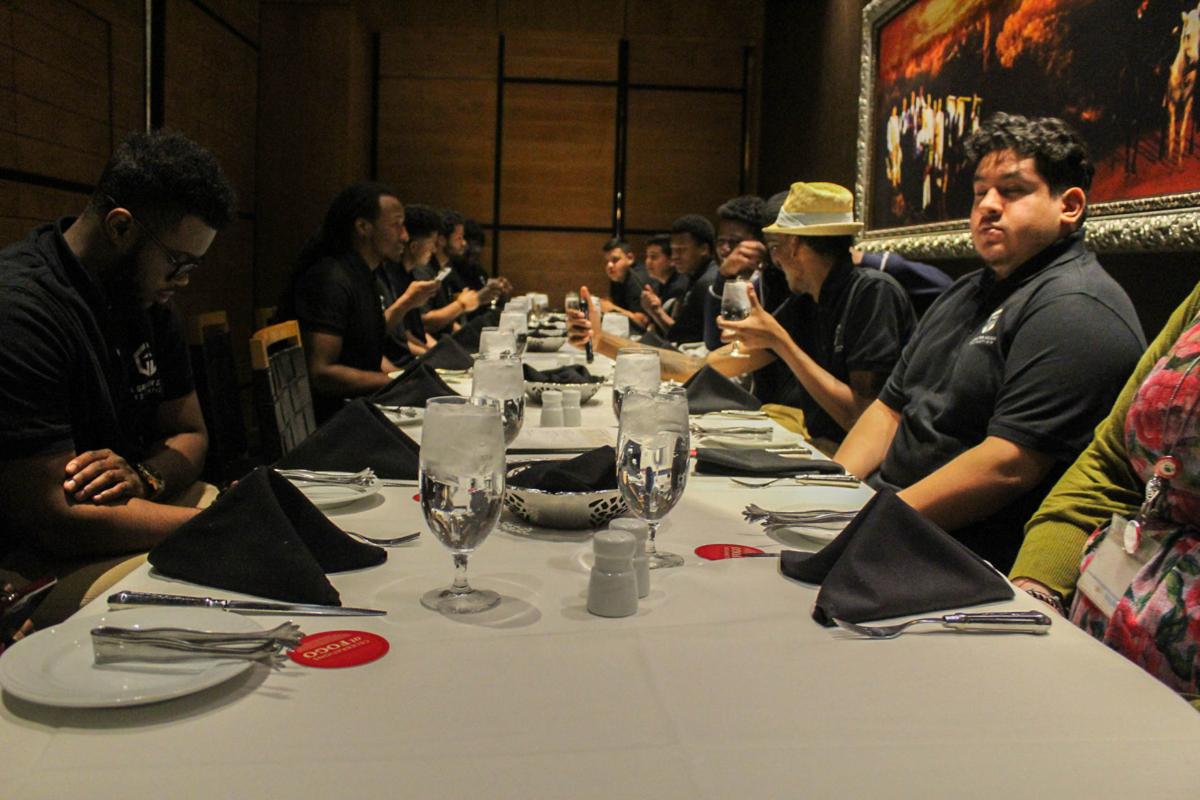 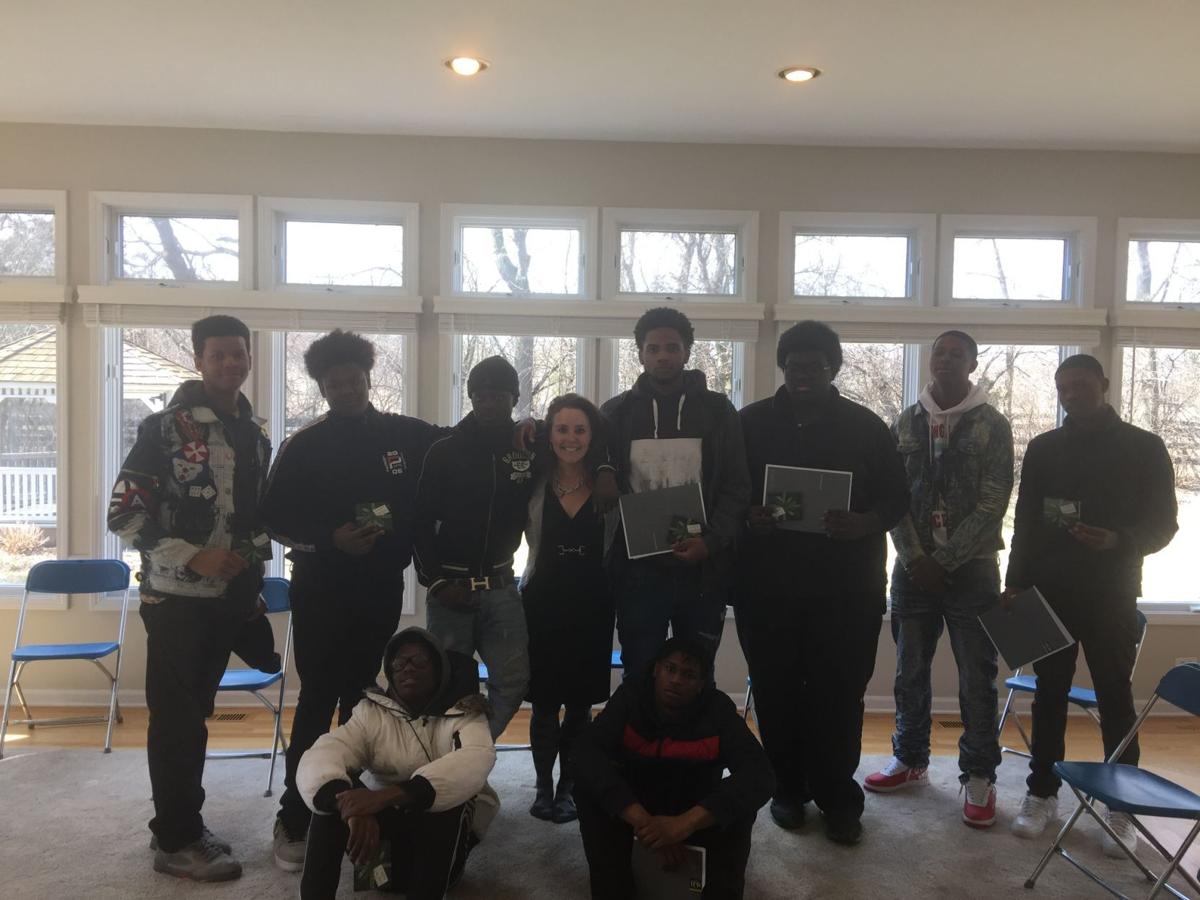 A Greater Good Foundation mentors youth in Chicago (pictured above) and is looking to open a group home for high school students in Chicago.

The Chicago-based A Greater Good Foundation and the In Zone Project that started in New Zealand plan to open up a residential group home for at-risk high school-aged kids in Gary who will attend Calumet High School and be groomed for college and professional careers.

A Greater Good Foundation President Charles Carter Jr., a Calumet graduate, and In Zone President and Founder Terrance Wallace, the subject of a documentary that be screened in the fall at the Chicago International Film Festival, are launching AGreaterU, which will focus on skill building and personal development in a shared home near the high school in Calumet Township.

Carter said the initiative is crucial at a time when so many schools have been closing in Gary and hopes to eventually open a boarding high school similar to Culver Academies in the Steel City.

They are now taking applications for students who will become high school freshmen next year. An initial cohort of five to seven students evenly balanced between high-risk, medium-risk and low-risk will live in a home near the high school under 24-hour supervision during weekdays, go on college campus tours, visit offices and other workplaces, and be given extensive mentorship, including peer-to-peer learning. They will stay all four years of high school, and a new freshman cohort will move in and join them each year.

Carter founded A Greater Good Foundation to provide mentorship to at-risk youth on the west side of Chicago and in west Cook County. When he looked to open a group home, he was connected with Wallace, a Chicago native who moved to New Zealand in 2009 and created a group home for marginalized native youth so they could attend the Auckland Grammar School, one of the best schools in the country. The minority students he's mentored have gone on to pursue careers as doctors, engineers and scientists, and even sing at the Sydney Opera House in Australia.

He's since returned to Chicago and opened a similar group home in the tony suburb of Barrington for youths from Chicago's troubled Englewood neighborhood, a journey that was chronicled in the documentary "In Zone," a version of which has been screened at the prestigious Toronto International Film Festival.

"They were high school-aged kids at the risk of falling through the cracks, but he got them the best resources and the best educators they otherwise wouldn't have access to, and they make tremendous improvements in their reading and math scores," Carter said. "But he realized Chicago was a lot worse than when he had left, so he came back."

Communities across the country have expressed interest in the In Zone Project, and it's looking to launch in Cleveland, Detroit, Miami, Los Angeles and New York after first helping Carter establish AGreaterU in Gary.

"This will be the first intra-city In Zone, where the home won't be outside of the community," Carter said. "While Calumet Township is still low-income, it does not experience the same crime as the broader city of Gary. A big part of this is removing the students from a dangerous environment to where they're move safe and secure."

Students will be able to return home on weekends and holidays, but the idea is to create a surrogate family complete with mother and father figures, Carter said. The home will be a carefully curated mix of high-risk students with behavioral issues and those who are academically stronger who can exert a positive influence on their peers.

AGreaterU will start out serving boys, and be expanded in the future to include a girls' home. Participants will have structured schedules, work internships, financial literacy classes, proper nutrition and extensive academic support, including all the tutoring they need on any subject. They'll be supervised 24/7 by volunteers from the Embassies of Christ Church in Gary, and taught pillars of personal development in an effort to instill a culture of success.

"We want a place that will love them back into safety," Carter said. "It will be non-institutional. Every young man will get a room and a bathroom. Research has shown the institutional social services create a prison mentality."

They will be taught life skills like how to budget and establish credit, given all the tutoring they need, and taken around to college campuses and workplaces to encourage them to think about what they want to do with their life. They will attend church services daily and eat meals around the dining table together.

"A lot of children want to be rappers, basketball players or NFL players," he said. "It's all they get exposed to in the community. We want to expose them to corporate environments, to see what it's like to work in construction management, as a doctor or a professional."

Wallace said In Zone has shown that removing negative influences from young people's lives and steering them toward furthering their education gives them the tools to succeed in life.

"I've seen racial tension and walls come down," he said. "We all hope for the same things, regardless of the color or our skin or social background. It doesn't take government to create change. We can look to have impact and create momentum. Instead of complaining, we can look at what's working and come up with solutions."

Meyers Glaros Group Managing Partner Will Glaros, who's been helping with the project in an advisory capacity, said the Region could greatly benefit from the initiative to teach young men skills and give them opportunity to grow.

"Taking at-risk kids and giving them core life skills and support to turn them around onto a productive track would be a great thing for Northwest Indiana," he said. "Mentoring and teaching these young men is something that's scalable and could have a big impact on the Region."

AGreaterU will accept its first batch of students this fall. To apply, visit agreatergoodfoundation.org or inzoneproject.org

The National Weather Service has issued a severe thunderstorm warning for Lake and Porter counties until 9 p.m.

Hoosiers have been getting better educated

Nearly 53 percent of native Hoosiers had at least some college by 2016, an increase of 7 percent from a decade earlier.

Multiple residents urged the Little Calumet River Basin Commission to not let Maya Energy use land by the river for a $50 million, 165,000-squ…

UPDATE: Bodybuilder overpowers, pins down would-be carjacker in Dyer: 'It was crazy'

An extremely muscular self-described athlete overpowered, slammed to the ground and pinned down a would-be carjacker who allegedly flipped a s…

The Meyers Glaros Group of Schererville, a one-stop shop for insurance and employee benefits, will merge with Regnier Insurance Services of Hi…

Meyers Glaros Group, one of the largest employee benefit and insurance providers in the Region, plans to move to a new headquarters in Merrill…

What a difference a year makes.

CEO: Leaders of future must be human first

HOBART — Being able to lead is not enough in a world driven by innovation, leadership expert Maria Wynne told a crowd Thursday at the Indiana …

People around the world were captivated by the story of the Gary "demon house," where a woman and her three children claimed to be possessed b…

The last time the United Steelworkers union negotiated new contracts with ArcelorMittal and U.S. Steel back in 2015, conditions were very different.

More than 35,000 Lake County residents commute to Illinois for work

More than 12 percent of Lake County residents commute to work in Illinois, mostly to Chicago, where higher wages and better opportunities awai…

A Greater Good Foundation mentors youth in Chicago (pictured above) and is looking to open a group home for high school students in Chicago.