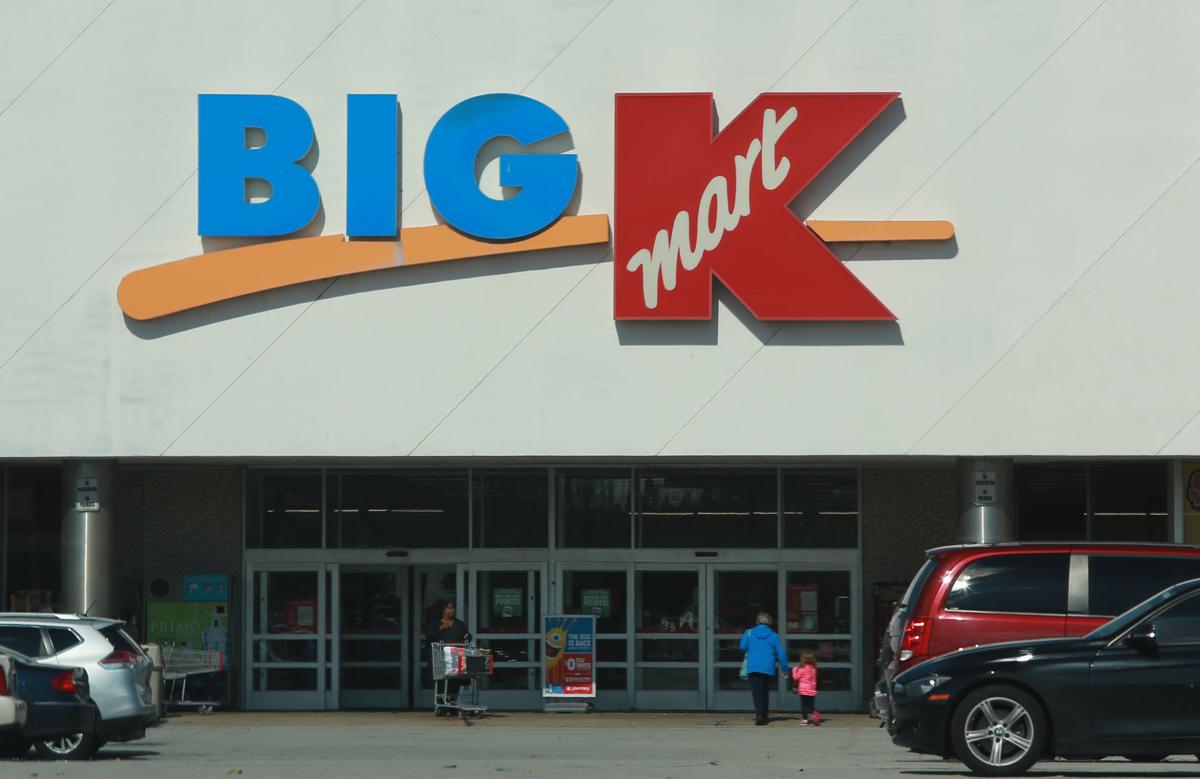 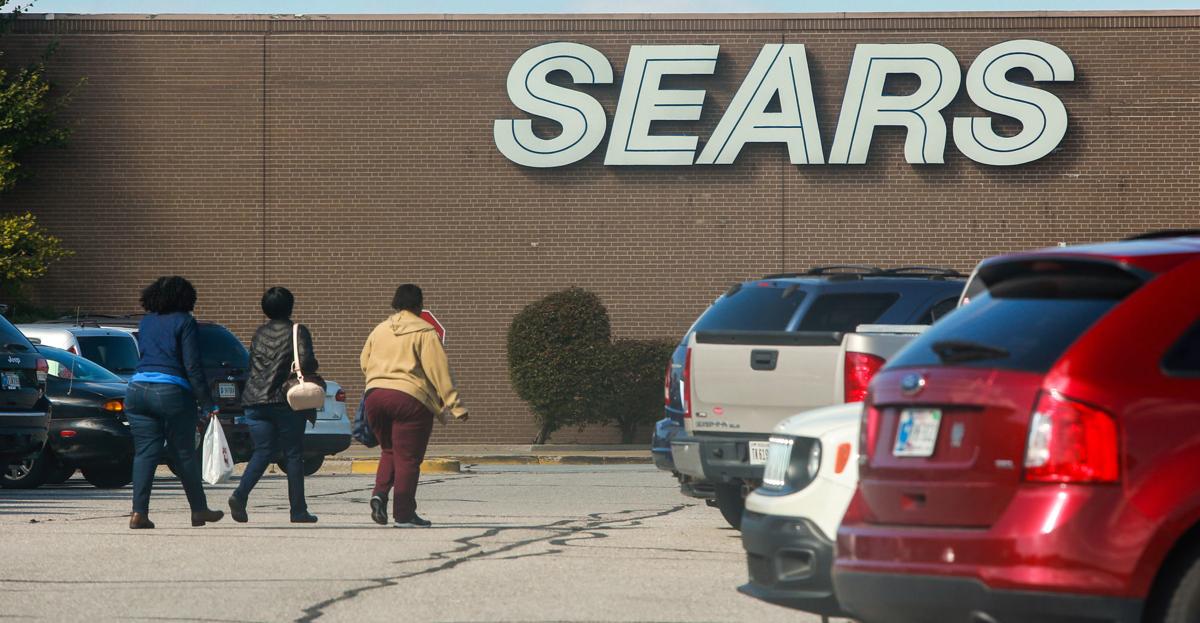 Shoppers walk into Sears on Monday at Southlake Mall in Hobart. The store is not slated to close yet. 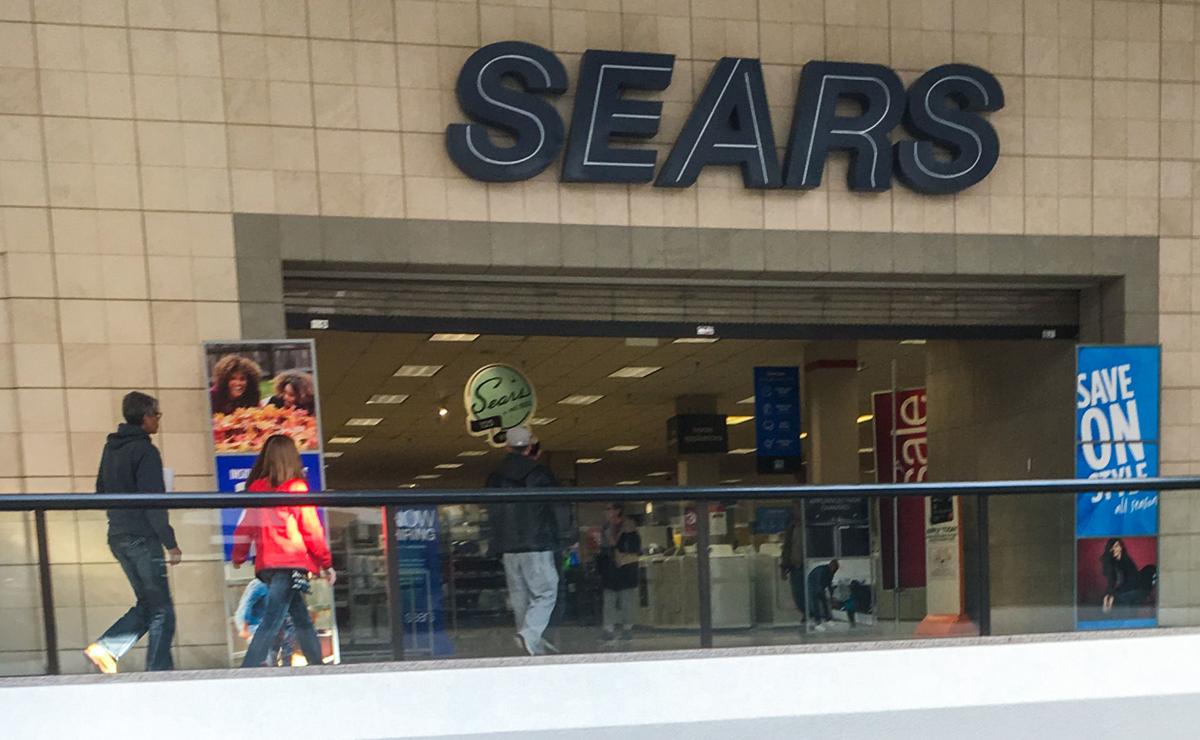 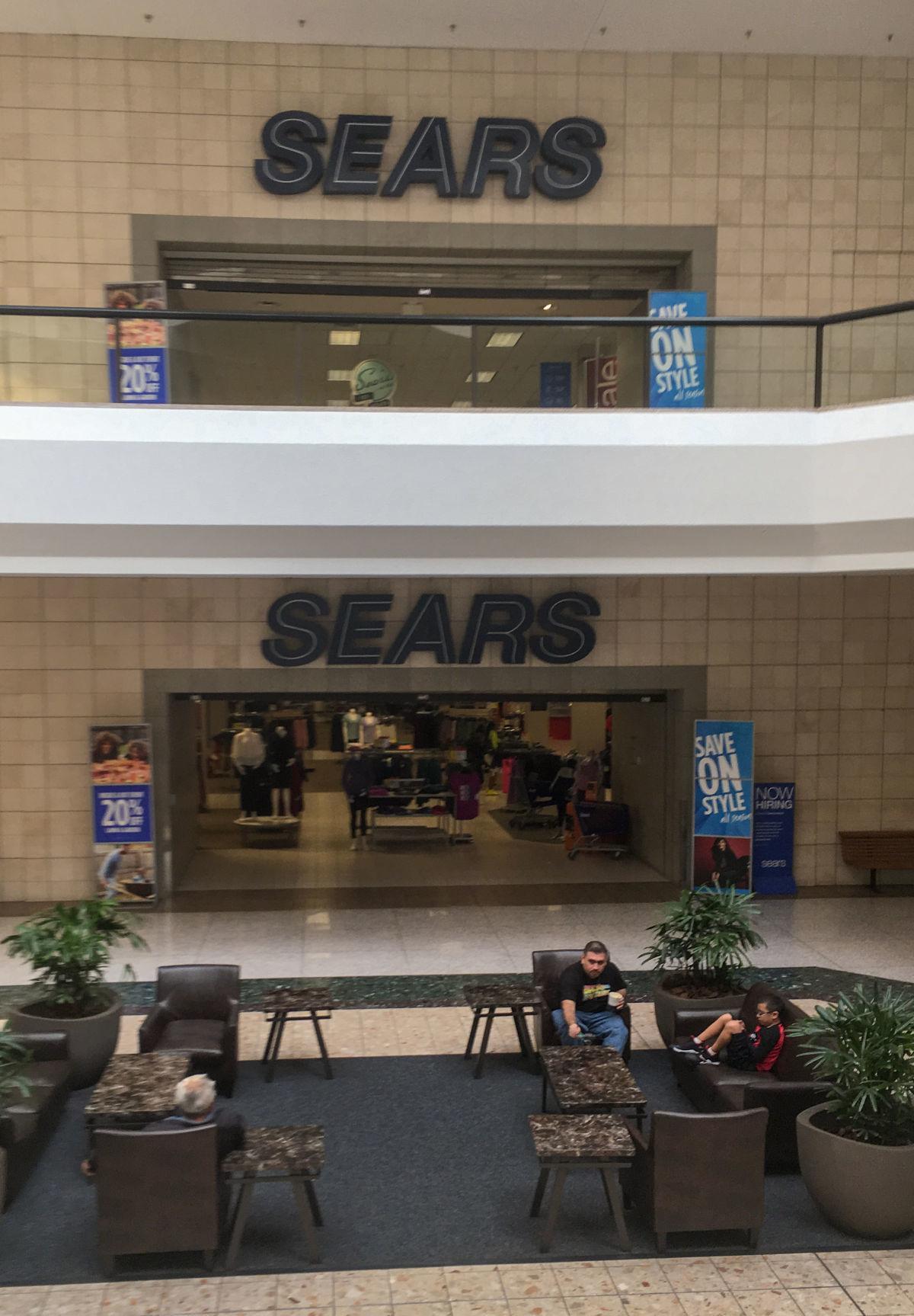 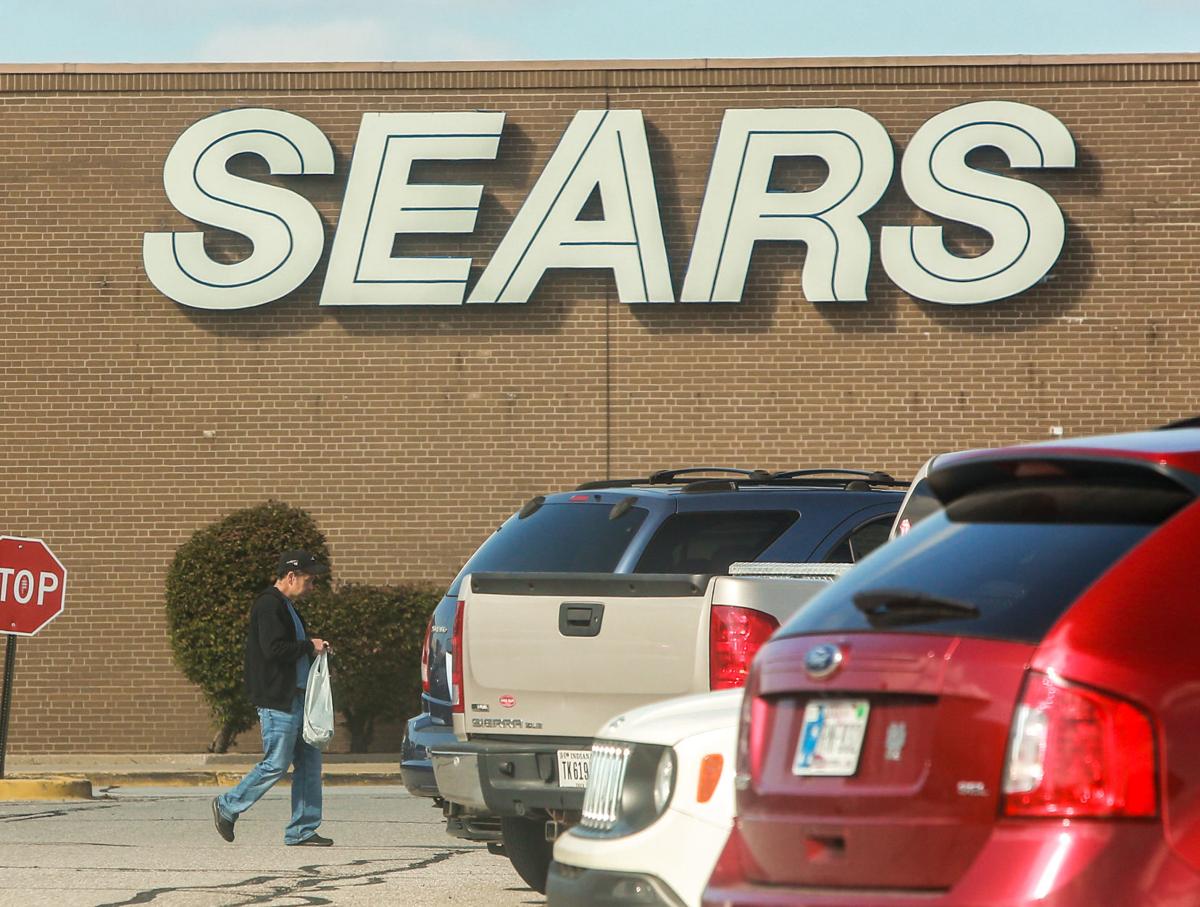 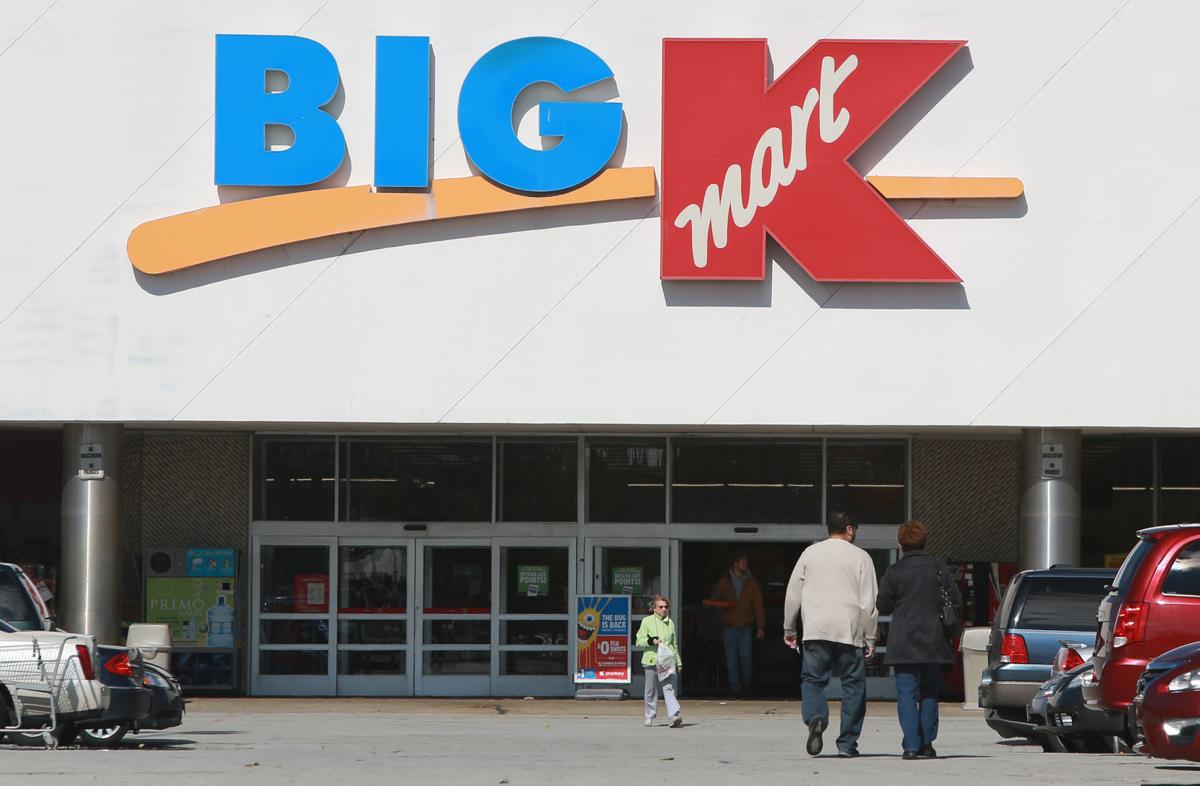 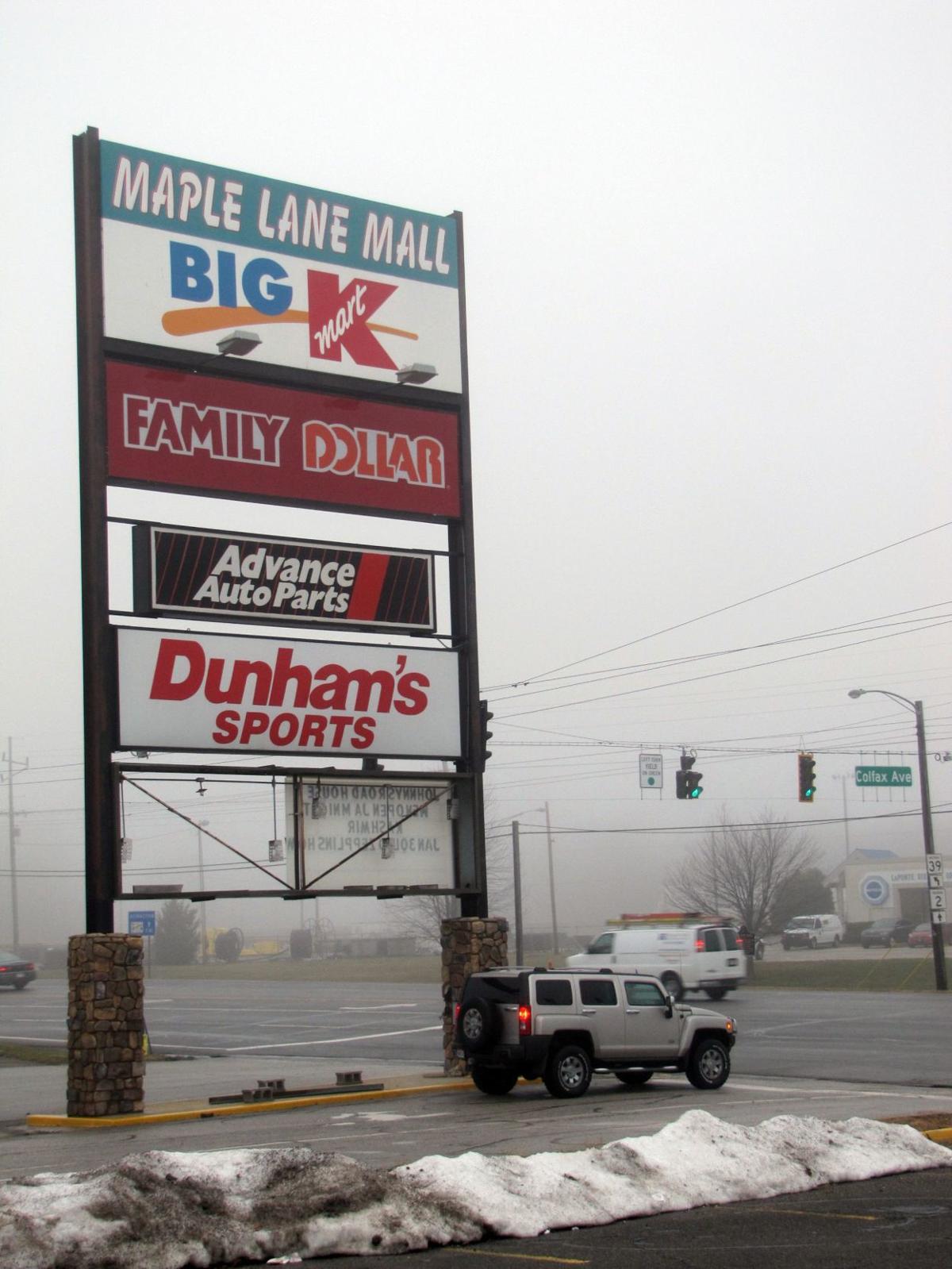 Shoppers walk into Sears on Monday at Southlake Mall in Hobart. The store is not slated to close yet.

After years of declining sales and diminishing relevance, money-hemorrhaging retailer Sears plans to close the Griffith Kmart, along with 141 other stores nationwide as part of its bankruptcy.

Once so flush with cash it built the tallest skyscraper in the world just because it could, the 132-year-old Sears said in court documents it would close the big-box store at 430 W. Ridge Road in Griffith, the anchor of the Griffith Park Plaza outdoor shopping center at Cline Avenue and Ridge Road. The gravely troubled retailer, the largest in America for much of the 20th century, said it was shuttering unprofitable stores and could start liquidation sales in two weeks.

The Big Kmart near the border of Griffith and Highland, and also a short distance from both Hammond and unincorporated Calumet Township, was once a Venture store before becoming a Kmart about 20 years ago and was home to a popular Little Caesars pizza restaurant. Sears spokesman Howard Riefs said the big-box store should be closed by the end of the year and that "the number of associates impacted is not available."

An employee said no closing date had been given.

The closure will leave the Valparaiso Kmart as the only one left in the Region after the Kmarts in Merrillville, Chesterton and LaPorte all closed in recent years.

"It's a sad situation," Griffith Town Council President Rick Ryfa said. "A lot of us grew up with Sears and Kmart as kids. It's an end of an era, but life goes on."

It's not clear that Kmart, known for its Blue Light Specials, or Sears, where generations bought Kenmore Appliances or posed for family pictures in the photo studio, will survive bankruptcy court.

The Hoffman Estates-based company filed for a Chapter 11 bankruptcy to reorganize its debt, but other struggling retailers like Toys R Us and Bon-Ton Stores recently failed to survive the process and ended up being liquidated. Creditors have been less confident in their ability to remake themselves and persevere during the so-called retailpocalypse that's killed off longtime brands like Carson's, Sports Authority and HH Gregg in recent years.

“The problem facing Sears, and that will face other similar retailers who cannot solve it, was that it got squeezed from at least three different sides," Ball State University economics professor Steve Horwitz said.

"First, it could not provide the range of products and service in any one narrower category as did large firms like Best Buy," he said. "Second, it could not provide the low prices of firms like Walmart, nor did it offer things like groceries to expand the range of customers who walked in the door. Third, they did not capitalize on the need for online retailing with the convenience and breadth of an Amazon who now is also in the grocery business."

Sears, dubbed "the original everything store" by the New York Times, has been an iconic part of the American landscape since it started as a mail order company in 1886. Known for Kenmore Appliances, Craftsman Tools, and the Sears Tower, it was the largest retailer in the United States until Walmart surpassed it in 1989.

Faced with increased competition from big-box discounters and e-commerce, the company has failed to turn an annual profit for eight years, losing $11 billion since 2010. Sears, which has been closing stores for years and selling off properties in deals where it went from owning to renting in a desperate bid to raise cash, went to bankruptcy court after it couldn't make a looming $134 million debt payment.

It still employs 68,000 workers at 700 stores across the country, down from 1,000 stores with 89,000 workers at the beginning of the year, according to its bankruptcy filing.

Horwitz said there's no clear path forward, since it would be nearly impossible for Sears to pivot to become a discounter or a luxury brand, and would have a hard time shrinking down to a more narrow focus, such as only selling appliances. Its business model has been becoming obsolete.

“Much in the same way that the general store has largely disappeared, at least in a form other than 'dollar stores,' so will the mid-scale large retailers likely find themselves extinct in the near future," Horwitz said. "This is a good thing for American consumers who have found far more value in the various options they now have with respect to price/quality, specialization and online presence. This sort of dynamic change is a sign of a healthy, competitive economy that is delivering value for consumers. Firms need to either adjust to that new reality or face the fate of Sears.”

Horwitz said there was an irony to how Sears started out as a catalog business that shipped to people all over the country that shifted to brick-and-mortar and ultimately ended up losing a chunk of business to online retailers like Amazon that operate like Sears did in a pre-internet era more than a century ago.

Sears still has department stores at Southlake Mall in Hobart and Marquette Mall in Michigan City that face an uncertain future.

"A lot of folks still have loyalties to Sears and Sears Auto Center," Michigan City Mayor Ron Meer said. "You hate to see any business closing down in your community. But they've been going through financial issues nationwide. We don't want to lose them but if we do we'd like to see something new go there."

HAMMOND — Xenomorphs from the Alien film franchise are notoriously hard to kill.

If you've got an idea for a store, you could test it out during the busiest shopping season …

Geoffrey the Giraffe hits the unemployment line next week.

The Carson's department store chain, a staple of Region life for decades, is winding down in…

The demolition of the River Oaks Theaters in Calumet City, a landmark multiplex where many R…

Sears releases list of Sears and Kmart stores closing in 2018

Sears announced Thursday it would close 72 unprofitable Sears and Kmart stores in September,…

5 most-read stories today: U.S. Steel, USW reach tentative deal: 'We are relieved that the company came to their senses'

Kmart to lay off 113 workers when it closes Griffith store

A total of 113 workers will be laid off when the Big Kmart closes in Griffith after the end of the Christmas shopping season.

David's Bridal files bankruptcy but hopes to stay in business

Lowe's plans to transfer or offer severance to the employees at its Portage big-box store, which is slated to close by January at the latest.

One-hundred-thirty-two-year-old Sears was one of the world's most successful retailers, building a mail order catalog empire that brought the …

A report from Ball State University cautions the economy in Indiana may start to slow.

Sears at Marquette Mall in Michigan City to close this weekend

After 51 years, Sears will close its department store in the Marquette Mall in Michigan City, potentially dooming the struggling mall to the w…

Griffith getting more than $10 million in biz investment, including Restaurant Depot big-box store

Businesses plan to invest more than $10.5 million in Griffith, including in a Restaurant Depot wholesale big-box store, a Dollar General and a…

A Valparaiso-based online retailer aims to help the planet by eliminating disposable plastic straws, which end up languishing in landfills for…