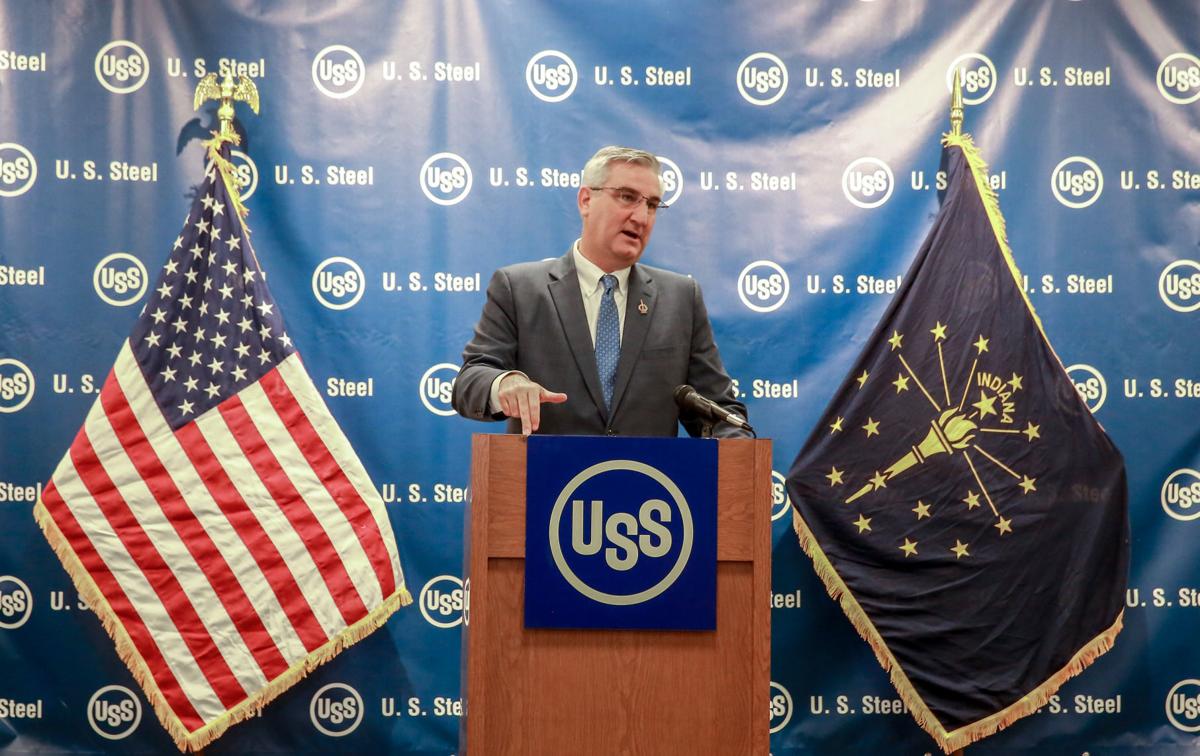 Indiana Gov. Eric Holcomb makes comments Thursday at U.S. Steel's Gary Works. The steelmaker announced a $750 million investment in its Gary plant and will receive $12 million in incentives from the state. 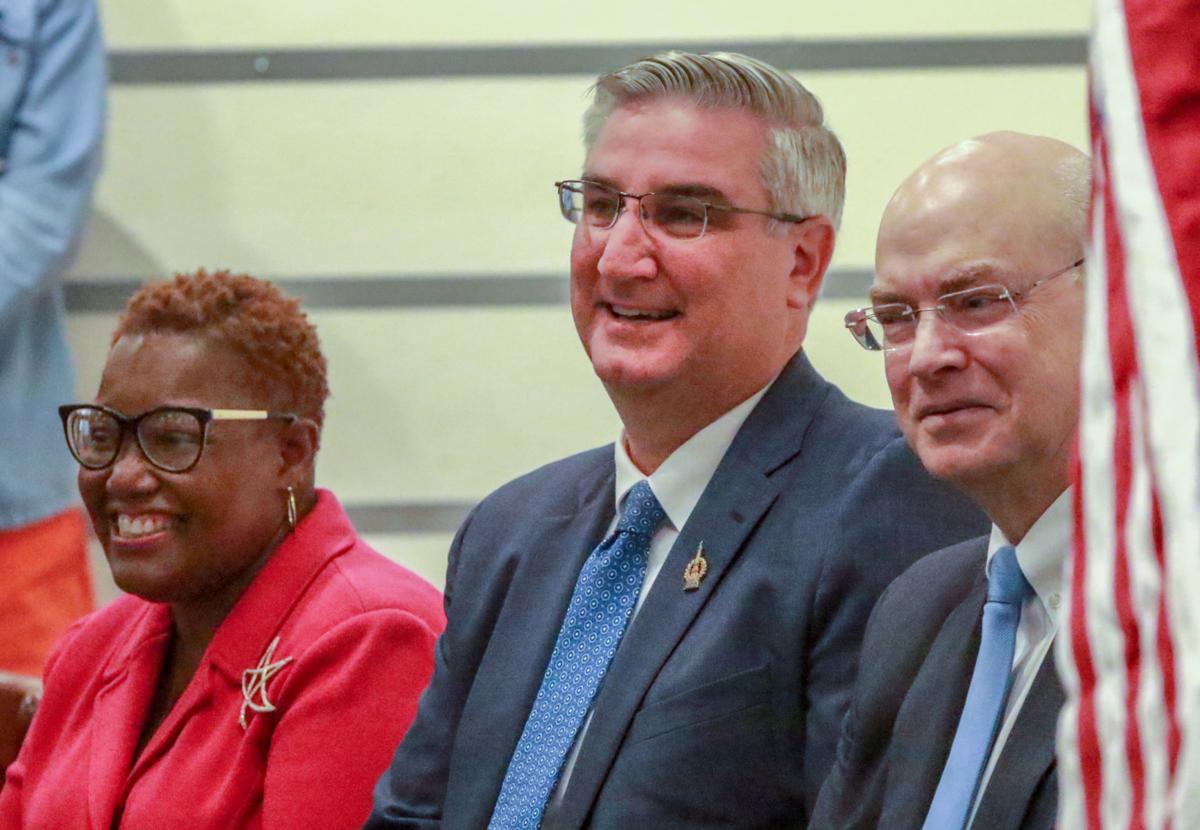 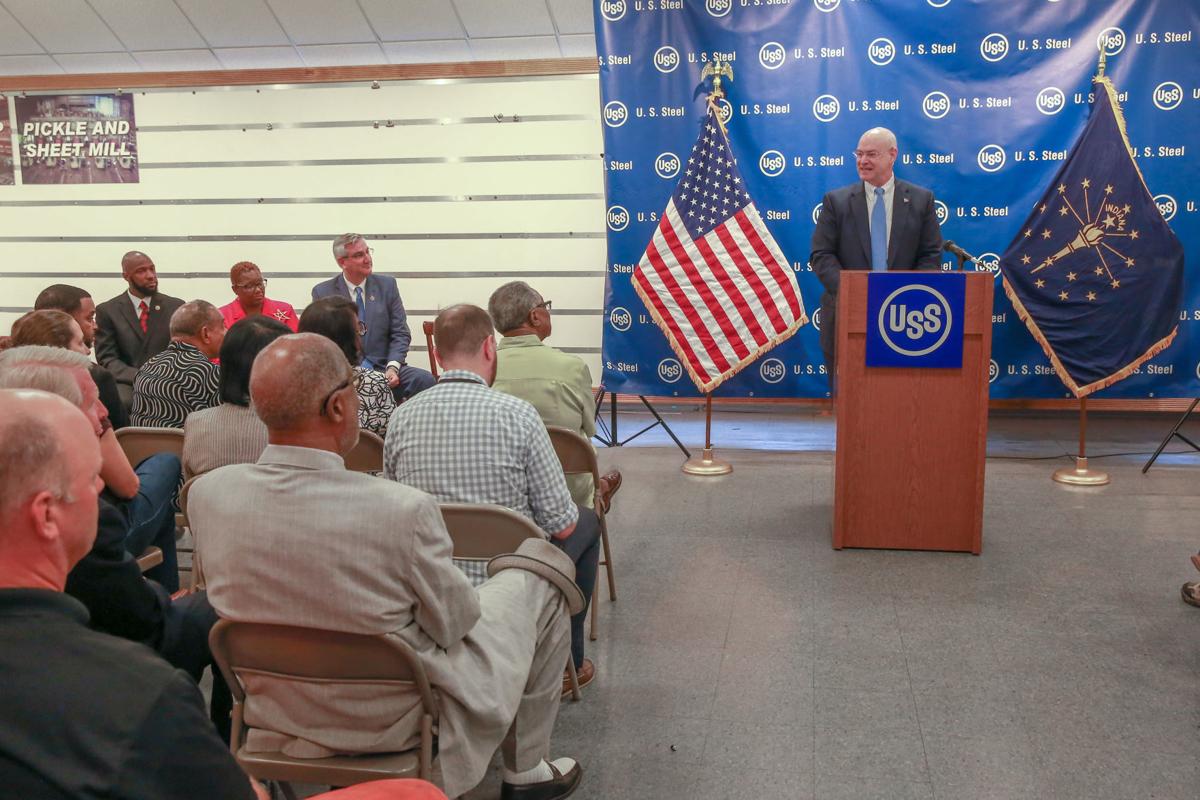 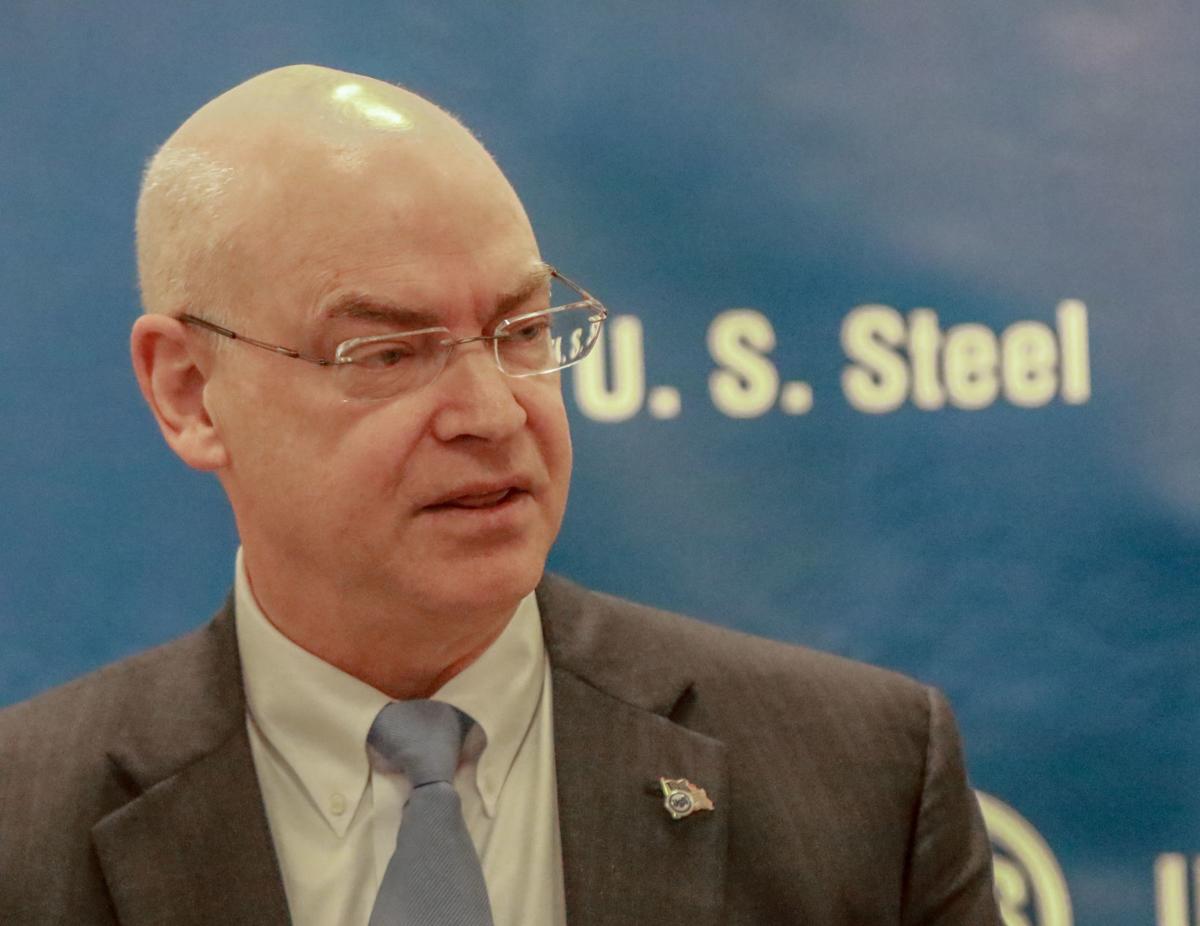 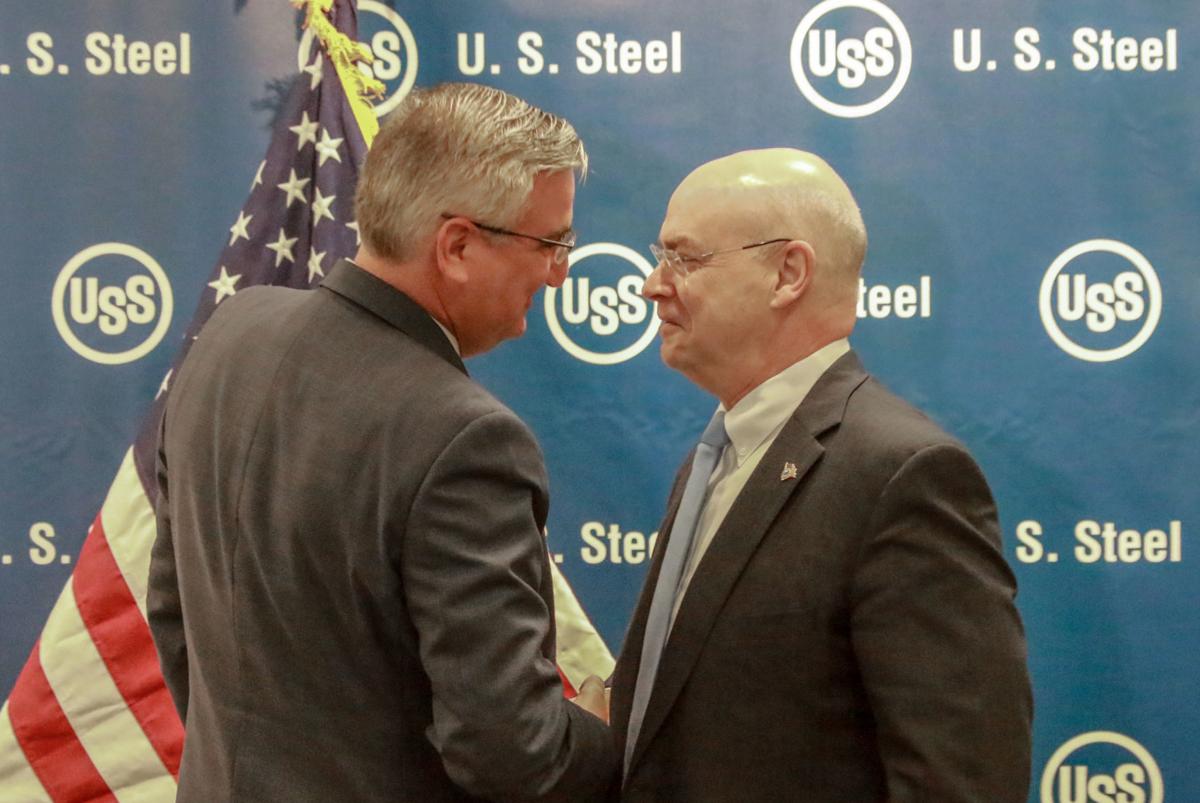 Indiana Gov. Eric Holcomb, left, and U.S. Steel President and CEO David B. Burritt greet each other before the governor takes the podium during an announcement at U.S. Steel Gary Works. 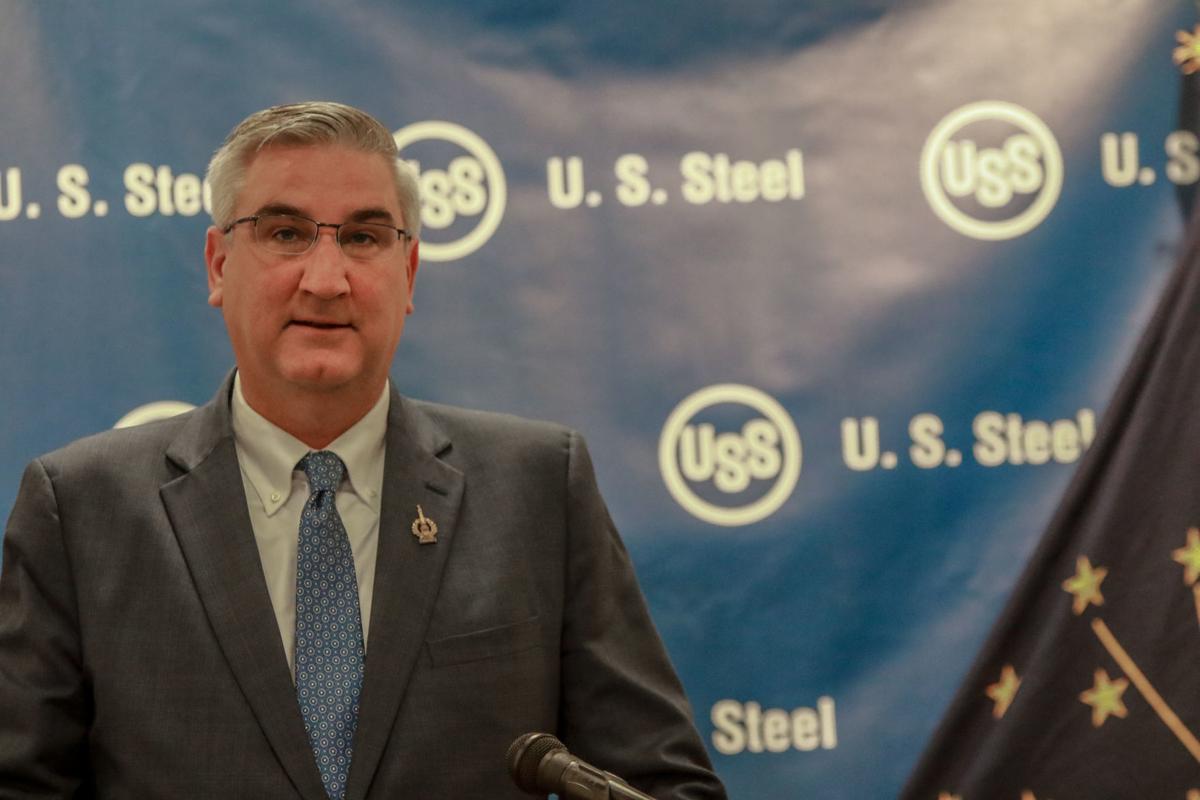 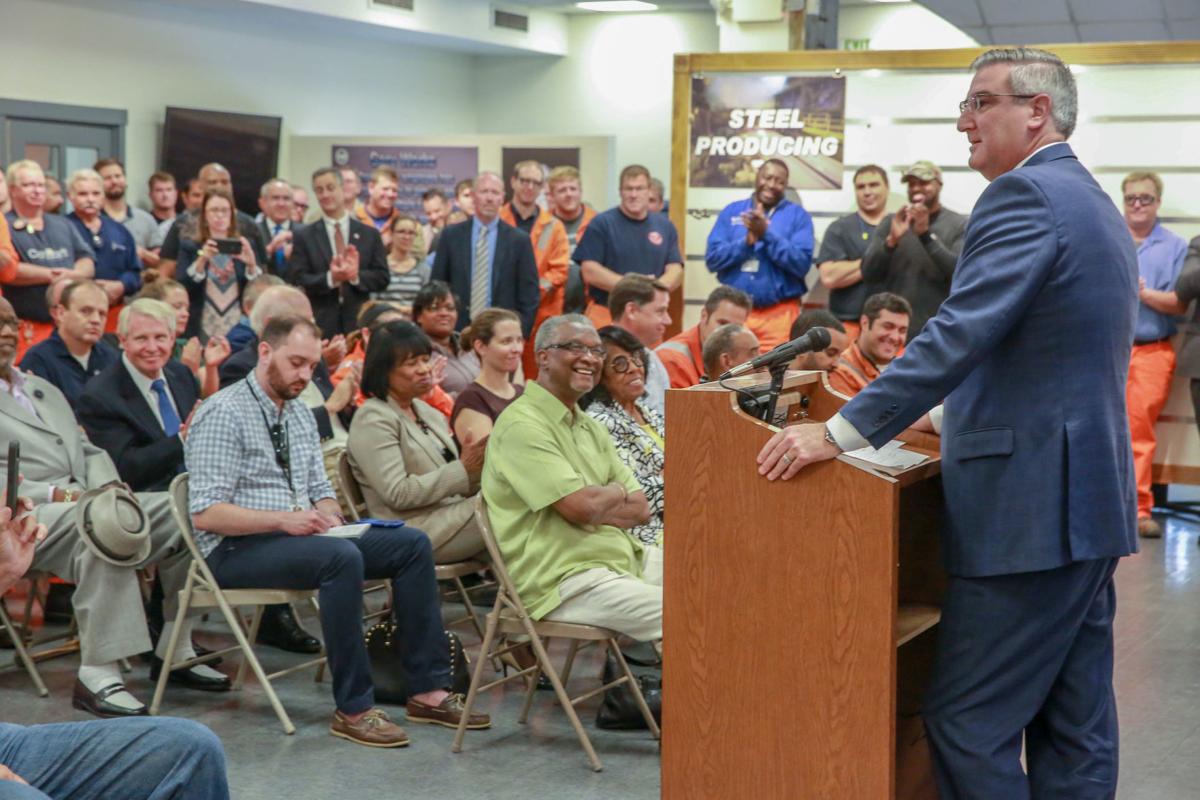 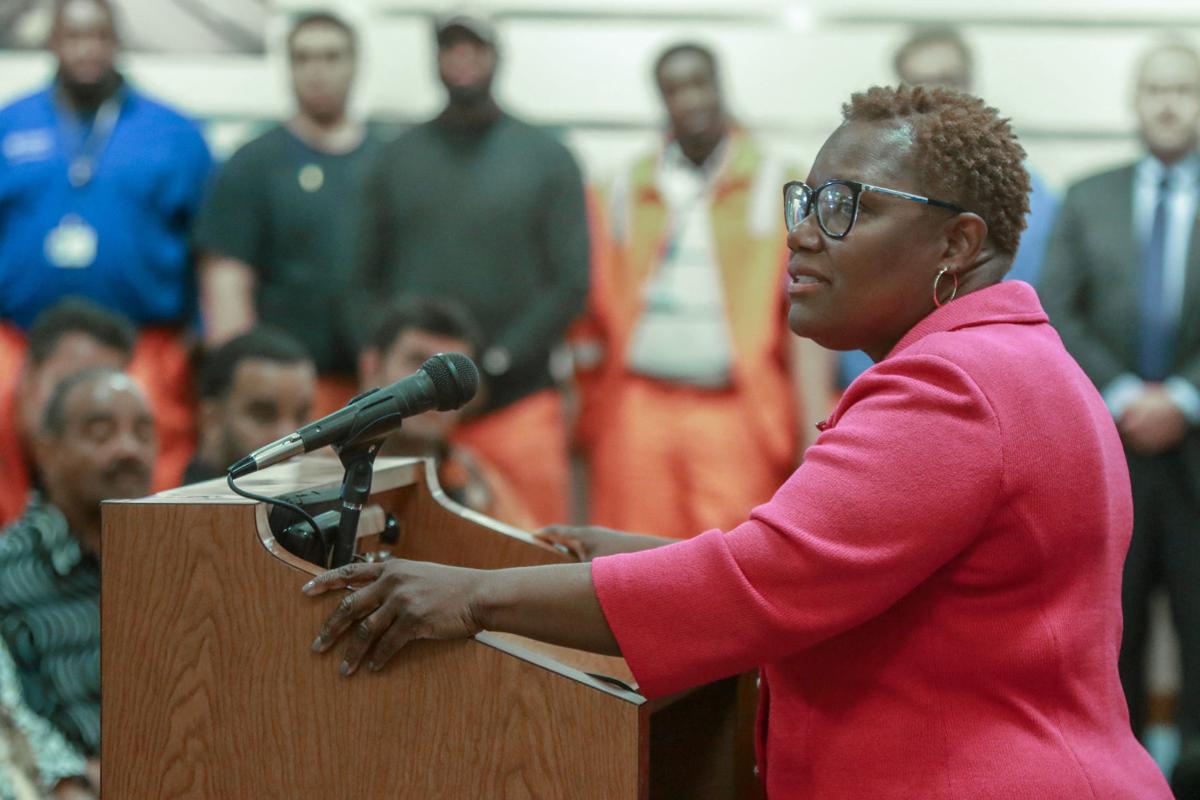 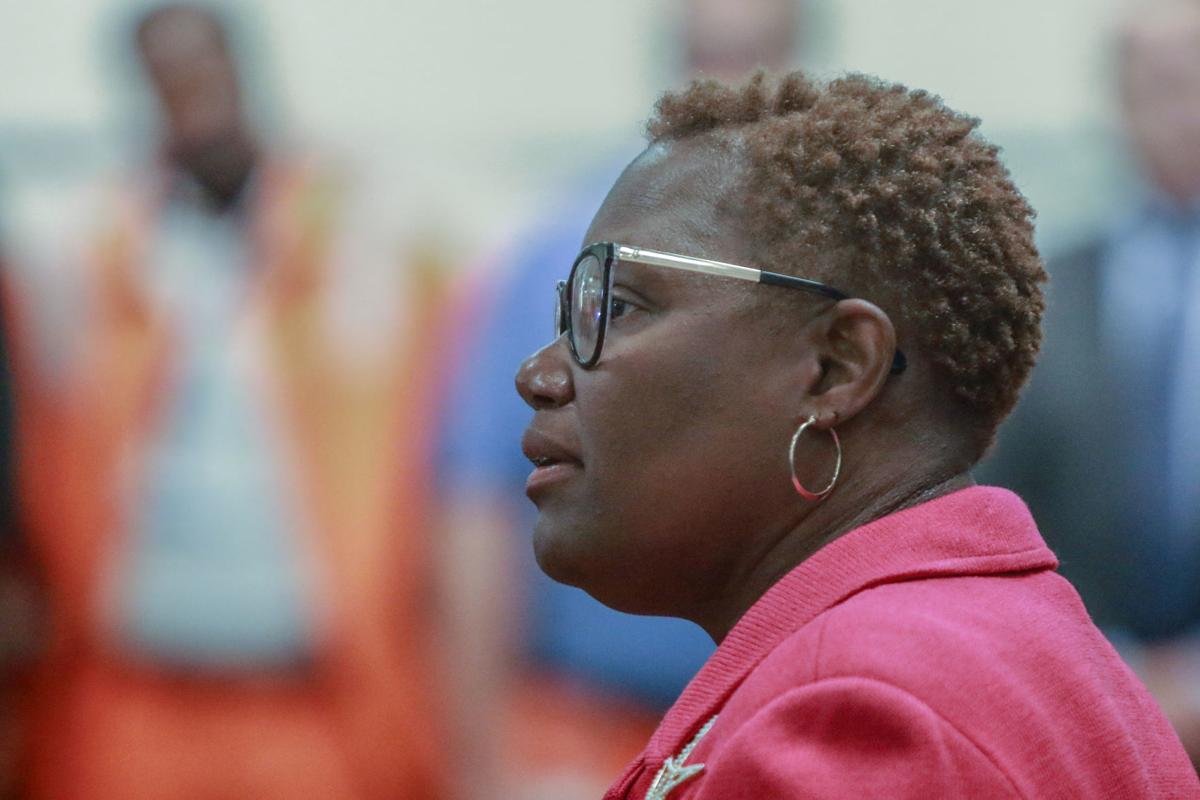 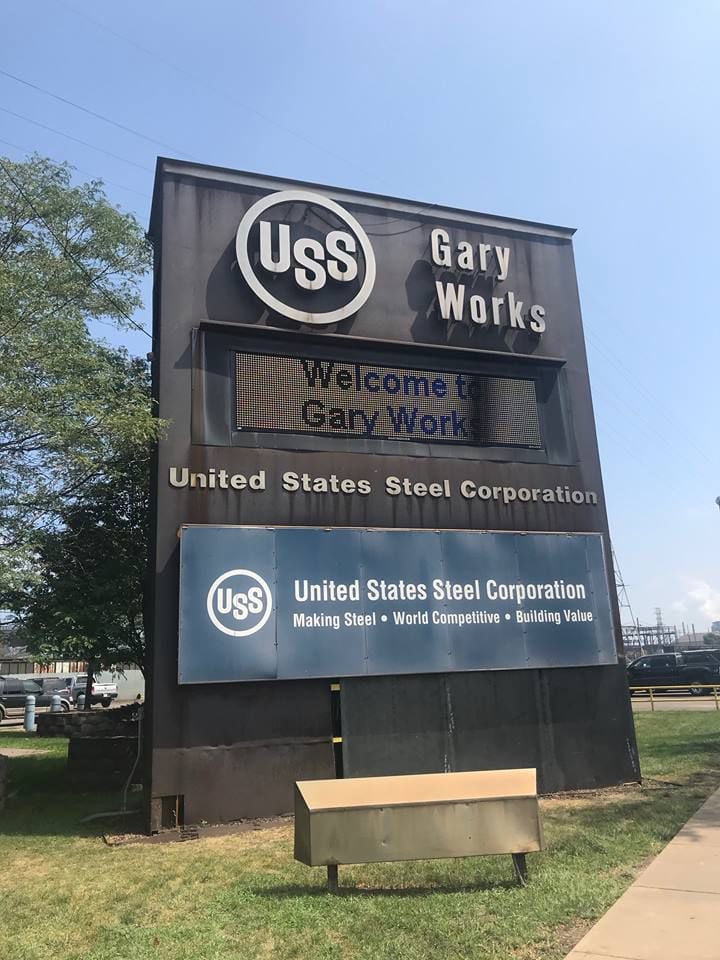 U.S. Steel announced at least $750 million in investment in Gary Works in what's being hailed as a "renaissance" for the mill.

The Pittsburgh-based steelmaker pledged to spend at least $750 million over the next five years to revitalize assets at Gary Works, the 112-year-old integrated steel mill that stretches along 7 miles of Lake Michigan shoreline. Company and government officials said the major investment would help preserve the 3,875 good-paying steelworker jobs there, and potentially help ensure the mill the city of Gary was originally developed around would last another 100 years.

“We are pleased to be making this significant investment at Gary Works, which will improve the facility’s environmental performance, bolster our competitiveness and benefit the local community for years to come,” U.S. Steel CEO David Burritt said during a rare appearance at Gary Works. “Through the skill and determination of our employees, support from the state and city, without which this project would not be possible, and favorable trade policies with the strong Section 232 national security action on steel imports, we are experiencing a renaissance at U.S. Steel.”

Burritt and Indiana Gov. Eric Holcomb came to Gary to announce the investment in the mill, which will account for more than a third of U.S. Steel's planned $2 billion company-wide asset revitalization program.

“Today’s news is a major step forward that will have a lasting positive impact on the city of Gary, the Northwest Indiana Region and the state of Indiana for years to come,” Holcomb said. “U.S. Steel has a rich history in Indiana, producing steel for customers around the world while providing quality career opportunities for Hoosiers and supporting their families here in Northwest Indiana. We look forward to U.S. Steel’s continued success and growth right here in Gary, Indiana.”

The announcement comes on the heels of the Wednesday groundbreaking of a new lakefront data center in Hammond that could eventually result in $200 million in investment, bringing the total amount of investment announced in Lake County over the past two days to nearly $1 billion.

"No county in the state, anywhere in the country, is celebrating two back-to-back game-changing economic development projects like this," Holcomb said. "I'm incredibly proud to be standing with you and partnering U.S. Steel, which has powered this Region, powered this state and powered this country. It's been an engine to our economy for over a century.... With this reinvestment, we're well on our way to celebrating another 100 years. It shows U.S. Steel's continued commitment to the state of Indiana, the No. 1 steel manufacturing state in the country."

U.S. Steel got hammered by analysts and critics for failing to spend enough to upkeep its equipment at mills like Gary Works during the recent downturn in the steel industry, which crippled its production when the industry started to rebound, caused the steelmaker to lose money while steel prices soared and led to the departure of former CEO Mario Longhi. The steelmaker then invested about $50 million at Gary Works last year.

About a month ago, U.S. Steel told Gary Mayor Karen Freeman-Wilson it would invest $500 million in Gary Works, the largest steel mill in its system and North America with 7.5 million tons of capacity. That amount climbed to at least $750 million just a few weeks later.

“There is no secret that U. S. Steel’s flagship is located in Gary," Freeman-Wilson said. "We are pleased about this investment in the plant and even more encouraged by a deepened partnership with the company of the city’s origin. This is also consistent with our development plan which builds on our strong manufacturing history and allows us to diversify commerce in the areas of education and medicine, recreation and gaming and logistics and technology.”

U.S. Steel plans to modernize machinery at the mill and bring in state-of-the-art production equipment, but company representatives declined to go into any specifics about which lines or blast furnaces it would invest in.

As a reward for the investment, Indiana is giving the company up to $12 million in incentives, including tax breaks and worker training grants. Gary is offering an estimated $35 million in tax increment financing over 25 years, with the city government, Gary Community School Corp. and Gary Public Library receiving an estimated $25 million of payment in lieu of taxes, Freeman-Wilson said.

The city, the schools and the library will receive an estimated $2 million a year in new revenue, and U.S. Steel has also pledged to donate $100,000 to a community development fund. Freeman-Wilson said the city still has not determined how it would spend the extra revenue, but that it could go to services such as police or road repairs, or the demolition of vacant buildings.

"What does it mean to the community, our citizens are going to want to know," Freeman-Wilson said. "It means stability. It means stability for U.S. Steel in the city of Gary and stability for the workforce but it also means stability in the tax base. This will mean assistance for a community that has struggled, there's no question about that. What's heartening to me is this also means a renewed partnering with Gary's founding city, a billion dollar corporation, and you can't underestimate the significance of that."

U.S. Steel has unveiled more details about its planned $750 million investment in Gary Works over the next five years, in what's being hailed …

It's easy to get down on the Region for what it lacks.

Steel imports down 10 percent this year

With Section 232 tariffs of 25 percent on all foreign steel driving up prices, imports have fallen by 10 percent so far this year.

Wire and cable manufacturer Lake Cable LLC plans to invest $7 million into its Valparaiso plant, where it hopes to hire up to 54 more workers …

U.S. Steel: 'Our strategy to create value is working'

U.S. Steel executives said the steelmaker's better-than-expected profit of $214 million in the second quarter shows the company is headed on t…

U.S. Steel turns a profit of $214 million in the second quarter

U.S. Steel and the United Steelworkers have made progress on local issues at the mills before resuming talks in Pittsburgh this week.

Gary's 108-year-old Union Station, a Beaux-Arts beaut designed by architect M.A. Long, could end up occupied again after more than 50 years of…

Chief executive officers of publicly traded companies in Indiana made between eight and 332 times as much as their workers last year, accordin…

ArcelorMittal USA, one of the Region's largest employers, had a major economic impact last year.

U.S. Steel aims to cut greenhouse gas emissions, and will set a goal to do so by the end of 2019.

Indiana Gov. Eric Holcomb makes comments Thursday at U.S. Steel's Gary Works. The steelmaker announced a $750 million investment in its Gary plant and will receive $12 million in incentives from the state.

Indiana Gov. Eric Holcomb, left, and U.S. Steel President and CEO David B. Burritt greet each other before the governor takes the podium during an announcement at U.S. Steel Gary Works.