This artist's rendering illustrates Saxon Partners' plans for the southeast portion of the Lansing Country Club. The developer finalized purchase of the property this week and intends to build a medical-technology and business campus there. 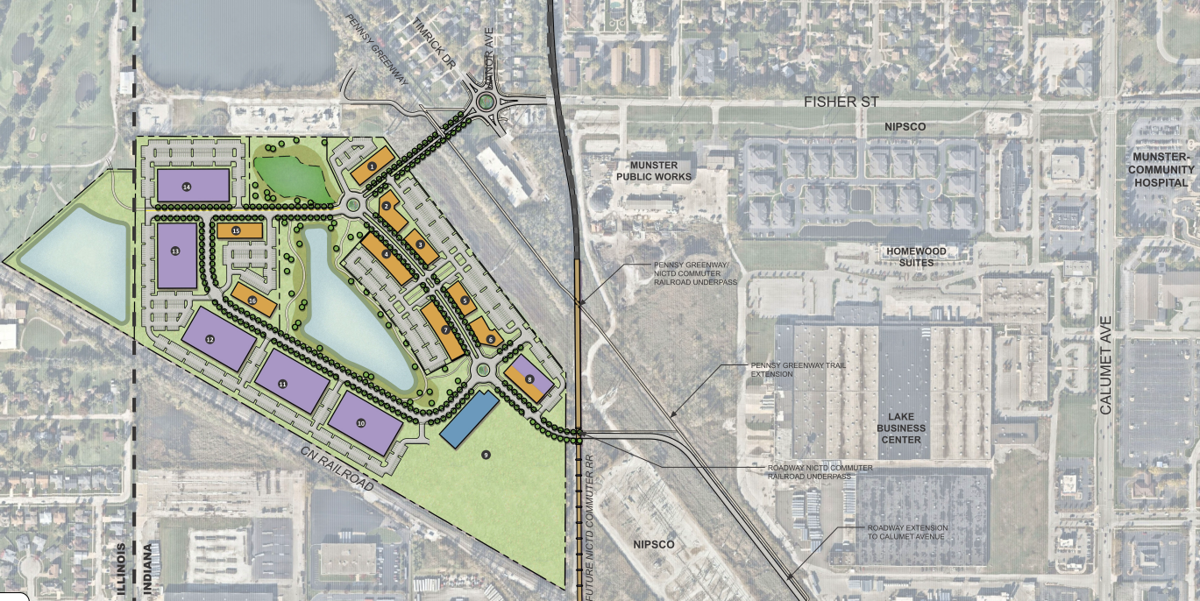 Saxon Partners' plans for the Munster portion of the Lansing Country Club include 15 buildings in a campus setting. 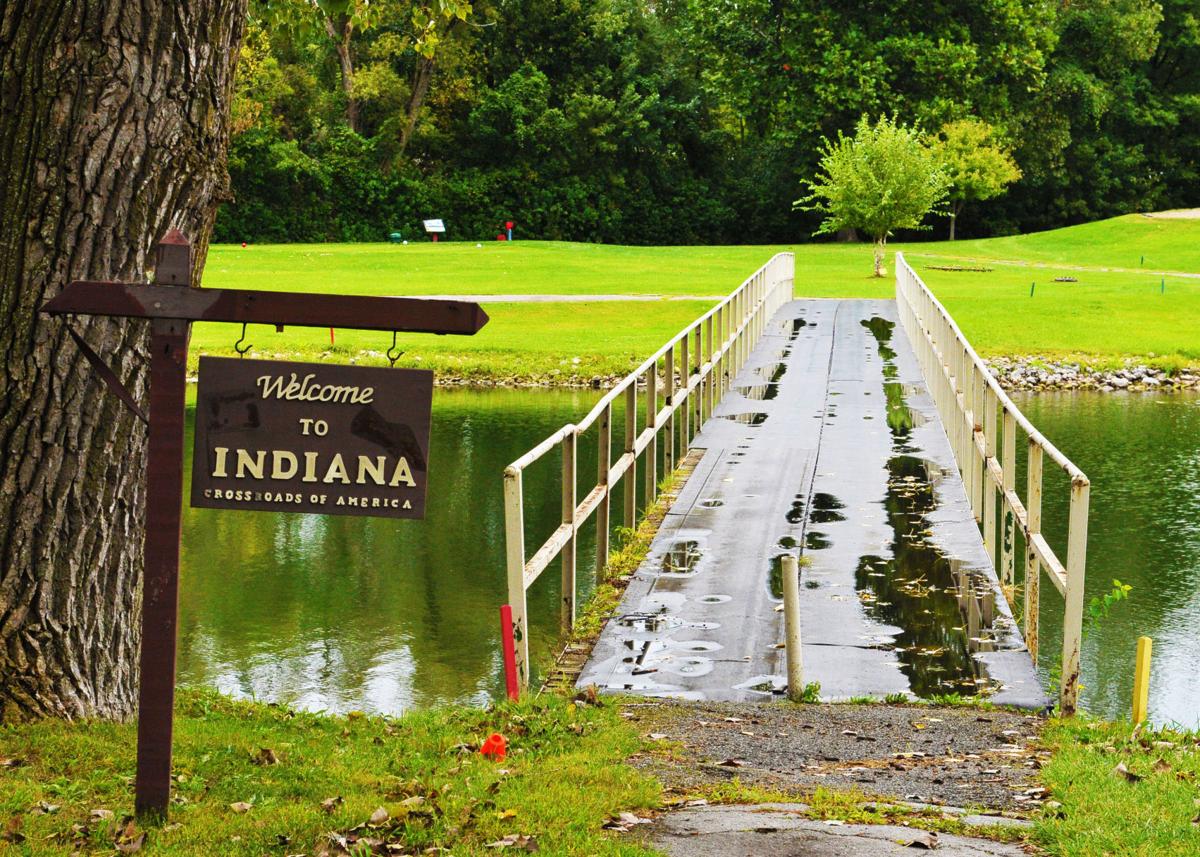 A bridge at the Lansing Country Club leads into Indiana. The Illinois side of the club will be donated as recreational land, according to the property's new owner. 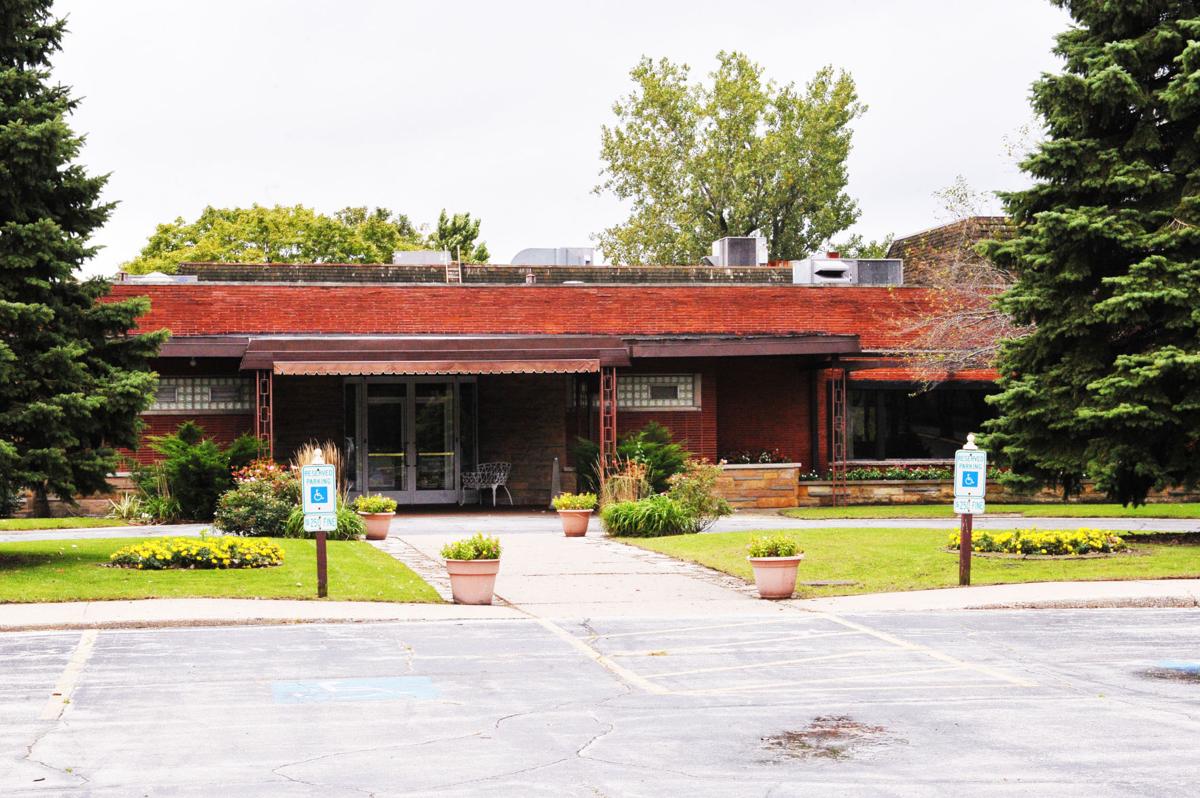 The clubhouse of the Lansing Country Club is shown.

MUNSTER — The Indiana side of the Lansing Country Club will be transformed into a $160 million hub for medically focused technology and commercial businesses, according to plans announced Tuesday to create a 59-acre campus on the site.

The development firm Saxon Partners finalized acquisition of the country club property this week. In announcing the transaction, Saxon’s Gary Warfel called Munster “a highly desirable location within the Chicago metropolitan footprint, making this project an exciting opportunity for Saxon to work with our partners locally as well as in the technology, medical research and business sectors to bring this development to fruition.”

Warfel, a native of the south suburbs who has returned to the area for Massachusetts-based Saxon, said the company was attracted by the property’s proximity to Interstates 80/94 and 90, the concentration of health care providers on Calumet Avenue, and the future West Lake Corridor commuter railroad.

“We think extension of that train line is going to make a huge difference,” he said.

“Munster’s backyard” will be redeveloped over the next five years to become home to businesses that will employ a projected 2,700 people, Warfel said.

Plans call for the development to have more than 780,000 square feet of space in 16 buildings. The buildings won’t exceed three stories in height, and plans call for the site to include eight central acres of “civic space,” including a pond surrounded by a paved walking path and trees. A tree-lined road would run around that to link the buildings, and many existing environmental features and waterways would be preserved.

“Saxon presented a campus-style atmosphere that matched the town’s desire to see the Munster portion of the property morph into our working, livable, walkable community which is particularly attractive to the caliber of companies and employment opportunities we want to draw to this location,” Anderson said.

Saxon Partners “had looked at Munster awhile back,” Warfel said, but became engaged with the country club site when the town rezoned it for commercial use and Lake County, Indiana, Economic Alliance CEO Karen Lauerman approached Saxon about developing it.

“This is a prime example of bringing an outside investor into Northwest Indiana,” Lauerman said. She said LCEA has been involved in marketing the country club for more than five years, and said the medical-related campus “checked all the boxes” for the parties involved.

“When we brought Saxon to Munster’s table, our thought was to create a premier location for bio-science, pharma, medical related research and other similar businesses in the Chicagoland area, with the better business climate of Indiana and further diversify the Lake County economy with the potential to capitalize on transit-oriented development,” Lauerman said.

Warfel said the main work on the project in 2021 will be completing property entitlements, getting utilities to the site and beginning infrastructure work.

Among the challenges is creating access to the site. Saxon is planning connections via road, trail and nearby rail.

The initial site plan calls for motor vehicle access at two points. To the northeast, a roundabout at Fisher Street, Manor Avenue and Timrick Drive would provide access to a boulevard into the development, and to the southeast, a new road would extend to Calumet Avenue, with an intersection along the north side of the new Maple Leaf Crossing development north of 45th Street.

The development’s interior trail system would be linked to exterior pedestrian and bicycle trails, including the Pennsy Greenway and nearby Monon Trail.

The West Lake Corridor commuter rail line will run along the east edge of the new development. Coming from the south, the tracks will be elevated as they bridge the freight tracks at Maynard Junction, then will return to ground level as they reach the northeastern corner of the five-sided development.

The commuter rail line’s Ridge Road station will be less than a mile north of the development, along Manor Avenue and its surrounding residential neighborhood. Saxon’s property is included in the draft of the transit-development district, or TDD, associated the Ridge Road station. After the TDD is established, which is expected to happen this year, the growth in property and local income taxes within its boundaries will be available to promote growth through infrastructure projects and other incentives to developers.

Warfel said Saxon is hoping to get help through the TDD, which is administered by the Northwest Indiana Regional Development Authority, for infrastructure accessing the site and with utilities.

Saxon intends to leave 40 acres of the country club site as green space. He said Saxon is working with the Cook County Forest Preserve and Munster on trail connectivity through the area.

“We see it to be a pretty substantial outdoor recreational benefit,” Warfel said.

Lansing Country Club President Michael Lock said the club, which has been in talks to sell the property for several years, wanted it to go to a project the club could support.

“This property means something to the members who have supported LCC over the last 79 years,” Lock said, “so we took the sale seriously. Though we’ve engaged many developers over time, we see the Saxon Partners’ plan as part of our legacy to the Lansing community and the region overall.”

5 stories to know from the weekend: Court rules slice of Hard Rock parking lot not owned by future Gary casino

An official cause of death has not yet been named and the autopsy is pending.

After skipping out on work release, a man terrorized three Hammond businesses, including hitting an employee with diapers, throwing a tip jar at staff and stealing Christmas toys, court records alleged.

A warrant was issued Thursday and according to court records, the man is at large with no bail set.

"I don't want this to turn into a case that goes cold," said Nichole McClellan, a cousin of homicide victim Heather Rayner. Manuel Alfaro and Rayner were found shot to death April 3, 2018.

LANSING — Sometime next year, a golfer will tee off for the last time at the Lansing Country Club, known among members as "the Blue Collar Cou…

This artist's rendering illustrates Saxon Partners' plans for the southeast portion of the Lansing Country Club. The developer finalized purchase of the property this week and intends to build a medical-technology and business campus there.

Saxon Partners' plans for the Munster portion of the Lansing Country Club include 15 buildings in a campus setting.

A bridge at the Lansing Country Club leads into Indiana. The Illinois side of the club will be donated as recreational land, according to the property's new owner.

The clubhouse of the Lansing Country Club is shown.