20 Under 40: Andrew Tylka making a big dent in auto body repair world
Share this
1 of 5 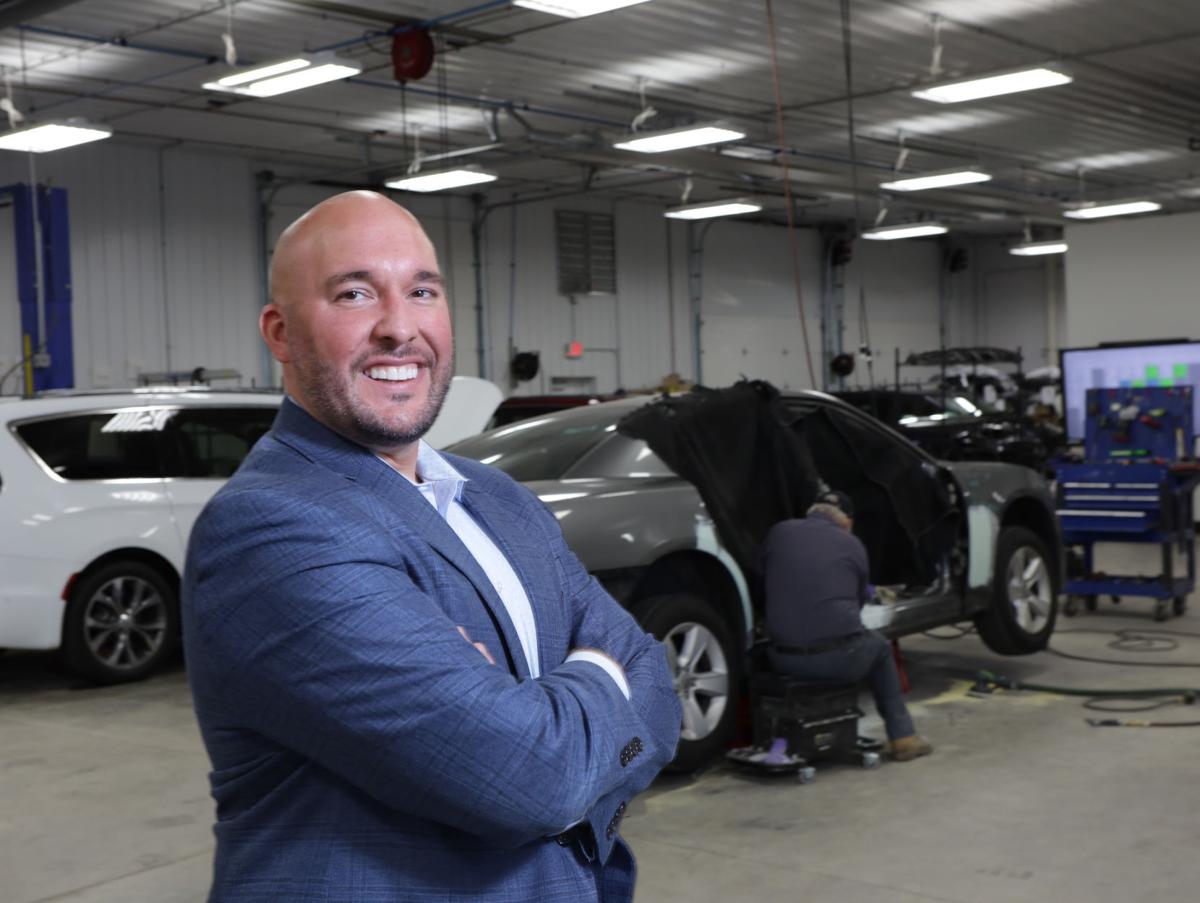 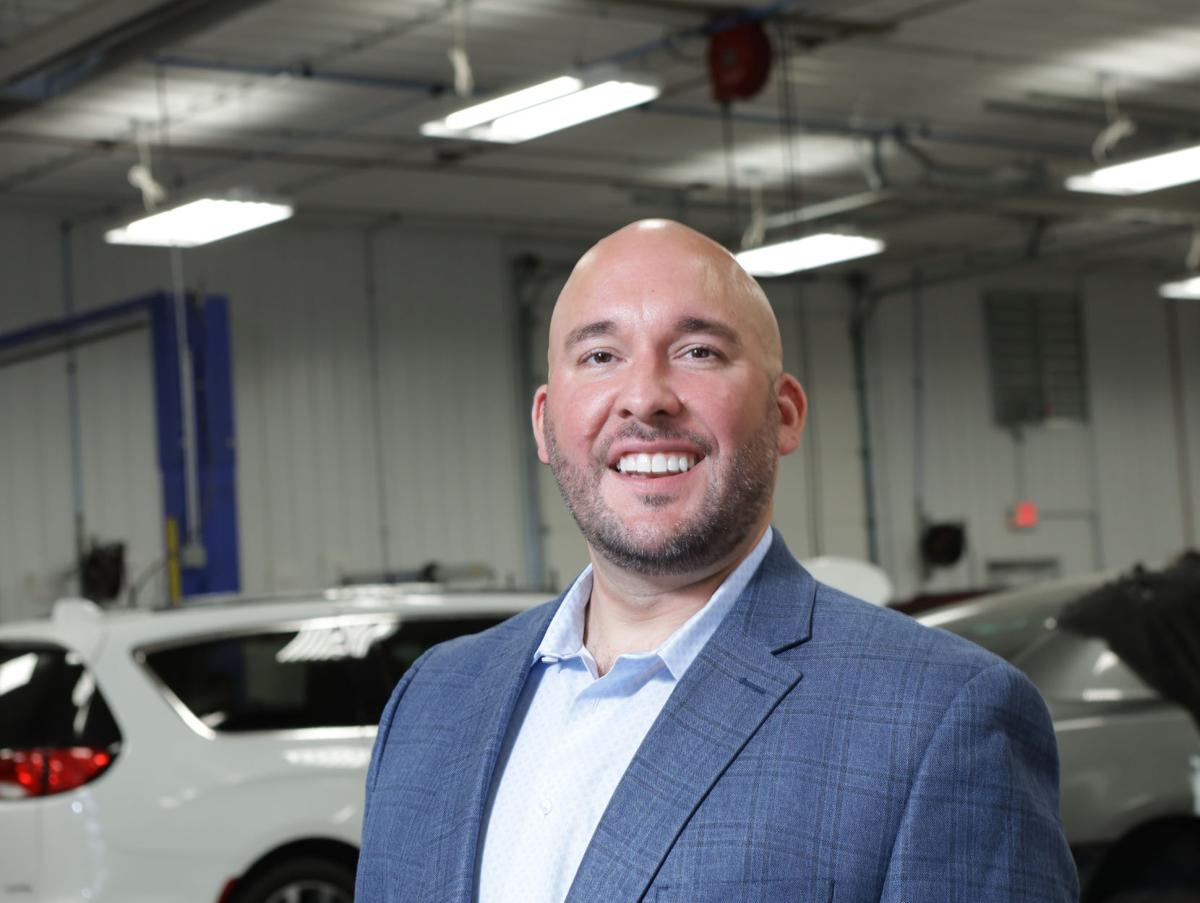 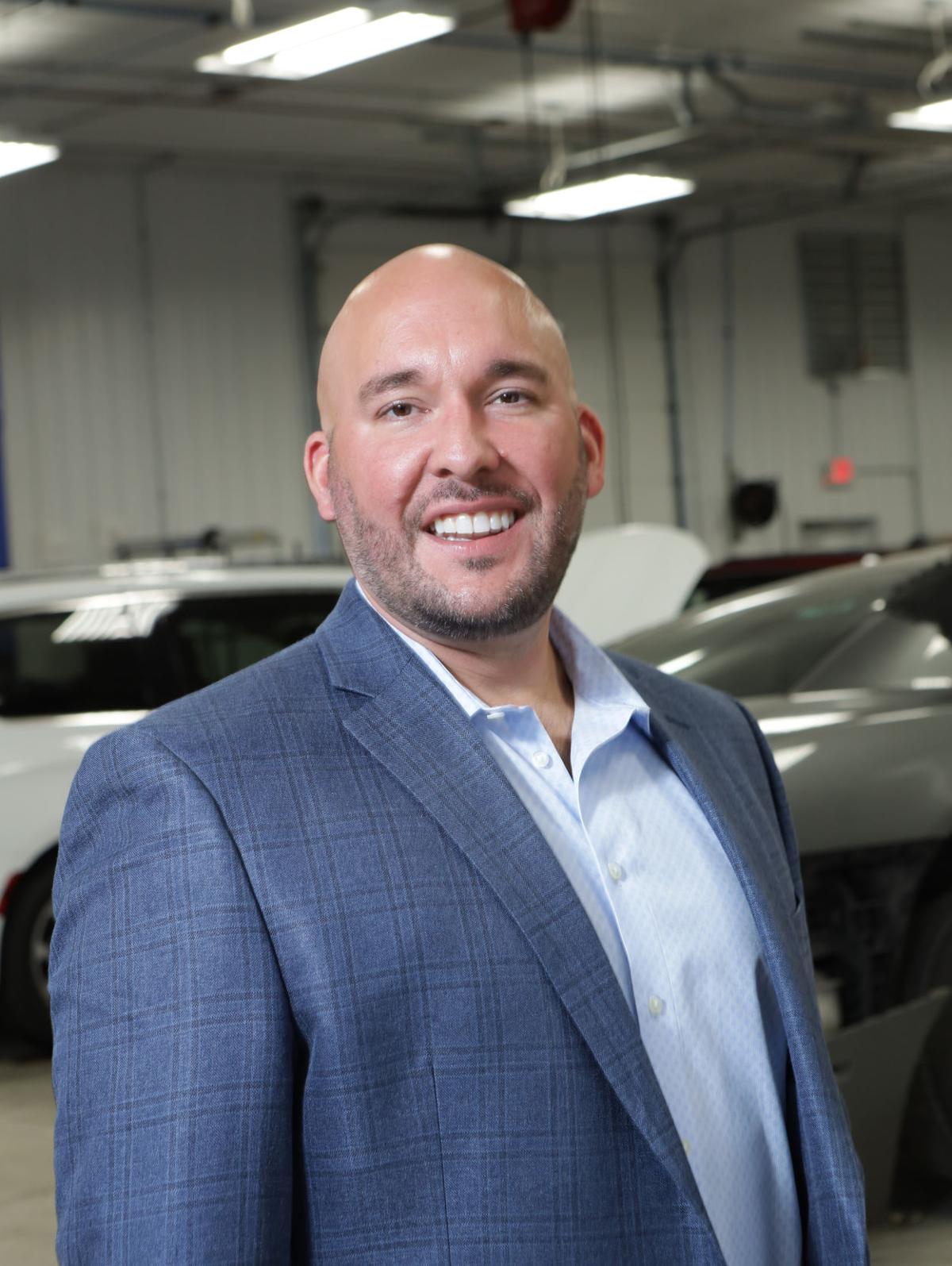 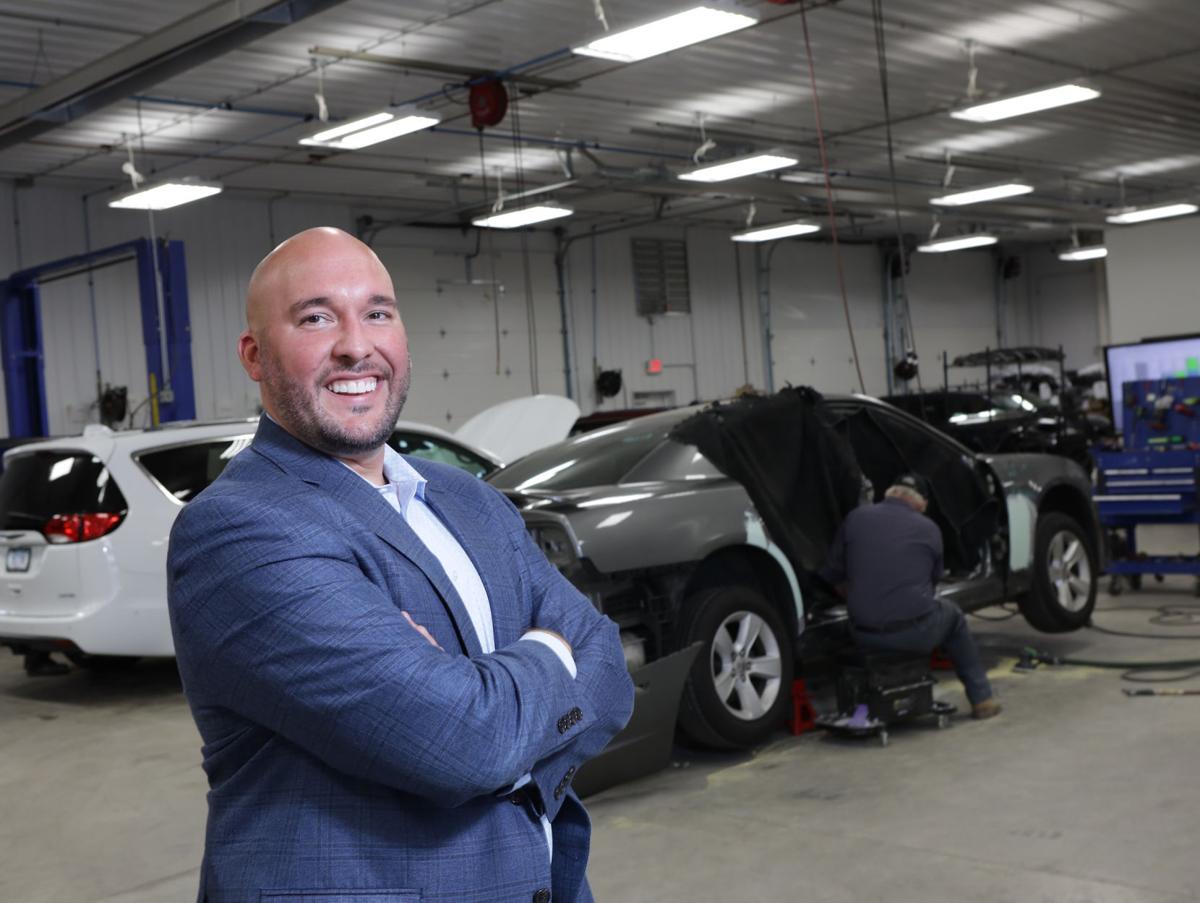 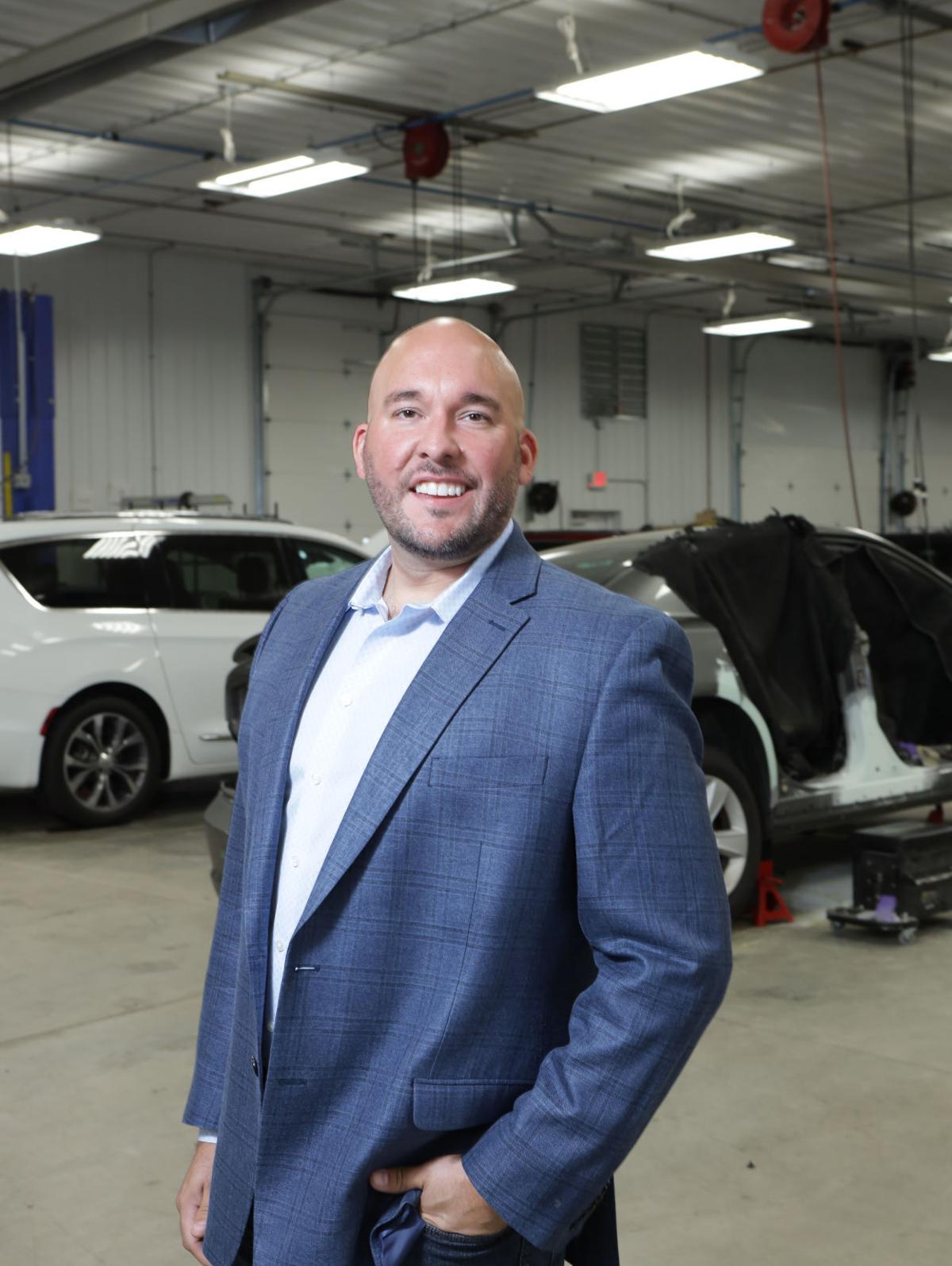 His business, Tom and Ed’s Autobody, was chosen best in the region in the 2020 Times poll, and now Andrew Tylka has been named one of the 20 Under 40 young professionals to watch.

The Times’ 20 Under 40 recognizes young professionals from Lake, Porter and LaPorte counties who stand out in their professions and their communities. The honorees are chosen by a committee that reviews nominations from the public.

Tylka, 37, was born and raised in Northwest Indiana, the son of Tom and Debbie Tylka. He graduated in 2001 from Lake Central High School, where he said he was “engulfed” in tennis, playing on the school team and spending four hours a day, six days a week playing and practicing.

“I knew I would not be a pro, and then I got injured before my senior year. I had to have wrist surgery that I never fully recovered from,” he said.

After graduation, he enrolled at Indiana University-Purdue University in Indianapolis, majoring in marketing and management. He was able to play and practice tennis with the university team, and he joined the Delta Sigma Pi business fraternity.

“I didn’t have any career in sight, but I always enjoyed leadership and responsibility,” he said. “I became vice president of the fraternity and started working at Jillian’s.”

Jillian’s was a sports bar and restaurant with other activities like billiards and bowling on the second and third floor. He worked his way up to manager during a six-year stint, learning how to be a successful businessman from his bosses.

“They taught me transparency, which I still use with my employees," Tylka said. "Everyone knew the standards and what goals we were trying to reach. I learned how to have fun together. When you spend the majority of your time working, you might as well have fun.”

He then joined with a New York investor who specialized in acquiring troubled malls and repurposing them. With Tylka, he turned a 100,000-square-foot mall into an indoor theme park that Tylka ran. His partner was looking to expand the operation to California when Tylka’s father called and said he was thinking of selling the auto body business to a national chain.

Tylka told his dad, instead of selling the business, how about letting the younger Tylka sell his home in Indianapolis and move back north to run it. Andrew said his dad started the business in 1983 with a friend (the Ed of the title). The elder Tylka had been working as an engineer and doing auto body work as a hobby. When the engineering company downsized, it was time to turn the hobby into his job.

Tom bought out Ed a couple of years later and eventually expanded to three locations in Lake County. Andrew said his dad was spending less and less time at the shop and was looking to retire when he called his son, who became the second generation operator of Tom and Ed’s.

“I got the opportunity to learn the operation from the staff,” Tylka said. “I learned the business for one-and-a-half years. Then we moved out of the old body shop and built a new one behind it.”

While building the new shop, Tylka got calls from two other body shops asking if he would be interested in merging, giving Tom and Ed’s five locations. The business has continued to grow, recently closing a deal on the acquisition of the Riley and Sons in Indianapolis, adding four more locations to the Tom and Ed’s chain.

What had been a $2.5 million business when he took over in 2009 is now a $22 million business. It includes a towing operation, working with area police departments to turn what at one point had fallen by the wayside into a good income source. His mom used to handle the bookkeeping for the business, but three years ago Andrew bought their share of the business and they have finally retired.

'The right place at the right time'

The COVID-19 pandemic forced Tylka to furlough some employees and consolidate operations for a while, but he said it’s back to full speed with business now exceeding last year’s.

Tylka is involved as a leader with several national and state auto body organizations, and worked with the Hammond Career Center to develop an auto body repair curriculum to try to cure the shortage of people in the trade. He’s also working with labor to develop an apprenticeship program for the trade.

“All this is worth it. It’s a passion. I’m a big person on being where the opportunities are and putting myself in the right place at the right time,” Tylka said. “Being a part of these organizations and the industry at the national level helps that. That’s why this award means a lot.”

Andrew and his wife Juanita, who is vice president of the auditing department at People’s Bank, have been married for seven years and have two sons; Thomas, 5, and Max, 10.

Notable: Tylka helped lead the repurposing of a shopping mall into a theme park in California.

Quote: “All this is worth it. It’s a passion. I’m a big person on being where the opportunities are and putting myself in the right place at the right time.”