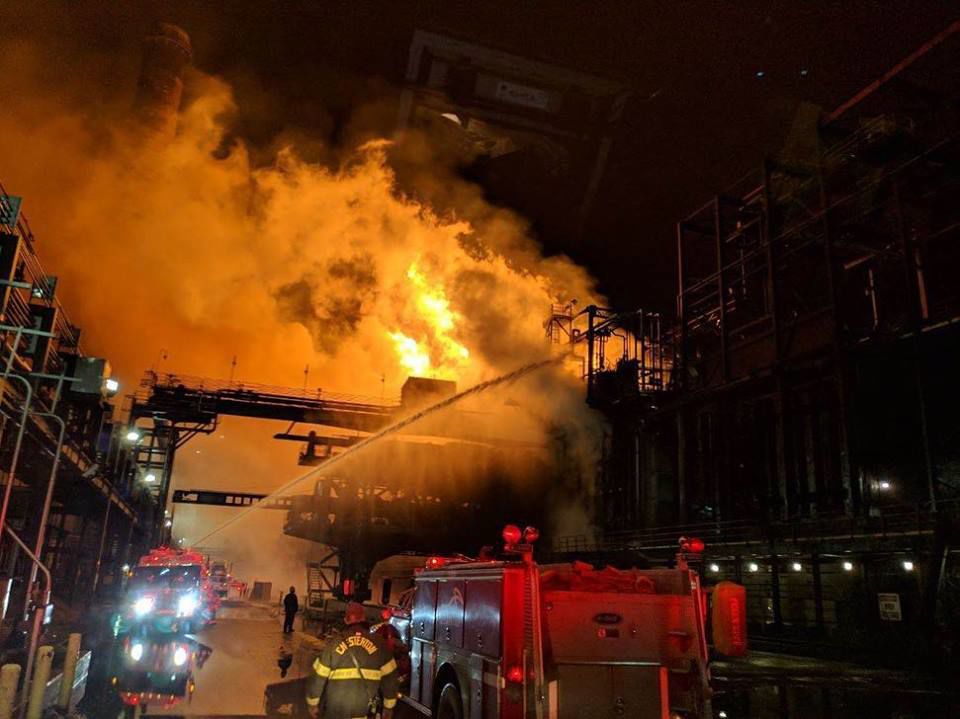 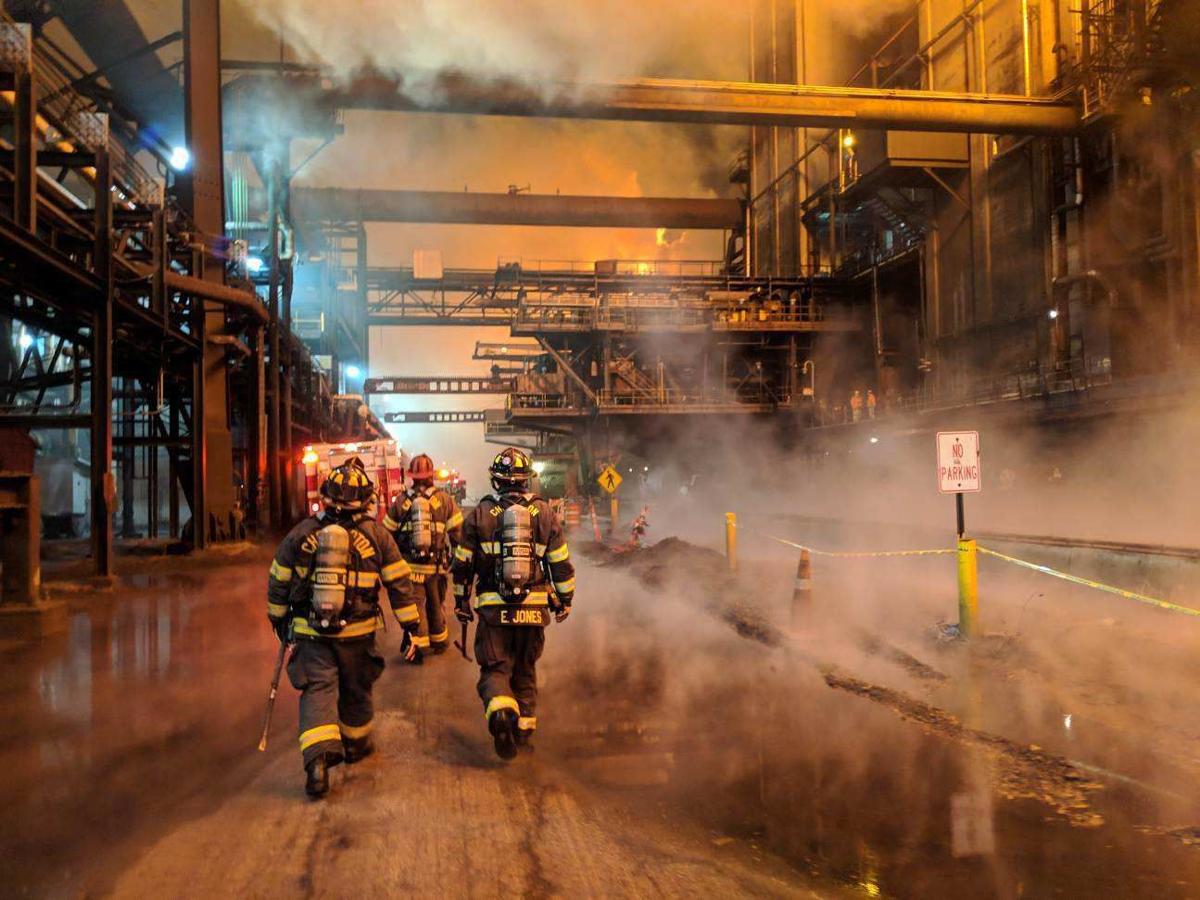 About 10,000 gallons of ammonia liquor was spilled at the ArcelorMittal Burns Harbor steel mill during a fire and brief power outage Tuesday.

ArcelorMittal contained the spill and has been working to clean it up.

"Ammonia liquor is a liquid waste byproduct from the ammonia scrubbing operations associated with coke production," Indiana Department of Environmental Management Public Information Officer Barry Sneed said. "ArcelorMittal explained that the release resulted from the high voltage power interruption that caused a backup in the production line and an overflow of ammonia liquor onto the ground."

The Indiana Department of Environmental Management's Emergency Response Program visited the mill to oversee the company's response to the spill.

"The waste ammonia liquor was contained on-site, and spill cleanup was in progress," Sneed said. "On Feb. 7, ArcelorMittal advised that spill cleanup is ongoing, with two environmental response companies vacuuming up the liquid and placing it in four on-site frac tanks. They plan to work through the night. IDEM will continue to monitor the cleanup."

Exposure to high levels of ammonia can cause irritation, coughing and burns, but ammonia occurs naturally in the environment and does not bioaccumulate or last long, according to the Chemical Safety Facts website.

The "high voltage power interruption" at ArcelorMittal Burns Harbor Tuesday caused major flaring when the mill had to burn off excess coke oven gas that normally would have been burned in a blast furnace to make iron, a key part of the steelmaking process. An automated emergency flare system at the mill triggered the flaring that resulted in towering flames that could be seen from U.S. 12.

"It is being reported to IDEM that there was not a structural fire," Sneed said. "Reportedly there was an increase in gas build-up in the coke ovens due to the power interruption. The observed flames were the intentional flaring of this gas buildup."

A firefighter with the Porter Volunteer Fire Department became ill while working to control the flames and had to be taken to a hospital to be treated for heat exhaustion.

After nearly tripling its annual profit to $1.1 billion, an encouraged U.S. Steel announced last week it would revive an idled electric-weld p…

ArcelorMittal Burns Harbor has cleaned up a spill of 10,000 gallons of ammonia liquor that was discharged during a brief power outage Feb. 5.

ArcelorMittal buys back $89.6 million in shares

ArcelorMittal recently bought back 4 million shares of its stock, valued at $89.67 million.

UPDATE: Fire at ArcelorMittal Burns Harbor burns up a trailer

Indiana ranked third worst nationally in the release of toxic chemicals per square mile in 2017, the most recent year for which data is availa…

U.S. Steel will invest $1 billion into Mon Valley Works, including into the coke plant that supplies its blast furnaces in Northwest Indiana.

ArcelorMittal has pumped $2.5 billion into automotive business over past five years

U.S. auto sales have topped 17 million for four straight years, and are projected to again be about 17 million in 2019.ArcelorMittal has been …

The Indiana Manufacturers Association elected its 2019 board, which includes several representatives from Northwest Indiana and will be lead b…

ArcelorMittal USA taking over as managing partner for Iron Range mine