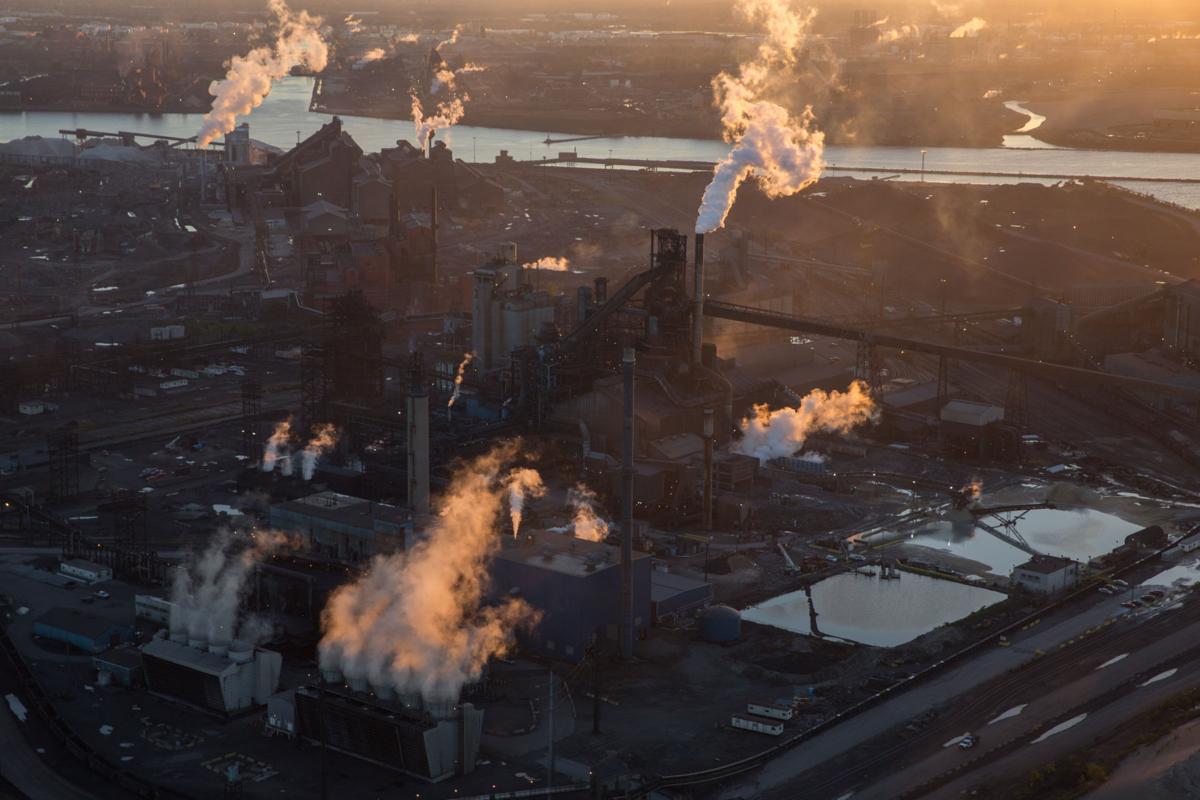 The ArcelorMittal Indiana Harbor complex is seen in October 2016. Luxembourg-based ArcelorMittal, which operates in 60 countries worldwide, sold off almost all its U.S. assets, except for its tubular plants, its more modern finishing line at Calvert in Alabama and its Global R&D Research Center in East Chicago. 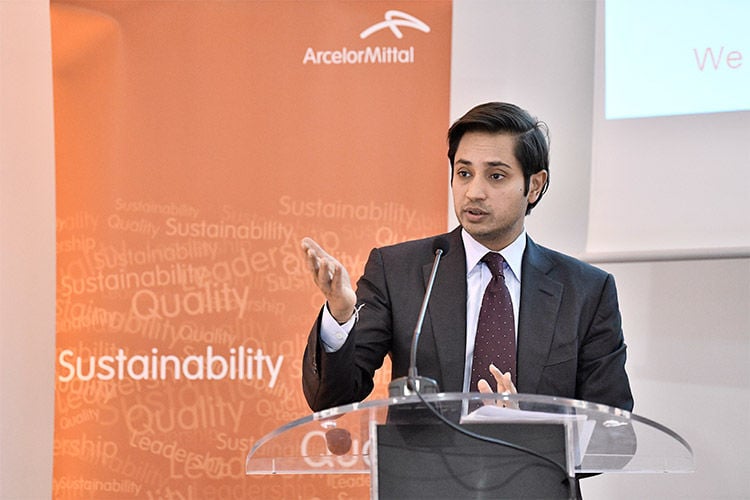 “Combining these two companies, which have enjoyed a long and strong supplier/customer relationship, is a unique opportunity to create a competitive and resilient company with considerable synergy potential," ArcelorMittal President and CFO Aditya Mittal said about the deal with Cleveland-Cliffs. "As a result, this transaction offers compelling value proposition with further upside potential."

In a stunning development that will have massive ramifications for Northwest Indiana, Cleveland-Cliffs announced this week it will acquire ArcelorMittal USA for $1.4 billion. The purchase means sweeping changes for Northwest Indiana's steel industry and the first big change in ownership in the mills that line the lakeshore in more than a decade.

The deal will consolidate the long-declining domestic integrated steel industry that makes new steel with blast furnaces into the hands of just two big players in the United States. They are U.S. Steel and Cleveland-Cliffs, who potentially will have more negotiating power with the auto industry that is the steel industry's lifeblood.

Cleveland-Cliffs will surpass U.S. Steel as the largest flat-rolled producer of steel in the United States. But the new ownership will be a tiny fraction of the size of the multinational steel and mining giant ArcelorMittal with little steelmaking experience before it acquired AK Steel earlier this year, ushering in a new era of uncertainty.

But United Steelworkers union leaders said they were happy they will end up across from a friendlier partner at the bargaining table, which already agreed to accept the existing contract with its health insurance, benefits and pensions for current and retired workers.

The USW has not yet met with Cleveland-Cliffs but it agreed to assume the existing labor contract and take on the existing health care, insurance and pension, Millsap said. The current contract does not expire until September 2022.

"We don't yet know the impact on operations yet," Millsap said. "They could have bargained a new contract before the purchase but assumed the one we had."

"Hopefully, things will change before the next negotiation," Millsap said. "We've seen things starting to come back from the COVID business impact. Orders have started to come back. We'll have to wait and see."

The deal means that the integrated steel industry with blast furnaces, which makes new steel and accounts for about 30% of the U.S. steel industry overall, will be consolidated into the hands of just two companies, said steel analyst Charles Bradford of New York City-based Bradford Research Inc. While mini-mills have taken over much of the construction business, integrated mills like those along the lakeshore in Northwest Indiana have survived because they make the higher grades of steel used by the automotive industry and the tin plate business.

"There's less competition for the automobile industry, which has higher requirements for its steel," he said. "Electric arc furnaces have nitrogen and scrap contaminants. A lot of work has been done to improve them. But the mini-mills haven't been able to make that grade of steel."

The U.S. steel industry has been struggling and mismanaged for years, but Cleveland-Cliffs may be more efficient because of its mine operations and new hot briquetted iron operation in Toledo, Bradford said.

After decades, the ongoing consolidation of the U.S. steel industry may have reached its final point, Bradford said. Antitrust regulators could forbid the final two integrated steel companies from ever consolidating into one.

"U.S. Steel and Cleveland-Cliffs are the only integrated steel companies left," he said. "The automobile industry would likely argue against any further consolidation and certainly wouldn't be happy."

The deal is a game-changer for the Region, Indiana University Northwest Professor Micah Pollak said.

"I don’t think it’s possible to overstate how huge an impact this will have on Northwest Indiana," Pollak said. "While the steel industry is not as dominant in Northwest Indiana as it once was, the economy here still very much revolves around steel, and to have the largest mills in the Region change hands is relatively earth-shattering. In Lake County in the first quarter of 2020, 5.8% of all jobs and 12.1% of all wages were directly in primary metal manufacturing with many more jobs and additional wages relying indirectly on the industry."

The outlook is unclear at this point, Pollak said.

"This change brings a huge amount of uncertainty as well as reasons to be both optimistic and concerned. Until now Cleveland-Cliffs has been primarily in the mining industry and this year was the first time it began producing steel," he said. "It is now the single largest producer of steel in the United States. There is certainly concern about how ownership of the mills in Northwest Indiana transitioning from a company with long experience producing steel to one very new at it.

"Cleveland-Cliffs is also relatively small, with revenue and assets around 3-4% those of ArcelorMittal, which may mean the company has less financial depth and resources available. However, one advantage Cleveland-Cliffs brings is vertical integration, especially through greater leverage in the natural resource industry with iron and coal mines. At a time when the steel industry is struggling with rising costs and falling prices, having greater control of the supply chain will give it greater flexibility."

The management also is closer to home, Pollak said.

"Another advantage is that Cleveland-Cliffs is headquartered in Ohio and it will likely benefit Northwest Indiana to have greater ownership and decision-making happening not just from within the United States but from the next state over," Pollak said. "While the name Cleveland-Cliffs may not be as well known in Northwest Indiana as ArcelorMittal, it is a company older than U.S. Steel and was originally founded out of Michigan."

The long-term impact is unclear but Cleveland-Cliffs has had some longevity.

"I don’t think there will be immediate changes in the short-term to day-to-day operations," Pollak said. "The new owners are new to the steel industry and will likely want to become familiar with their acquisitions before making big changes, but I think big changes will come.

"How this change of ownership affects employment, pensions, idling of capacity, and more is impossible to say at this point, as Cleveland-Cliffs does not have a history of steel production to look to. However, Cleveland-Cliffs has been in business since 1847, which, in itself, is pretty strong evidence of making good decisions and running a healthy business. Overall, I believe this acquisition will likely be a good thing for Northwest Indiana, but it will certainly be disruptive." 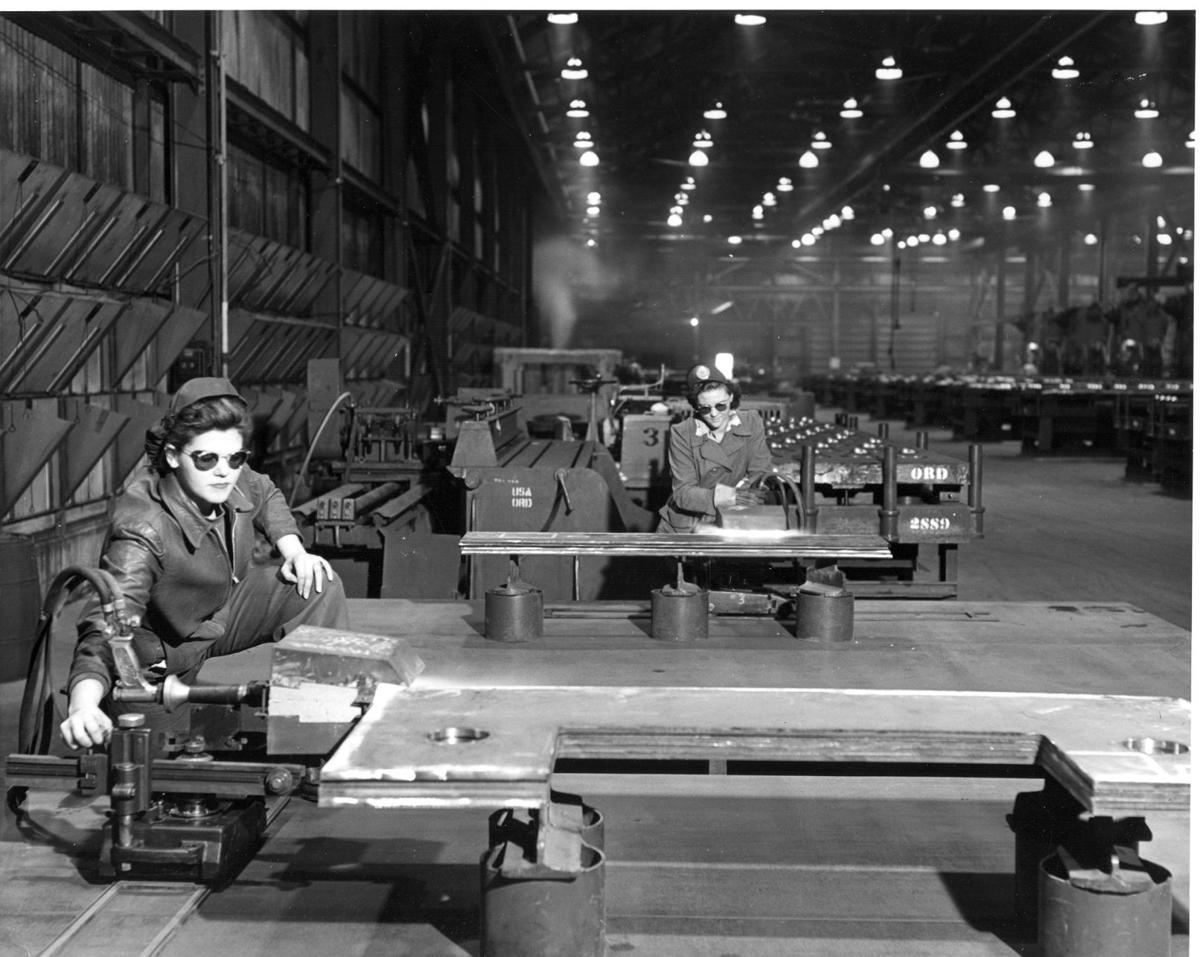 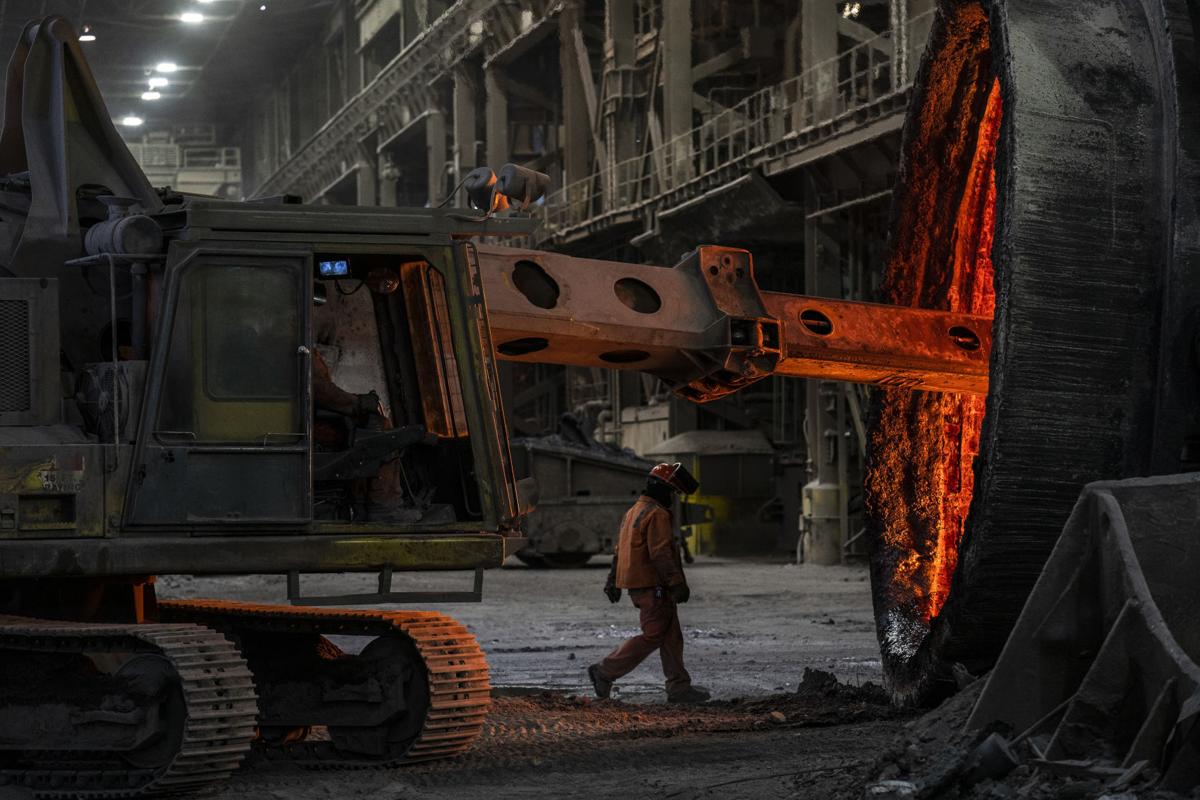 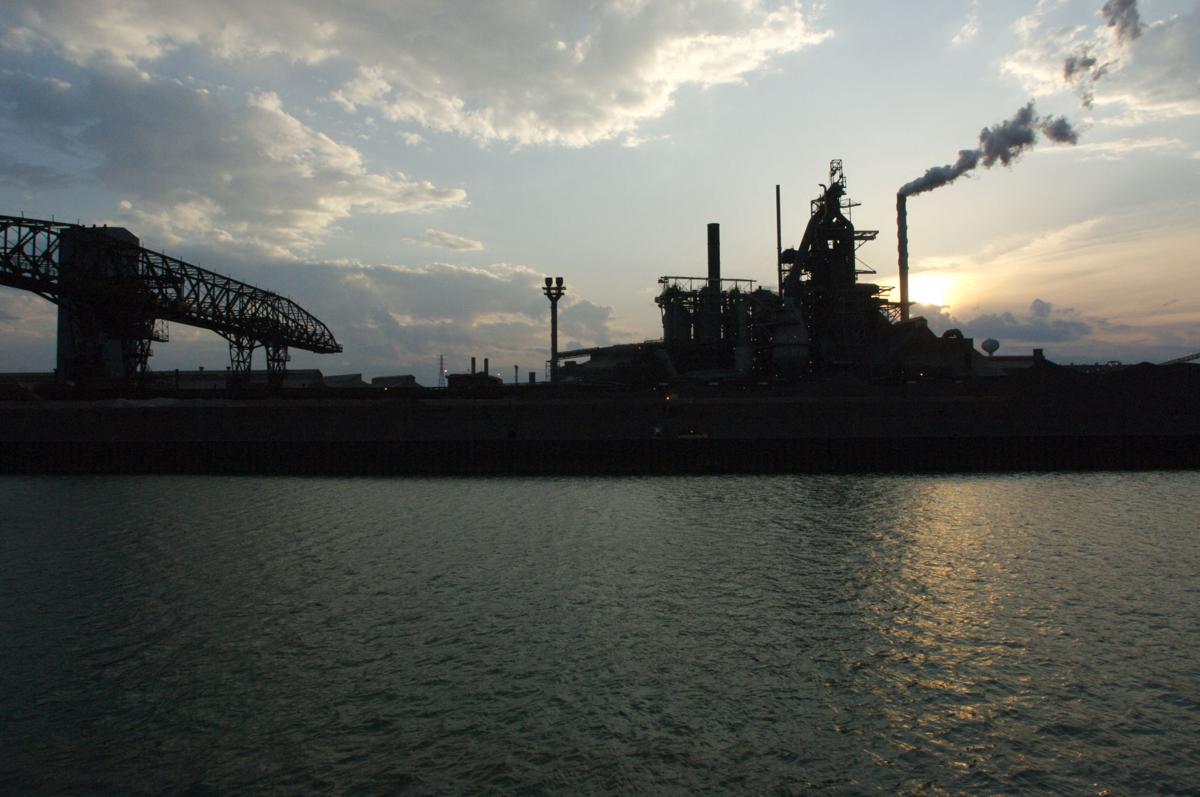 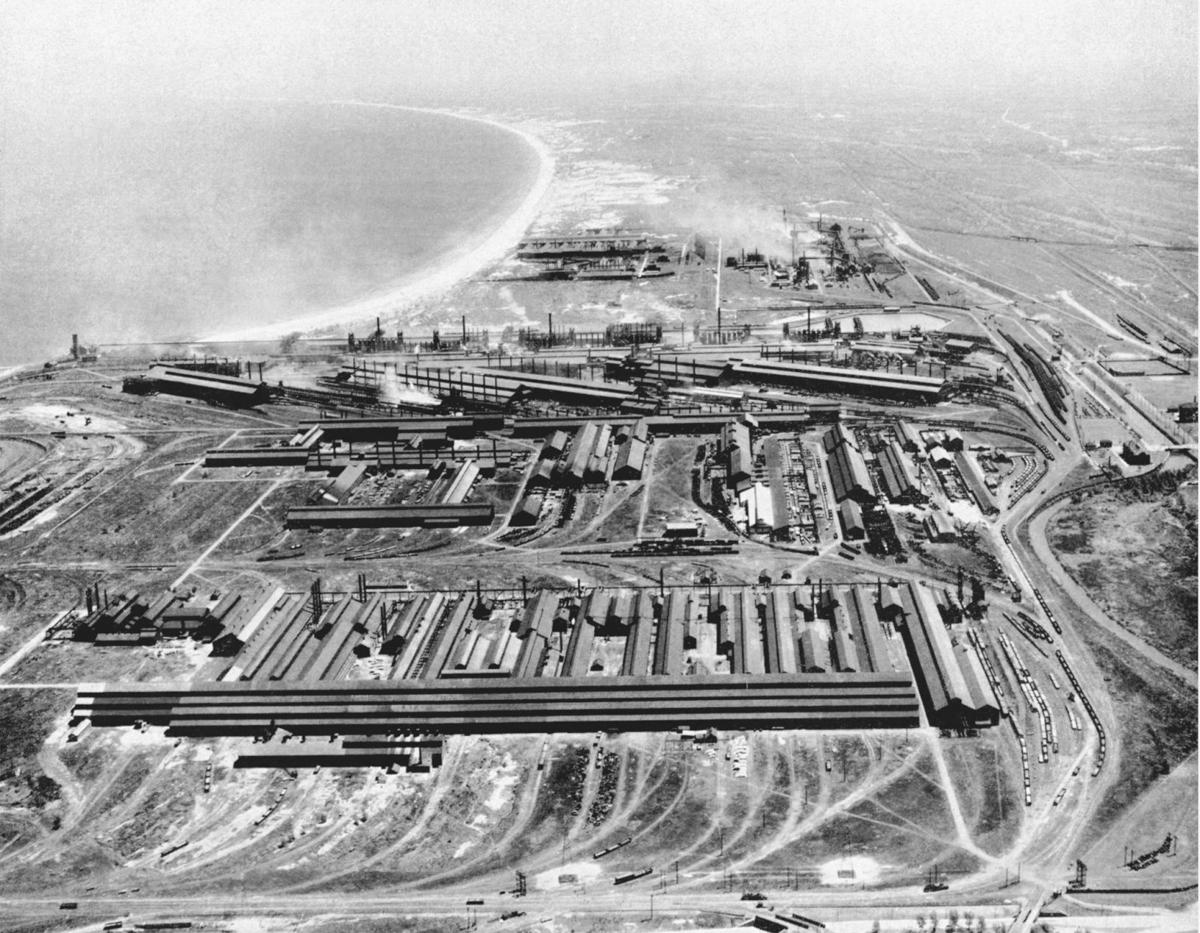 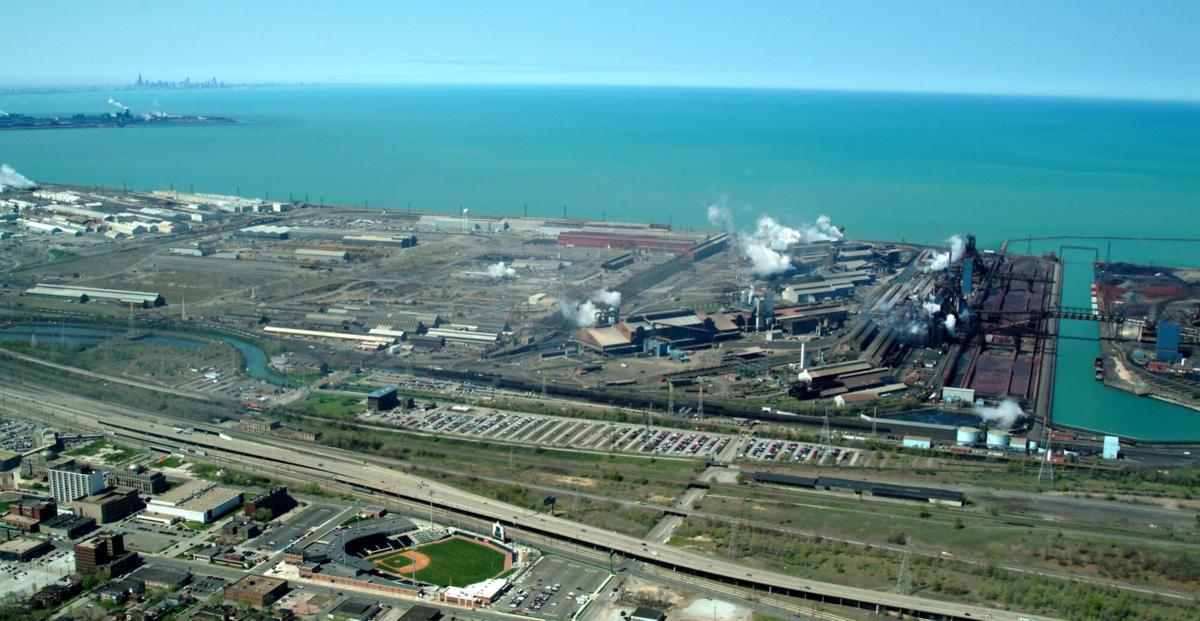 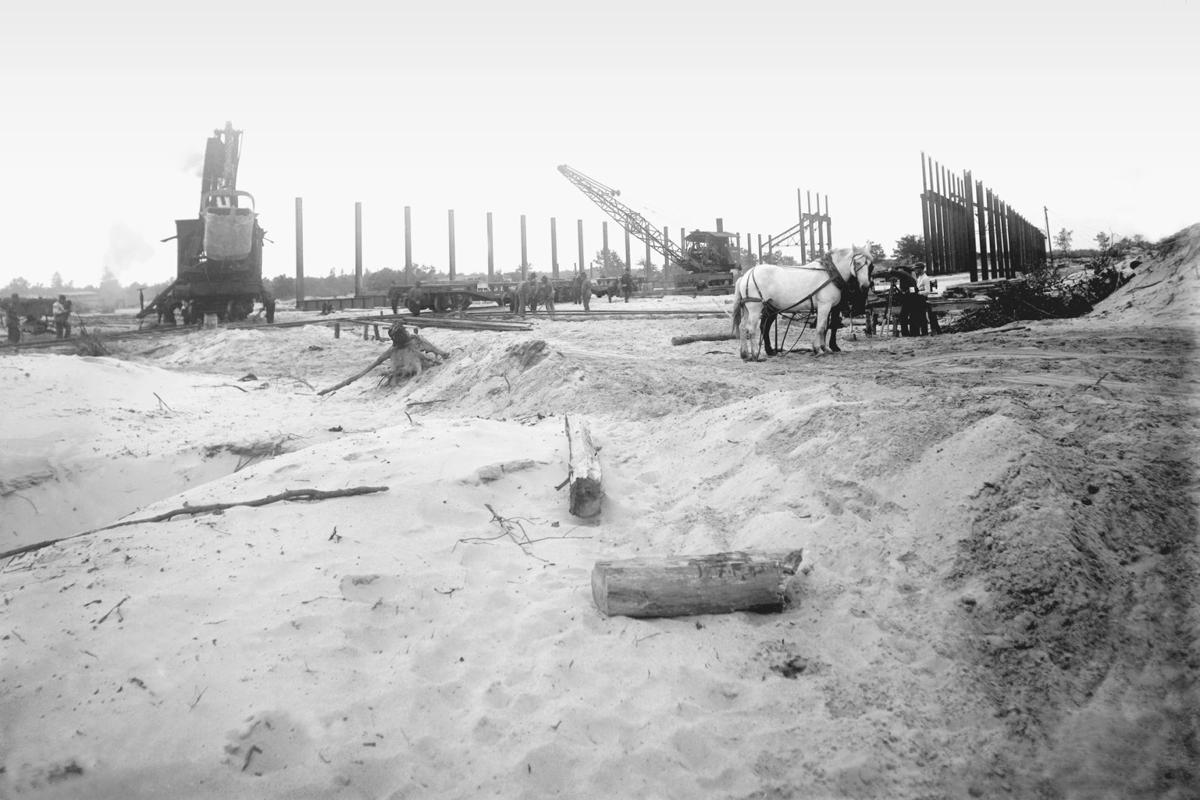 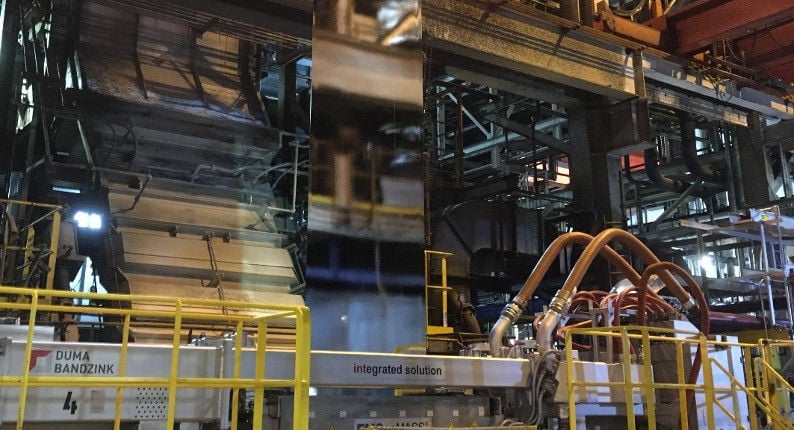 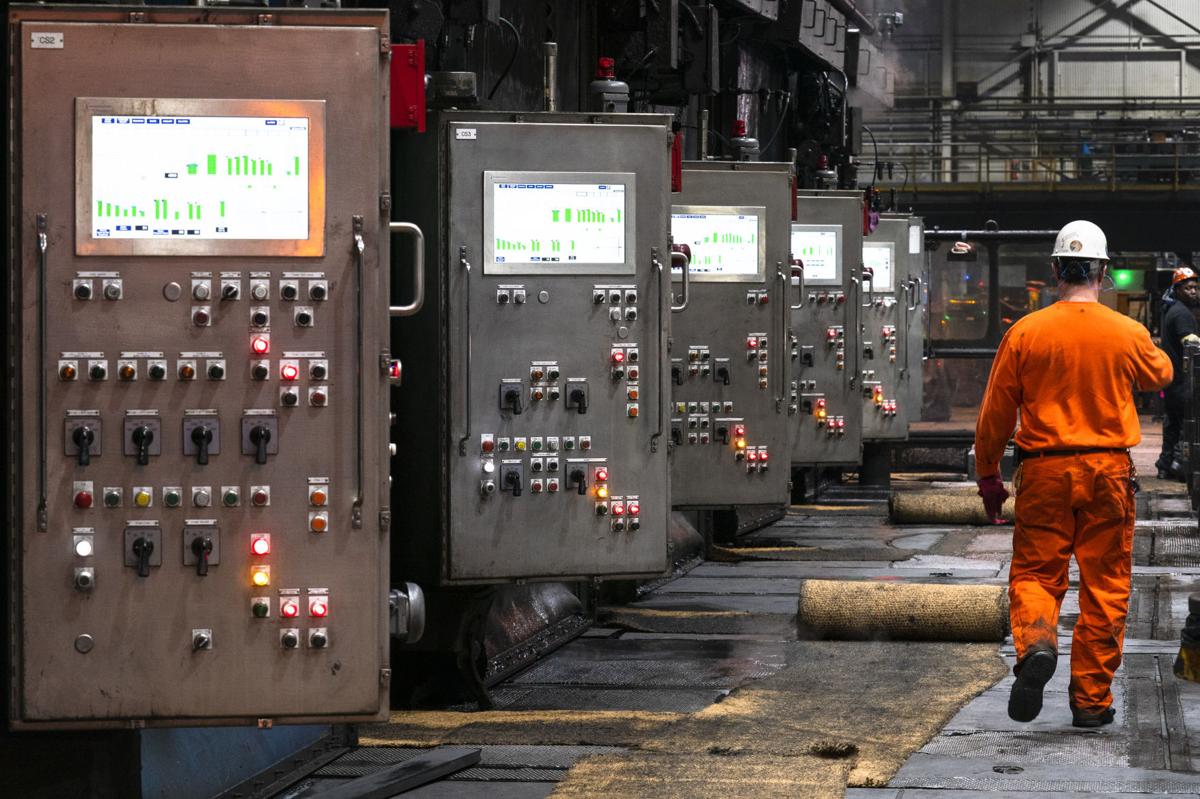 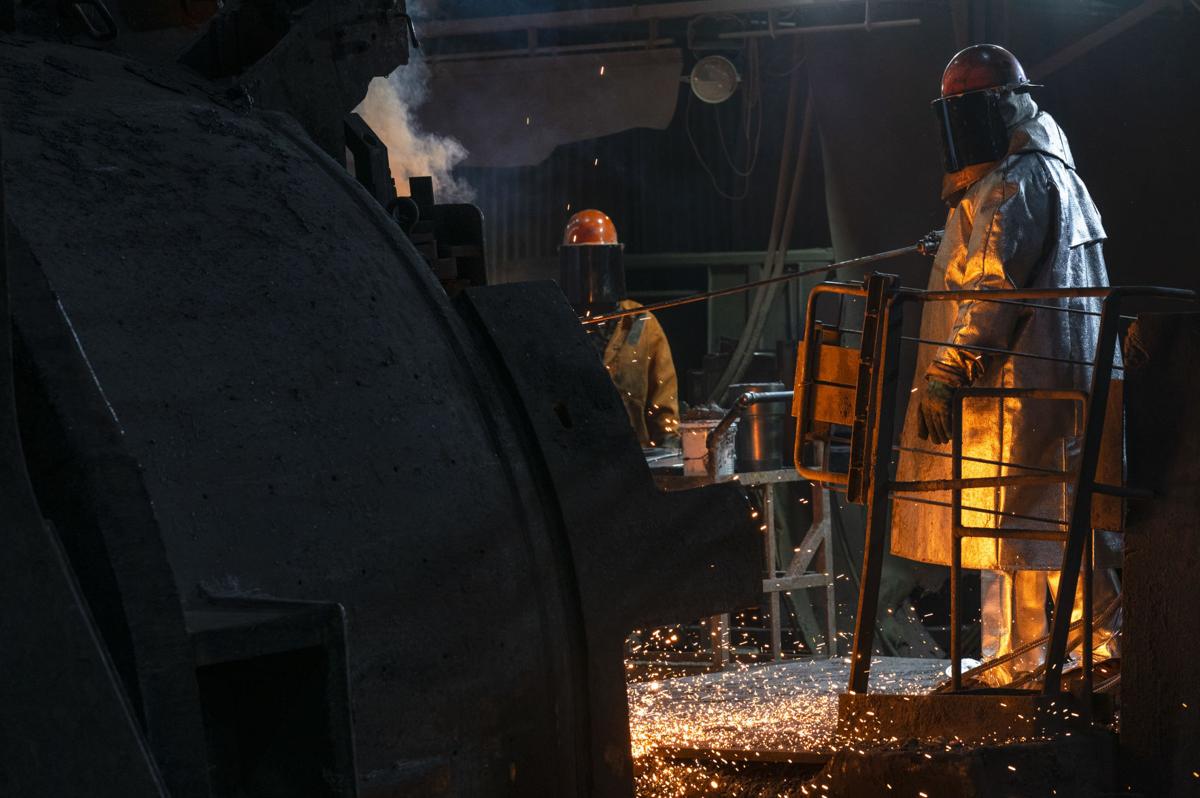 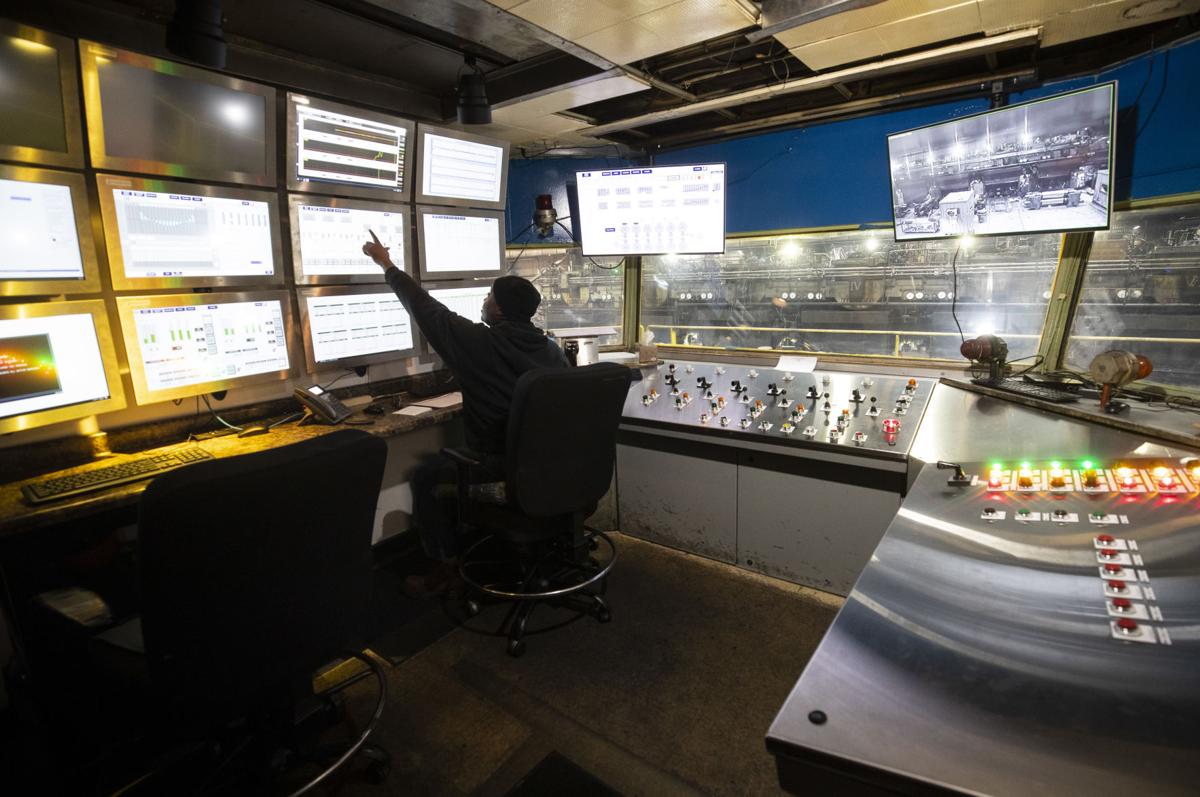 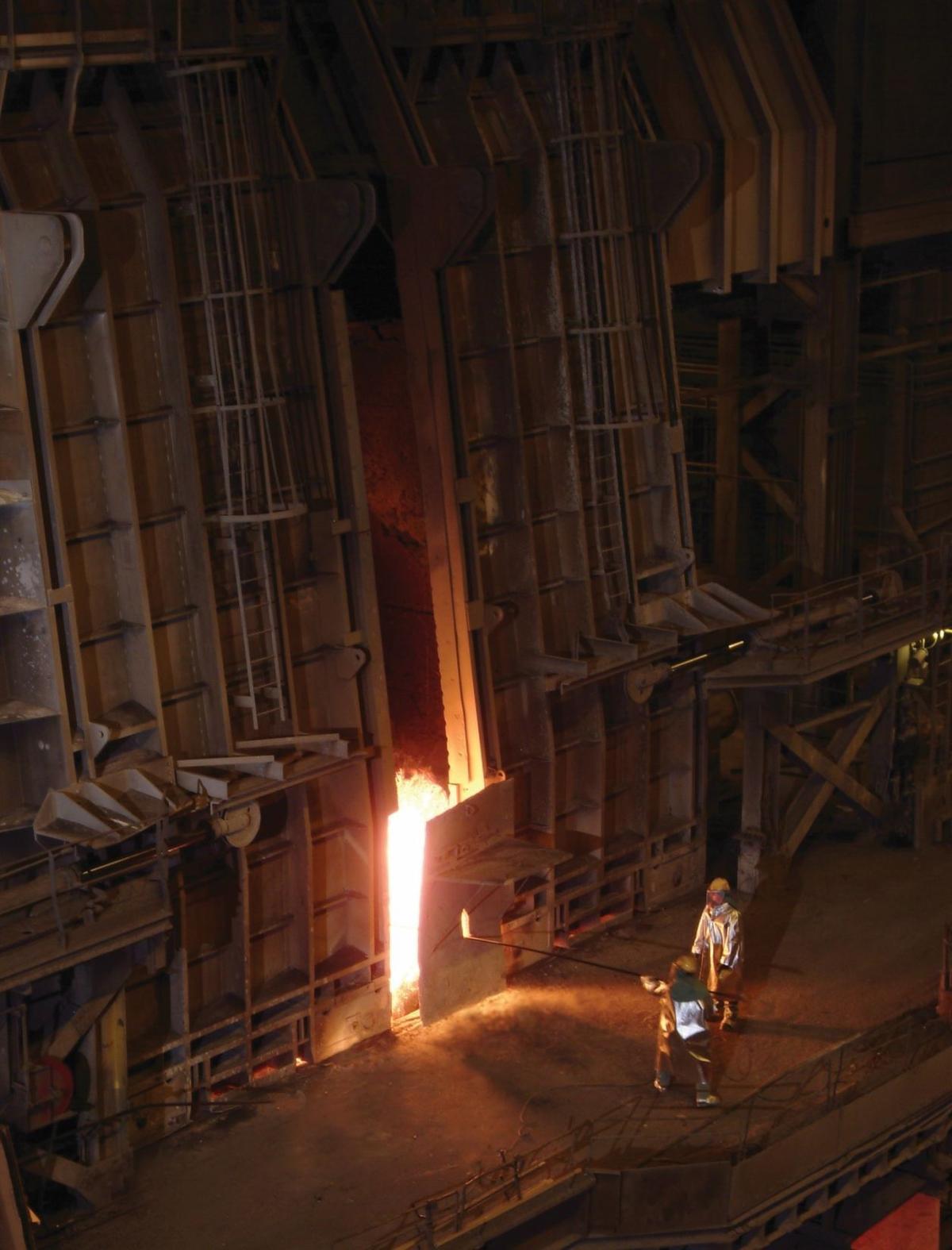 ArcelorMittal USA sold to Cleveland-Cliffs for $1.4 billion in end-of-an-era merger

ArcelorMittal USA to be acquired by Cleveland-Cliffs in end-of-an-era merger that will have seismic ramifications for the Region.

Steel production down more than 20% with capacity utilization of just 65.8%

Great Lakes steel production dipped by 3,000 tons last week and remains depressed by more than a fifth so far this year, according to the American Iron and Steel Institute.

The Calumet Area Industrial Commission will host Cook County Assessor Fitz Kaegi for a talk on how industrial real estate is being assessed.

The free clinic will take place between 11 a.m. and 3 p.m. Sunday at Franciscan Health Michigan City at 3500 Franciscan Way.

Great Lakes steel production jumped by 27,000 tons last week but remains depressed by more than a fifth so far this year, according to the American Iron and Steel Institute.

ArcelorMittal steel from the Region has gone into many NFL stadiums

Many of the NFL stadiums now filled with cardboard cutouts in the seats were made with ArcelorMittal steel, including metal forged in Northwest Indiana.

The sudden, abrupt job losses were the worst they've been in a lifetime, easily eclipsing the Great Recession induced by the financial crisis of 2007 and 2008.

Sunset Hill Farm County Park, 775 Meridian Road in Liberty Township, will still be lit up with Christmas lights this holiday season people can appreciate from the safety of their own car.

Great Lakes steel production ticked up by 5,000 tons last week and remains depressed by nearly a fifth so far this year, according to the American Iron and Steel Institute.

Aquagenics Technologies is relocating its research and development center, manufacturing operations and headquarters from Naperville  to Michigan City. It's taking over 530,000-square-foot, 35-acre campus that has sat vacant for a decade.

The United Steelworkers union, which represents thousands of workers across Northwest Indiana, shined a Biden-Harris "batlight" on the Trump International Hotel and Tower on the north bank of the Chicago River in Chicago's River North neighborhood over the weekend.

The ArcelorMittal Indiana Harbor complex is seen in October 2016. Luxembourg-based ArcelorMittal, which operates in 60 countries worldwide, sold off almost all its U.S. assets, except for its tubular plants, its more modern finishing line at Calvert in Alabama and its Global R&D Research Center in East Chicago.

“Combining these two companies, which have enjoyed a long and strong supplier/customer relationship, is a unique opportunity to create a competitive and resilient company with considerable synergy potential," ArcelorMittal President and CFO Aditya Mittal said about the deal with Cleveland-Cliffs. "As a result, this transaction offers compelling value proposition with further upside potential."