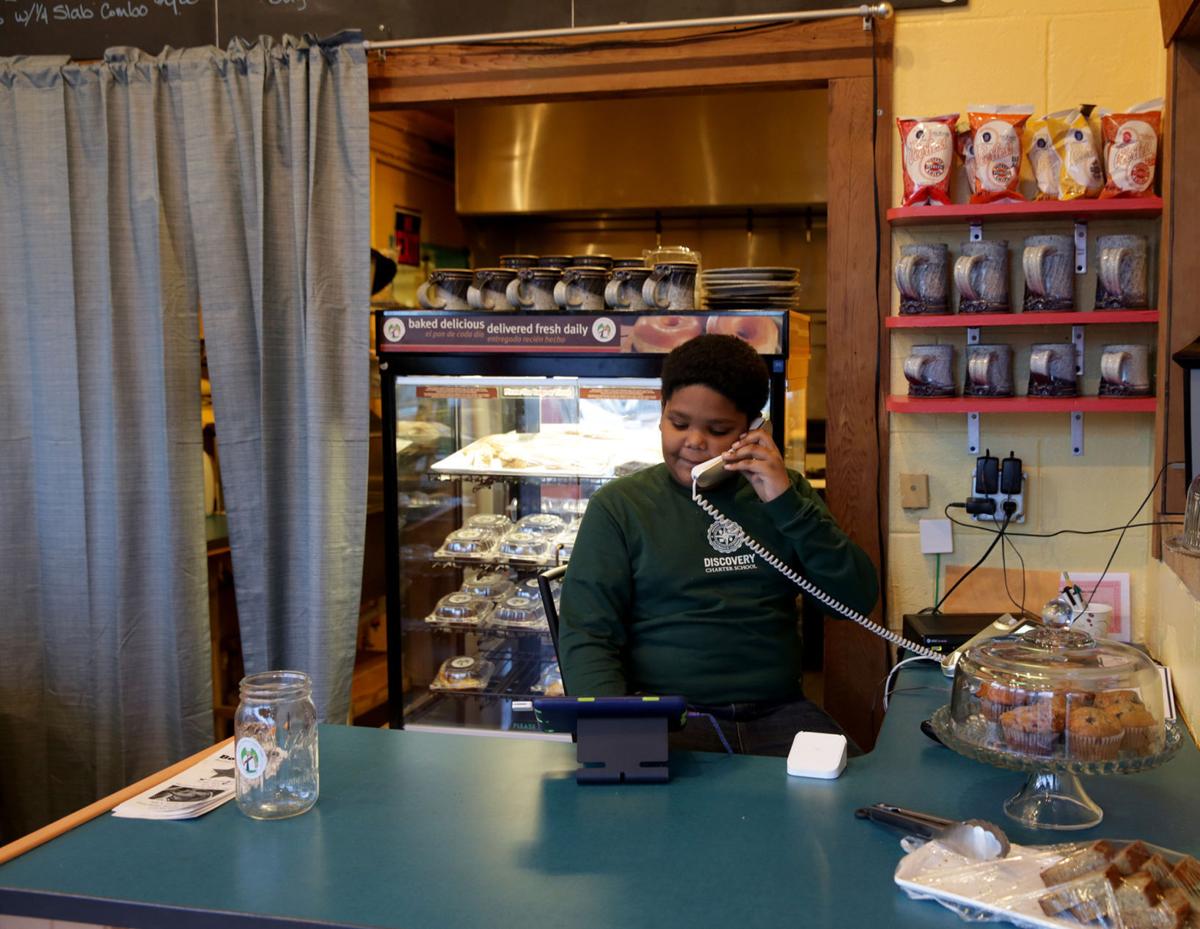 Ben Watkins, 10, takes a customer's order Wednesday at Big Ben's Bodacious Barbecue & Deli, in Gary. The restaurant, named after Ben, is owned by his parents. 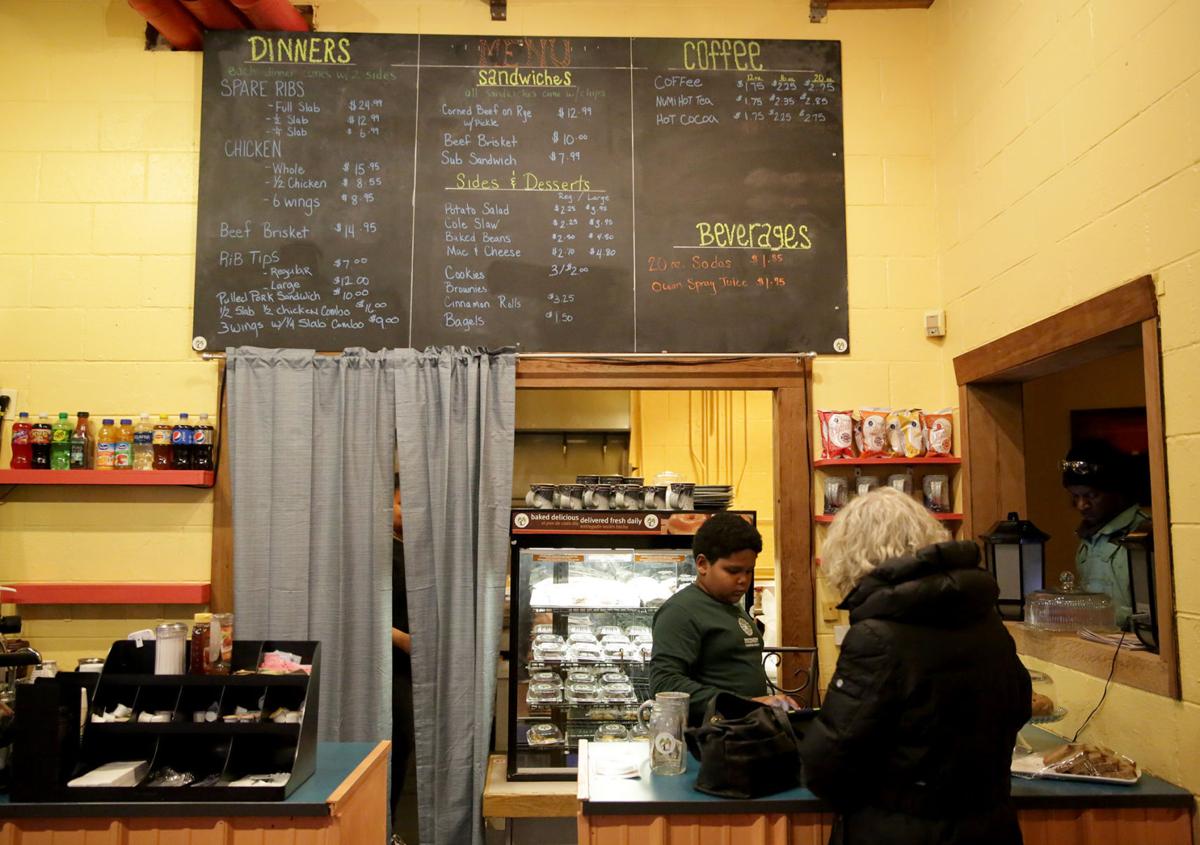 Ben Watkins, 10, takes a customer's order Wednesday at Big Ben's Bodacious Barbecue & Deli in Gary. The restaurant, named after Ben, is owned by his parents. 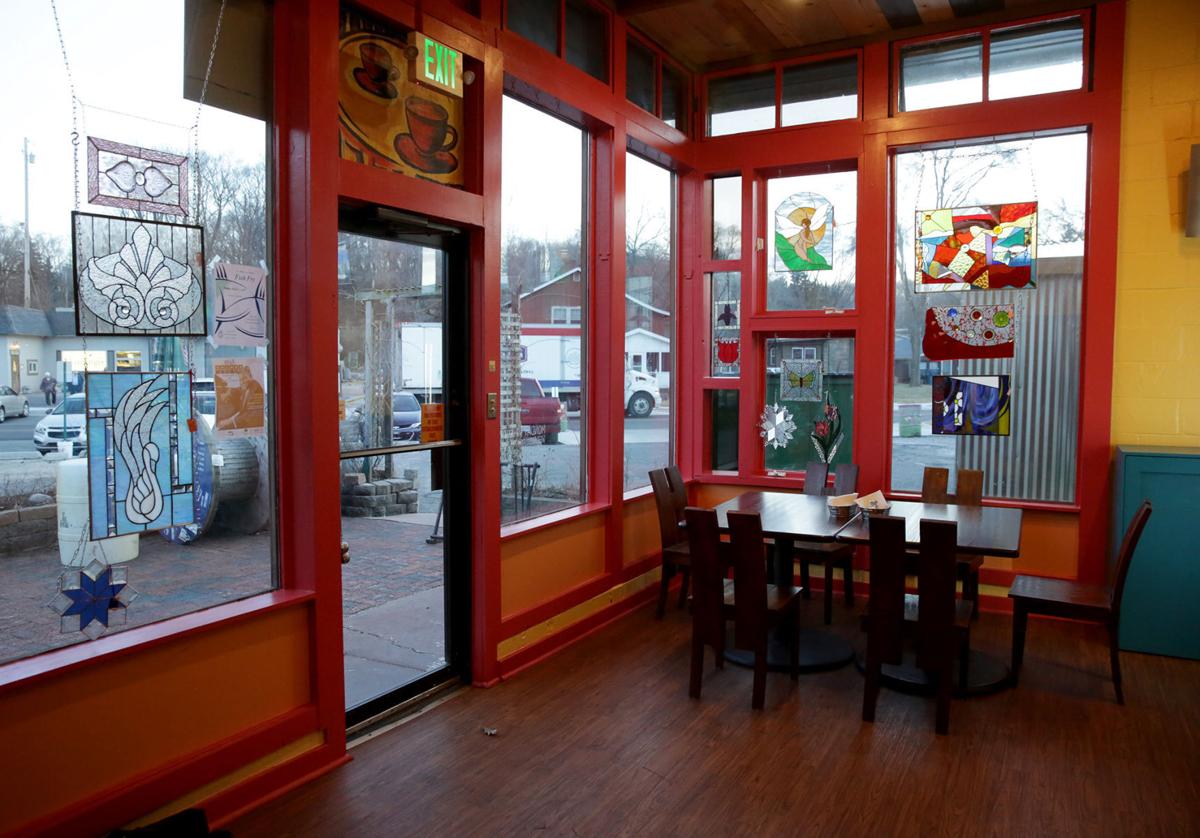 The front end of Big Ben's Bodacious Barbecue & Deli's is shown in Gary. 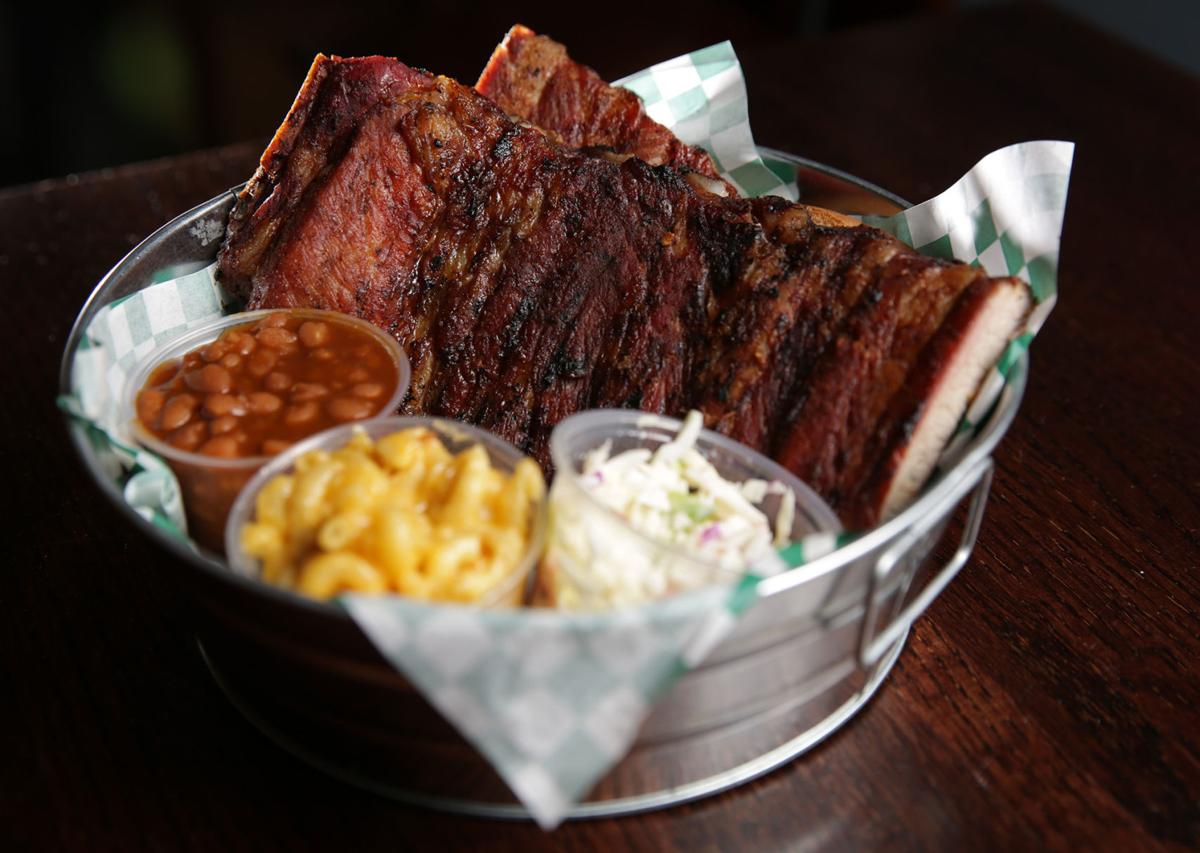 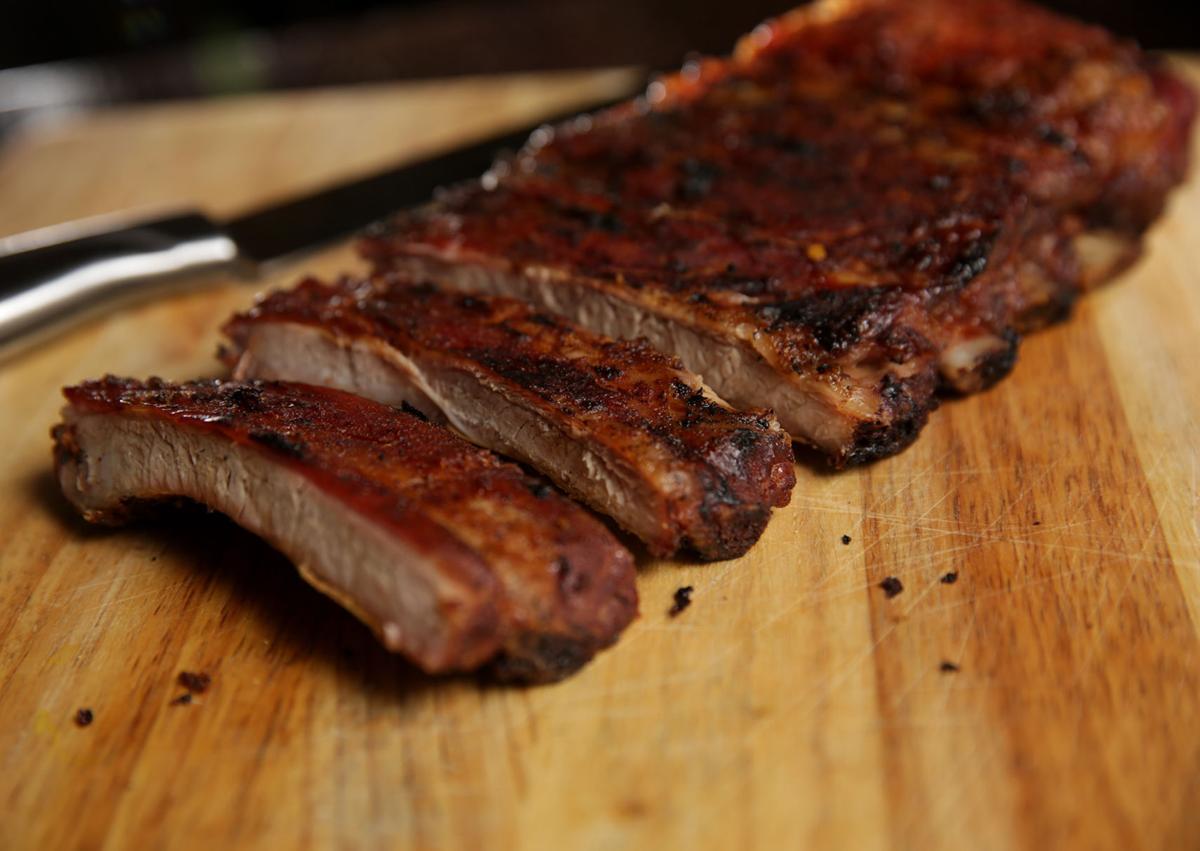 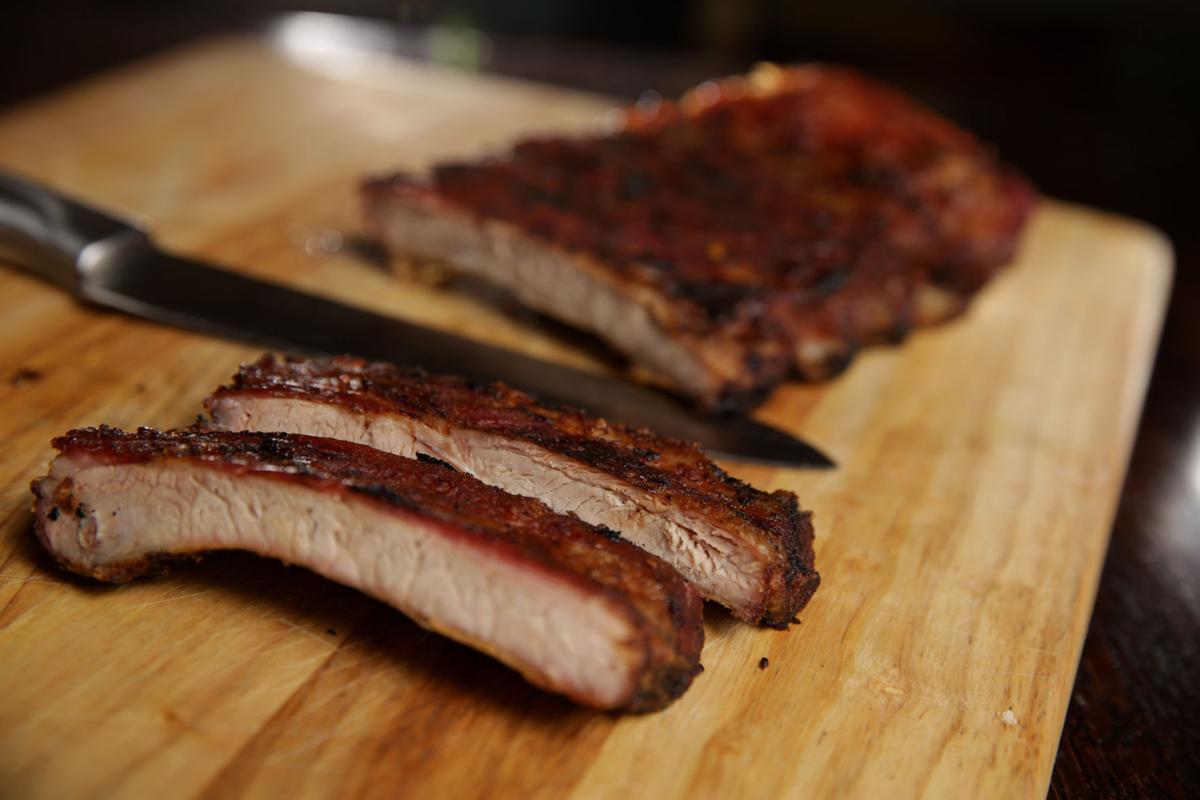 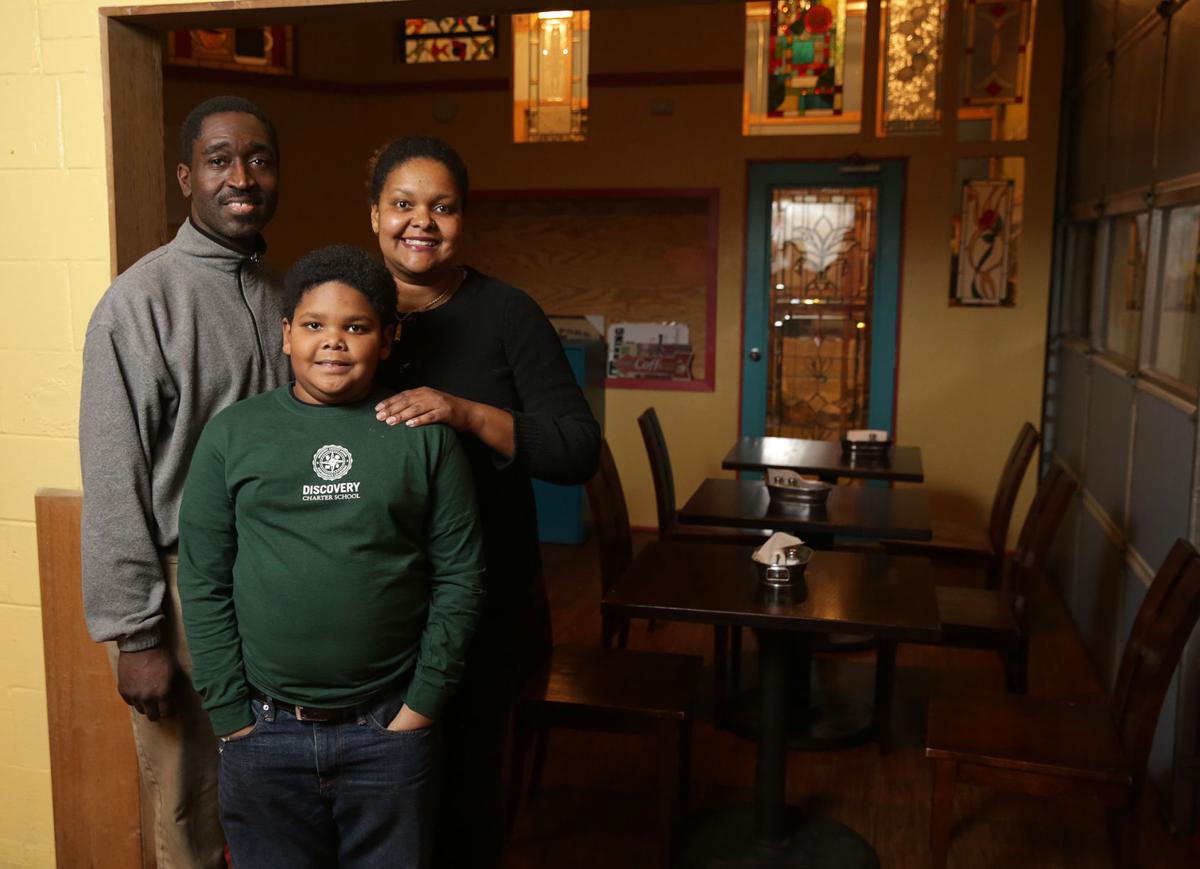 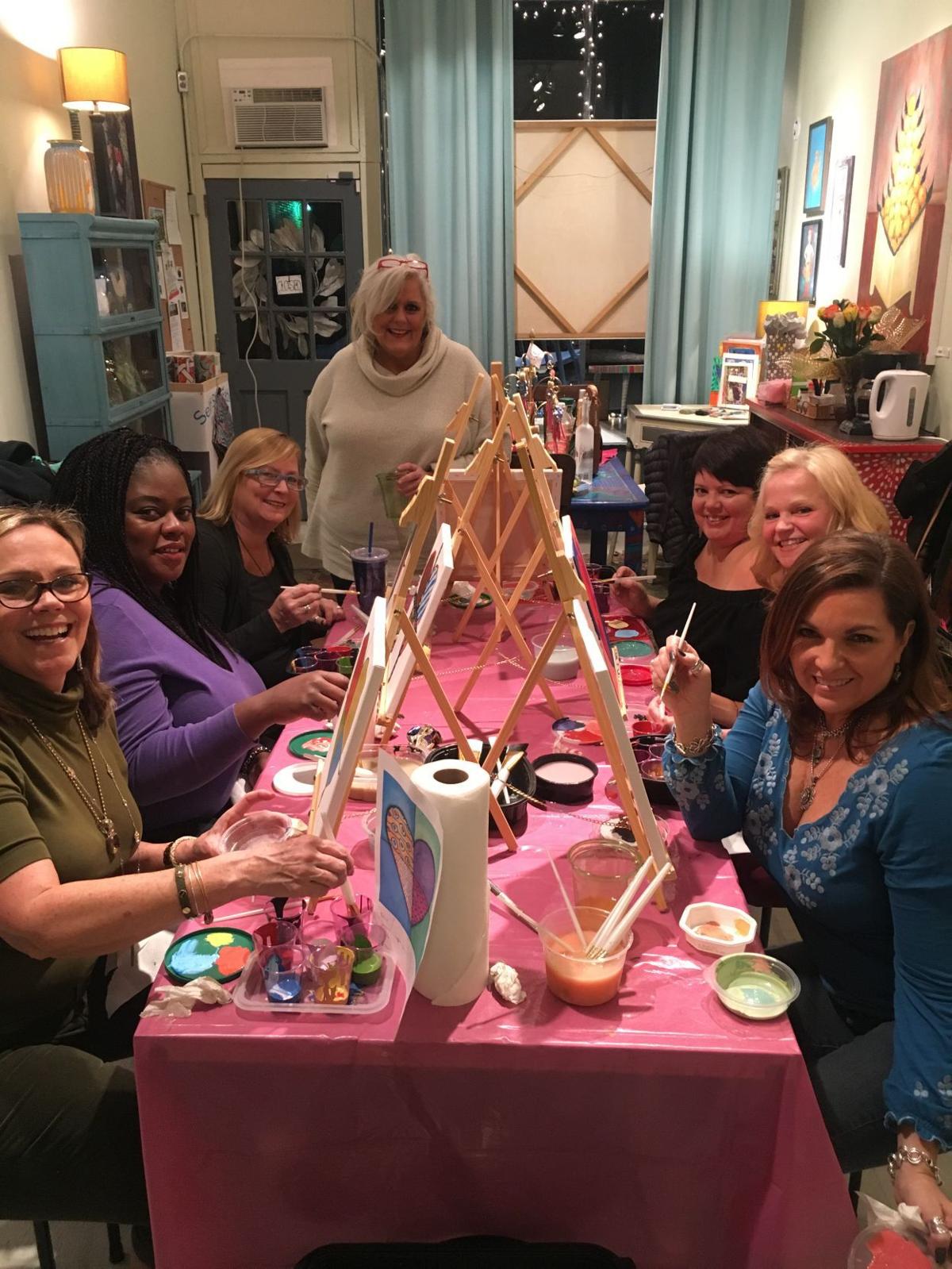 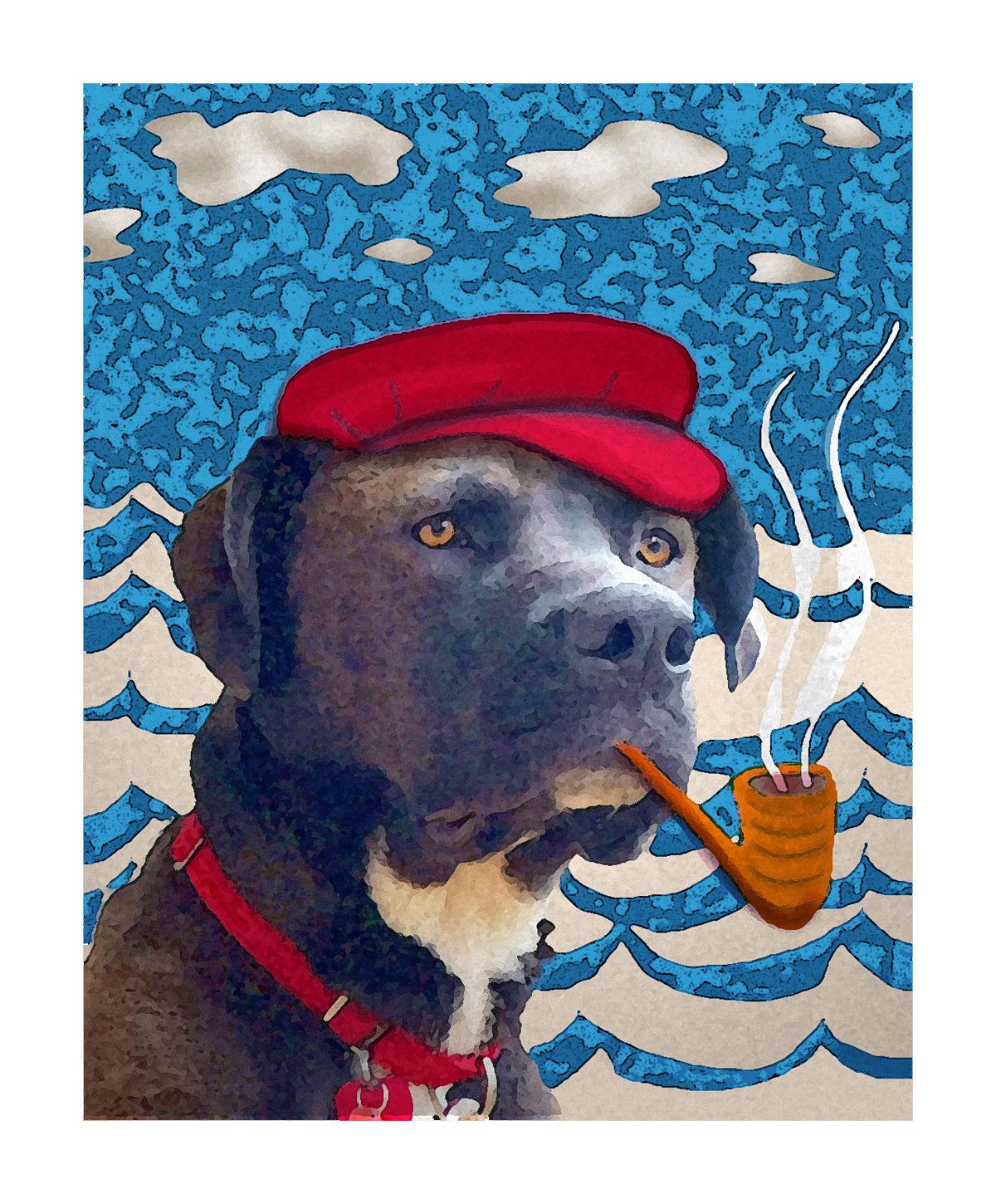 Painted Board Studio artist Jennifer Taylor painted a portrait of her dog Arlo and does pet portraits on commission. The studio is located in Gary's Miller section. 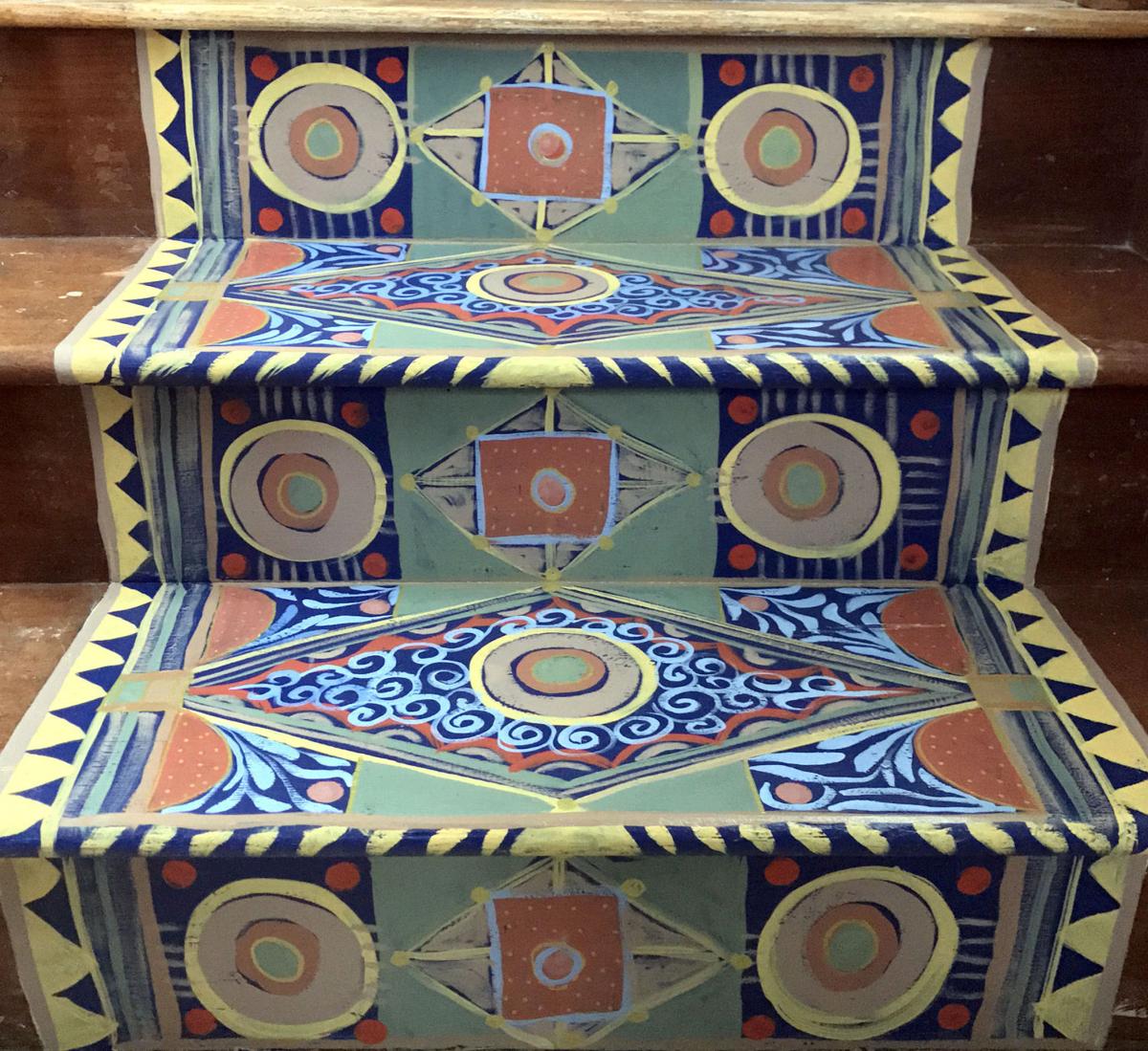 Painted Board Studio owner Jennifer Taylor paints furniture on commission, such as these stairs. Her studio is located in Gary's Miller section.

Several new businesses have opened in Gary's resurgent Miller neighborhood, including a real estate office, an art gallery, a stained glass studio and a barbecue restaurant that is also a deli, bakery, and coffee shop.

Miller Beach Arts & Creative District Executive Director Meg Roman said a total of 10 new businesses have opened in Gary's artsy lakefront neighborhood — where many Chicagoans have summer homes — during the past two years. At least two to three more businesses are expected to open this year, including a restaurant that's slated for the shuttered Brasserie coffee shop.

The neighborhood hit a rough patch in 2010, when the landmark fine dining restaurant Miller Bakery Cafe closed. But arts initiatives such as a new gallery and a graffiti mural program, plus the arrival of 18th Street Brewing in 2013, have led to a surge of redevelopment. The Lake Street business corridor is now lined with new businesses, including boutiques, art galleries and a juicery, and Miller Bakery Cafe reopened.

"People who haven't been here in a while are pleasantly surprised at how interesting the area has gotten," Roman said.

While engaged Miller residents have been leading the revitalization efforts in their neighborhood, the city also is planning to spur on redevelopment there. There are plans to upgrade the South Shore Line station to have a raised platform and to bring in transit-oriented development. Several efforts are also aimed at citywide revitalization, including architectural preservation, an artist-led streetlight project, and Theaster Gates's ArtHouse: A Social Kitchen downtown.

"(My husband) loves to barbecue," Edwards said. "We have smoked meats, chicken, brisket, pulled pork, rubs and barbecue sauces. The most popular are ribs, rib tips and beef brisket. ... Our area just had a need for it. In Chicago every neighborhood has its own barbecue, and that was lacking here."

To fill the void left by the departure of Marquette Perk, Big Ben's functions as a coffee shop when it opens at 7 a.m., and then starts serving barbecue at 11 a.m. It can seat between 25 and 30 people, and also does catering.

The attached Wonderland Stained Glass makes customized decorative glass, has a monthly craft and cocktail night, and hosts a variety of classes, including for silversmithing, bead making, jewelry making and of course bead making. They can run from $40 for an afternoon seminar to $125 for a five-week class.

"I love teaching, and by opening up the shop and workspace I can teach and share the arts with others," Edwards said. "I get inspired by my students, and like to watch ideas from their heads become a reality."

Painted Board Studio at 621 S. Lake St. will also do classes for six or more people and hosts art parties where people can try their hands at painting, including pizza art parties where kids paint pizza boxes and eat pie from the Miller Pizza Company across the street.

Self-taught artist and actress Jennifer Taylor, who's appeared on shows like "Chicago Fire" and "Empire," first opened the gallery in Riverside in Illinois in 1994, and moved it to Lake Street after relocating to Miller a year ago. She does custom painted furniture on commission, self-stick wall art, murals and whimsical pet portraits, such as of dogs in sea captain's hat smoking pipes. People can bring in good facial photos of a beloved dog or cat, and she will produce a portrait on paper that can be framed.

"I always made my living as a actor," she said. "Art was a hobby that developed overtime into something I loved to do... I think every house in Riverside has a piece of my furniture in it."

Taylor has been commissioned to do murals for several Chicago Public Schools and sells her pieces out of the studio where she works.

"I make it feel welcoming and always have a pot of coffee on for anyone who wants to come in while I'm working," she said.

Inexpensive and free ways to run a freelance business

Inexpensive and free ways to run a freelance business

A rash of arsons has spread across Gary's Midtown neighborhood in recent days.

If you run a family-owned business and are thinking about retirement, you'll have to start planning for what comes next, especially if there's…

Miller's Captain's House gets go-ahead to start franchising, may land soon in Valpo

Captain's House in Miller has gotten the go-ahead from the state of Indiana to franchise its "contemporary southern seafood" concept.

The latest attraction in Gary's Miller neighborhood, one of Northwest Indiana's biggest arts and culinary hubs, will be a bocce ball court.

Gary was, of course, home to the Jackson 5, and now the city is celebrating it in towering fashion.

The famed Chicago writer Nelson Algren, who won the National Book Award for his classic “The Man with the Golden Arm,” is getting a museum in …

GARY | Gary's Miller neighborhood never suffered the same degree of decline and blight as the rest of the city, quite possibly because of all …

"It's unbelievable that he did that. We're just speechless," said Anthony Edwards, Ben's uncle and caretaker along with his grandmother, Donna Edwards.

WATCH NOW: Local 'MasterChef Junior' teen who lost parents to murder-suicide dies: 'Ben suffered more than his share in his 14 years on this earth'

"Ben suffered more than his share in his 14 years on this earth but we take solace in that his suffering is finally over and in that, in the end Ben knew he was loved by so many."

Smokin' E's BBQ is a barbecue joint for people who know their barbecue. The unassuming takeout shack along Lake Station's main drag has a window full of trophies, including a Best of the Midwest award its beef brisket just won at a Master Pro Kansas City Barbecue Society contest in Union Grove, Wisconsin last fall.

Ben Watkins, 10, takes a customer's order Wednesday at Big Ben's Bodacious Barbecue & Deli, in Gary. The restaurant, named after Ben, is owned by his parents.

Ben Watkins, 10, takes a customer's order Wednesday at Big Ben's Bodacious Barbecue & Deli in Gary. The restaurant, named after Ben, is owned by his parents.

The front end of Big Ben's Bodacious Barbecue & Deli's is shown in Gary.

Painted Board Studio artist Jennifer Taylor painted a portrait of her dog Arlo and does pet portraits on commission. The studio is located in Gary's Miller section.

Painted Board Studio owner Jennifer Taylor paints furniture on commission, such as these stairs. Her studio is located in Gary's Miller section.