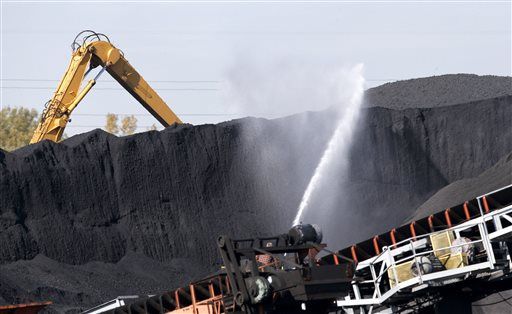 Petroleum coke, or petcoke, in late October is watered down where it is stored along the Calumet River on Chicago's Southeast Side. The EPA in June said the piles violate the Clean Air Act. 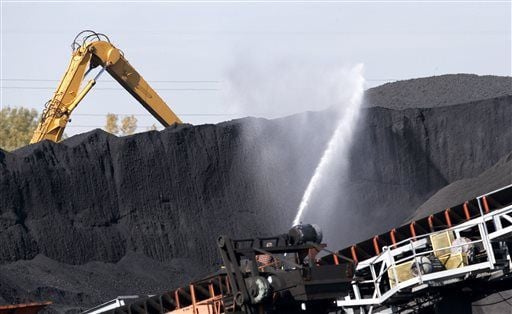 Petroleum coke, or petcoke, in late October is watered down where it is stored along the Calumet River on Chicago's Southeast Side. Residents still have concern that wind will blow it around.

CHICAGO | Beemsterboer Slag Corp. has closed down its petcoke storage operation in Chicago and sold its Calumet Transload Facility at 2900 E. 106th St. after an ongoing crackdown.

"The property has been sold," company president Alan Beemsterboer said. "Doing business in the city is increasingly difficult."

The Hammond-based company faced pressure from the city, state and federal governments after wind blew clouds of petcoke from huge open piles on the Calumet River by the Chicago Skyway Bridge through residential neighborhoods last summer. Dustings of petcoke, which can contribute to asthma and other respiratory problems, sparked an uproar and an activist movement on the Southeast Side.

Petcoke, short for petroleum coke, is an ash-like, powdery byproduct of the refining process, and the BP Whiting Refinery is now producing more than three times as much now that it is processing more heavy crude oil from the oil sands region in Canada.

Beemsterboer and the much larger KCBX Terminals have been storing heaps of the high-sulfur material along the Calumet River, before it's shipped abroad to be burned as fuel in countries with more lax environmental regulations.

This spring, Mayor Rahm Emanuel pressed for an ordinance that banned new petcoke, coke and coal facilities within city limits, and prevented existing facilities from growing. The Chicago Department of Public Health adopted new regulations that require companies to fully enclose any bulk materials they transport or store, as well as take other steps to prevent particulate matter from going airborne.

Additionally, Chicago and the Illinois attorney general's office sued Beemsterboer Slag Corp., a Northwest Indiana company that mainly focuses on processing the slag aggregate that's used in asphalt and concrete, for air pollution violations. Beemsterboer agreed to settle the lawsuit by removing piles of petcoke and metcoke, or metallurgical coke.

The Calumet Transload Facility removed an estimated 12,000 tons of metcoke and coal materials after the city issued a cease and desist order in August. City workers physically blocked dump trucks from dropping off more.

Olga Bautista, from the Southeast Chicago Coalition to Ban Petcoke, said the Calumet Transload Facility sale is progress since the new regulations grandfathered Beemsterboer in, but would prohibit a new owner from storing petcoke at the site. But the community's fight is far from over, she said.

"Beemsterboer was always the little guy, compared to KCBX," she said. "We need to drive KCBX out. It's an uphill battle, but we don't have a choice. We have a 50 percent higher cancer rate than the rest of the city, and the highest asthma rate in the city of Chicago. We're defending ourselves from toxic industry, because we've got nothing to lose. We're already in a terrible situation."

After a major dust storm last August, KCBX has installed a dust-suppression system with 42 water cannons that dampen the petcoke so the wind won't pick it up.

U.S. Sen. Dick Durbin called Thursday for a study and potential new federal guidelines on the transportation and storage of petroleum coke.

Chicago Skyway tolls to soar to $5.60 next month

Commuters will have to pay 5.6% more to take the Chicago Skyway into the city next year.

Heavy industry in Northwest Indiana will continue to be transformed by technology over the next few decades.

Petroleum coke, or petcoke, in late October is watered down where it is stored along the Calumet River on Chicago's Southeast Side. The EPA in June said the piles violate the Clean Air Act.

Petroleum coke, or petcoke, in late October is watered down where it is stored along the Calumet River on Chicago's Southeast Side. Residents still have concern that wind will blow it around.