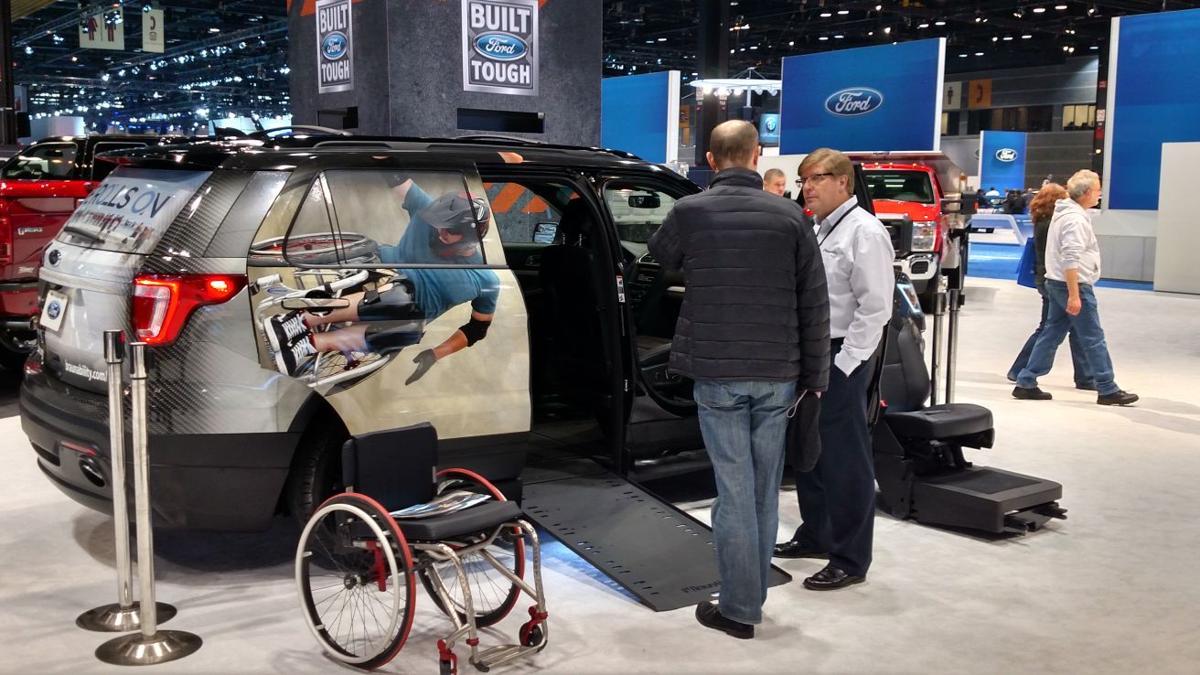 The Northwest Indiana-made BraunAbility MXV being shown at the Chicago Auto Show. Ford Motor Co.  and BraunAbility, of Winamac, teamed up to make the vehicle one of the stars of the auto show. 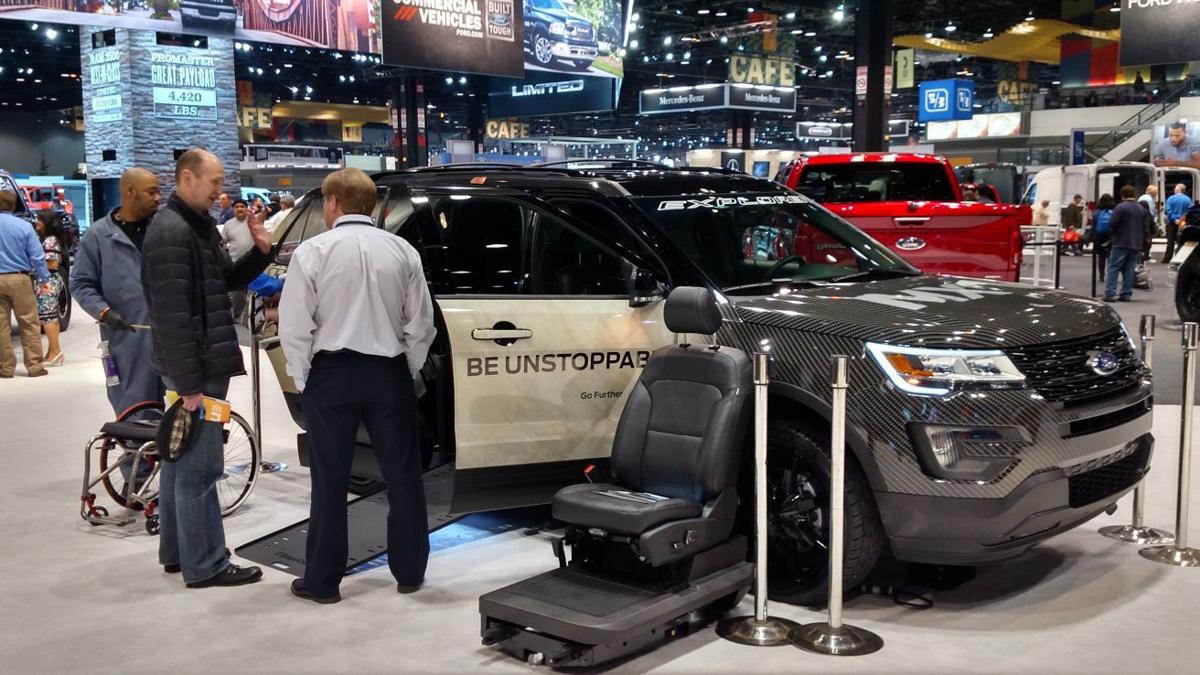 The Northwest Indiana-made BraunAbility MXV at the Chicago Auto Show. Ford Motor Co.  and BraunAbility, of Winamac, teamed up to make the vehicle one of the stars of the auto show. 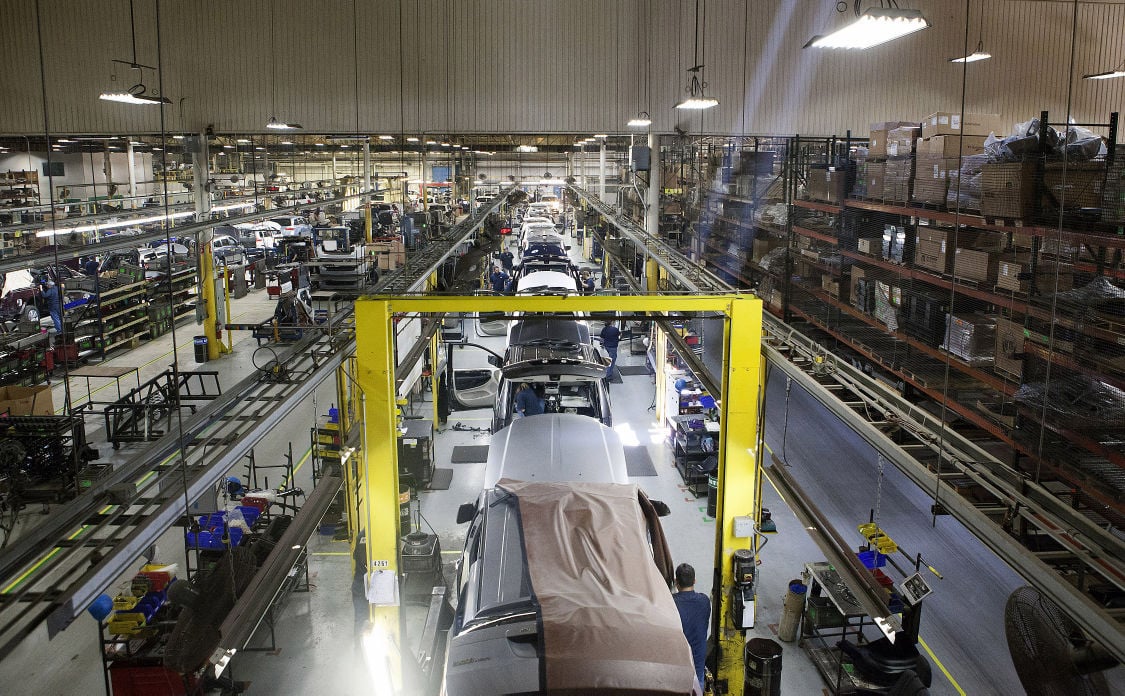 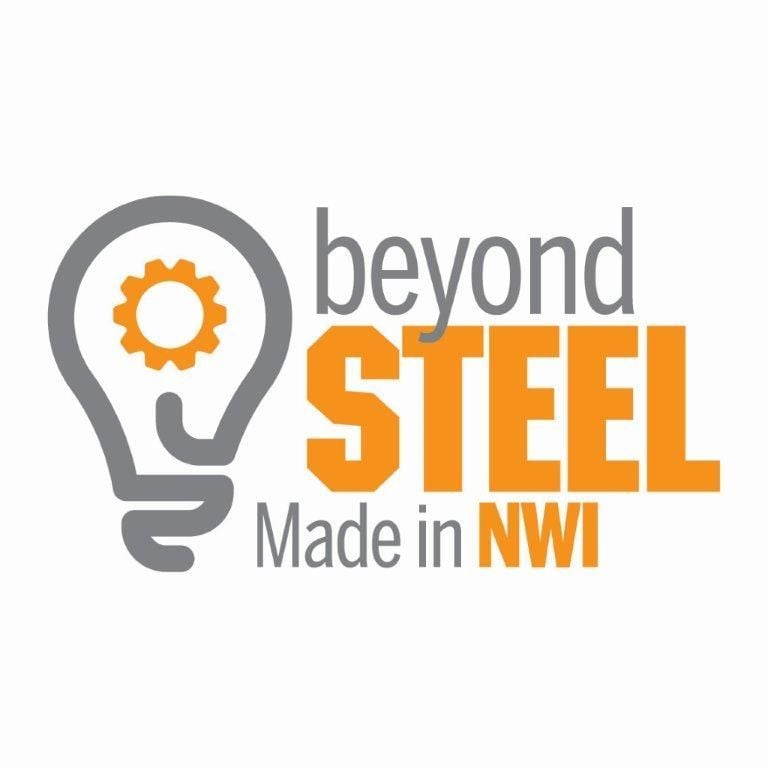 This is a logo for Beyond Steel.

The modified SUV was displayed at the entrance to the South Hall in McCormick Place, where it was likely seen by more than a million people.

The Northwest Indiana-based company, founded by wheelchair-accessible vehicle creator Ralph Braun, adds wheelchair ramps and other accessibility features to Ford Explorers that roll off the Ford assembly line in Hegewisch.

"Our customers are very excited to have a mobility option that reflects their individuality," BraunAbility President and CEO Nick Gutwein said. "For us, Ford Explorer was the obvious choice. It's an iconic American vehicle that reflects the ultimate in independence and freedom."

"We're thrilled the Explorer name is connected to such a highly respected brand like BraunAbility," Ford Explorer Marketing Manager Omar Odeh said. "Explorer has always been associated with helping people go places they otherwise could not, and BraunAbility MXV furthers that reputation."

BraunAbility operates a 170,000-square-foot plant in Winamac, where it makes the customized SUV with sliding doors, a 28 inch-wide ramp, removable seats and a key fob that operates the door and ramp. The MXV will be sold at 200 authorized mobility dealers around the country.

More than 1,000 people work at the BraunAbility vehicle assembly plant on the west side of the town of just 2,500 people. Braun, who has since died, founded the company in 1972 after inventing the world's first electric scooter and first wheelchair lift and steering controls.

The assembly plant produces several different wheelchair-accessible vans, including the Entervan Wheelchair Minivan, that are sold internationally. Today, the company is owned by a division of Investor AB of Sweden.

Jesse Billauer, a quadriplegic surfer and motivational speaker who founded the Life Rolls On Foundation, said the company's new BraunAbility MXV provides independence and freedom for the disabled.

"You can drive something that's actually cool and not a minivan," he said during the Chicago Auto Show media preview. "I think it's beautiful, you know. The Ford Explorer is obviously a nice car and then this feature of being able to roll in and wheelchair accessibility. For so many people that's something that they just haven't had that option."

Billauer, the first World Champion of Adaptive Surfing, leads a nonprofit that helps those who are paralyzed after spinal cord injuries to remain active.

"People lose their identity from being injured," he said. "This is going to bring them back, their personality man... I think you're going to see a lot of people with disabilities driving this car."

BraunAbility makes other wheelchair accessible vehicles, but it had been getting a lot of feedback from customers who wanted something other than a minivan, Marketing Director Joe Garnett said.

"Really the only products that were available were largely minivans because they lended themselves to be easily converted to wheelchair access because of their size and unibody construction and front wheel drive and things like that," Garnett said. "An SUV has a more athletic look. It's more stylish, the driving characteristics are different, a little more ground clearance."

The BraunAbility MXV retails for around $60,000 and is available in XLT and Limited models, with an optional tow package.

About "Beyond Steel: Made in NWI"

The future of steel

Find out what industry analysts and others are saying about the future of the nation's steel industry in today's Times business section.

Ford Motor Co. had its best-ever month for SUV sales in February, when it sold 217,193 vehicles, a 20 percent increase over February 2015.

DETROIT — The promise of an affordable electric car from Tesla Motors had hundreds of people lining up on Thursday to reserve one.

A Hammond-based company helps feed the world, as well as its employees’ personal and spiritual growth.

Sales of the Calumet Region-made Ford Explorer rose 4 percent in March compared to the year-ago month and are up 5.9 percent so far this year.

CHICAGO – Automakers are charged up about electric vehicles and hybrids at the Chicago Auto Show, where more plug-in EVs and car charging stat…

A Northwest Indiana manufacturer has partnered with Chrysler to make a wheelchair-accessible version of the Pacifica minivan.

A new president and chief executive officer is taking the helm at BraunAbility, a Winamac-based company that makes wheelchair-accessible vehic…

Beyond Steel: Made in NWI

Beyond Steel: Made in NWI

It's that time of the year again, when people get revved up to check out all the glistening new and crazy cool concept cars at the Chicago Auto Show.

Inside Ind. Business with Gerry Dick

Investors have fears about U.S. steelmakers

ArcelorMittal and U.S. Steel, the last two major steelmakers left in Northwest Indiana after  bankruptcies wiped out half the domestic industr…

ArcelorMittal was honored for work it did on the largest blast furnace in the Western Hemisphere, the No. 7 Blast Furnace at Indiana Harbor East.

The Northwest Indiana-made BraunAbility MXV being shown at the Chicago Auto Show. Ford Motor Co.  and BraunAbility, of Winamac, teamed up to make the vehicle one of the stars of the auto show.

The Northwest Indiana-made BraunAbility MXV at the Chicago Auto Show. Ford Motor Co.  and BraunAbility, of Winamac, teamed up to make the vehicle one of the stars of the auto show.

This is a logo for Beyond Steel.