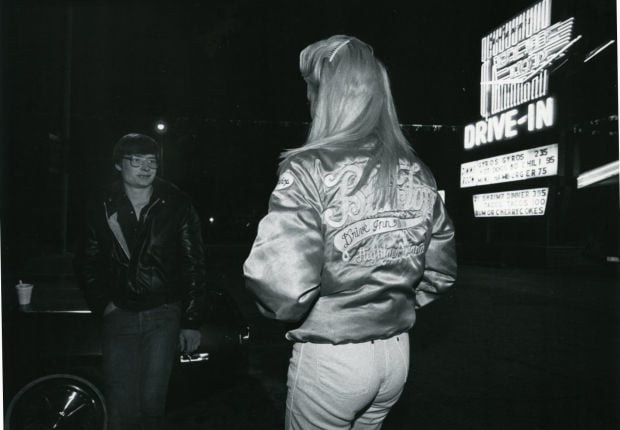 Carhop Laura Troksa talks to Bruce Postma at Highland's Blue Top Drive-in in 1987. Troksa, now Laura Chenore, 46, of Ponte Vedra Beach, Fla., worked at the restaurant in the 1980s and remembers when the parking lot was jammed packed with cars. "I had a blast," Chenore said. "I have a true appreciation for our classic cars because I worked there." 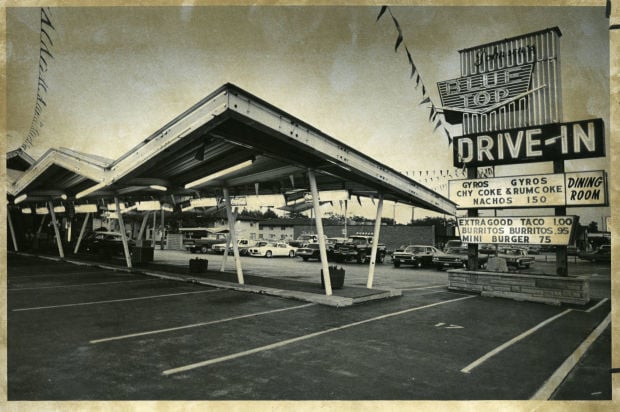 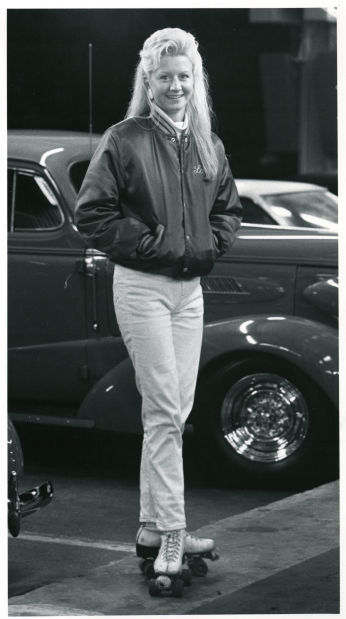 Carhop Laura Troksa works at the Blue Top Drive-In in her roller skates in 1987. Troksa, now Laura Chenore, 46, of Ponte Vedra Beach, Fla., worked at the restaurant in the 1980s and remembers when the parking lot was jammed packed with cars. "I had a blast," Chenore said. "I have a true appreciation for our classic cars because I worked there."

Highland's landmark Blue Top Drive-In could have gone from a brightly lit beacon for classic muscle cars to a place to rinse off the family sedan while ticking off the weekend errands.

A would-be buyer offered a big sum for the vintage burger joint on Indianapolis Boulevard, where for nearly eight decades thick patties sizzled on the grill, carhops skated out orders and cruisers beamed over their lovingly restored rides. The plan was to replace one of the few sights in Highland that has ever been on a postcard with a car wash.

Owner Kent Johnsen closed Lake County's last remaining drive-in restaurant to take care of his ailing mother, Wendy, and decided to shutter it for good after she died earlier this year. He was about to sell the real estate to a car wash operator when a new offer came through. A pair of restaurant owners wanted to take over the iconic 77-year-old eatery and bring back the glory days the way a wrench-handy baby boomer might restore a 1969 Camaro.

"(The car wash operator) offered quite a bit of money, but the Blue Top is like the Town Theatre — it puts Highland on the map," Johnsen said. "It was a backdrop for a motorcycle in Harley-Davidson's worldwide catalog. They came down and shot here. It's been a backdrop in Rolling Stone magazine. (The new owners) wanted to restore it, and it may have been my dream, but now it's their dream."

The new owners are Highland native Dennis Miniuk and and Hammond native John Golfis, who has experience running a retro joint that has been around and that has staying power.

Golfis also bought the Simon Sez restaurant in Merrillville — another well-known pit stop for cruisers — nine years ago and since has grown revenue three-fold.

He has been in the restaurant business for nearly three decades. He also has a day job as a sale manager for Olympia Foods, one of the leading providers of gyro meat and pita bread in the greater Chicago area.

"Growing up in Hammond, I never thought I would own the Blue Top," he said. "It's a dream come true."

The Blue Top is a region institution, a symbol of Highland and a well-preserved example of mid-century architecture, said town Redevelopment Director Cecile Petro. The restaurant was a first job for many region residents, a weekend haunt for high school kids and a place where drag-racers once fueled up before roaring down Indianapolis Boulevard.

A teenager has told Johnsen she would not exist if her parents had not sparked a romance while they were both working at the Blue Top. His father, "Big" Ben Johnsen, often chased off teenagers who got too frisky on dates at the drive-in.

"They'd try smooching in the back row like at a drive-in movie, but he had a big flashlight he'd use to check those cars," he said. "He'd tell them he didn't allow that hanky-panky on the premises and chase them out of there."

"I had a blast," Chenore said. "I have a true appreciation for our classic cars because I worked there."

Chenore's sisters and mother also worked at the Blue Top, which was previously owned by her aunt, she said.

Back in its heyday in the 1960s and 1970s, the Blue Top was regarded as one of the top 10 drive-ins in the country, Golfis said. He hopes to restore that status.

He and Miniuk plan to invest more than $100,000 in renovations that will make the Blue Top look a lot more like it did in the 1970s. Fizzled bulbs in the iconic sign, for instance, will be replaced. The parking lot already has a new top coat of asphalt.

For the first time, the Blue Top will start accepting credit and debit cards. The menu will be familiar but simple, with a focus on hearty fare such as 6-ounce burgers and big bags of fries.

The revamped Blue Top will feature an ice cream parlor on one wall, which Golfis hopes will pack in the families. He also wants to lure back cruisers who started gathering at other places, such as by hanging their pictures on the wall.

"We'd want to make it to where every night's cruise night," he said.

Interest in the Blue Top's return has been keen since people first noticed that the parking lot was being repaved. They have since stopped by to ask if they can help with renovations, if they can donate memorabilia and when it will reopen.

If weather permits, the new owners intend the reopen the joint sometime in January. Golfis thinks they will need to hire about 20 employees, including short-order cooks and a few rolling-skating carhops.

Hiring should begin around mid-December, he said.

"We want to bring back the memories," he said.

HIGHLAND | Many feared the Blue Top Drive-In, an iconic eatery that's been on Indianapolis Boulevard for nearly eight decades, would be torn d…

The longtime owners of a landmark Chesterton drive-in, one of only a few left in Northwest Indiana, are looking to sell so they can retire.

Calumet Harley-Davidson, Inc. in Munster, which recently underwent a major renovation, was recognized by the Milwaukee-based motorcycle manufa…

A plethora of good-paying factory jobs has meant Indiana historically has had higher wages and a better quality of life than most southern states.

December is usually a slow time for the motorcycle business in Northwest Indiana.

Carhop Laura Troksa talks to Bruce Postma at Highland's Blue Top Drive-in in 1987. Troksa, now Laura Chenore, 46, of Ponte Vedra Beach, Fla., worked at the restaurant in the 1980s and remembers when the parking lot was jammed packed with cars. "I had a blast," Chenore said. "I have a true appreciation for our classic cars because I worked there."

Carhop Laura Troksa works at the Blue Top Drive-In in her roller skates in 1987. Troksa, now Laura Chenore, 46, of Ponte Vedra Beach, Fla., worked at the restaurant in the 1980s and remembers when the parking lot was jammed packed with cars. "I had a blast," Chenore said. "I have a true appreciation for our classic cars because I worked there."