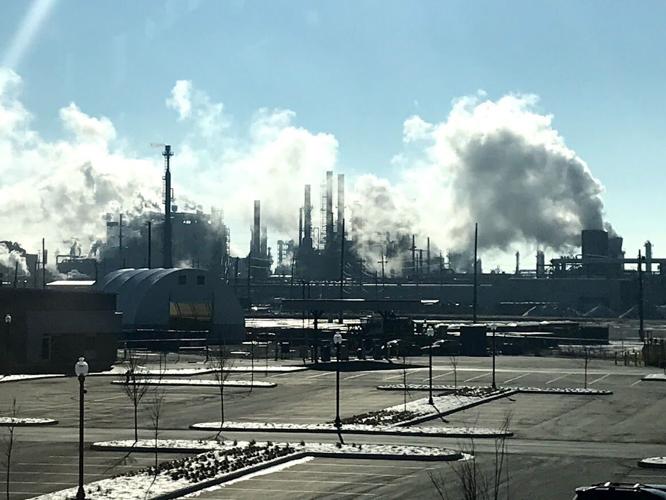 A federal judge has approved a lawsuit settlement between BP and two environmental groups. 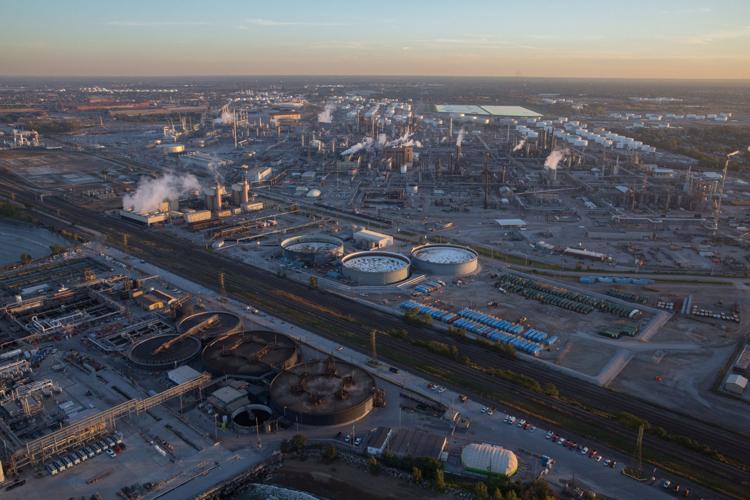 The BP Whiting Refinery is shown. The company has agreed to a settlement in an air pollution lawsuit.

BP has agreed to pay $2.75 million to settle a lawsuit over repeated air pollution violations at the Whiting Refinery on the Lake Michigan lakefront, including to plant trees and install air filters in local schools.

The Sierra Club and Environmental Integrity Project sued the London-based energy giant in 2019 over repeat violations of legal limits on particulate air pollution.

BP and the environmental groups submitted the settlement agreement in the U.S. District Court in Northern Indiana Thursday. It must be approved by Simon.

"This settlement is a major victory for Hoosiers and everyone in the Chicago metropolitan area, whose health and safety were threatened for far too long by BP's profits-over-people approach," said Amanda Shepherd, director of the Sierra Club Hoosier Chapter. "We are thrilled to see BP held accountable for its dangerous pollution and lack of regard for our communities."

Under the deal, BP would pay $1.75 million in civil penalties to a U.S. Treasury fund that bankrolls Clean Air Act monitoring and enforcement. BP also would pay $1 million to environmental projects in Northwest Indiana, including giving $500,000 to the Student Conservation Association, which plants trees around Northwest Indiana.

The more than century-old refinery in Whiting, Hammond and East Chicago exceeded permitted levels of microscopic soot-like particles known as PM10 nine times between Aug. 3, 2015 and Oct. 9, 2018. Such emissions from its smokestacks have been linked to heart attacks and asthma attacks.

The Student Conservation Association, which has planted many trees in Gary, Lake Station, Hammond and other Northwest Indiana communities in recent years, pledged to plant more trees around the Whiting Refinery, Lake Michigan, Wolf Lake and the Lost Marsh Golf Course near the refinery's oil tanks.

BP also will give $500,000 for local schools to install or replace air filtration devices, including in classrooms, and will reimburse the environmental groups for their legal costs in exchange for the lawsuit being dismissed.

A federal judge has approved a lawsuit settlement between BP and two environmental groups.

The BP Whiting Refinery is shown. The company has agreed to a settlement in an air pollution lawsuit.