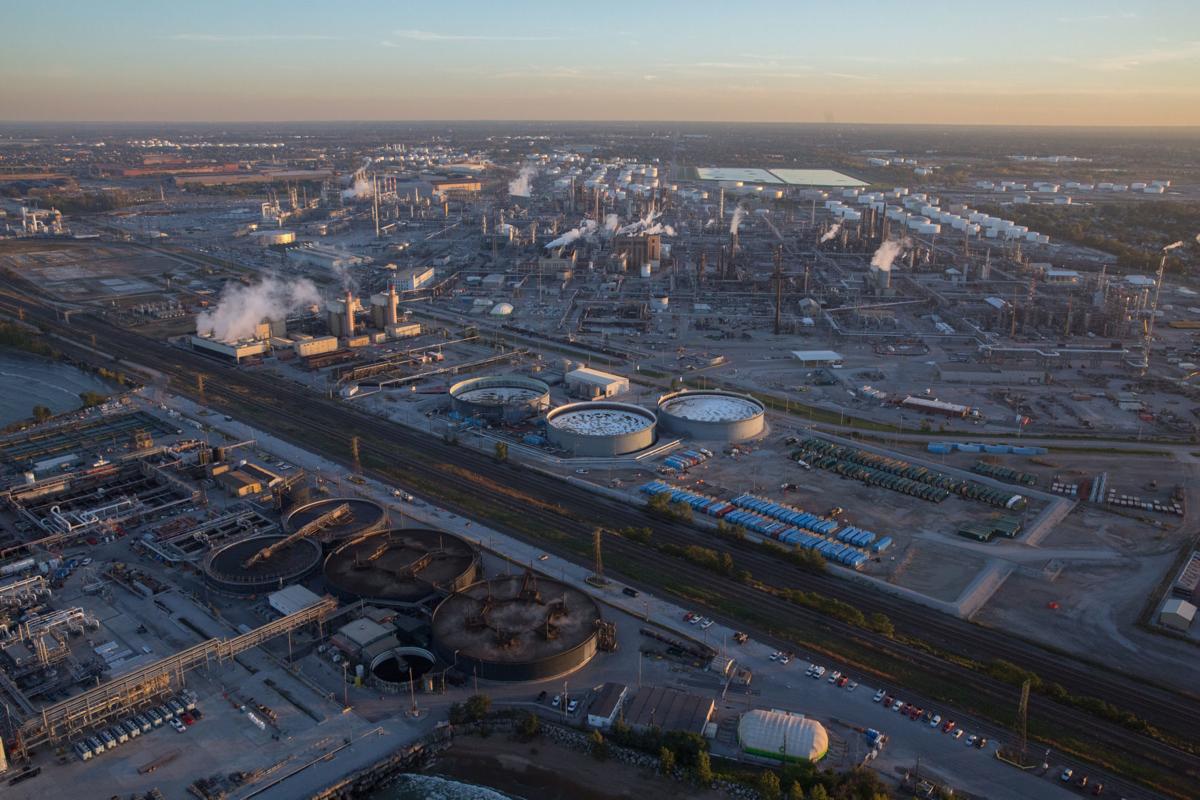 The BP Whiting Refinery is shown from the air. 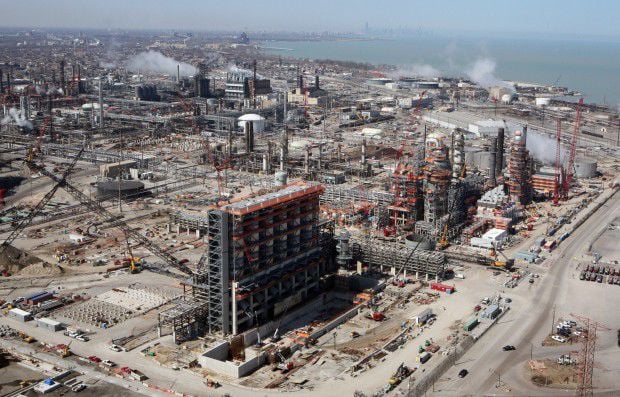 BP has brought the largest crude distillation unit at the BP Whiting Refinery back online after a months-long maintenance project.

"The work is complete and the refinery is currently working to return to normal processing rates," BP spokesman Michael Abendoff said.

It was a planned maintenance project that started in September, and was the first time BP took down Pipestill 12, a massive CDU that was installed as part of the $4.2 billion modernization project to allow BP Whiting to process more heavy crude from Canada. That undertaking was completed in 2013.

Unlike previous shutdowns at the BP Whiting Refinery, such as the unexpected outage in 2015 that prompted cries of price gouging and an investigation from the Michigan attorney general's office, this one had a minimal impact on gas prices throughout the Midwest, according to Gasbuddy.com.

GasBuddy Head of Petroleum Analysis Patrick DeHaan said BP had time to prepare for the planned outage and the limits it would put on output at the refinery that supplies gas to seven states.

Gas prices are expected to decline between 5 cents and 15 cents per gallon nationwide before Thanksgiving because of a 7 percent one-day plunge in crude oil prices Tuesday, part of a record streak of 12 days that crude oil prices have declined.

"Today's market plunge was astounding, and a dramatic turnaround in market psyche in the last month," DeHaan said Tuesday. "A 26 percent drop in the price of oil is absolutely shocking given the environment and concern ahead of the Iran sanctions that the oil market was not supplied with enough oil. ... Today's sell-off will extend and accelerate the declines seen at the pump, just in time for Thanksgiving."

BP Midstream Partners, a spin-off company that owns the pipelines to the BP Whiting Refinery, nearly quadrupled its profits year-over-year to …

Hoosiers have another reason to be thankful, because the cost of a traditional Thanksgiving meal dropped 7 percent this year.

During the last round of contract negotiations in 2015, workers at the BP Whiting Refinery went on strike for more than three months, huddling…

BP is overhauling a 75,000-barrel-per-day crude distillation unit at the BP Whiting Refinery in a major maintenance project.

Gas prices have been soaring across Northwest Indiana, rising by 12.5 cents per gallon in the Gary metro since last week, according to the gas…

BP beat analysts' expectations by turning a $3.8 billion profit in the third quarter, its highest in five years.

BP has revived the Amoco brand that the BP Whiting Refinery long operated under.

The BP Whiting Refinery on Northwest Indiana's lakeshore paid out $190 million to 525 vendors and supported more than 11,300 jobs last year.

BP is shutting down the largest crude distillation unit at the BP Whiting Refinery for months, but it's not expected to cause any significant …

BP Midstream Partners LP, a spinoff company that owns the pipelines that bring oil to, and ship refined gasoline from, the BP Whiting Refinery…

BP quadruples profit to $2.8 billion after processing record levels of crude in Whiting

BP quadrupled its underlying replacement cost profit, a proxy for profit, to $2.8 billion in the second quarter partly because of record throu…

If you're hoping for insights on the future of energy and what it mean for Northwest Indiana's oil refining sector, mark your calendar for July 11.

Man rushed to hospital after crashing into semi, crushing his pickup, in Whiting

BP hopes to attain zero net growth in operational emissions and to reduce greenhouse gas emissions by 3.5 million tons by 2025.

The BP Whiting Refinery is shown from the air.