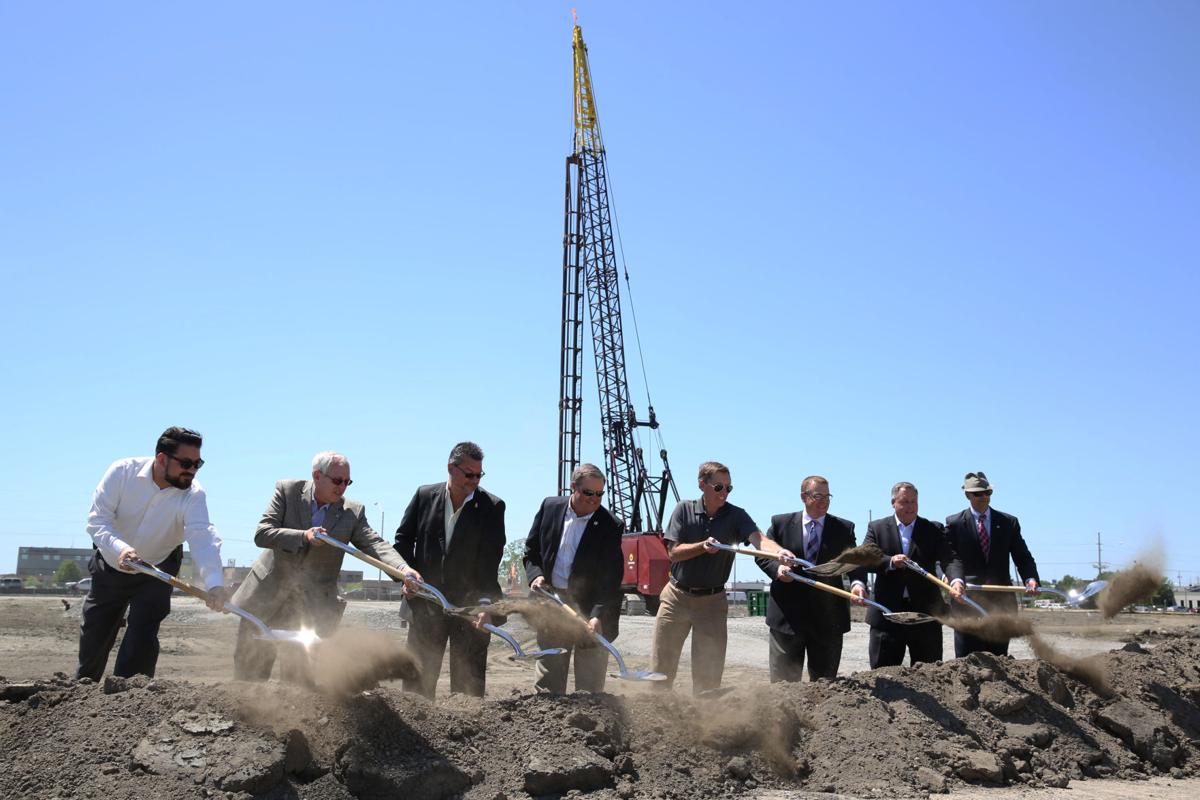 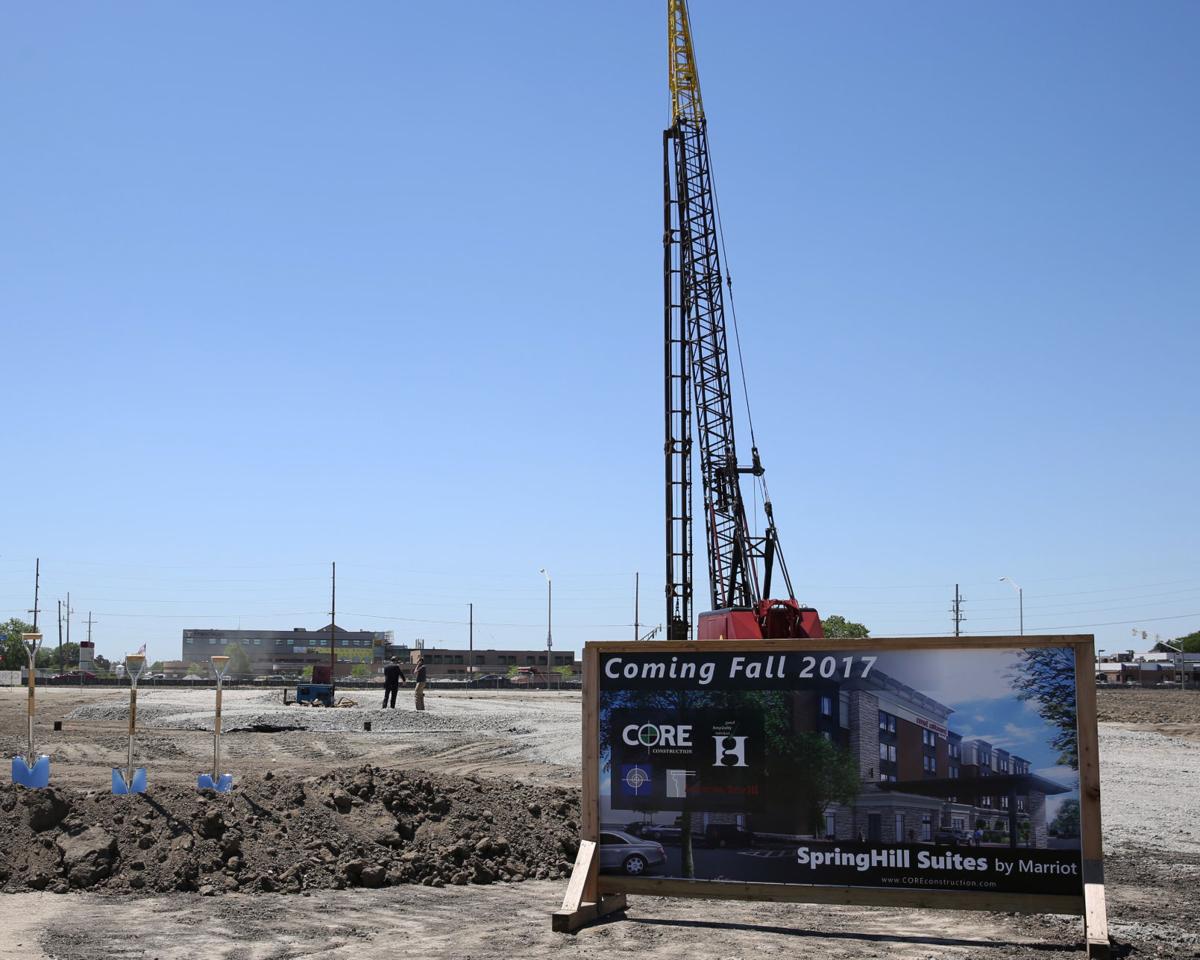 Munster Town Manager Dustin Anderson and DVG president Jeff Ban on Tuesday stand on the dusty lot where the future SpringHill Suites by Marriott hotel will be built in Centennial Village, Munster. 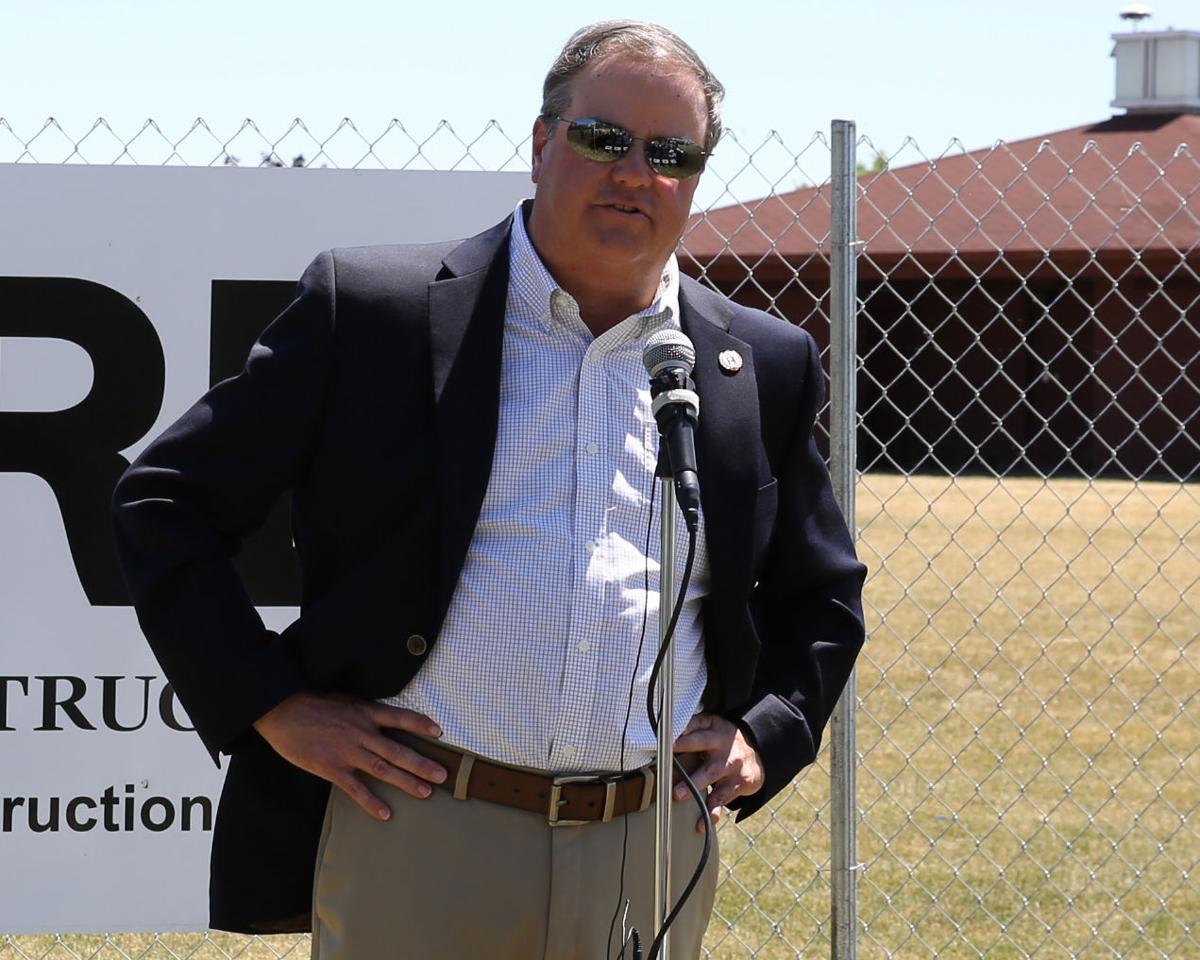 Munster Town Manager Dustin Anderson and DVG president Jeff Ban on Tuesday stand on the dusty lot where the future SpringHill Suites by Marriott hotel will be built in Centennial Village, Munster.

MUNSTER — Six years after CORE Construction Indiana began developing the concept of Centennial Village, a groundbreaking ceremony on Tuesday marked the commencement of building construction on an $8 million project at the site just north of the Town's Centennial Park.

Representatives of town government, business and the hospitality industry gathered to poke silver-bladed shovels in the ground to mark the start of work on erecting a four-story SpringHill Suites by Marriott hotel.

Located at the corner of Calumet Avenue and Superior Street, the new 62,000-square-foot hotel will feature 99 hotel rooms, a pool, patio and sun deck, exercise room and café, said Scott Olthoff, regional president of CORE Construction. The property also will include meeting space with AV capabilities for group meetings and conferences.

Olthoff cited the collaboration among “so many entities to get this done,” including the Town of Munster, Munster Town Council, Munster Plan Commission and NIRPC.

CPV Partners, the overall site developer, has pledged to attract $36 million of investment to Centennial Village during the next 20 years. The town has agreed to invest $5 million upfront in infrastructure at the site and will invest $2.8 million more in the next two years.

Slated to open in late summer 2017, the hotel will employ about 30 people in full-time and part-time positions, said Jeff Good, president of Valparaiso-based Good Hospitality Services, whose company will operate the SpringHill Suites by Marriott.

“That depends on how much business we get,” Good said.

Designed to attract the business traveler, the hotel is expected also to host leisure travelers who especially favor Marriott hotels.

“Over 50 percent will be Marriott Honors Reward customers,” Good said.

He said his company is glad to be back in Munster.

“Ten years ago, we were here with the Hampton Inn. We owned it for six years and sold it,” Good said.

“We like Munster. It’s a great hotel community. I’m also an investor in SpringHill Suites. We are thankful to be here.”

Munster Town Manager Dustin Anderson said the hotel’s location close to the 200-acre Centennial Park will be an added attraction for guests.

Centennial Park includes such amenities as a 9-hole golf course and amphitheater as well as a playground, walking paths and the clubhouse where a number of events including wedding receptions are held.

“The Town of Munster couldn’t ask for a better project. Munster is a town of high standards,” Anderson said. “I see a future downtown and a seamless connection with the park.”

Representing the South Shore Convention and Visitors Authority, President/CEO Speros Batistatos said the authority “is always very pleased when a new product opens up in our region.”

However, he said, “Hotel rooms are the most perishable inventory,” unlike products that can be put on a shelf to be offered the next day.

MUNSTER— The Town Council has adopted a wheel surtax ordinance, despite some pushback from residents.

WASHINGTON  — Construction activity pushed to its highest level in more than decade in November and U.S. manufacturing activity expanded in De…