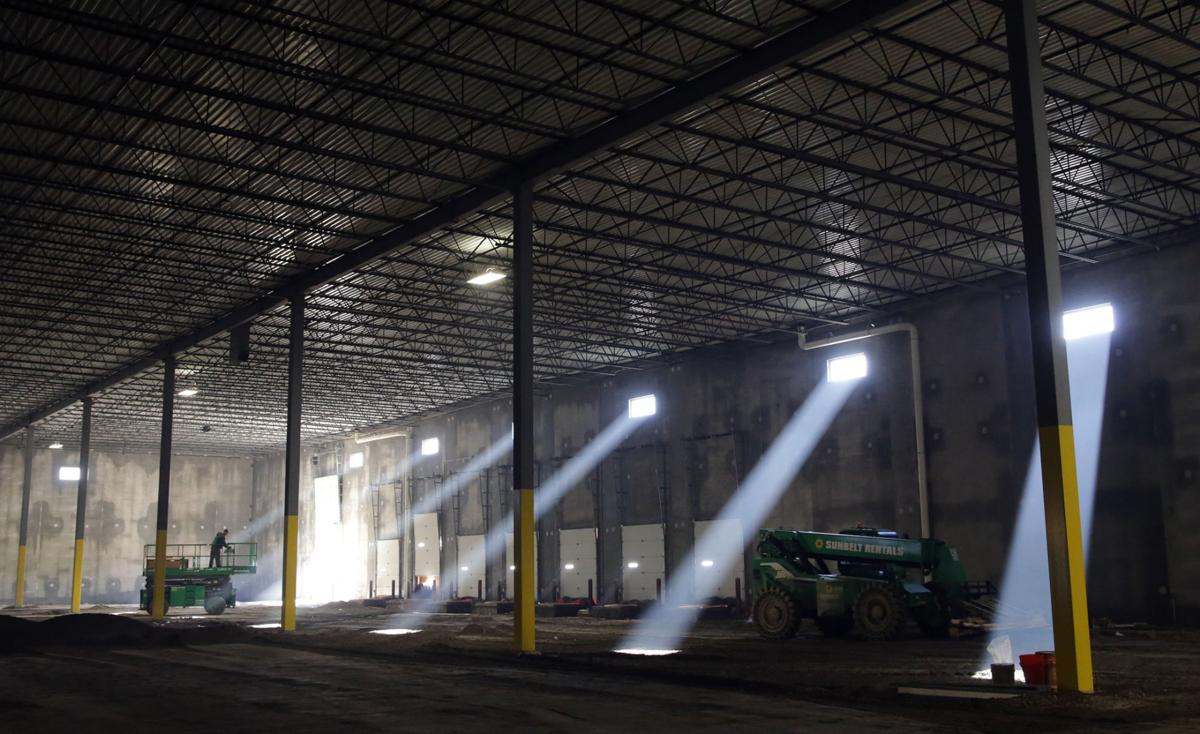 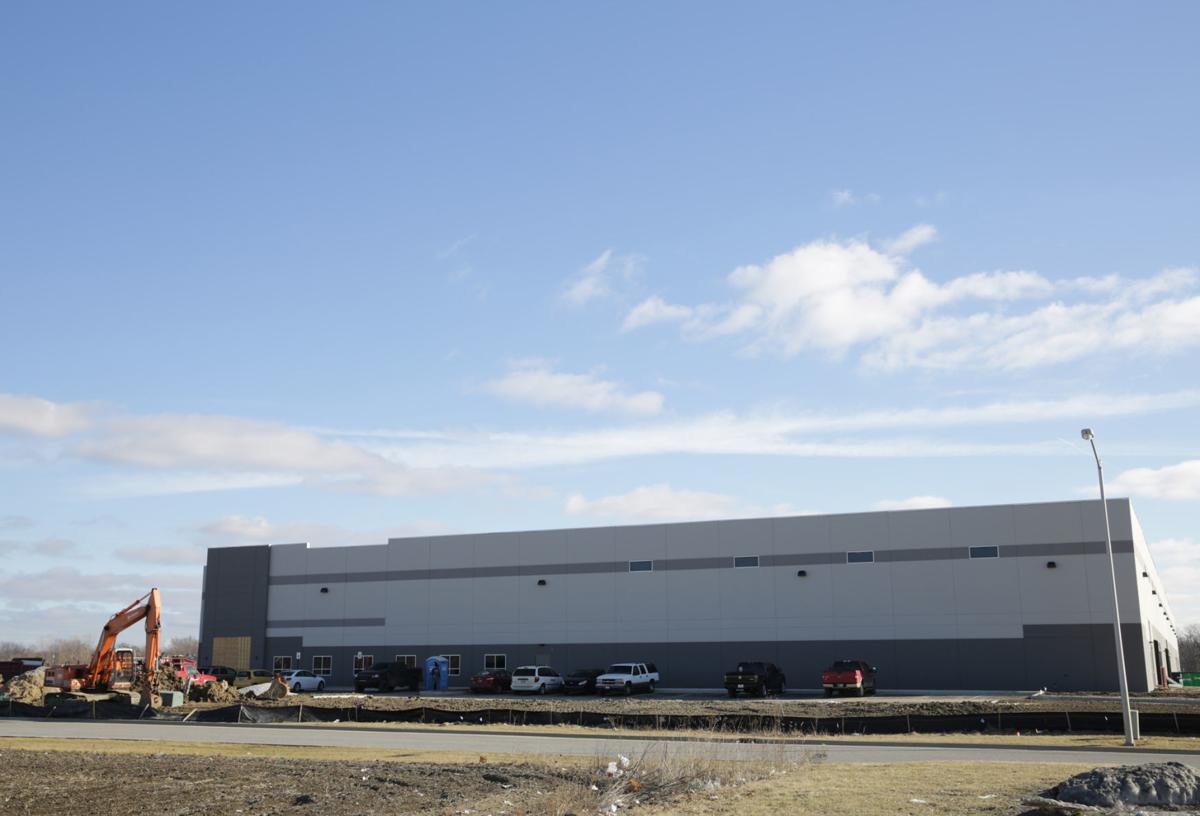 Construction is almost complete on a  Becknell Industrial shell building built on speculation in Hobart's NorthWind Crossings. A tenant has already been found for a major portion of the building. 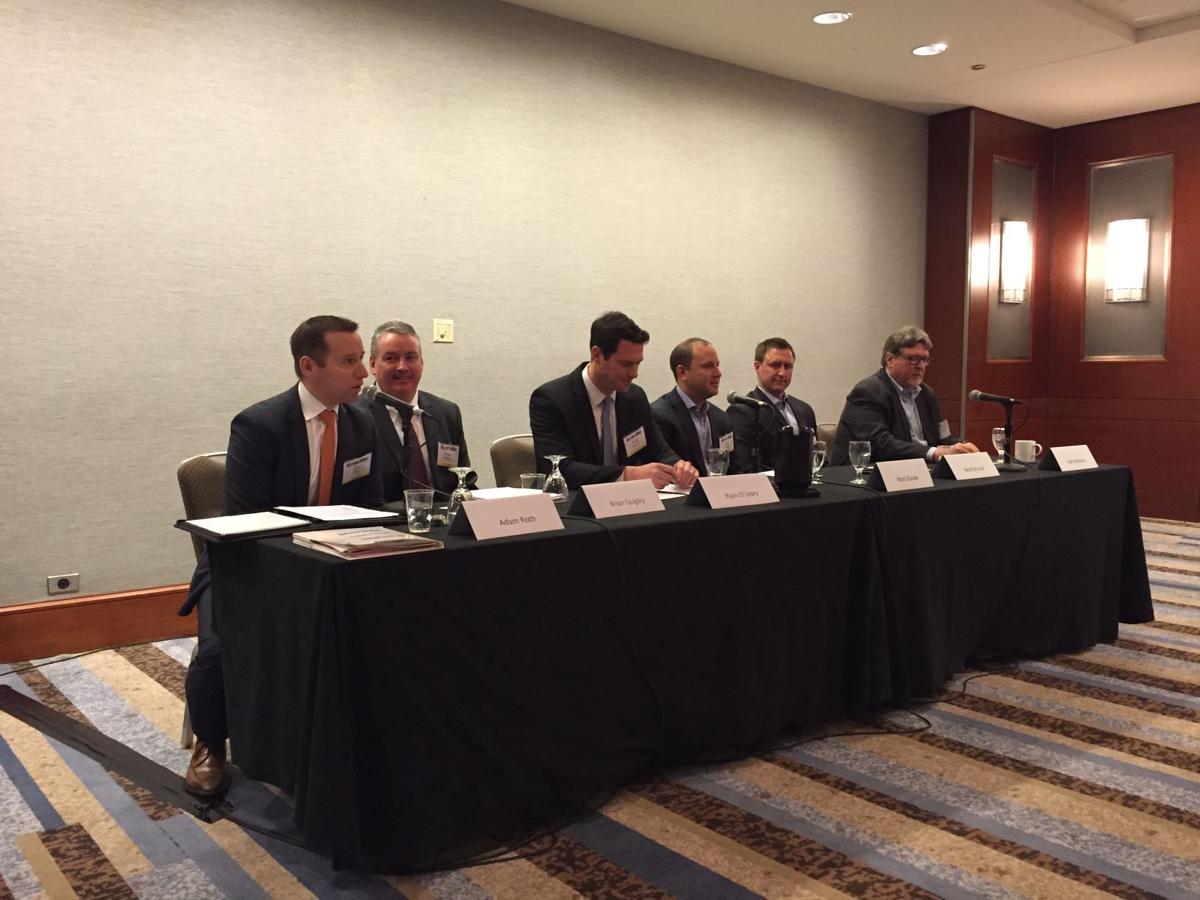 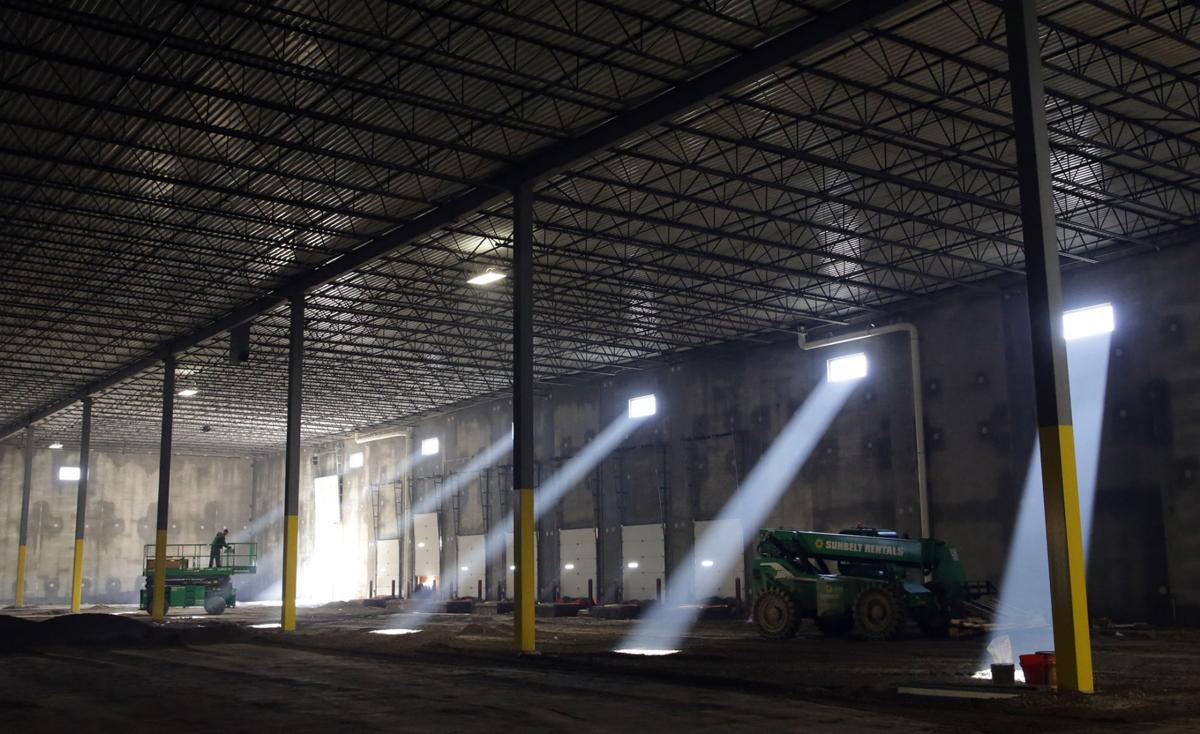 This shows an industrial shell building constructed in Hobart's NorthWind Crossings earlier this year. Calpipe Industries now occupies more than half the building.  Northwest Indiana's current industrial vacancy rate is estimated to be between 5.6 percent and 5.75 percent, which is significantly lower than the rest of Chicagoland.

CHICAGO - The Chicago industrial real estate market, which includes Northwest Indiana, is achieving more success than it has in a decade.

The Chicago metro area had 18 million square feet of industrial development last year, the best in eight years. And the absorption rate, which is how fast rentable space is filled, is the best it's been in the last 10 years, according to an industrial panel at the recent Real Estate Publishing Group Commercial Real Estate Forecast in Chicago's Loop.

"Over the last 12 to 24 months, Chicago has really outperformed what the national perception of Chicago is," said Matt Goode with Venture One Real Estate, which partners with national institutional investors. "The coasts, L.A., New Jersey, Miami get a lot of attention, and certainly there’s a lot of activity in those markets. But Chicago's performing very well – a lot of leasing and rental rate growth."

Venture One has purchased about a million square feet of industrial and distribution space in Northwest Indiana because of its logistical and cost advantages, Goode said.

"There are financial benefits to crossing the border," he said. "So we're seeing opportunity in that market."

Overall the market has benefited from Amazon and other online retailers. A trend is to have warehouses where some light assembly, such as painting a phone case, takes place since so many orders are customized. Slightly more than 90 percent of sales the last holiday season were at brick-and-mortar stores, but e-commerce fulfillment centers have seen major growth.

That doesn't mean there is not new industrial space going up or being planned in Northwest Indiana.

Becknell Industrial, of Indianapolis, began construction on a 160,000-square-foot industrial shell building in Hobart's NorthWind Crossings last summer. The building is now nearly complete and already has a major tenant leasing a good portion of the building.

A knock on the greater Chicago market has been that rental rate growth is laggard because there’s endless land and it's easy to keep building further and further out, Goode said. But refill and redevelopment projects, such as Hoist Liftruck’s decision to take over a century-old tank factory in East Chicago, have been catching on.

But Northwest Indiana and Southeast Wisconsin will suffer in the long term if Illinois does, since Chicago is the economic engine that drives the area, Goode said.

"Illinois has to be strong," he said. "We have everything – logistically, labor, the cost of living are all there. It's just a matter of getting the state in order."

EAST CHICAGO — For more than 20 years, the former Blaw-Knox Castings and Machinery at 4407 Railroad Ave. sat vacant, abandoned as an industria…

A developer is planning one of the largest new industrial projects in East Chicago in years, after Hoist Liftruck and Chrome LLC recently move…

FRANKFORT, Ky. — Bourbon's economic potency is getting stronger with age, increasing its impact on Kentucky by $1 billion in the past two year…

CHICAGO — Moving a business to Indiana can result in big cost savings, Secretary of Commerce Victor Smith told a crowd Wednesday at the Real E…

Region at mercy of Depression

Editor's note: This article originally appeared in "Times Capsule: The Times' History of the Calumet Region During the 20th Century," publishe…

Construction is almost complete on a  Becknell Industrial shell building built on speculation in Hobart's NorthWind Crossings. A tenant has already been found for a major portion of the building.

This shows an industrial shell building constructed in Hobart's NorthWind Crossings earlier this year. Calpipe Industries now occupies more than half the building.  Northwest Indiana's current industrial vacancy rate is estimated to be between 5.6 percent and 5.75 percent, which is significantly lower than the rest of Chicagoland.