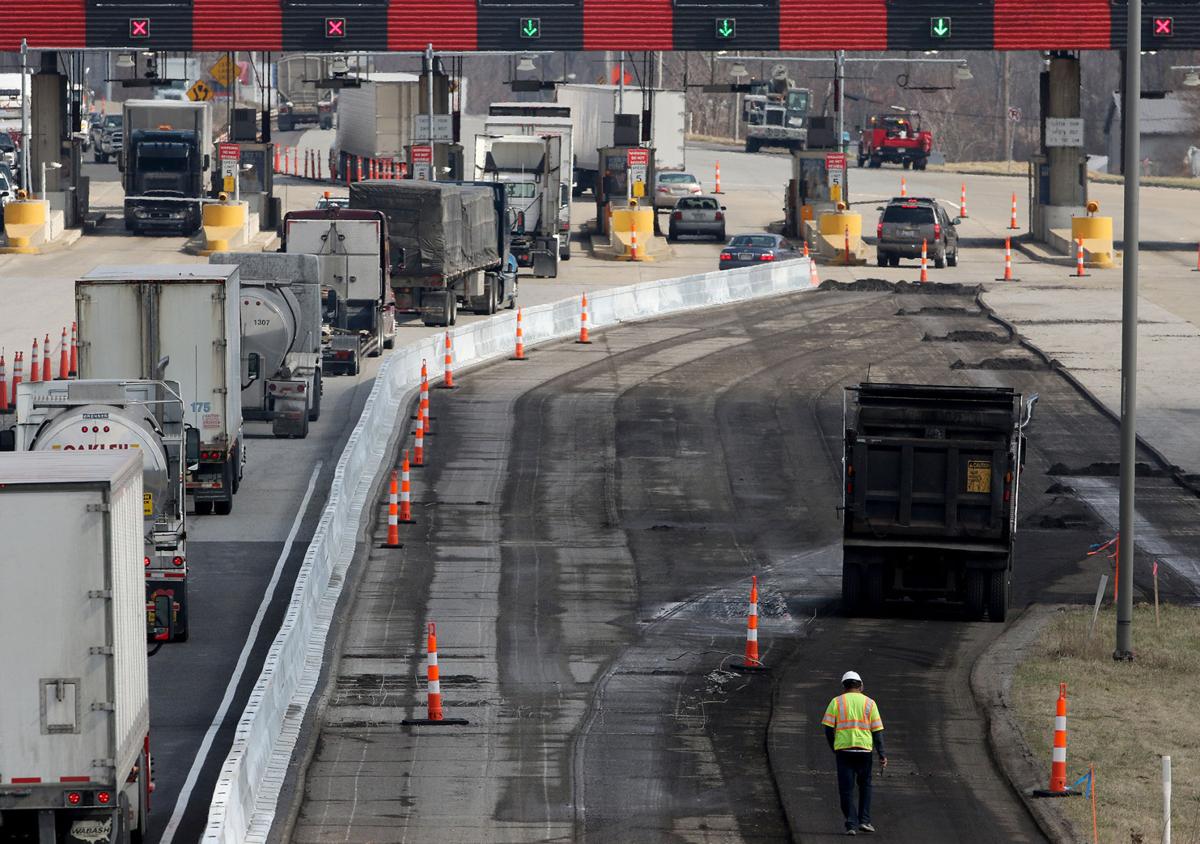 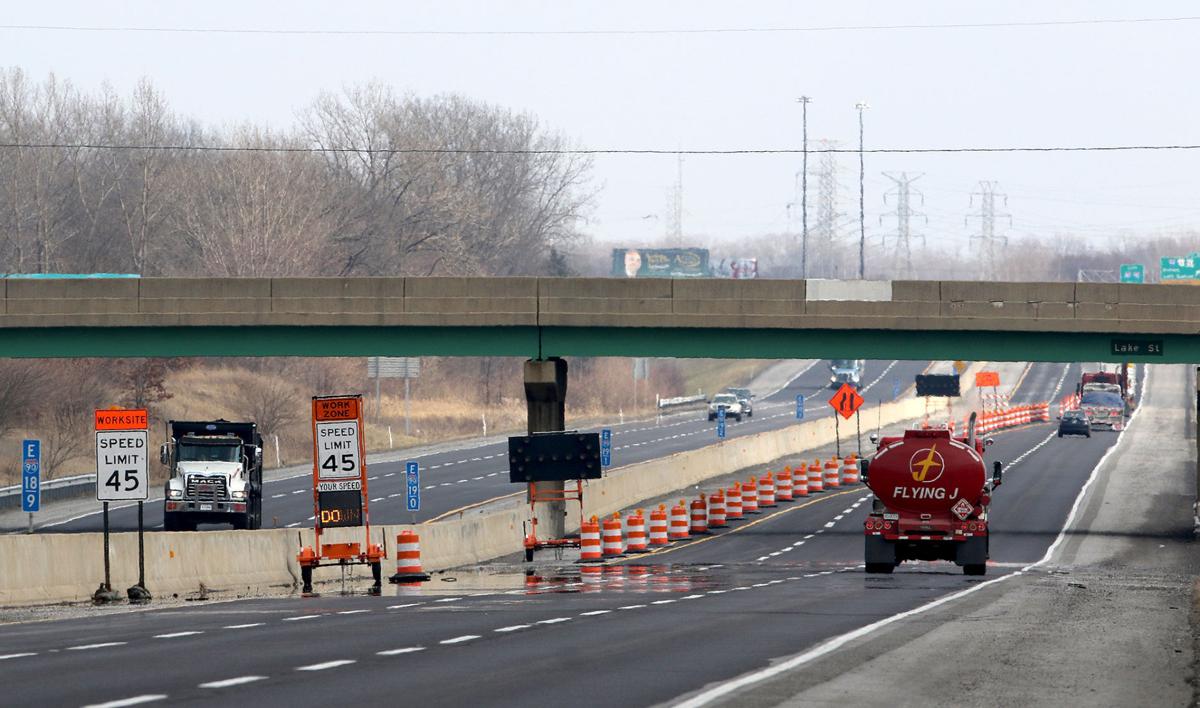 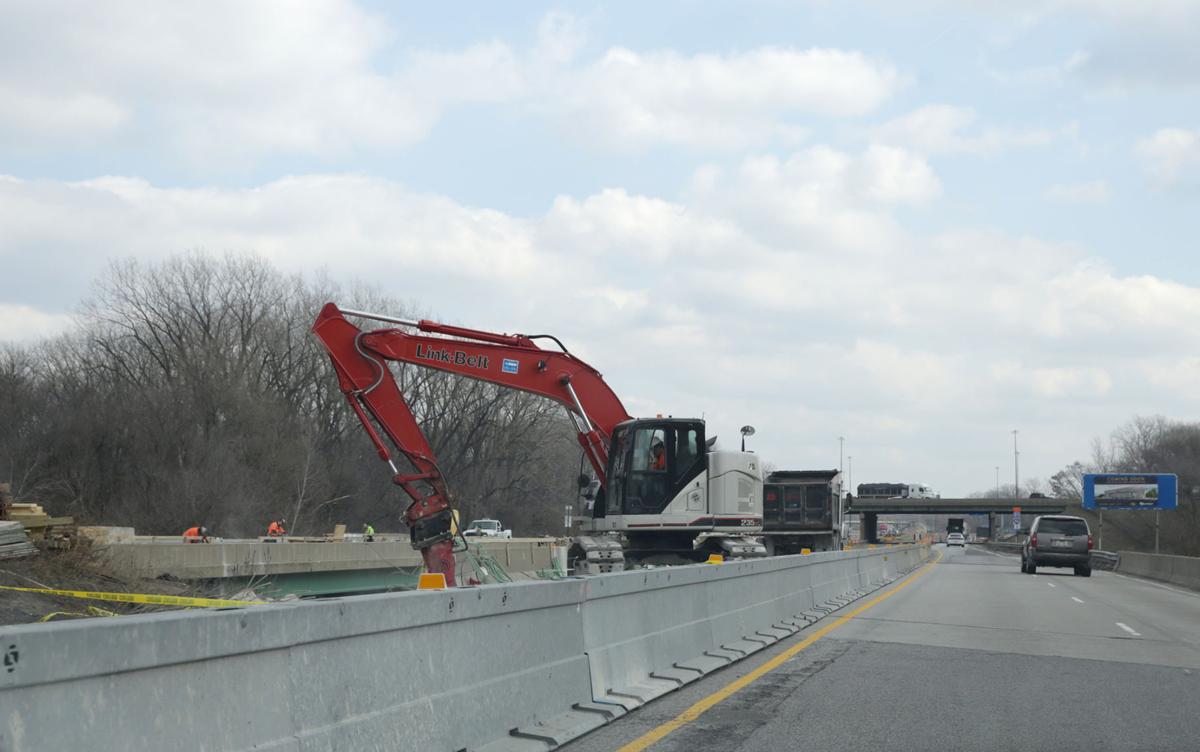 All three of the Region's interstates will undergo significant roadwork this year, with projects entering their second year on Interstate 94, Interstate 65 and the Indiana Toll Road, and another two-year project getting underway this spring to add lanes to I-65.

The Indiana Department of Transportation will also undertake a major project on Broadway in Lake County and significant resurfacing work on U.S. 30 in Lake and Porter counties, in addition to other paving and maintenance projects.

INDOT expects the widening of I-65 to begin in early April. The project will add a third northbound lane and third southbound lane between Merrillville and Lowell.

The 12-mile project, part of the state's Major Moves 2020 program, will be done by Walsh Construction Co. II and Parsons Transportation Group for $62.1 million.

The project involves transforming the outside shoulders into travel lanes from the project's starting point south of U.S. 30 to U.S. 231 in Crown Point. New shoulders will be built outside the new lanes.

From U.S. 231 to Ind. 2 near Lowell, new lanes will be built in the grass median, with barriers installed to maintain the division between northbound and southbound lanes, according to INDOT.

The project also includes replacement of the I-65 bridges over the Kankakee River.

In a separate project further north on I-65, INDOT will perform concrete rehabilitation work between 61st Avenue and I-94. The project involves patching spots along the highway, and in some cases embedding dowel rods to transfer some of the load where cracks have developed. The work has also included joint sealing and asphalt replacement in bridge joints.

"We also have a bridge deck overlay on I-65 at 2.99 miles south of (Ind.) 10, over Stover Main Ditch, and drainage pipe replacement at various locations in Lake and Jasper counties," INDOT spokesman Doug Moats said in a summary of the season's upcoming work.

This year's work is planned to include:

• Bridge deck replacement and bridge painting over the Indiana Toll Road in Lake County, bridge deck overlay 0.74 miles east of Ind. 49 in Porter County, and culvert rehabilitation at several points along the expressway.

• An interchange modification from eastbound I-94 to eastbound U.S. 20/35 in LaPorte County.

"These are some projects that carried over from last year and a couple others that were scheduled for this year," Moats said.

The project also includes installation of fiber optic cable to support Intelligent Transportation Systems, which communicate traffic and safety-related information along the road.

Current repaving work is going on in all three Northwest Indiana counties. Work crews close one lane in each direction during construction.

“With the weather unseasonably warm and cooperating with us, we are very excited to get an early start on the 80/90 PUSH Project’s improvements this year," said Nic Barr, chief executive officer for the Indiana Toll Road Concession Co.

Barr said the early start will help reduce lane closures during the summer. Work is on schedule to be completed late this year.

The project is being funded entirely by ITRCC, the private company that leases the Toll Road from the state. Last year, 51 miles of highway were rehabilitated, along with interchanges at Valparaiso, Michigan City and LaPorte.

INDOT plans significant work for Broadway, from Gary to Crown Point, including basic paving along much of its path, removal of the no-longer-used Indiana Harbor Belt Railroad bridge south of 10th Avenue in Gary, crosswalk improvements from 33rd to 35th avenues, lighting upgrades from 25th to 45th avenues and construction of bus shelters from 6th Street to 86th Place in Gary.

The project will support the Gary Public Transportation Corp.'s planned implementation of the Broadway Metro Express bus service this summer, which will increase the speed and frequency of bus trips between Gary and Crown Point.

Also, two sections of U.S. 30 are targeted for rehabilitation and paving projects. In Lake County, work will be done from U.S. 41 in Schererville to Taft Street in Merrillville. The project will also include adding turn lanes at the Rhode Island Avenue intersection and improvements at the Mississippi Street intersection.

The work is included in the same contract as the Broadway project.

In Porter County, U.S. 30 will be repaved from Industrial Drive in Valparaiso to U.S. 421 in Wanatah. And, repaving of Ind. 49 will continue this year between the Indiana Toll Road in Chesterton and U.S. 30 in Valparaiso. The highway north of the Toll Road was repaved last year.

The U.S. 421 bridge over the Bailey Road railroad tracks just south of U.S. 30 in Wanatah will close on Monday for a deck replacement. It should reopen in mid-June.

Among other paving projects planned for this year are:

• Ind. 912 (Cline Avenue) from Ridge Road at the Highland-Griffith border to just north of Highway Avenue.

OTTAWA, Ill. — A northern Illinois man has died after being struck by a tree during powerful a Midwestern storm, raising the state's toll to three.

GARY — The Adam Benjamin Metro Center will be getting a much-needed upgrade this year as the new Broadway Metro Express Service rolls out.

INDOT to update public on I-65 expansion

I-65 project gets official kick-off

LOWELL — The long-anticipated project to add travel lanes to Interstate 65 from Merrillville to Lowell had its ceremonial kickoff Friday, duri…

I-65 project to impact summer driving

Major work on the Interstate 65 expansion project in south Lake County is scheduled to start on or around June 1.

GARY — Preliminary work on a project that will include paving and various other improvements to Broadway, including the removal of an old rail…

PORTAGE — A plan exploring ways to make U.S. 30 safer for non-motorists and motorists alike was adopted Thursday by the Northwestern Indiana R…

I-94 ramp closures scheduled next week in Porter County

A busy road construction season is entering its final phase, with the Labor Day weekend seeing the conclusion of projects, including Ind. 49 i…

'Expect the unexpected' during 80/94 roadwork

GARY — A $45 million Interstate 94 modernization effort will rehabilitate critical infrastructure this summer and fall, but cause frustration …