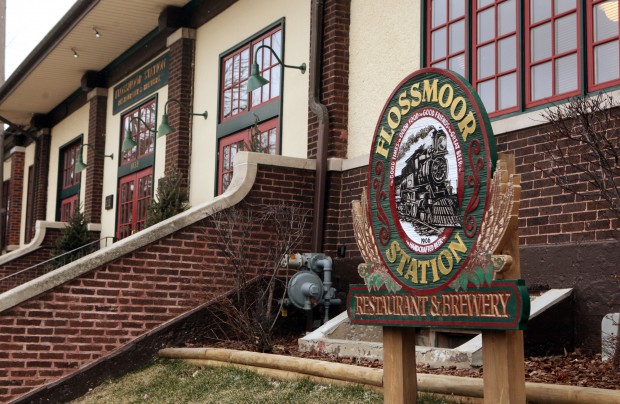 Flossmoor Station Brewery is shown in Flossmoor. Flossmoor Station Restaurant and Brewery was not able to secure financing for a 28,000-square-foot brewpub in the Oxbow Landing development in Hammond, Mayor Thomas McDermott Jr. said. The city withdrew $3.5 million in incentives after Hammond and the microbrewery mutually agreed to part ways. 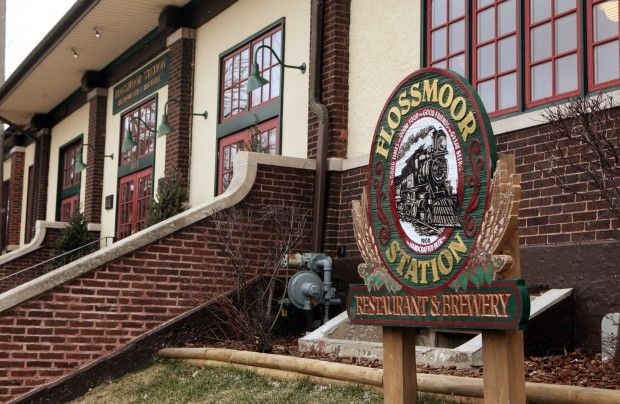 Flossmoor Station Brewery is shown in Flossmoor. The acclaimed restaurant and brewery is adding a smokehouse and beer garden.

HAMMOND | A popular craft brewery is no longer going to build a restaurant and production brewery at Interstate 80/94 and Kennedy Avenue in Hammond.

Flossmoor Station Restaurant and Brewery was not able to secure financing for a 28,000-square-foot brewpub in the Oxbow Landing development, Mayor Thomas McDermott said. The city withdrew $3.5 million in incentives after Hammond and the microbrewery mutually agreed to part ways.

The microbrewery had been trying to raise money for the project by lining up immigrant investors from China through the federal EB-5 program, but had not been able to bankroll the $10 million project by the timetable that was originally agreed upon.

Flossmoor Station co-owner Dean Armstrong said he hoped to finance the expansion project by offering investors equity, so his business would not have to take on the debt that comes with bank financing. But lining up enough investment proved to be challenging.

The popular craft brewery, which occupies a former train station in Flossmoor and has amassed more than 70 awards for its beer and been named the best brewpub in America, had wanted to expand its production capacity so it could start bottling its beer and 12-ounce bottles and distributing it in other Midwestern states. The beer is mainly distributed at Whole Foods, Binny's and Walgreens stores throughout Chicago.

Flossmoor Station now is looking at a Plan B, a production brewery without a restaurant, Armstrong said. The microbrewery still hopes to broaden its distribution to Northwest Indiana, Southeast Michigan and Northeast Wisconsin. He said the microbrewery would definitely consider a Hammond location after the positive experience he had working with city officials.

McDermott said he was disappointed the microbrewery would not come to town, but said momentum continues at the 23-acre site along the Little Calumet River that Hammond has been redeveloping after tearing down the River Park Apartments. Construction should begin this year on a Buffalo Wild Wings and four-story 100-room Hampton Inn.

A surgery center and a law office also want to build on the site, though discussions are still underway, McDermott said. A Hammond law firm hopes to build a mixed-used building with offices and retail, similar to new ones recently constructed in Dyer, and move its office there, he said.

"Basically, the whole site is now going to be developed except for the eight acres where Flossmoor would have been," he said. "We're keeping those acres open."

Southlake Mall anchor stores 'may be vacant for a while'

"Unless the mall gets some very unique users or investors, things are only going to get worse."

After spending six months being intubated in the hospital, an 18-year-old Lake Station teen died of COVID-19.

The 1936 Lake County Title Co. building, most recently an antique store, is being town down.

10-digit dialing for 219 area code starts in a month

People will be required to dial 10 digits instead of seven to make local phone calls in Northern Indiana's 219 and 574 area codes a month from now.

Dick's Sporting Goods will be the third major anchor in the last few years to leave the super-regional Southlake Mall, Indiana's second-largest mall.

A married couple who are both OBGYNs joined Franciscan Health Network and welcome new patients in Crown Point and Winfield.

Indiana State Troopers from the Lowell District had to chase three vehicles in five hours in Northwest Indiana Monday.

Chris Pappas credits his Greek immigrant dad, Angelo, for his passion and interest in the restaurant business.

CVS hiring to fill more than 1,000 jobs in Indiana and Illinois after bumping up its starting pay

CVS Health is hiring to fill more than 1,000 jobs in Indiana and Illinois.

Flossmoor Station Brewery is shown in Flossmoor. Flossmoor Station Restaurant and Brewery was not able to secure financing for a 28,000-square-foot brewpub in the Oxbow Landing development in Hammond, Mayor Thomas McDermott Jr. said. The city withdrew $3.5 million in incentives after Hammond and the microbrewery mutually agreed to part ways.

Flossmoor Station Brewery is shown in Flossmoor. The acclaimed restaurant and brewery is adding a smokehouse and beer garden.