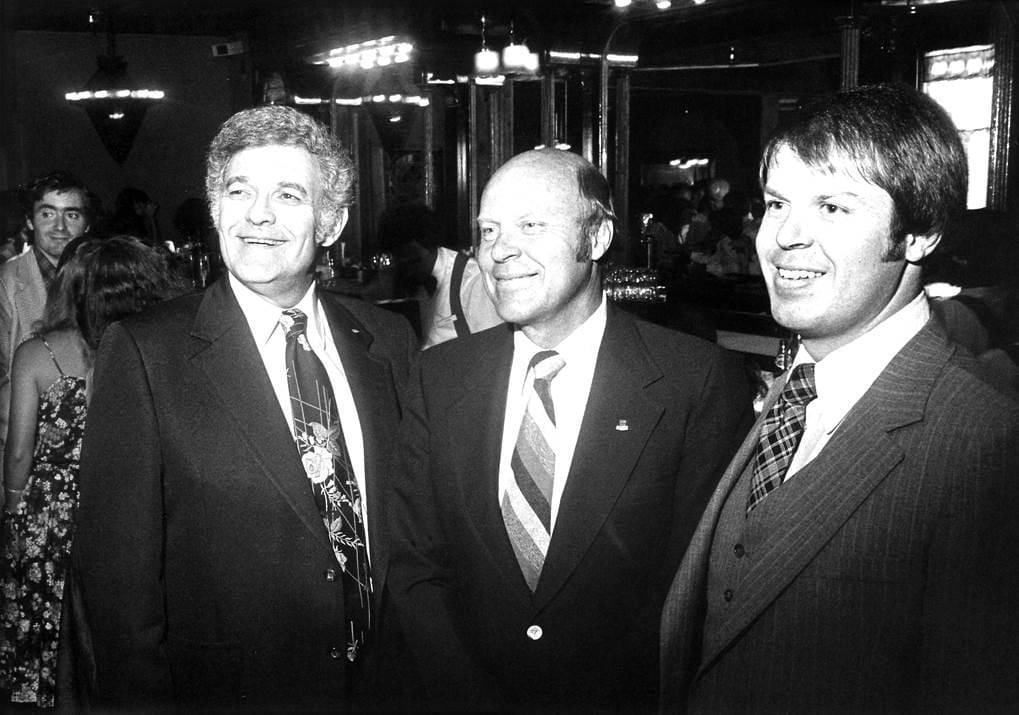 Dean White, center, and his son Bruce White, right, in the early days of the Holiday Inn Merrillville, which would eventually become the Radisson Hotel at Star Plaza, with the hotel’s then general manager Norton Locke. 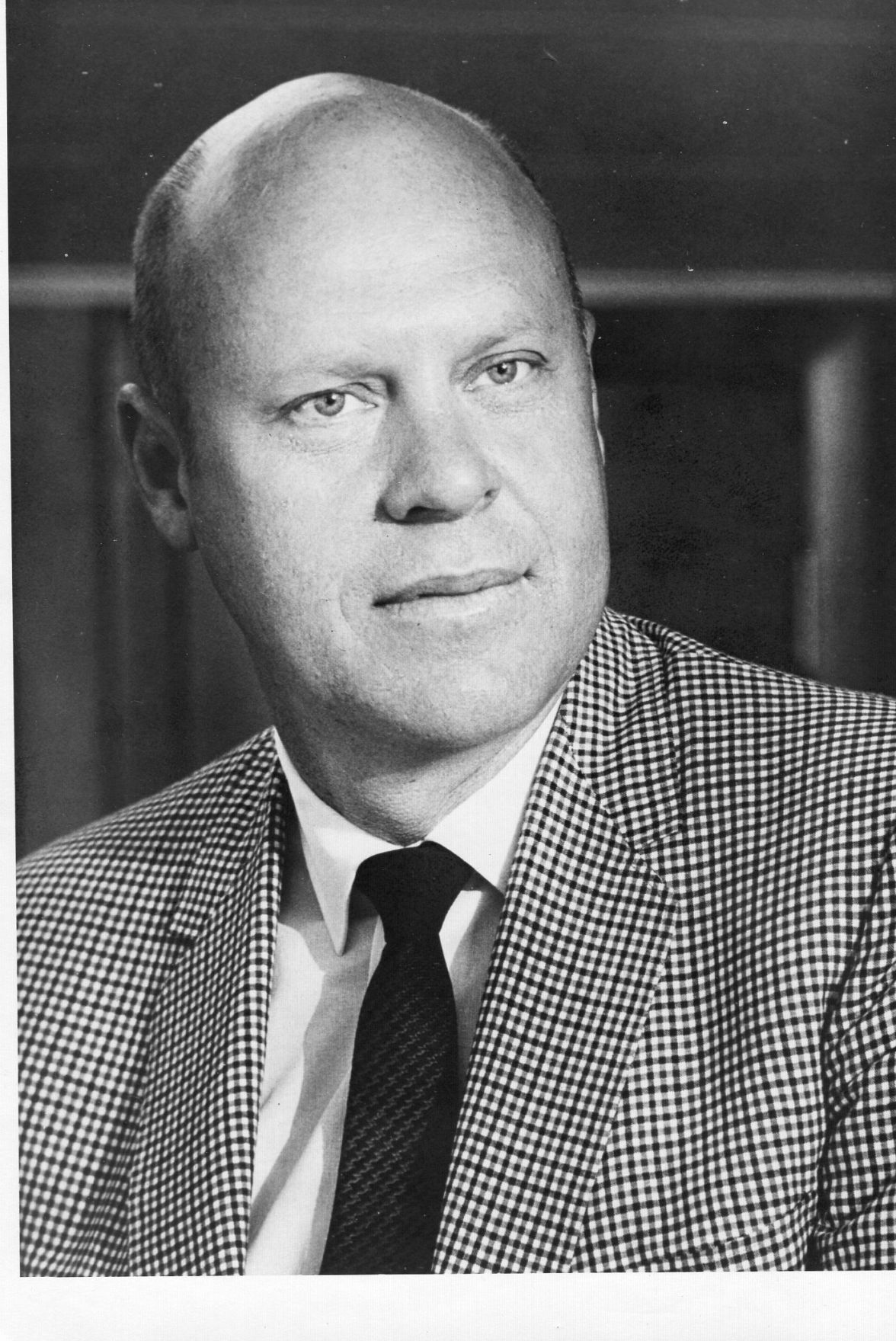 Billionaire Dean White was such a towering figure in the Northwest Indiana business community that the vote to induct him into the 2017 Class of the South Shore Wall of Legends was unanimous and quick.

"It's no surprise it was a unanimous vote," said Speros Batistatos, South Shore Wall of Legends committee member and South Shore Convention and Visitors Authority president and CEO. "He was a prolific philanthropist. He dominated the hospitality industry."

Batistatos said White put the Region on the map.

"With everything he's done, it was a short, quick and unanimous vote," he said.

White died at the age of 93 last year, after amassing a fortune of $2.5 billion from a national billboard and hotel business that made him the 260th wealthiest person in the U.S. in 2016, according to Forbes Magazine. He built hotels across the country, as well as the Lighthouse Restaurant in Cedar Lake, the 34-story "Big Blue" JW Marriott skyscraper in Indianapolis and the Morningside subdivision in Crown Point.

Dean White's son, Bruce, said his father loved Northwest Indiana and would have been flattered by the recognition.

"He took great risks, but believed in the people and local economy of the Region," said Bruce White, founder and chairman of Merrillville-based White Lodging. "He was proud of what he and the residents of the area created together, and my sister, brothers and I are all committed to helping his legacy live on here.”

Batistatos said the legends wall is a great asset to the Welcome Center and an opportunity for visitors to learn about the people who shaped the Region.

"Past inductees include (actor) Karl Malden, the Tuskegee Airmen and (middleweight boxing champion) Tony Zale," he said. "It's a distinguished list."

Batistatos said White epitomized what the Wall of Legends stands for, which is intended to inspire the next generation to make their own contributions along the South Shore.

After inheriting the White Advertising Co. billboard business from his father, Dean White turned it from a small operation out of the back of a pickup truck into a major international company, which branched out into hotels.

Dean White later cashed in by selling his billboard company to Chancellor Media Group for $960 million, and 100 hotels to BET founder Robert Johnson for $1.7 billion.

Despite being the 789th richest person in the world at the time of his death in 2016, White maintained a low profile. He quietly donated to many causes, including the Southlake YMCA, the Lake Courthouse Foundation, the Crown Point SportsPlex and the Crown Point Community Foundation.

"There were no boundaries to his success," Batistatos said. "He was a quiet, respected leader behind the scenes. This was the first time he was nominated, and he was voted in quickly because of the prolific body of work he's done. It can't be limited to Northwest Indiana or Indiana or any geographical area."

White leaves a major legacy, having poured money into many causes including a veterans memorial in Merrillville, restoring the Old Courthouse in downtown Crown Point and the upcoming Crown Point YMCA expansion.

"White's legacy will live on for generations," Davies said. "He became one of America's most wealthy people but continued to live in Northwest Indiana."

Davies said White was a great entrepreneur and a tremendous business leader.

"He is known for so many contributions in the business world, but was also extremely generous as a philanthropist," Davies said. "Where do you start?"

Davies said Dean White's life is celebrated for all of the iconic moments.

"What struck me more than anything was the long hours he put in often working from the back of a pickup truck as he started his lifelong journey to greatness," Davies said. "His life was remarkable and his love for Northwest Indiana was legendary. He stayed here and made Northwest Indiana work better and inspired all of us in the process."

Known for: Hotel and billboard magnate

Wealth: Was estimated to be 260th richest man in America with fortune of $2.5 billion

'The Minutes' captivates with unfurling mystery

Pulitzer Prize winner Tracy Letts scores another satirical hit with “The Minutes,” a new play at The Steppenwolf Theatre in Chicago’s Lincoln …

Get out your finest leg lamp, don your coziest bunny pajamas and don't shoot your eye out this weekend because a Region Christmas classic abou…

"Amazing Grace, How sweet the sound/That saved a wretch like me/I once was lost, but now am found/T'was blind but now I see," the Oak Ridge Bo…

The Hammond Family YMCA is planning a $3 million renovation and face-lift to the existing building, including an expanded weight room and new …

Anyone interested in starting a small business could learn something at an upcoming no-cost workshop in Hammond.

Experts estimated that there are 5.5 million family businesses in the United States that contribute $8.3 trillion to the economy, employ 63 pe…

Northwest Indiana's biggest office tower is getting a massive, multimillion-dollar overhaul as the owner looks to draw in new tenants.

Astronaut Frank Borman to appear at Museum of Science and Industry

Gary native Frank Borman, the astronaut for whom the Borman Expressway in Northwest Indiana is named, is the subject of a new book and will ap…

Star Plaza Theatre being torn down

Prime Real Estate in Crown Point now offers health insurance to all the company's real estate agents, a rarity in an industry where agents are…

3 inductees into Wall of Legends helped shape NWI, the nation

If you've got a brilliant idea for a new business, you can make your best pitch at The PNW Big Sell to try to scare up some startup capital.

White Lodging is taking over the Lighthouse Restaurant in Cedar Lake, a destination fine dining eatery with a sweeping view of the lake, after…

Demolition of landmark Radisson at Star Plaza starts this week

The last guests have checked out.

MERRILLVILLE — Time ran out for the iconic clock tower at the landmark Radisson at Star Plaza in Merrillville, which owner White Lodging is de…

Dean White again one of the world's richest people

Northwest Indiana's own Dean White is again one of the richest men in the world and the second wealthiest in the state, according to Forbes Magazine.

CROWN POINT | You might have some money, but Dean White has more of it.

The former site of the Star Plaza Theatre, the Radisson at Star Plaza and the Twin Towers in Merrillville presents an "extraordinary opportunity" for development on the "best vacant piece of real estate in Northwest Indiana," now that White Lodging no longer has any plans to develop it.

Region native Jean Shepherd's "A Christmas Story," a sweetly nostalgic look at his own childhood in Hammond, Indiana, slowly simmered before it got hot.

A documentary about the early flight pioneer Octave Chanute film premiers at the at Indiana Dunes National Park Sunday.

Dean White, center, and his son Bruce White, right, in the early days of the Holiday Inn Merrillville, which would eventually become the Radisson Hotel at Star Plaza, with the hotel’s then general manager Norton Locke.