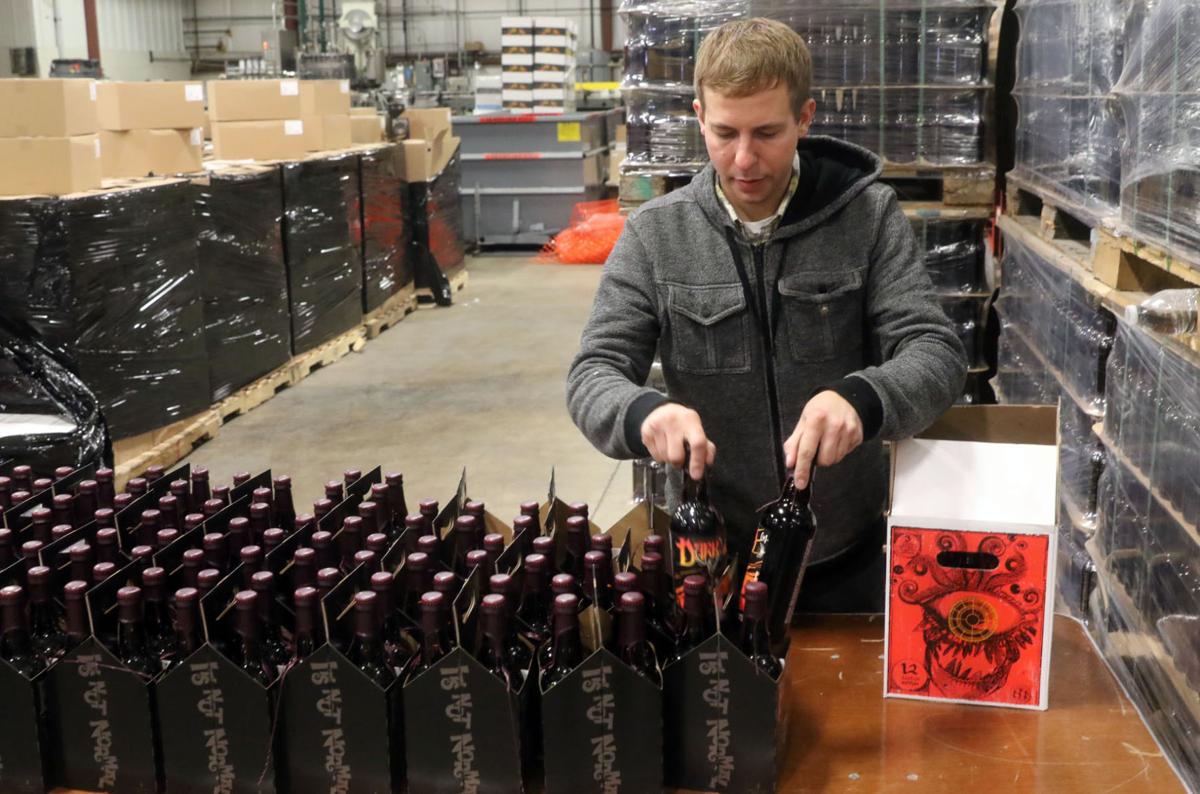 Zak Gergely, of Highland and a bottler at 3 Floyds Brewing Co., prepares four-packs of Dark Lord beer to sell Saturday during the annual Dark Lord Day at 3 Floyds in Munster. The event drew thousands of beer enthusiasts despite the soggy cold weather. 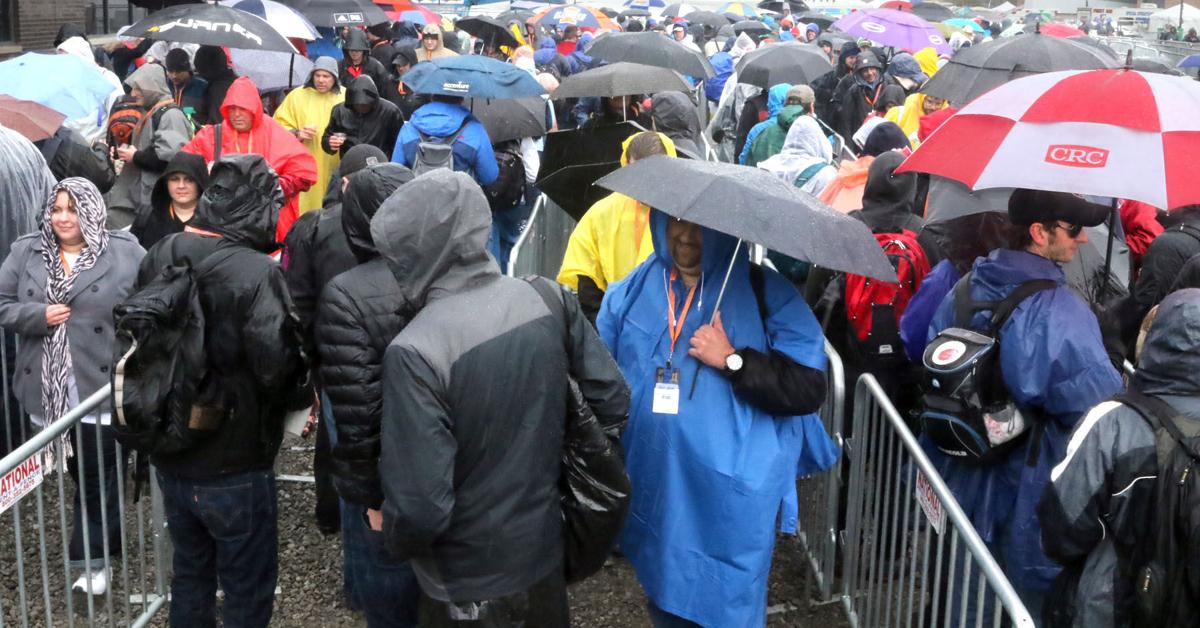 MUNSTER – Northwest Indiana's 3 Floyds was once again named one of the best beers in the world for 2015.

The Munster-based craft brewery, which celebrates its 20th anniversary this year, recently won a slew of awards from the authoritative beer ranking website RateBeer and is also in the running for Best Brewpub in the USA Today Reader's Choice competition, which is open to voting through Feb. 29.

Beer drinkers who use the RateBeer website ranked 3 Floyds the fourth best brewery in the world last year, which is no small feat.

"The 100 listed represents less than the top 1 percent of all brewers – the creme de la creme of world brewing," RateBeer says. "For comparison, more than double the percentage of the population qualifies as genius."

3 Floyds has previously been ranked No. 1 in the world in 2007, 2009, 2010, 2011, and 2012. In voting last year, the craft brewery at 9750 Indiana Parkway in a Munster industrial park got narrowly edged out by Vermont's Hill Farmstead Brewery, San Diego's AleSmith Brewing Co, and Belgium's Brouwerij 3 Fonteinen.

RateBeer named 3 Floyds the best brewer in Indiana and its Dark Lord Russian Imperial Stout the best beer brewed in Indiana. Dark Lord and its Zombie Dust pale ale were named among the 100 best beers in the world, and Zombie Dust was named the best American Pale Ale.

3 Floyds' beers ranked among the top 0.0016 percent of the more than 60,000 beers that were reviewed. No other Northwest Indiana craft breweries won any RateBeer awards this year.

The Munster-based 3 Floyds also is competing with craft breweries like Founders, Revolution, Deschutes, Schlafly and Brewery Vivant in the USA Today contest for best brewpub.

Spring break is at hand, but it's not just about the beach. Cities are just as popular for some travelers, and don't forget about spring skiin…

MUNSTER — Craft beer lovers will be able to again bow down before the Dark Lord on April 30, but a ticket will be a lot more costly.

RateBeer.com's reviewers rate the 3 Floyds' intensely hopped and comic book-inspired Zombie Dust as one of the top 100 beers in the world, in …

One of the signature beers at Northwest Indiana's signature brewery is 3 Floyds Brewing Co.'s Gumballhead, an American wheat beer with a citru…

Acclaimed 3 Floyds Brewing, regularly named one of the best craft breweries in the world, picked up another international honor at the World B…

Brewing up a community among competitors

When Kaitlyn Hendricks chose to do student teaching in Ireland, she immersed herself in local culture unaware it would prove to be a turning p…

Northwest Indiana residents can be proud that one of the world's best breweries is right in their backyard.

The flagship beer of 3 Floyds is leaping out of the pint glass and onto the page.

MUNSTER | The votes are counted, and Zombie Dust is one of the best beers in America.

One of Minnesota's most celebrated craft brewers coming to Three Floyds

In a move that sent shockwaves across the craft brewing community, Surly Brewing Co. Head of Brewing Operations Todd Haug left the Minneapolis…

3 Floyds honored for making some of world's best beers

The popular RateBeer website named 3 Floyds the best brewery in Indiana and the maker of some of the best regarded beers in the world.

Zak Gergely, of Highland and a bottler at 3 Floyds Brewing Co., prepares four-packs of Dark Lord beer to sell Saturday during the annual Dark Lord Day at 3 Floyds in Munster. The event drew thousands of beer enthusiasts despite the soggy cold weather.