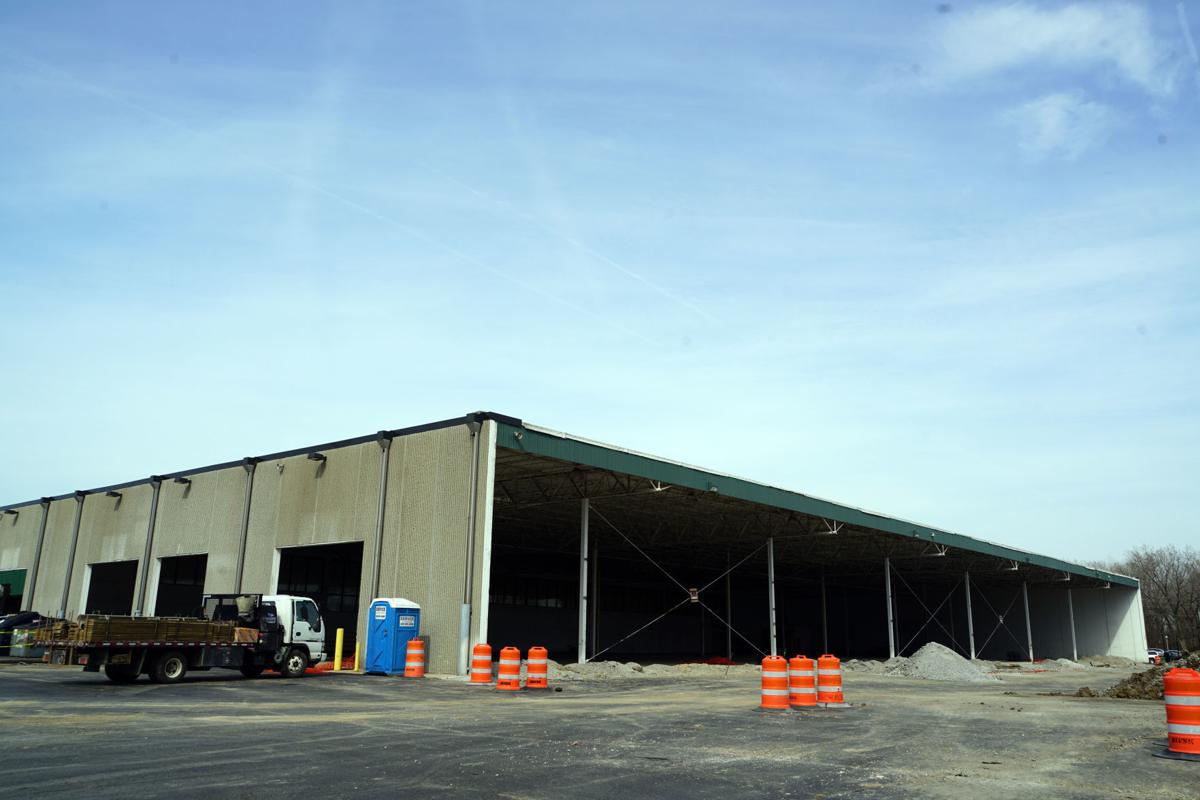 A new bowling alley complex that will include an upscale restaurant, arcade and party rooms aimed at young adults is under construction at the former Menards site on Indianapolis Boulevard in Schererville. 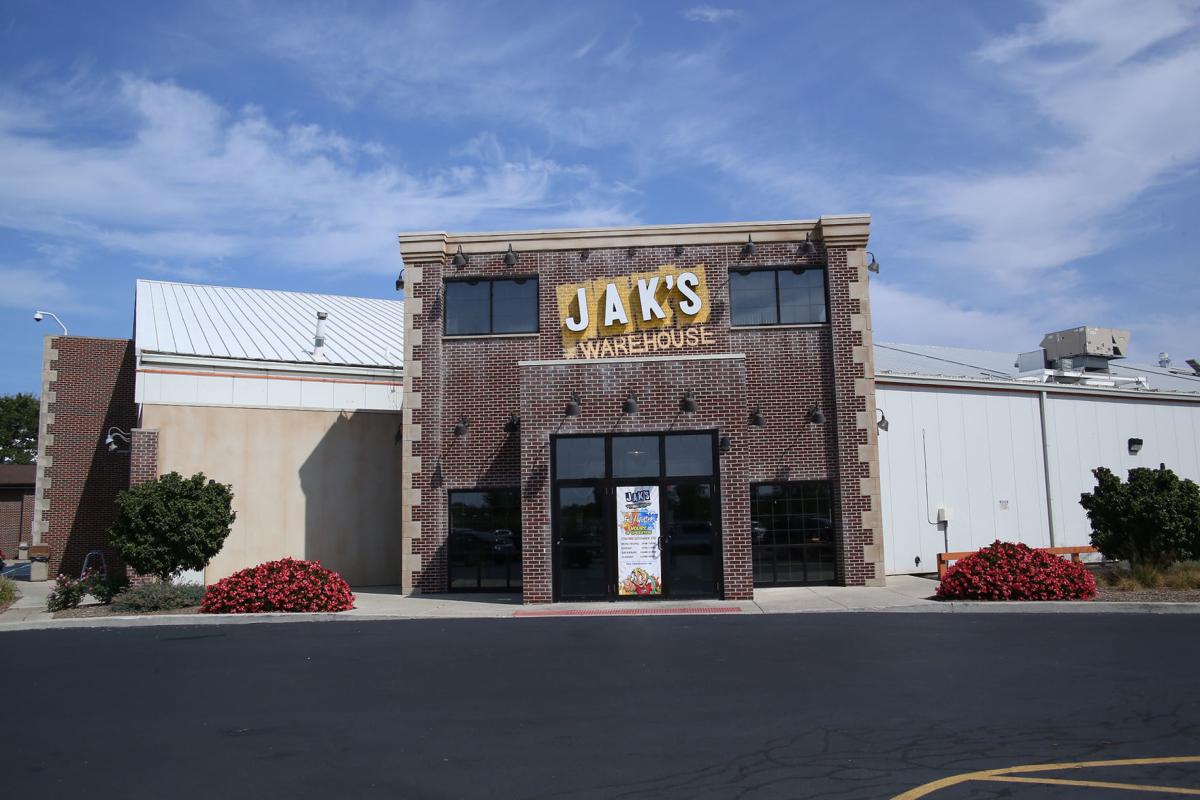 JAK's warehouse in Schererville. The developers of JAK's are building a new entertainment center called "Up Your Alley" with boutique bowling, an upscale restaurant and bar, Lastertron, an arcade and cyber sports.

The developers behind JAK's Warehouse plan a new entertainment center with "boutique bowling," an upscale restaurant and bar, an arcade, Lasertron and Cyber Sport at the south end of the old Menards in Schererville.

Schererville Town Manager Robert Volkmann said Up Your Alley would be a massive project taking up 43,380 square feet. It would seat around 500 people in the restaurant and bar.

"It's more adult entertainment with bowling, a bar, a restaurant, electronic gaming and party rooms," Volkmann said. "It's more entertainment and dining for the Region that's definitely trying to build upon the movie theaters across the street."

Construction has started, and it should take at least a year, since it involves closing-in the outdoor yard of the Menard's home improvement store, which moved to a larger location south on Indianapolis Boulevard in 2013.

"The vision for Schererville Bowling Entertainment Center was created through the experience gained over these last several years, and we are looking to build on that experience to create the most elite family entertainment center/boutique bowling facility in the Northwest Indiana area," they wrote in a business plan submitted to the town. "Schererville Bowling Family Entertainment Center is a boutique bowling business where an upscale restaurant and bar collide with an entertainment facility, creating an energetic, fun, exciting, yet sophisticated atmosphere."

Plans call for the entertainment center at 1048 U.S. 41 to include 20 bowling lanes, an arcade with 60 video games and a 5,000-square-foot Lasertron arena. The arena will include a second level, eight bases and hundreds of obstacles that will give players "plenty of places to hide."

It also will offer Cyber Sport, a two-team game that can accommodate up to 10 players at a time. Played in Cyber Cars, it combines lacrosse and basketball.

According to the plan, the restaurant will have a classically trained chef who's developed high-end farm-to-table concepts and craft cocktail menus at gastropubs. The menu will feature "upscale rustic Americana food" and customers can order food from the restaurant, bar or their reserved bowling lane.

Wait staff will take orders at the lanes so people can eat and bowl at the same time. They also will be able to order beer, wine and specialty cocktails.

The facility will be designed by Design Development Co., whose other clients have include Hard Rock Cafe and Fleming's Prime Steakhouse and Wine Bar. The converted warehouse will have an industrial look with exposed wood and structural elements turned into showpieces.

"In a growing technology-engulfed world, adults are increasingly desiring social time that doesn't have to involve a screen of video game console," the developers wrote in their business plan. "People are as socially connected as we've ever been thanks to technology but we're just as disconnected as we've ever been. We want to provide our customers with the opportunity to go back to the future and allow people to gather and spend time together over a game of bowling."

Illinois State Police are warning drivers who use the Tri-State Tollway to watch out for protesting truck drivers, who are planning a "slow ro…

5 important stories you need to know from yesterday: Pedestrian hit by train identified as Schererville man

Deborah Koester was tending bar the other day at the longtime Munster landmark Johnny's Tap — known for its neon "Mr. Fun is Here" sign in the…

Indiana has lost 2,046 farms over the last five years — an average of more than 400 a year — as farmers are getting older and farm incomes are…

'Mortal Kombat' among 4 inducted to Video Game Hall of Fame

Refinery maintenance and utility workers go on strike in Hammond

Refinery maintenance and utility workers have gone on strike at HydroChemPSC in Hammond.

The revered chain Lou Malnati's will bring its world-famous deep-dish pizza to Schererville, its first location in Indiana.

The That's So Region panel talks about a zombie hand in a pond, the Festival of the Lakes lineup, the return of Gayety's and Bronko's a craft …

A new bowling alley complex that will include an upscale restaurant, arcade and party rooms aimed at young adults is under construction at the former Menards site on Indianapolis Boulevard in Schererville.

JAK's warehouse in Schererville. The developers of JAK's are building a new entertainment center called "Up Your Alley" with boutique bowling, an upscale restaurant and bar, Lastertron, an arcade and cyber sports.