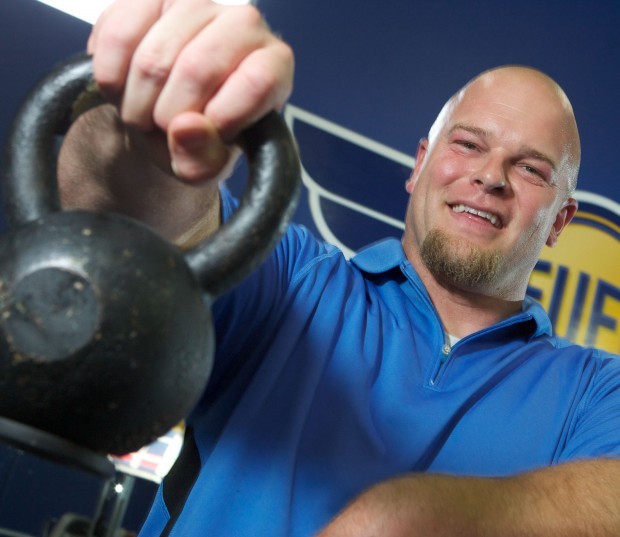 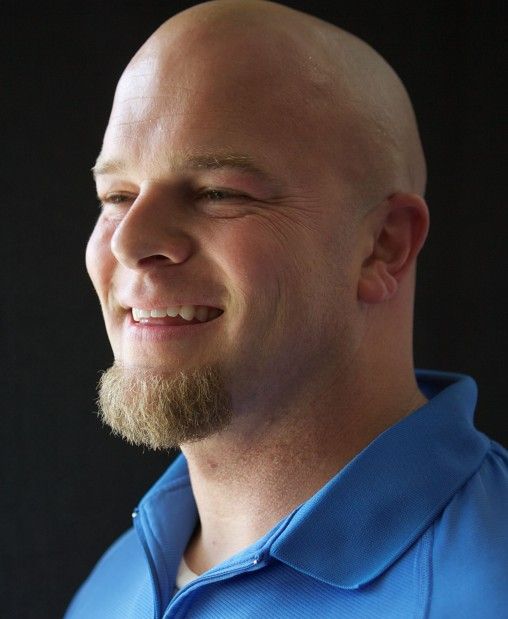 A bank is foreclosing on two of an ex-NFL player's gyms, and customers are fuming over the closure of one of the health clubs.

Fuel Fitness closed its Winfield gym earlier this year, and several customers have complained they have been unable to get refunds for their membership fees. One went so far as to file a formal complaint with the Office of the Indiana Attorney General.

Fuel Fitness owner Jared Tomich, a former NFL defensive end who was arrested in February on theft charges related to gym equipment missing from a health club he ran in Valparaiso, faces mounting financial difficulties that threaten his regional empire of fitness centers, according to court records.

Peoples Bank is foreclosing on the now-shuttered Winfield gym and also the Fuel Fitness Center at 12937 Wicker Ave. in Cedar Lake, which Tomich took out a commercial loan for in 2007. Tomich, his company Windy Hill Properties and business partner Michael Goich owed $2.43 million on the Cedar Lake property as of March 24, according to a lawsuit filed in Lake Superior Civil Division 4.

Tomich had personally guaranteed the loan if Windy Hill Properties were ever to default on the loan.

The Cedar Lake gym remains open. Peoples Bank filed a foreclosure lawsuit in April, and will ask the court to appoint a receiver to take control of the property at a May 27 hearing.

Tomich and an attorney who represented him in one of the foreclosure cases have not returned multiple messages over the past few weeks.

Wells Fargo Bank filed a foreclosure suit against Tomich in October 2012 after he defaulted on a $285,000 mortgage. Eight years after borrowing the money, he still owed $283,439, according to a lawsuit filed in Lake County Superior Court Division 7.

In January, the Pineridge Lakes Homeowners Association sued Tomich over $1,663 in unpaid fees.

Several former customers have complained the Fuel Fitness Tomich owned in Winfield was accepting new memberships right up until it closed, and that they have been unable to get refunds.

"Jared Tomich ripped us off for a paid-in-full year's membership in Winfield after he ran a membership drive in 2014," said Winfield resident Dan Plummer, who used to work out there every morning before he went to work. "He probably ripped off several hundred people at $240 each. A number of those folks were senior citizens."

Many Winfield residents used the gym so they would not have to drive to Crown Point or Valparaiso to work out.

Membership at the gym had been $30 a month, or $360 a year. The gym started offering yearly memberships at a discounted price of $240 around December last year, and then closed in January. Plummer said the management must have known it was going to close, and decided to take money for yearly memberships anyway.

He has repeatedly called the Fuel Fitness in Cedar Lake to get a refund, but to no avail.

"It's a matter of principle," he said. "We got ripped off. There were a lot of senior citizens working out there who got a raw deal. They live on fixed incomes, and struggle to make ends meet."

Tomich, a 40-year-old Schererville resident, was arrested on a felony theft charge in Porter County in February after police say he stole $8,200 in office and exercise equipment, along with satellite radios, from a gym he ran for eight months.

The former Lake Central High School standout played college football at the University of Nebraska and then played for the New Orleans Saints, Green Bay Packers and Kansas City Chiefs between 1997 and 2003.

He launched the Fuel Fitness Gym chain in 2007, and it grew to have several locations throughout Northwest Indiana, including in Crown Point, Highland and Schererville.

Anytime Fitness, a fast-growing 24-hour gym chain, is planning a major expansion in the Calumet Region, where it's looking to open nine new lo…

The "Phoenix Team" that's been working to bring Saint Joseph's College in Rensselaer back from the dead achieved a significant milestone, stri…