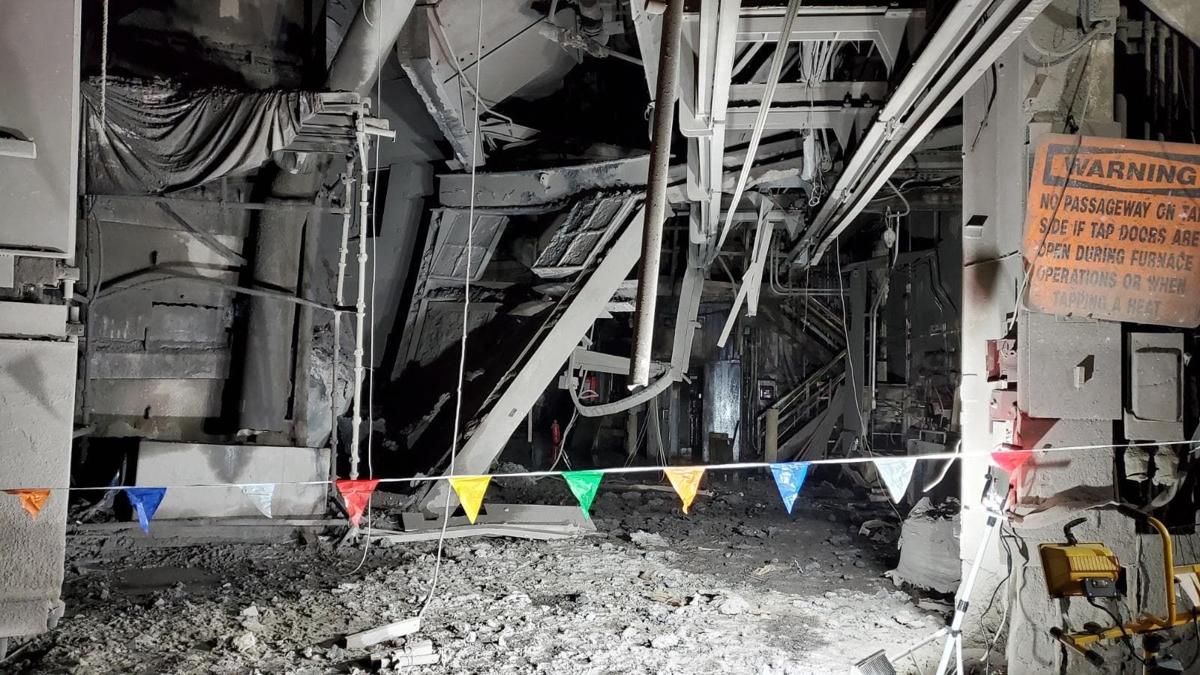 An area of ArcelorMittal Indiana Harbor East steel mill is damaged after an explosion Friday morning. 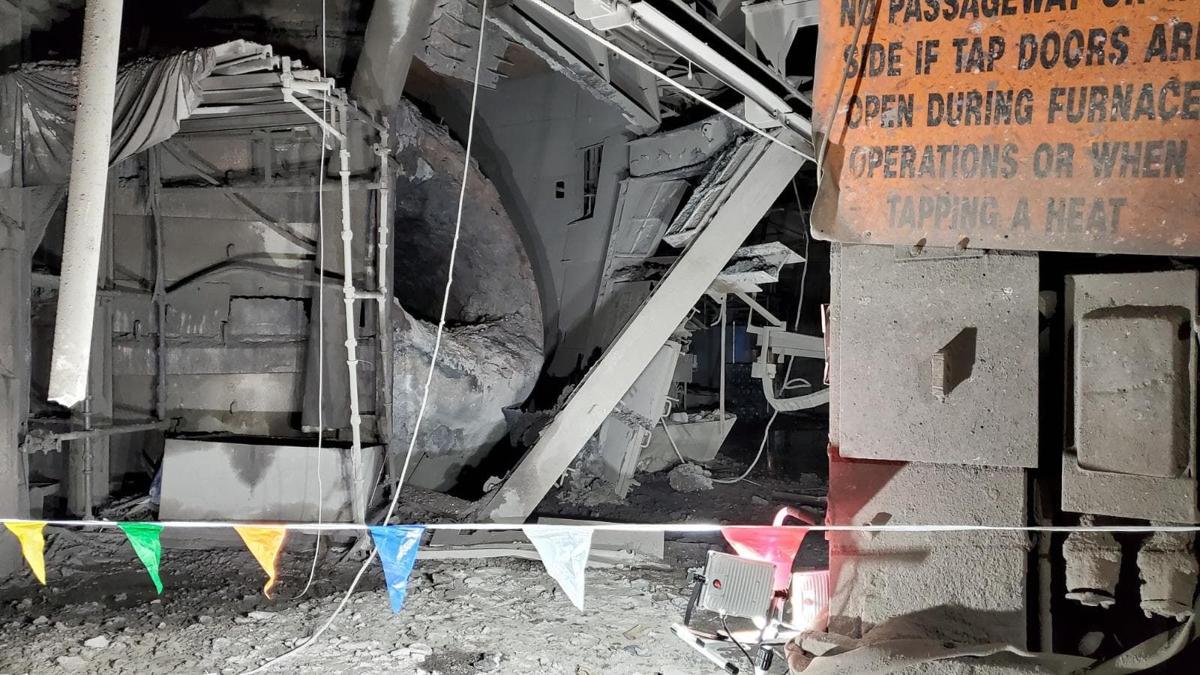 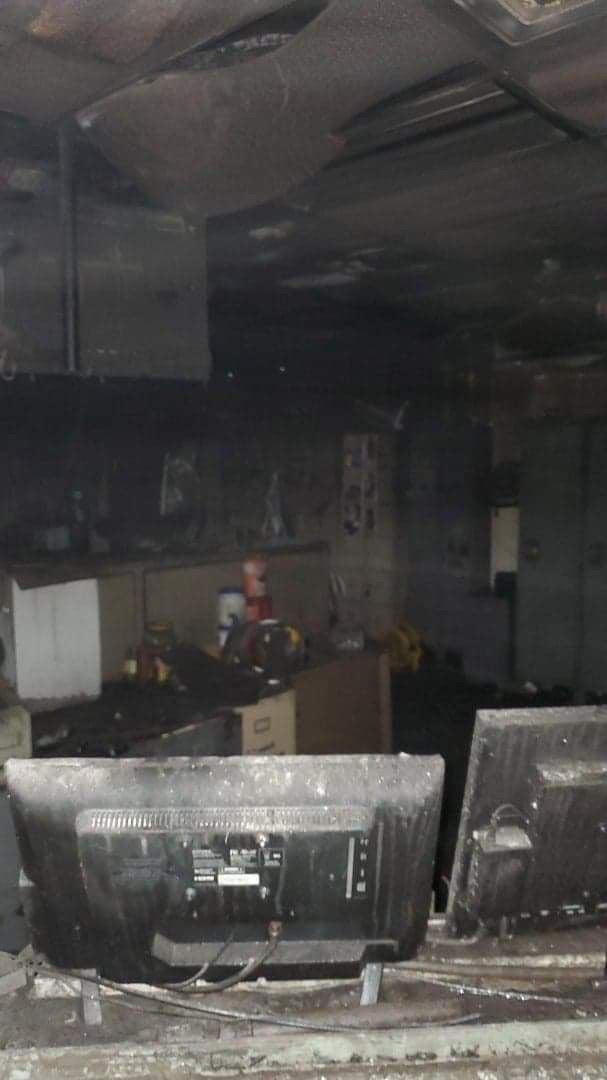 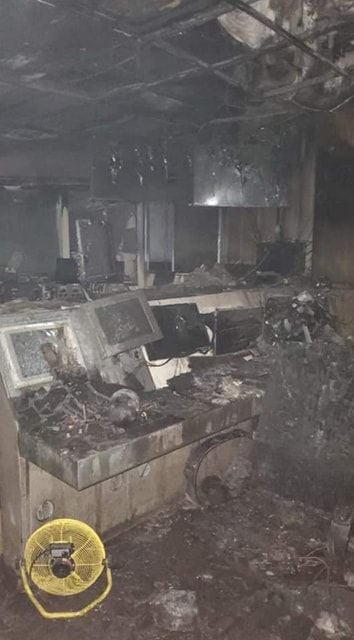 "There was an explosion," United Steelworkers District 7 Director Mike Millsap said. "To the best of my knowledge, nobody is hurt. There is limited damage that is currently being assessed."

Millsap said it was not immediately known how significant the damage was, or to what extent the steel mill's operations were disrupted.

"They are assessing the damage," he said. "My main concern was nobody was hurt."

"We are extremely blessed that there were no injuries caused by the explosion," USW Local 1010 President Steve Wagner said. "No one from management has informed me as to the extent of damages."

Inland Steel, once one of the 10 largest steel companies in the United States, built the mill at Indiana Harbor on Lake Michigan in 1902. The steel mill once employed more than 25,000 workers and made about 5% of the nation's steel, but suffered massive layoffs during the 1980s as the American steel industry shrunk nationwide. The mill was purchased by Ispat International in 1998, which became part of Mittal Steel in 2004 and ArcelorMittal in 2006 as the steel industry consolidated globally in search of better efficiency of scale.

About 4,000 steelworkers now work at the 3,095-acre ArcelorMittal Indiana Harbor complex, making hot-rolled, cold-rolled, hot-dipped galvanized and aluminized sheet products. The metal forged there is used in cars, appliances, construction, strip converters and oil and gas pipes and drills across the country.

It's one of the American steel industry's leaders in new automotive products like advanced strength steel and supplies the coil to I/N Tek and I/N Kote in New Carlisle.

The explosion is just the latest problem to afflict Northwest Indiana's aging steel mills, which were mostly constructed on the south shore of Lake Michigan more than a century ago. Last month, a leak in a pipe caused extensive flooding at the Gary Works steel mill, forcing U.S. Steel to idle the blast furnaces there for as long as a week in a highly unusual disruption of steelmaking operations.

5 important stories you need to know from the weekend: Explosion rocks ArcelorMittal

The Luxembourg-based steelmaker and Nippon Steel have competed their $5.8 billion acquisition of Essar Steel India Limited out of bankruptcy court.

U.S. Steel and ArcelorMittal have been raising steel prices of late.

ArcelorMittal to idle Blast Furnace No. 3 at Indiana Harbor West in East Chicago

There are too many to choose from, as I can be quite prolific, but here's a look at some of the favorite stories I covered in 2019.

The explosion that rocked ArcelorMittal Indiana Harbor East Friday has resulted in an outage of indeterminate length.

The Bartenders R Us bartending school teaches the public mixology at 754 Broadway, in the Loft Adiq Ultra Lounge nightclub in Gary.

Great Lakes steel production fell by 5.7% after an explosion at a steel mill in East Chicago.

The Steelworkers Pilgrimage Cycling Tour will peddle past Region's steel mills and more twice this spring.

An area of ArcelorMittal Indiana Harbor East steel mill is damaged after an explosion Friday morning.