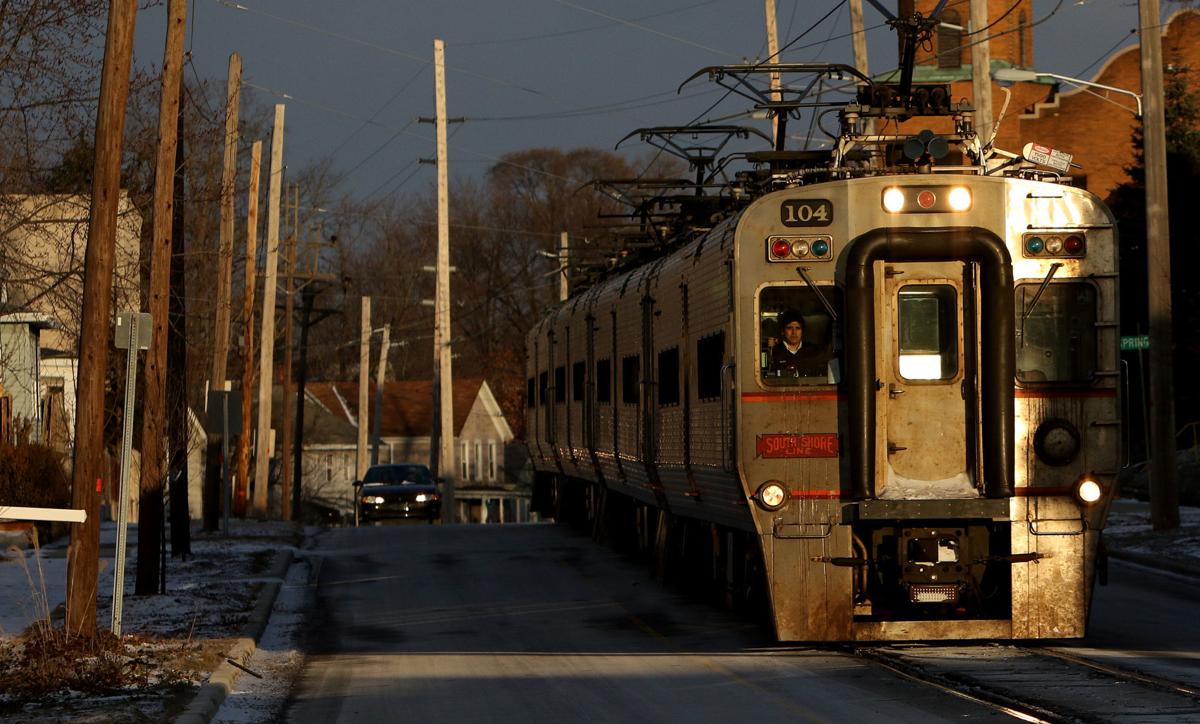 A westbound South Shore Line train travels through downtown Michigan City. The tracks would be moved to the side of the street if the Northern Indiana Commuter Transportation District's Double Track NWI project comes to fruition. 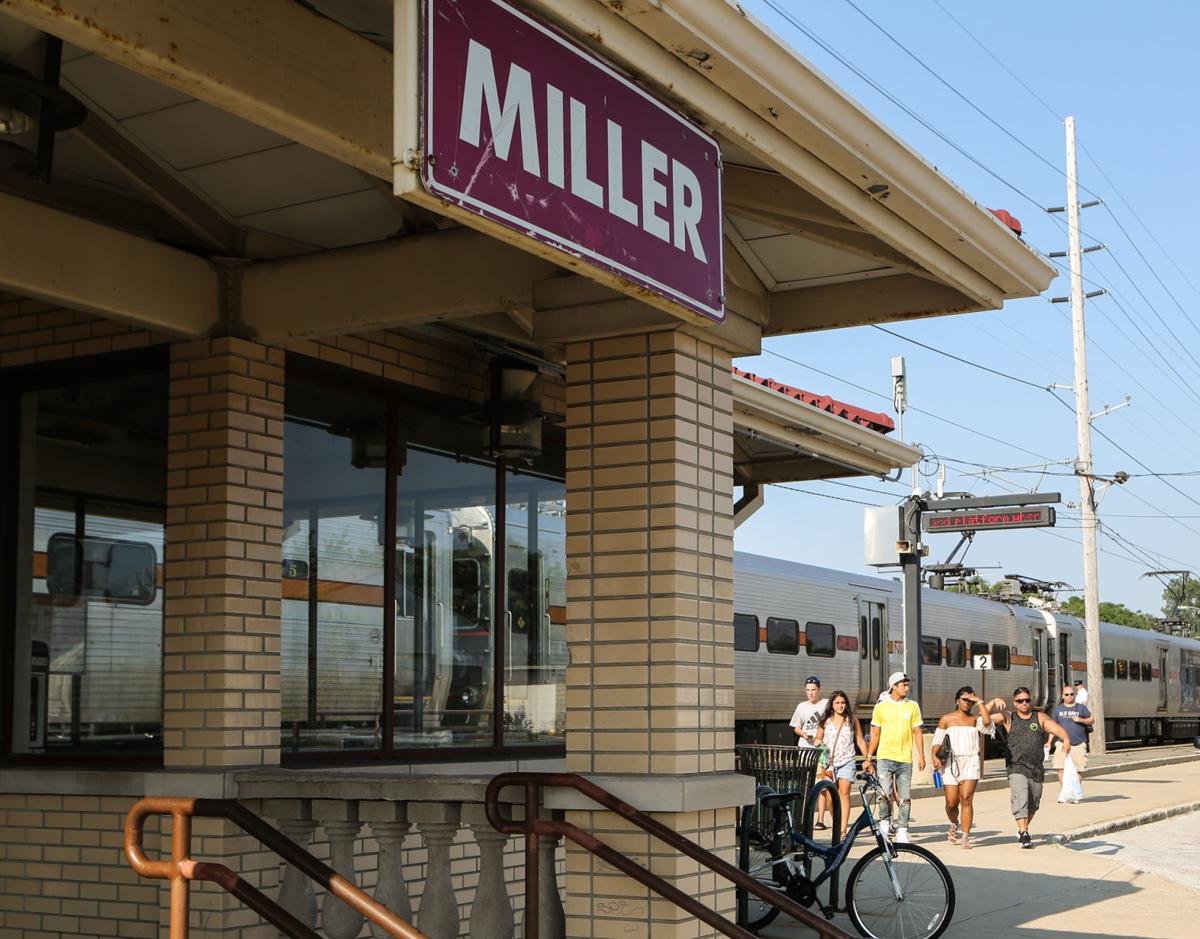 The South Shore Line's Double Track NWI project reached a milestone Thursday when the Federal Transit Administration signed-off on the Environmental Analysis describing the project and its impact on the environment.

The decision came in the form of a Finding of No Significant Impact, determining "there are no significant impacts on the environment associated with the development and operation of the proposed project," which would add a second set of tracks between Gary and Michigan City, among a variety of other upgrades. A FONSI is the federal government's official thumbs-up for the Northern Indiana Commuter Transportation District to continue work on the project.

“The team at NICTD has worked hard to minimize the project’s impact on the natural and human environment for the past two years,” South Shore Line President Michael Noland said. “We are thrilled to reach this critically important milestone and advance the project in the Capital Investment Grant process with the FTA."

A Capital Investment Grant would cover half the engineering and construction costs of the project, expected to top $300 million.

The FONSI is required by the National Environmental Policy Act. It includes information justifying the project's need, analyzing its impacts, detailing NICTD's environmental commitments and its responses to public comments. It is similar to the more complex Environmental Impact Statement required of larger projects, including the South Shore's West Lake Corridor extension.

Among the more complex issues that had to be resolved for the Double Track analysis was the project's impact in the area of NIPSCO's Bailly Generating Station. Concerns from the Chicago South Shore & South Bend Railroad about the project's impact on its freight-hauling operation led to a series of negotiations among NIPSCO, NICTD and Chicago South Shore that will make tracks available for commuter and freight rail to pass through the congest area near ArcelorMittal and the Indiana Dunes National Lakeshore.

The Double Track project would add a second track between Virginia Street in Gary and East Michigan Boulevard in Michigan City, realign the railroad along 10th and 11th streets in Michigan City, and close 21 at-grade crossings. It would also enhance the Gary/Miller, Portage/Ogden Dunes, Dune Park, Beverly Shores and 11th Street stations.

The project includes a realignment of U.S. 12 in Gary's Miller neighborhood to merge with U.S. 20 at a point east of today's merger. That will accommodate the South Shore realignment and open land for development around it.

INDOT Commissioner Joe McGuinness commented on that project, and the Double Track and West Lake efforts as a whole, at the annual Northwest Indiana Business Round Table event held Friday in Valparaiso. McGuinness noted extensive meetings at the FTA, congressional offices and the White House at which he has joined South Shore and Northwest Indiana Regional Development Authority officials to lobby in support of the projects.

The state has committed $6 million annually to each project for 30 years. Governor Eric Holcomb remains firmly committed to them, the INDOT commissioner said.

"This is a major, major agenda item for him," McGuinness said. For the governor, "this has to get done."

The FONSI is available for review on NICTD's website for the project, doubletrack-nwi.com/docs, and is available at NICTD’s offices at 33 E. U.S. 12, Chesterton, adjacent to Dune Park Station.

The Federal Transit Administration's finding of no significant impact for the Double Track NWI project is available for review at www.doubletrack-nwi.com/docs

It is also available at NICTD’s offices at 33 E. U.S. 12, Chesterton, adjacent to Dune Park Station.


View a larger version of the map here.

Southbound Interstate 65 will be closed to traffic between U.S. 12/20 and Interstate 94 this week as part of a bridge project over Central Ave…

CHESTERTON — A Friday deal to reopen shuttered portions of the federal government, at least temporarily, could alleviate a paperwork logjam th…

South Shore extension closer to fruition and $440 million from feds

This map contrasts the huge reach of the Metra train system in the Chicago area with the reach of the one-line South Shore commuter railroad.

A westbound South Shore Line train travels through downtown Michigan City. The tracks would be moved to the side of the street if the Northern Indiana Commuter Transportation District's Double Track NWI project comes to fruition.