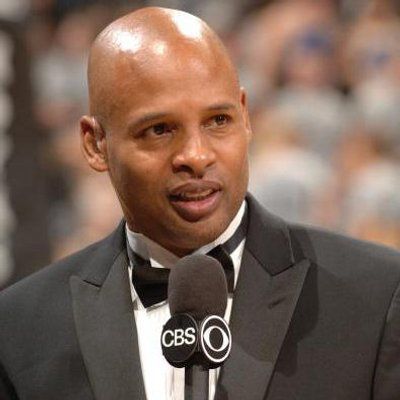 CBS Sports Analyst Clark Kellogg was named to the board of First Merchants Bank.

First Merchants Bank, which has 18 branches in Northwest Indiana and the Chicago south suburbs, recently named CBS Sports basketball analyst Clark Kellogg to its board of directors.

In addition to being a national media personality, Kellogg has served on the Ohio Region Advisory Board for the $11 billion bank since 2001.

“This is a tremendous opportunity and builds on a strong relationship with First Merchants developed over the past two decades,” Kellogg said. “First Merchants is a growing, high-performing institution with an extremely bright future, and the company and I share an unwavering commitment to bettering the communities we serve.”

Kellogg, nicknamed "Special K," was a standout All-Big Ten Conference power forward at Ohio State University. He was drafted in the first round by the Indiana Pacers, where he was named to the All-Rookie Team and averaged more than 20 points and 10 rebounds a game in his rookie year.

But Kellogg only played in the National Basketball Association for five years before retiring because of chronic knee issues.

“The First Merchants board of directors is thrilled to add Mr. Kellogg to our board, which features an impressive group of business and civic leaders,” First Merchants Board Chairman Charles Schalliol said. “I believe our shareholders and customers will share our enthusiasm as we all look forward to benefitting from Clark’s energy, intelligence and well-established business acumen.”

As a broadcaster, he has called hundreds of NCAA Tournament games, including many Final Four and National Championship games, for both CBS Sports and Westwood One Radio. He also serves as a public speaker and a board member for his alma mater.

“First Merchants is truly fortunate to welcome a leader of Clark’s stature,” President and Chief Executive Officer Michael C. Rechin said. “As a member of our Columbus, Ohio Regional Advisory Board, we’ve seen firsthand the level of dedication Clark brings to everything he does. He will provide us with excellent guidance as First Merchants continues to build upon its recent success.”

Muncie-based First Merchants, which bought out Munster-based Citizens Financial Bank in 2013, is the seventh-largest bank in Lake, Porter, and Laporte with 5.71% market share and $811 million in deposits, according to the Federal Deposit Insurance Corp.

First Merchants Bank is moving ahead with a proposed $290.9 million acquisition of MBT Financial Corp., the parent company of Monroe Bank &…

Indiana ranks as the eighth best state nationwide and first in the Midwest to start a new business, according to a new study.

For a business that mostly takes place over the course of a few weeks, fireworks are kind of a big deal in the Region.

Indiana CEOs make 260 times as much as workers, according to union

Indiana ranks as the 24th best place in the nation to start a business, according to a newly released study.

Centier Bank remains at the top in Northwest Indiana in terms of market share, after first supplanting Chase Bank in 2017.The Federal Deposit …

First Merchants Bank, which has 18 branches across Northwest Indiana and south suburban Chicago, has declared a dividend of $0.26 per share.

First Merchants Bank profits fell 10.4% year over year in the third quarter, largely as the result of $11.2 million in one-time charges relate…

CBS Sports Analyst Clark Kellogg was named to the board of First Merchants Bank.