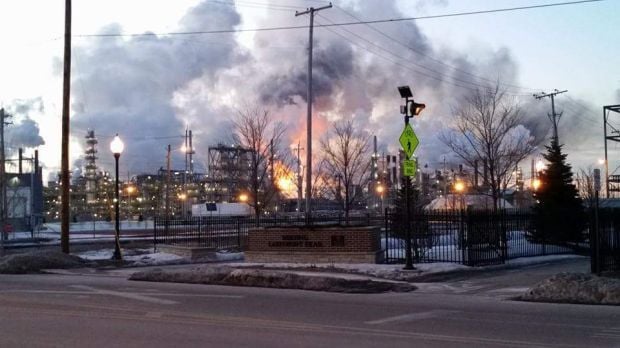 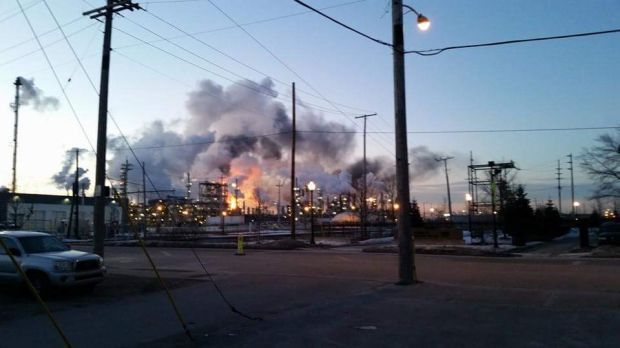 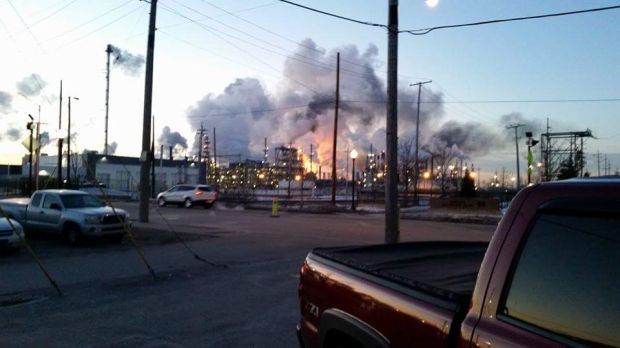 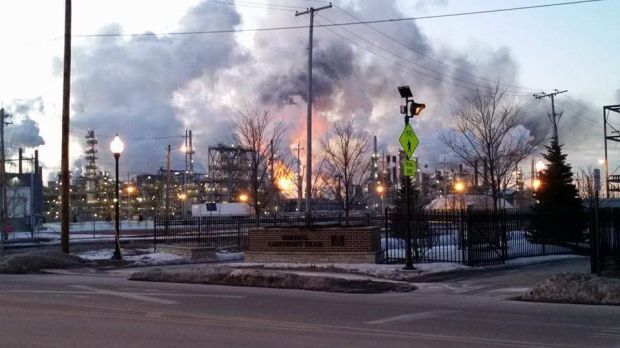 A possible sign of demonic possession? Reverend Billy and the Stop Shopping Gospel Choir, a theatrical activist group, will perform an "exorcism" Sunday of the BP Whiting Refinery.

WHITING | A massive flare-up lit up the sky at the BP Whiting Refinery early Monday morning.

Around 6:30 a.m., flames leaped and thick plumes of smoke rose over a production unit at the 126-year-old refinery, where nearly 1,100 union workers have been on strike for more than two weeks.

The flames shot up through the flare stacks as a result of a compressor problem, BP spokesman Scott Dean said.

No one was injured and production was restored, Dean said.

"The current and former BP employees who are running the plant responded to a compressor problem in a textbook manner," Dean said. "They've been trained to the same legally required and BP-mandated standards as regular workers. The team at Whiting handled the operation by-the-book — exactly like the striking operators would have."

Dean said he was told the flare-up lasted about eight minutes, while a striking worker on the picket line said it was around half an hour. The union worker said the incident calls into question how well trained the replacement workers are.

He said he was disturbed not to hear any evacuation alarms, which is policy during a unit upset.

More than 6,600 workers are striking nationwide over long hours, staffing levels they say encourage excessive overtime, the outsourcing of maintenance jobs to outside contractors, and safety concerns.

Union Local 7-1 also is concerned with a BP proposal to limit collective bargaining rights and that the company won't talk about bringing more full-time workers on after an explosion and spill into Lake Michigan last year, President Dave Danko has said.

BP and Shell, which represent oil companies in the national bargaining, both say the injury rates at refineries are lower those at other manufacturers and they should be able to determine staffing levels.

The United Steelworkers Union, which represents workers at more than 65 refineries nationwide, say management refused to consider any proposals that would reduce overtime and fatigue.

"Management refuses to entertain any discussion that impedes on what the companies insist are their sole and exclusive rights — without regard for consequences that can be deadly to employees and destructive to their operations," the USW said in its Oil Strike Newsletter. "Management in the oil industry is proving to be short-sighted and extremely arrogant to a dangerous fault as are we look to protect our bargaining unit work and integrity."

WHITING | The BP Whiting Refinery suffered its second major malfunction in three days after a strike entered its third week.

Neighbors fearful after another flare-up over BP Whiting Refinery

WHITING | A tower of flame rose over the BP Whiting Refinery again Thursday morning, in the the second flare-up and third incident in a week.

BP union workers have been on strike since Feb. 8.

Here's the 20 headlines that drew the most readers on nwi.com in 2015.

BP Products North America Inc. has agreed to a settlement to resolve alleged water and air violations at its Whiting petroleum refinery, which…

United Steelworker union members, who have been on strike in Whiting since Feb. 8, rallied outside the sprawling BP Whiting Refinery Thursday …

WHITING | Talks have resumed between the United Steelworkers and the oil companies, but the union said little progress has been made.

BP strikers out in force at BP refinery

A possible sign of demonic possession? Reverend Billy and the Stop Shopping Gospel Choir, a theatrical activist group, will perform an "exorcism" Sunday of the BP Whiting Refinery.