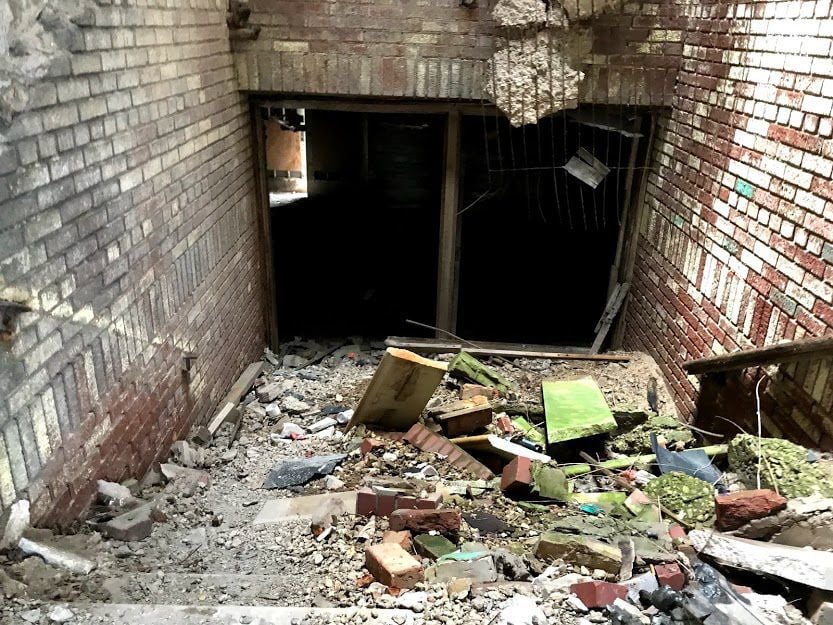 The interior of the long vacant Gary Schools Memorial Auditorium. 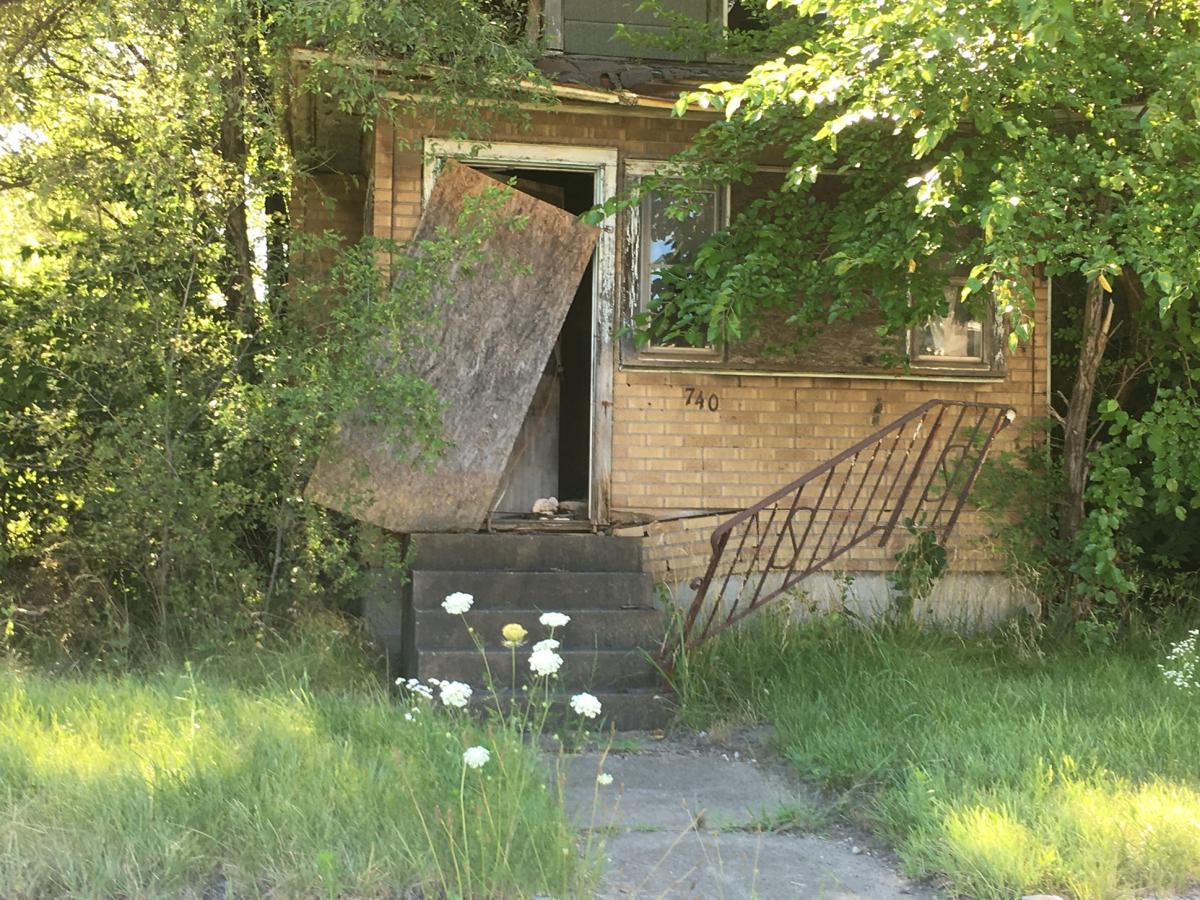 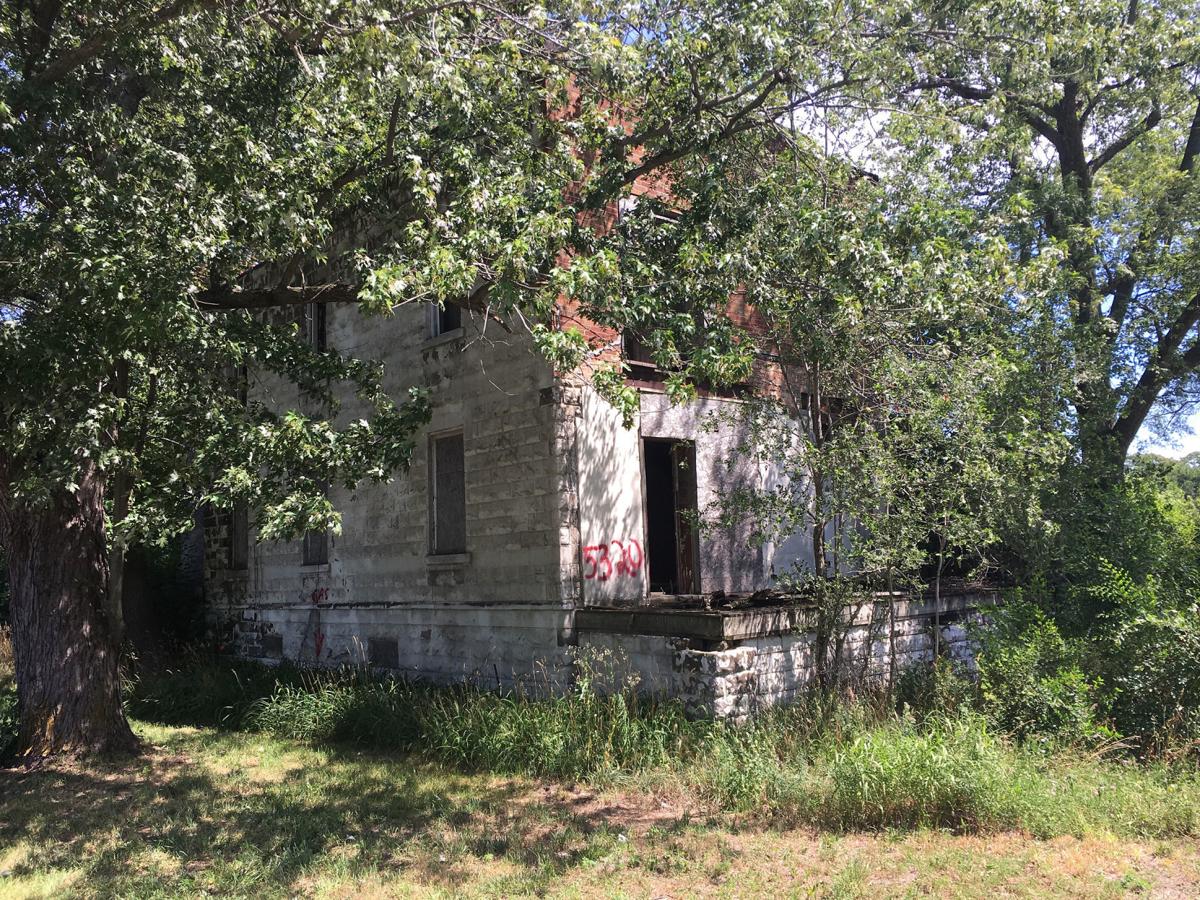 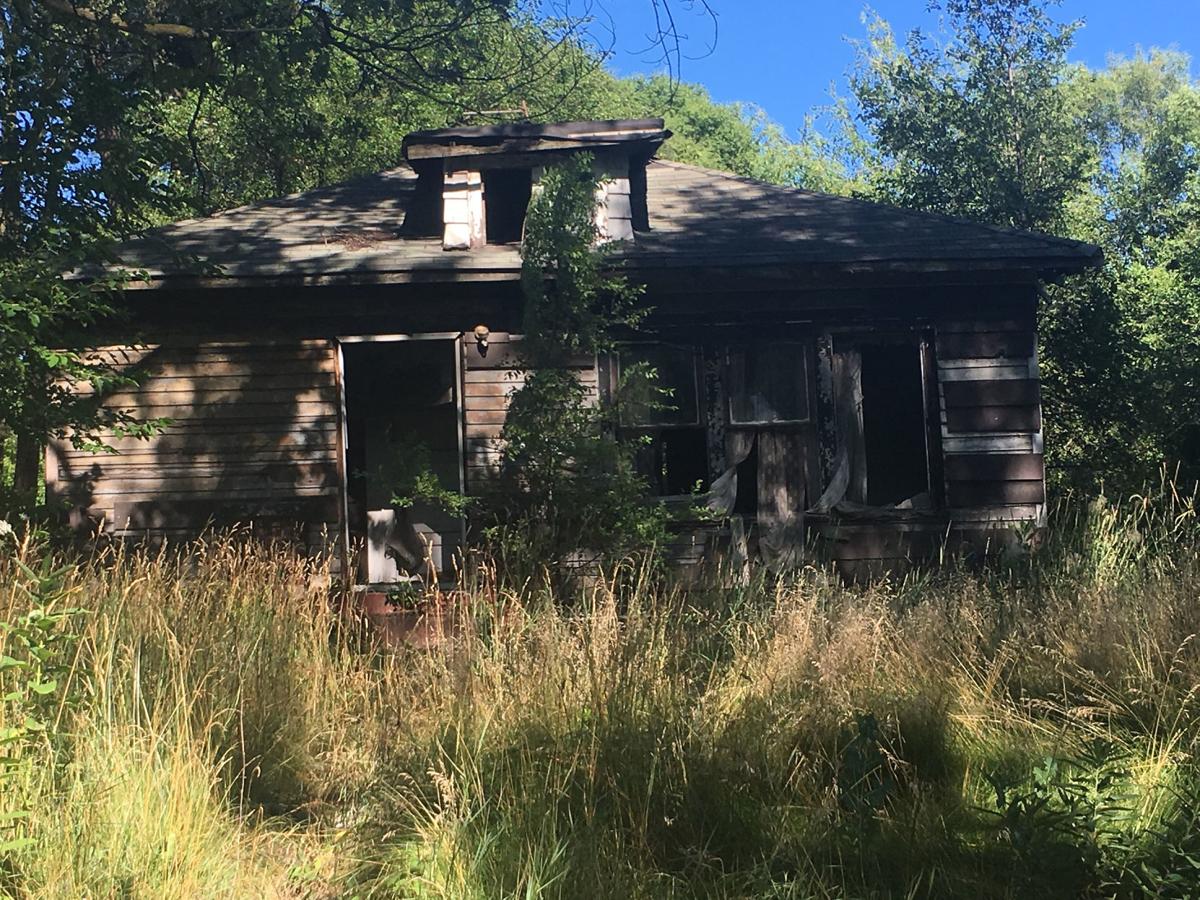 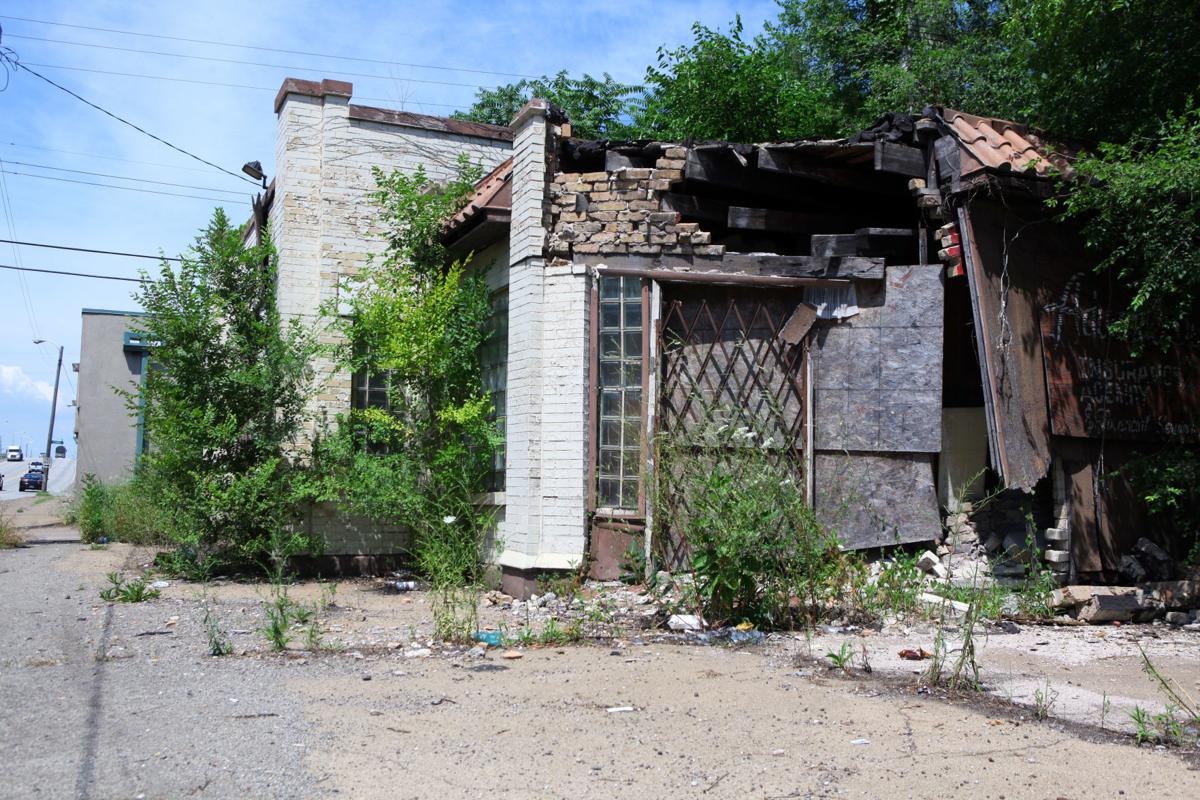 A vacant business is shown along 4th Avenue in Gary.

Gary was named the most miserable city in the country by Business Insider, which is the largest business news site on the internet in the United States.

"Gary has 75,000 residents but lost 6% from 2010 to 2018. Just over half of the population works, and 36% live in poverty. The most miserable city in the US was once a manufacturing mecca, but those days are over," James Pasley and Angela Wang wrote in their story, "The 50 most miserable cities in America."

Business Insider used U.S. Census data to identify what it calls the 50 most miserable cities in the United States. The New York City-based and German-owned international business news website examined the number of people working, median household incomes, the percentage of people without health care, the number of people living in poverty and median commuting time and population change, noting that "if people are leaving it's usually for a good reason."

Lake County Assessor and Democratic nominee for Gary Mayor Jerome Prince said he had not had a chance to review the report, but disputed the characterization.

"I happen to think it's a decent place to live and will do everything I can to make it better," he said. "I, and I imagine the majority of the population, would dispel that depiction in the story."

Prince said he planned to work diligently to revitalize the city when he takes office.

"The people who wrote the story might think they are using empirical data to offer some insight," he said. "But it doesn't look at the human side. There are many wonderful people and efforts to advance the city and propel it forward."

"Hammond has about 76,000 people, and its population fell by 6.2% from 2010 to 2018. Sixty-one percent of people are in the labor force, and 22% live in poverty," Pasley and Wang wrote. "A 2014 study found the city was one of the most industrial in the state and as a result had problems with air and water pollution. Lead contamination has been a particular concern for residents."

Gary's population has declined by 6.3% over the past eight years, according to U.S. Census data estimates that were weighted at 40% of the city's total score in the ranking. The Steel City's median income is $29,293 and 15.6% of its residents have no health insurance.

An estimated 35.8% of Gary residents are mired in poverty after decades of deindustrialization and disinvestment.

"When the jobs dried up, most white people left, and now 84% of people living in Gary are African-American," Pasley and Wang said. "The city is experimenting with plans to try to revitalize the area, including selling abandoned homes for $1."

John Allen, the restaurateur who owns Foody's and Nations Restaurant and Bar in Gary, said he believed the ranking was not so much because of crime and blight as it was of a failure to leverage economic opportunities in the city.

"There are economic opportunities whether manufacturing, restaurants or delivery services," he said. "DoorDash is doing great in Gary. Gary shouldn't even be on that list because of its proximity to everything: to natural assets and Chicago, which is a pool of potential income for our area and which is a short commute from Gary."

Gary Mayor Karen Freeman-Wilson said the ranking was one-sided and only emphasized the negative aspects of Gary and other communities across the country, but stressed she was "in no way attempting to ignore the challenges."

"We are keenly aware of the challenges reflected in the data used by the Business Insider," she said. "At the same time, the article or ranking does not reflect the reality of improved data. An example: the population decline has slowed over the last decade. The number and percentage of vacant and abandoned buildings has been reduced. However the glaring omission is that this minimizes the work underway to change these circumstances. Nothing is said about the thousands of jobs created over the past six years. Nothing is said about the infrastructure improvements. And I don’t see any interviews from citizens that would support this negative ranking."

"We have a new administration coming in," Washington said. "There's the current mayor and all the work she's done, and the people decided they wanted to switch gears and go in a new direction. I'm excited about a new mayor getting elected and guarantee you over the next couple of years that magazine's assessment will be proven wrong. This is an opportunity to prove this magazine wrong. We need to get busy with our new mayor and the rest of the city to bring Gary back.

"The ranking is more fire in the belly that came out at a perfect time. The people have the chance to show how great Gary can really be."

Some entrepreneurs describe a steep uphill climb in establishing retail businesses in Gary.

From her office in the former Gary State Bank tower that looms over downtown Gary, public arts administrator Lauren Pacheco has watched the ar…

Once a bustling retail mecca that’s suffered from decades of population decline and neglect, downtown Gary is filled with boarded-up storefron…

Gary held its first “Celebration of Entrepreneurs” at City Hall last week to tout its Gary Micro-Enterprise Initiative, which has provided tra…

U.S. Steel operates some of the oldest integrated steel mills in the United States, including the 113-year-old Gary Works on the Lake Michigan shore.

The best sandwich spot in Indiana is right here in the Region.

Wickedly Whiting will again bring ghosts, goblins, ghouls and others in Halloween costumes to 119th Street this weekend.

Calumet Area Industrial Commission luncheon to discuss 'Manufacturing 4.0 and Beyond'

Haven Allen, CEO and co-founder of the mHUB manufacturing product innovation center in Chicago, will talk about what's next for manufacturing …

Luciano Galvan, 23, was found guilty of raping a female acquaintance he gave a ride to after a house party in 2018.

A factory in LaPorte was named one of the 100 worst "super polluters" in the country by a new study.

Gary is entertaining offers for redevelopment on the historic but little used South Gleason Golf Course.

The Gary Police Department opened an investigation into a 13-minute YouTube video. "Obviously, we certainly can't tolerate this of behavior in the city," Mayor Jerome Prince said.

The interior of the long vacant Gary Schools Memorial Auditorium.

A vacant business is shown along 4th Avenue in Gary.