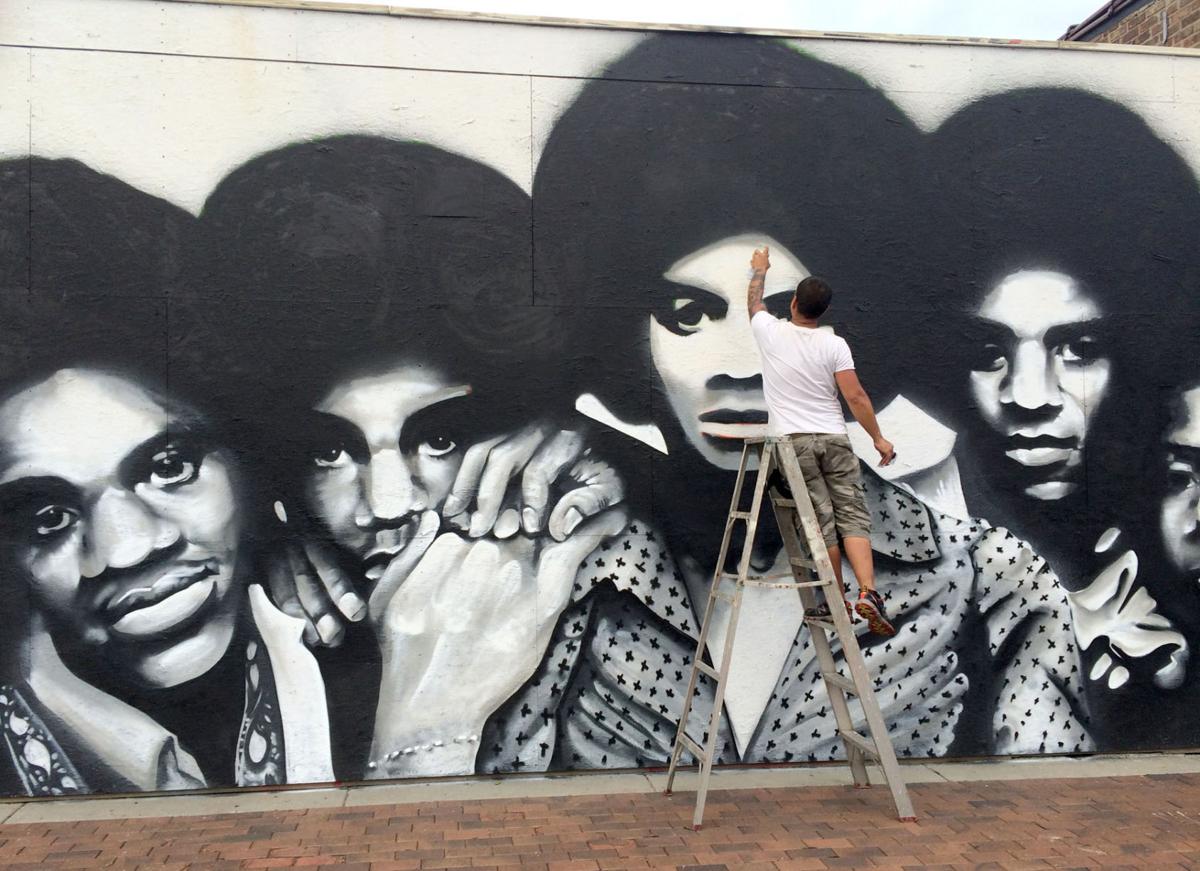 Artist Felix Maldonado, of Hammond, works on a mural of the Jackson 5 during the Lake Effekt 2015 Miller Beach graffiti art expo. The arts have been credited with drawing more businesses to the neighborhood. 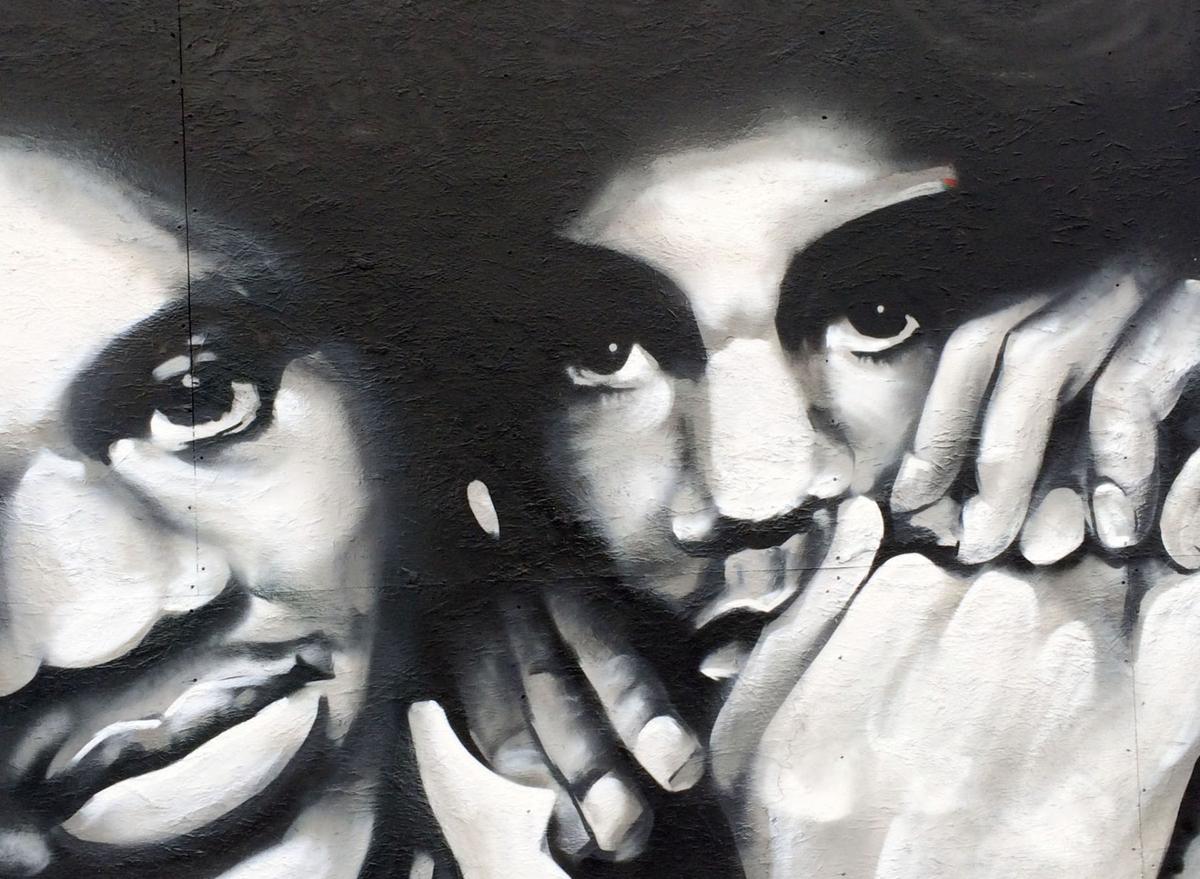 A detail from a mural by Artist Felix Maldonado, of Hammond, of the Jackson 5 painted last month during the Lake Effekt 2015 Miller Beach graffiti art expo. The arts have been credited with drawing more businesses to the neighborhood. 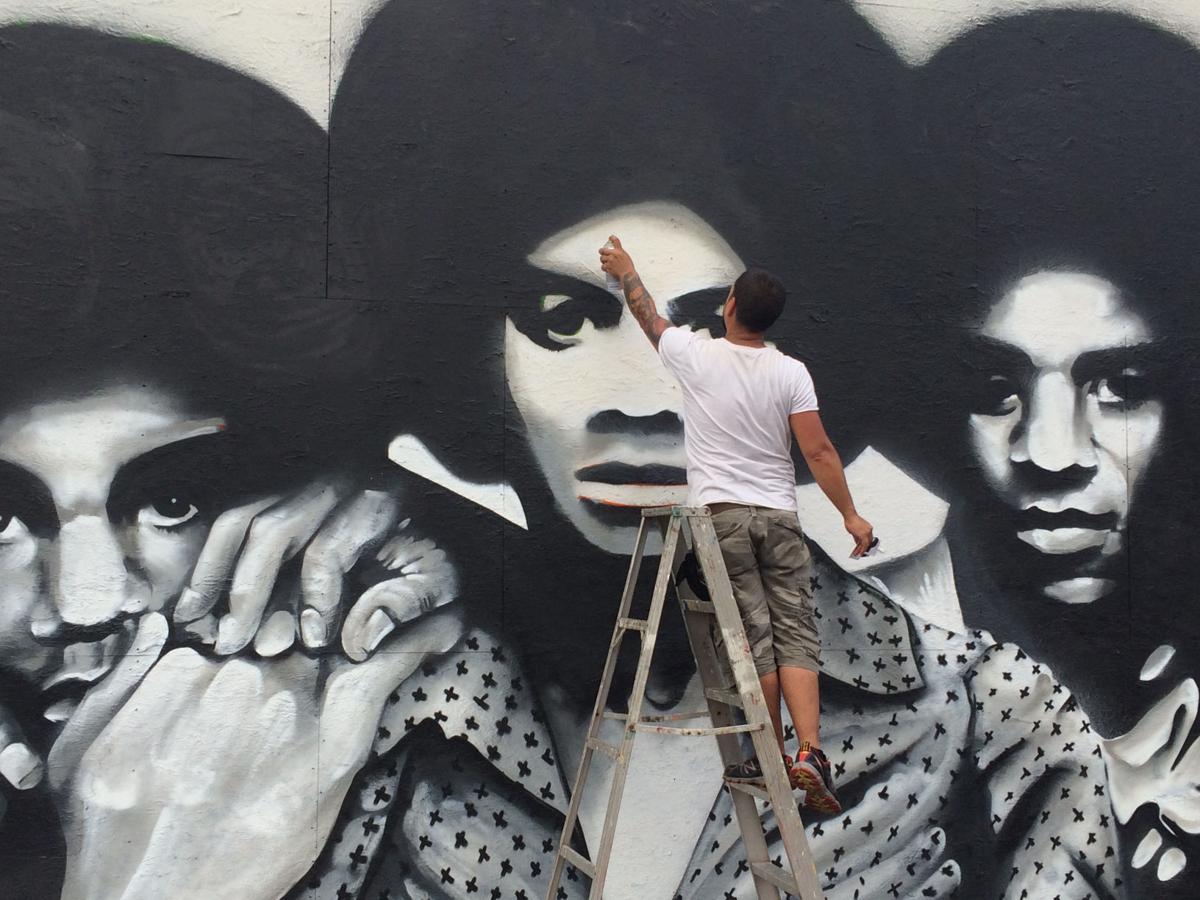 Artist Felix Maldonado, of Hammond, works on a mural of the Jackson 5 during the Lake Effekt 2015 Miller Beach graffiti art expo last month. The arts have been credited with drawing more businesses to the neighborhood.

GARY | Gary's Miller neighborhood never suffered the same degree of decline and blight as the rest of the city, quite possibly because of all that spectacular Lake Michigan beachfront.

The restaurant was a regional draw, a place you dressed up for on a date night. Chicagoans even came to dine there. The fine dining restaurant, known for its steaks, seafood and cocktails, was the pride of the free-spirited beachfront neighborhood on Gary's eastern end.

Concerned residents decided something had to be done. They scoured around for ideas for urban revitalization, and found the arts worked. So they formed the Miller Beach Arts and Creative District in 2011 to lure people in with gallery exhibits, murals and a popular farmers market every Sunday between May and September.

The closing of the Miller Bakery Cafe, which has since reopened under new management, galvanized efforts in Miller to spur more economic development, which have lured in 10 new businesses and brought vitality back to the main commercial drag on Lake Street.

"It was a big hole on Lake Street," said Miller Beach Arts and Creative District President Karren Lee, who's lived in the neighborhood since 1966. "It was becoming a ghost town."

Big changes have taken place since. The Miller Beach Arts and Creative District opened the 6,000-square-foot Marshall J. Gardner Center for the Arts gallery in an old pharmacy storefront, staged regular cultural events and commissioned bright murals throughout the neighborhood. The Northwest Indiana Regional Development Authority funded a $28 million preservation project at Marquette Park, where the lagoon was restored and a festival space was added. And 18th Street Brewery, which makes acclaimed craft beer that's sold as far away as Denmark, drew flocks of young people, including many from Chicago.

Momentum is ongoing. A Hyde Park restaurant has expressed interest in a location in the neighborhood, and a coffee shop may come soon, Lee said. People have started to use words like renaissance.

Hundreds of thousands of visitors are expected to visit the beachfront neighborhood this weekend, when the Gary Air Show returns after a two-year hiatus. Miller Beach Arts and Creative District Executive Director Meg Roman hopes visitors take the time to stop at restaurants and shops, check out the bright murals along Lake Street and pop in the gallery, where a new exhibit on saving the Dunes opens Friday.

"Ideally people would go to the beach during the Air Show, which is from 11 a.m. to 3 p.m., and stay in town and spend the evening on Lake Street," Roman said. "We hope people are going to stop and dine at all the restaurants. Miller Bakery Cafe, Miller Pizza Station, and the brewery should all do quite nicely."

The Miller Beach Arts and Creative District was created to bring such stores back to the neighborhood, so residents don't have to visit neighboring towns to do all their shopping, Roman said.

Volunteers initially ran the Miller Beach Arts and Creative District until it got so big it had to hire Roman, who grew up in the neighborhood, to oversee it last year. The group drew in out-of-towners by staging pop-up galleries and a wide range of events at the Marshall J. Gardner Center for the Arts, including documentary screenings, a blues concert and Tibetan monks, who will return to create another sand mandala this year. They have First Fridays where all the galleries and stores stay open later, so there's more of a lively scene on the street. A newly formed Nelson Algren Society plans to celebrate the life and work of the National Book Award-winning author, who owned a beach cottage in the neighborhood.

"There's been a significant increase in new people coming to the community and people who moved away rediscovering Miller," Roman said.

Despite uncooperative weather, more than 1,000 people turned out to the recent Lake Effekt graffiti expo. The Jackson 5 mural artist Felix Maldonado painted next to the Miller Bakery Cafe on Lake Street during the event has since been a huge draw.

"Every day people are taking pictures of it," Roman said. "It's created quite a buzz."

Graduate students from the Art Institute of Chicago, the Illinois Institute of Technology and the University of Illinois-Chicago have all recently visited Miller to study historic restoration, urban planning and architecture. Artists from Chicago have dropped by, including to film a video.

Community leaders are optimistic momentum will continue in Miller. A $20,000 Knight Cities Challenge grant is being used to survey residents for revitalization ideas. The city of Gary hopes to redevelop the South Shore Line station in a way that would encourage more development.

More and more people are seeing that Miller is becoming a vibrant place again, Lee said.

"There's all the restaurants and the public art from the graffiti artists," she said. "They're doing fashion shoots in front of the artwork, and taking pictures of the Michael Jackson mural every day. The beach is a big draw with one of the best views of Chicago. The park has bike paths. There are plenty of physical activities and cultural things in the neighborhood. There's shopping. It's becoming well-rounded."

Note: Shuttle buses will take people from the off-site parking lots to the show viewing area on the Marquette Park beach.

Where: Marquette Park in Gary

For a complete list of allowed and prohibited items, parking lots, air acts and more go online to http://gary-airshow.com/

GARY | In conducting a Community Health Needs Assessment, Methodist Hospitals identified one of the issues as the lack of fresh fruit and vege…

GARY | News about 18th Street Brewery's Hammond expansion stoked fears about its future in Gary's Miller neighborhood, but the popular craft b…

National Book Award winner Nelson Algren, the champion of the downtrodden and one of the best-known literary writers in America, came into som…

GARY — Miller is going to throw a big party this month to honor Nelson Algren, the National Book Award-winning author who had a beach house in…

For a few days in September every year, Navy Pier feels like the hip center of the international art world.

For the past four years, the hip boutique Indie Indie Bang Bang in Gary's Miller neighborhood has been a place where shoppers could grab decor…

Gregg Hertzlieb, the director and curator of the Brauer Museum of Art at Valparaiso University, will display his own art in the new "Time Ghos…

Gawking passersby have stopped to pop in the Marshall J. Gardner Center for the Arts this week, where Tibetan Buddist Monks have been creating…

Map: Things to do in Miller

It's time once again for the Gary Air Show! Here are some of the things you need to know.

The Gary Air Show at Marquette Park is truly the greatest venue for this spectacular display of military and stunt air power.

GARY | Miller Beach Arts & Creative District and Save the Dunes will present Saving the Dunes: Artists’ Paths, an exhibition of prints, pa…

Miller Beach to bring art to the streets

GARY | The Miller Beach neighborhood is having a giant art party this weekend, and everyone's invited.

HGTV star Alison Victoria will make an appearance at the NWI Home & Remodeling Expo in March.

Royal Excursion will temporarily suspend its Royal Zoom shuttle bus service to Chicago's airports Sunday, little more than a week after it was launched.

Artist Felix Maldonado, of Hammond, works on a mural of the Jackson 5 during the Lake Effekt 2015 Miller Beach graffiti art expo. The arts have been credited with drawing more businesses to the neighborhood.

A detail from a mural by Artist Felix Maldonado, of Hammond, of the Jackson 5 painted last month during the Lake Effekt 2015 Miller Beach graffiti art expo. The arts have been credited with drawing more businesses to the neighborhood.

Artist Felix Maldonado, of Hammond, works on a mural of the Jackson 5 during the Lake Effekt 2015 Miller Beach graffiti art expo last month. The arts have been credited with drawing more businesses to the neighborhood.