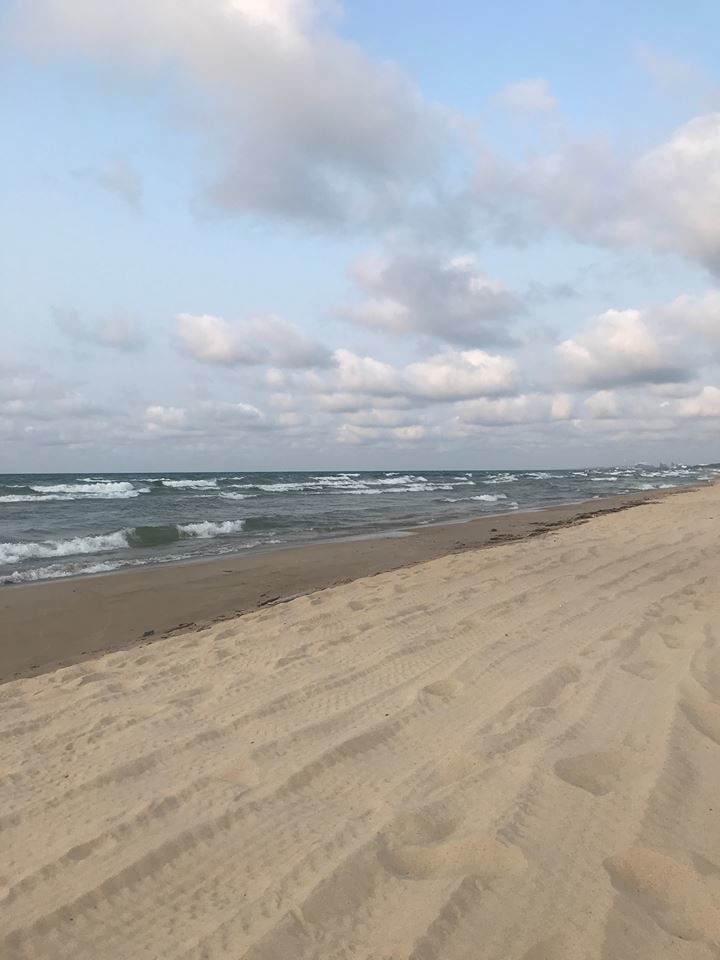 Lake Street Beach in Gary. The city is seeking a private developer to redevelop land south of the beach. 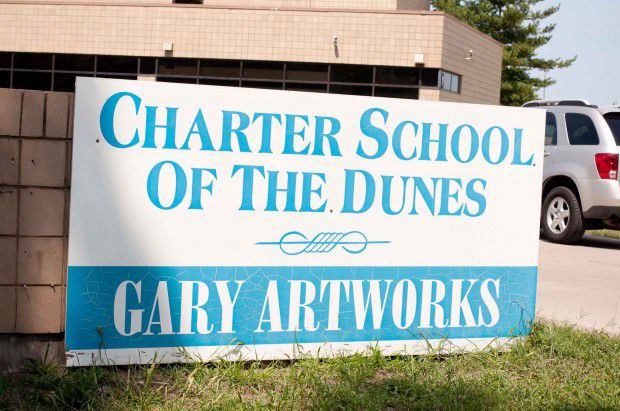 Gary wants to bring in a developer to redevelop the former Naval Armory on Lake Michigan, which was most recently home to the Charter School of the Dunes before it moved to a new building on Melton Road.

GARY — The city is looking to bring in a private developer to redevelop land south of Lake Street Beach on Lake Michigan, at the end of Lake Street in the Miller neighborhood.

City officials envision a hotel, lakefront dining or retail on a 24-acre site south of the beachfront and west of Lake Street, in the hope of capitalizing more on Lake Street Beach and the tourism to the nearby Indiana Dunes National Park. The area targeted for redevelopment includes the former Naval Armory, which was most recently home to Charter School for the Dunes before the school moved to its current location on Melton Road, and the city-owned parking lots many beach visitors use, since parking often fills up at the neighboring Marquette Park.

The beach itself would remain undisturbed and open to the public.

In 2017, Gary reached a deal with Cleveland-based Meridian Hospitality Corp. to serve as master developer of a 90-acre city-owned parcel south of Lake Street Beach just west of Marquette Park. There were plans to develop a restaurant, cafe, boutique hotel and, potentially, attractions like a winter ice rink and Ferris wheel.

But both Gary and Meridian Hospitality Corp. recently decided to opt out of the agreement after the proposed redevelopment never got off the ground, Van Dyk said.

"The city's control of the site hampered their ability to develop the property," he said.

"Last fall we began an environmental study looking at the condition of the land, the biodiversity and the wetlands," Van Dyk said. "We determined it should remain a park in perpetuity. It's an area of natural beauty and ecological heritage."

But Gary would like to see more activity at the end of Lake Street in the Miller Beach neighborhood.

"We are putting out a request for proposals looking for a unique attraction that capitalizes off the Indiana Dunes National Park and the beach as a tourist attraction," Van Dyk said. "What goes there should draw more people. It's a unique opportunity — the first lakefront site east of Chicago and near the entrance of a national park. Indiana Dunes is the only national park within a 260-mile radius. With all the other assets in the Miller area, it really positions that site to capitalize off of the natural beauty of the lakefront, which is one of Gary's best characteristics and a draw to the area."

Gary is open to any proposals from developers, but does not want any residential housing, and wants to ensure public access to whatever goes in.

"It is the city's intention to maintain the dunes," Van Dyk said. "We've gotten feedback from the community that they would like to see ecotourism, accessibility, universal design standards and unfettered access to the lakefront and use of the boat launch."

The proposal was well-received by Miller residents at a public meeting at the Marshal J. Gardner Art Center Thursday.

"Everybody's happy," Rogge said. "This answers everything. The part that's natural will remain natural forever and the disturbed land that's now a mess is going to be redeveloped."

Miller resident Sue Rutsen said something has long been needed at the end of Lake Street to draw more people.

"It feels like Mercury has long been in retrograde in Gary, but the skies have parted and we are thrilled," she said. "That land is ruined or parking, and there's something to be really excited about for once."

Gary is seeking public comment on what should go into its RFP, which it hopes to put out to developers nationwide this summer.

To see a draft of the RFP, visit garyin.us/redevelopment.

Don't be alarmed if you see smoke off in the distance, because the National Park Service plans to burn around 37 acres of Indiana Dunes Nation…

Scope out the Big Dipper and the Orion nebula in a stargazing event at the Indiana Dunes National Park this Saturday.

The Indiana Dunes National Park and Indiana Landmarks are planning an architecture tour of 13 landmarks, including homes that are not typicall…

Lake Street, the main commercial corridor in Gary's Miller neighborhood, will undergo two more seasons of construction that merchants will hav…

Carmella Saraceno to exhibit her art at Miller gallery

Artist and serial businesswoman Carmella Saraceno will display her art the upcoming "Evidence of Time Spent" exhibit at the Marshall J. Gardne…

Admission to all National Parks free on Saturday

National Parks are free across the country Saturday, including the Indiana Dunes National Park in Porter County.

Gary hopes to bring a tourist attraction to the Lake Michigan lakeshore in the Miller neighborhood: something like a resort, hotel, wedding ve…

GARY — Three companies have been selected as master developers for different sections of the city, although there is no timeline yet on when a…

GARY — From a hotel by Lake Michigan to luxury housing near Indiana University Northwest campus on Broadway, several developers have drafted i…

Nelson Algren biographer to reveal what FBI had on famous author

The Nelson Algren Museum in Gary's Miller neighborhood is offering tours and planning an event with Algren biographer Colin Asher, who's turne…

Photographer Julie Schwarz will showcase her smushed Polaroid collages at the Marshall J. Gardner Center for the Arts.

When Rhonda Bloch opened the funky, eclectic Sip Coffee House on the old courthouse square in downtown Crown Point in 2012, coffee was the hip…

Marshall Gardner Center for the Arts to host group show

Lake Street Beach in Gary. The city is seeking a private developer to redevelop land south of the beach.

Gary wants to bring in a developer to redevelop the former Naval Armory on Lake Michigan, which was most recently home to the Charter School of the Dunes before it moved to a new building on Melton Road.