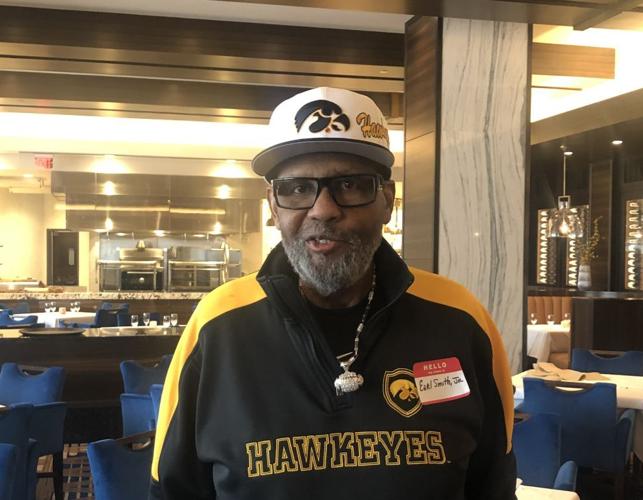 University of Iowa football legend Earl Smith Jr. is one of the organizers of the Gary Sports Hall of Fame. 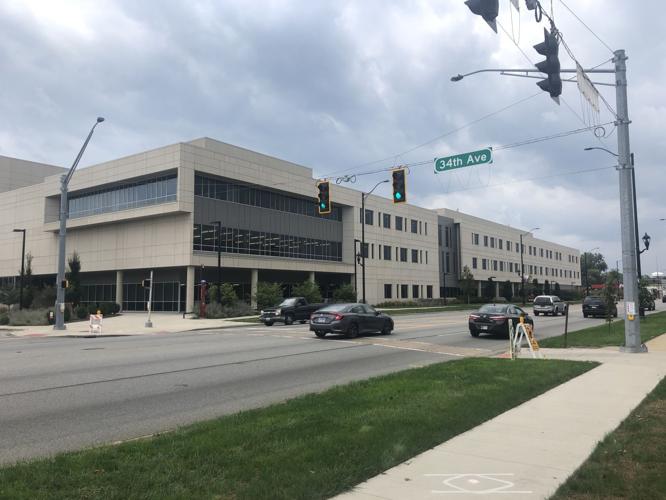 The Gary Sports Hall of Fame will come to the first floor of IUN's new Arts and Sciences Building.

University of Iowa football legend Earl Smith Jr., Gary Chamber of Commerce President Chuck Hughes and other board members reached an agreement with Indiana University to locate the Gary Sports Hall of Fame in the new Arts and Sciences Building on Broadway. It will be on the first floor of the prominently located and heavily trafficked academic building, where IUN and Ivy Tech share space.

"It's a hall of fame for athletes and coaches," Hughes said.

Smith, a prep star in football, basketball and track and field at Gary Roosevelt who went on to lead the Big Ten with 11 touchdowns and 66 points in 1954 at the University of Iowa, has been working on the project for about seven years.

"This is something that's been earmarked for Gary," he said. "We just needed a location. This is a great spot for it."

"We've made some great progress," Smith said. "We're going to embark on the first class of 10 inductees. We're going to get nominations from current board members generated by the fans."

The Gary Sports Hall of Fame will honor athletes, coaches, trainers and anyone from Gary who made a big impact athletically. Smith said athletes from the pros to the prep level will be honored. New classes will be enshrined annually.

"We'll highlight each individual with a plaque," he said. "There are so many great athletes that came from Gary, including Olympians and Hall of Famers. The kids don't know anything about it. We see this as being eye-opening and creating more knowledge and understanding about athletic achievement in the city of Gary."

Smith himself has been inducted into three different athletic halls of fame and said it's a great honor for any athlete. Now 87 years old, Smith would like to see other athletes have the same opportunity for recognition for athletic prowess and their careers on the court or field.

"I was blessed with talent and thank the University of Iowa and the Good Lord," he said. "It's a great accolade to have."

An announcement with more details will be made at a press conference, likely in the next few weeks, Smith said.

A staple is the saganaki, an appetizer of flaming Greek cheese that's fried and then doused in brandy at the table where it's dramatically flambéed in a tower of dancing flame and a cry of opa!

Southlake Mall anchor stores 'may be vacant for a while'

"Unless the mall gets some very unique users or investors, things are only going to get worse."

There's something magical that will remind you of childhood about enjoying lunch out in the sun and fresh air in such a leisurely environment while an afternoon of surf and sand awaits.

SSCVA board concerned with ballooning cost of CEO's compensation

Longtime President and CEO Speros Batistatos's compensation has grown to more than $330,000 a year.

Police arrested a 16-year-old student whose social media threat caused Morton High School and Scott Middle School to be locked down on Thursday.

Crossroads Regional Chamber to host Evening of Thanks gala

The Crossroads Chamber of Commerce will host its annual Evening of Thanks gala later this momth.

The only art exhibition one can play through is coming to IUN in Gary.

The Indiana Supreme Court is allowing for the first time cameras in the Hoosier State's courts, including a courtroom in Lake County.

"You need to keep your mind occupied. I recommend people get involved in something even if it's superficial or minor. It helps you stay alert. It helps to do something intellectual."

University of Iowa football legend Earl Smith Jr. is one of the organizers of the Gary Sports Hall of Fame.

The Gary Sports Hall of Fame will come to the first floor of IUN's new Arts and Sciences Building.