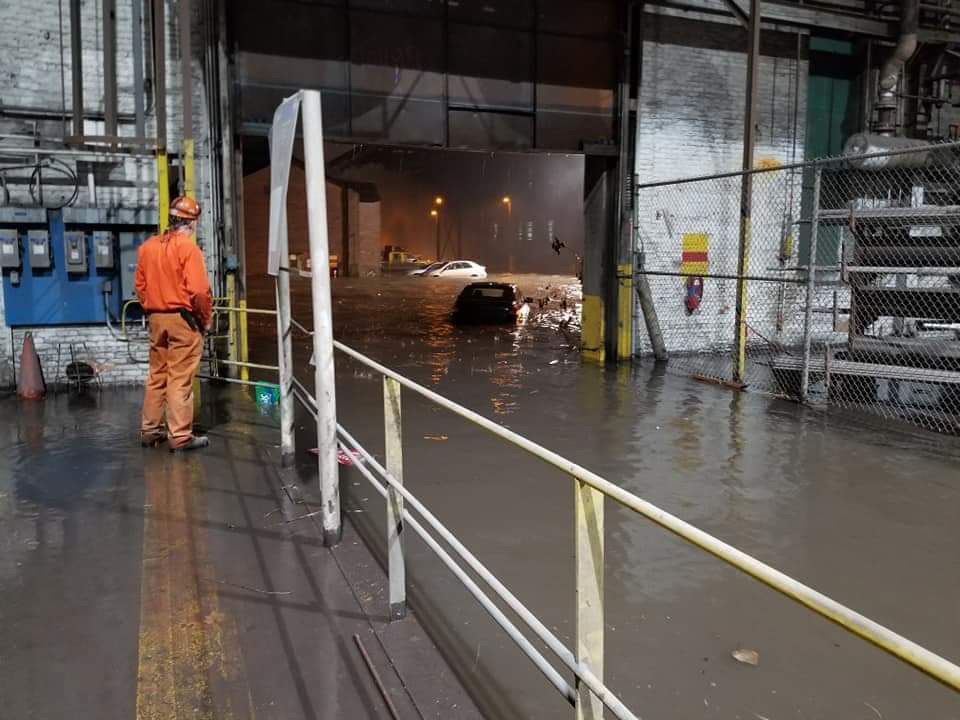 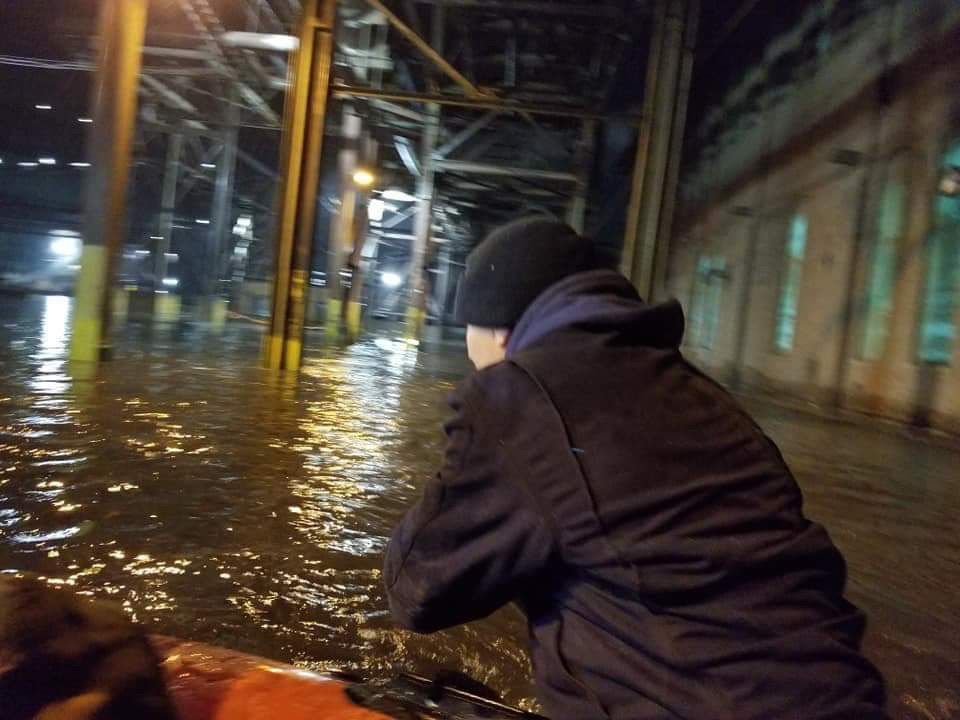 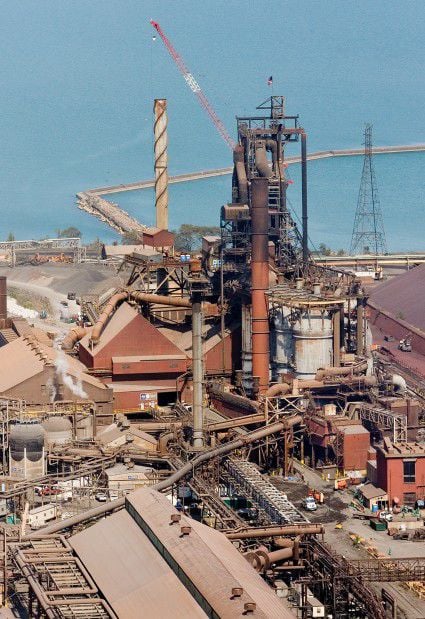 The Gary Works steel mill was partly flooded after a water pipe break, resulting in blast furnaces being taken offline for safety reasons. 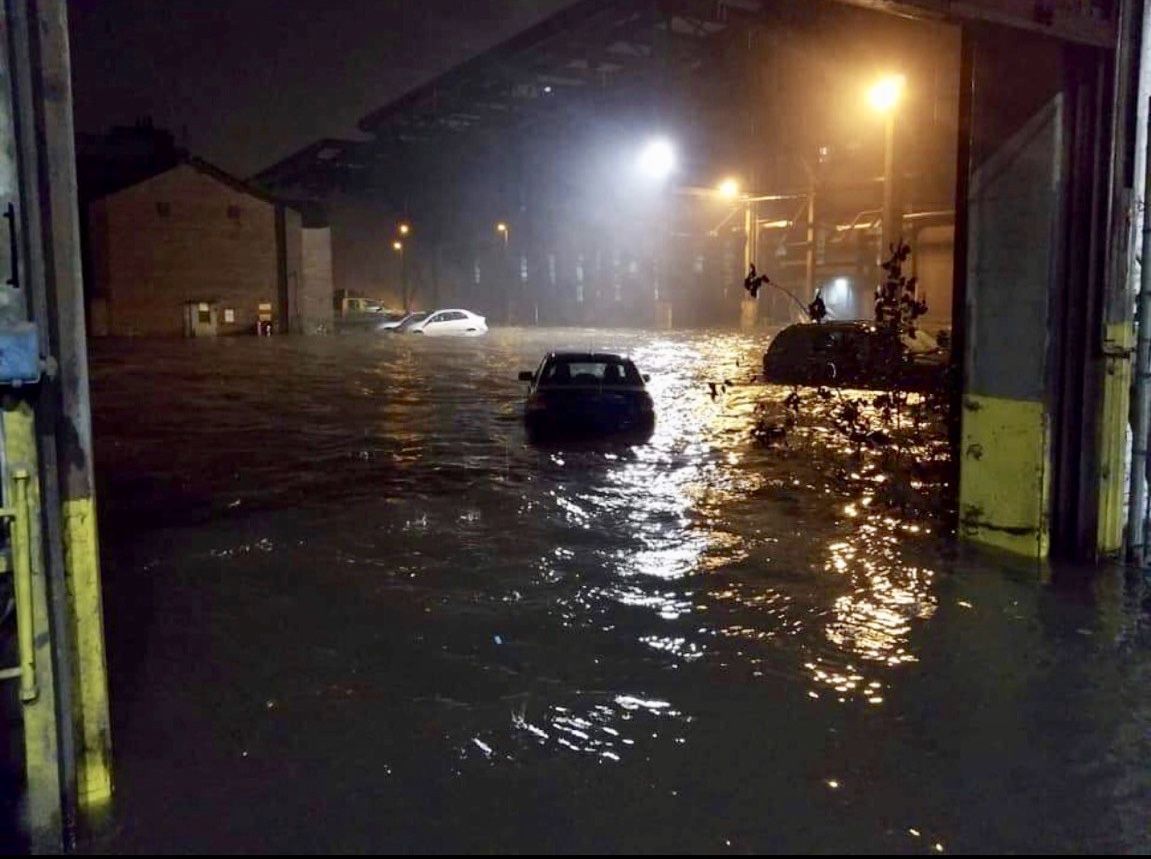 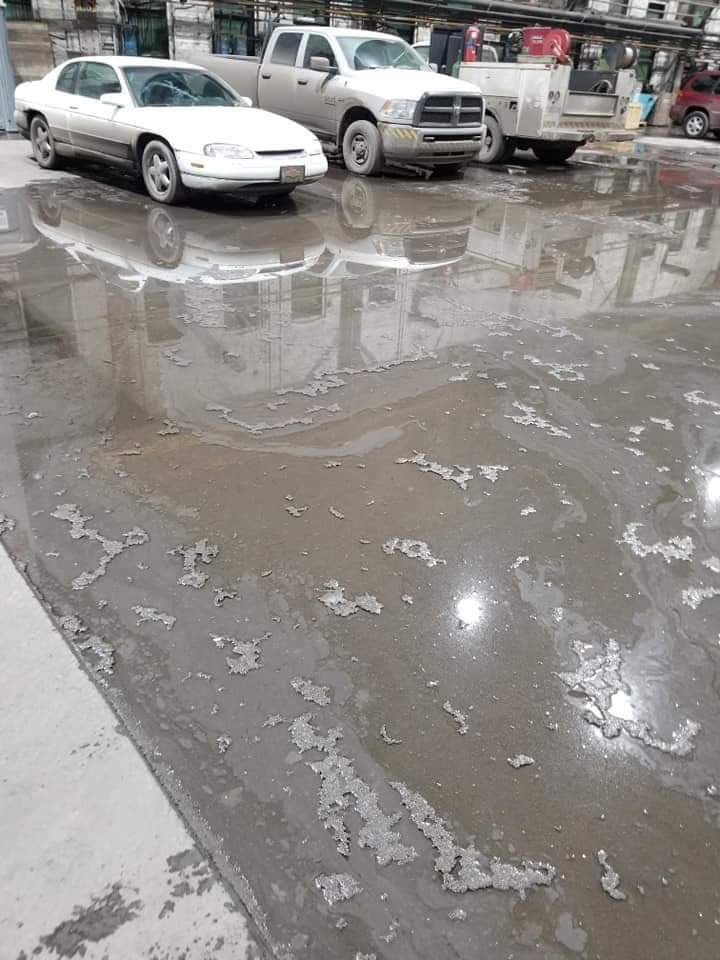 The pipe, much larger than a standard utility pipe, is used by the steel mill on Lake Michigan to bring in lake water to cool its furnaces and other steel-making equipment, Millsap said.

U.S. Steel was forced to shut down blast furnaces as a safety precaution, he said.

"If you put water on hot metal, you've got explosions," Millsap said.

U.S. Steel spokeswoman Amanda Malkowski said the steelmaker is trying to correct the situation, which may have resulted in a discharge into Lake Michigan.

"We have reported a service water leak that caused flooding at our Gary Works facility near our blast furnace operations. Our blast furnaces remain shut down as the issue is investigated," Malkowski said. "We have observed discoloration at the outfall. We are working with IDEM and have notified other appropriate agencies, as well as downstream users. Additional sampling is ongoing. We are working to resolve this issue, with safety and environmental performance as our top priority."

Millsap said it was the only flooding-related problem at a steel mill he had ever heard of since he first started working with U.S. Steel in 2000.

Steelworkers have been working to assess the extent of the damage and ascertain what repairs are needed. Millsap said it was not immediately clear how long steel-making operations would be disrupted at the massive plant, which is U.S. Steel's largest steel mill and the biggest integrated steel mill in the United States.

"They're analyzing what they've got and what the impact is on the steel-making side," Millsap said. "It's not known how long that's going to take or how bad it is."

Millsap said he heard that the flooding was so bad some employees' cars were filled with water.

The hulking integrated steel mill at 1 N. Broadway stretches across seven miles of lakeshore along Lake Michigan in Gary. U.S. Steel's flagship mill, which opened in 1906, has a steel-making capability of 7.5 million net tons a year, as well as finishing facilities. It produces hot-rolled, cold-rolled and galvanized sheet steel products for automakers, appliance manufacturers and both residential and commercial construction.

It's also home to a tin mill that makes tin products for cans of food, aerosol cans, paint cans and related products.

U.S. Steel has laid off an undisclosed number of non-union workers nationwide, including at Gary Works and the Midwest Plant in Portage.

ArcelorMittal to idle Blast Furnace No. 3 at Indiana Harbor West in East Chicago

U.S Steel plans to slash capital investment next year as it responds to tough market conditions in the steel industry.

U.S. Steel's stock price plummeted by 9% after the flooding at Gary Works Wednesday.

The Cleveland-Cliffs/AK Steel deal is expected to close in the first half of next year.

A maintenance technician had to be taken to the hospital after he was hurt on the job at Gary Works.

All four blast furnaces are back at U.S. Steel's flagship mill in Gary.

The Gary Works steel mill was partly flooded after a water pipe break, resulting in blast furnaces being taken offline for safety reasons.