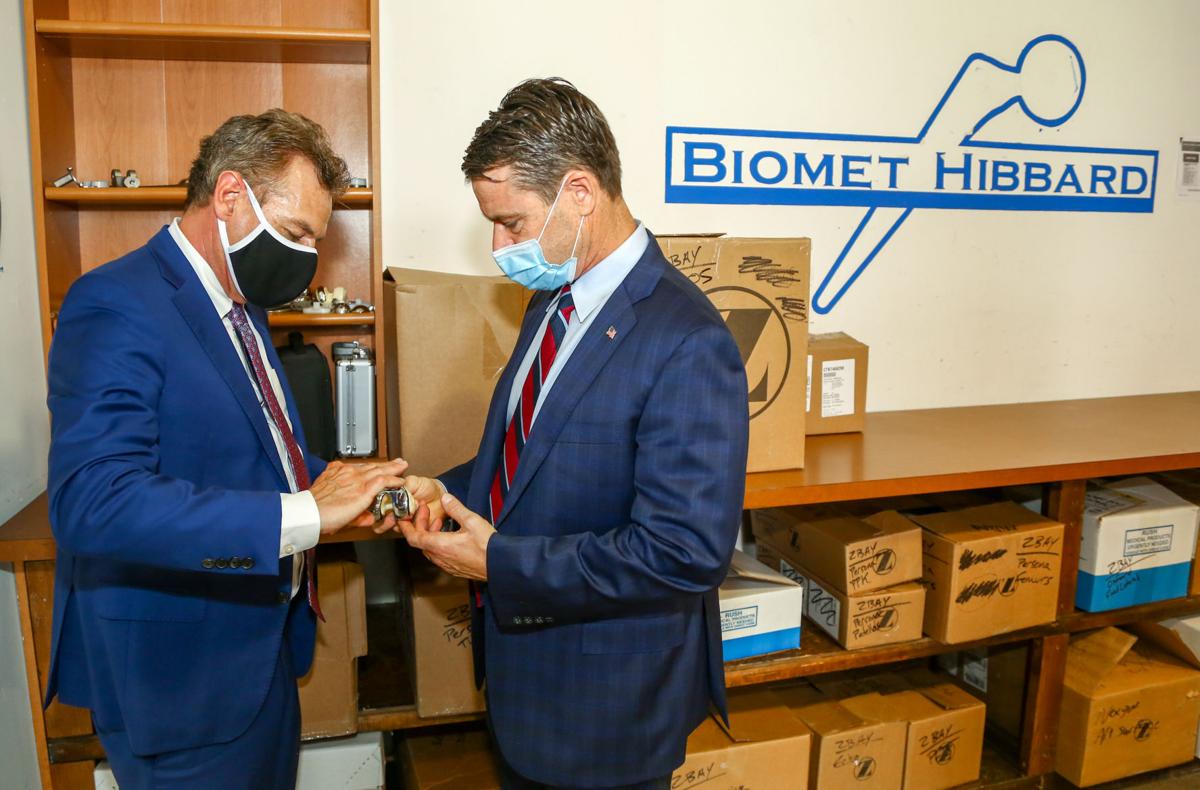 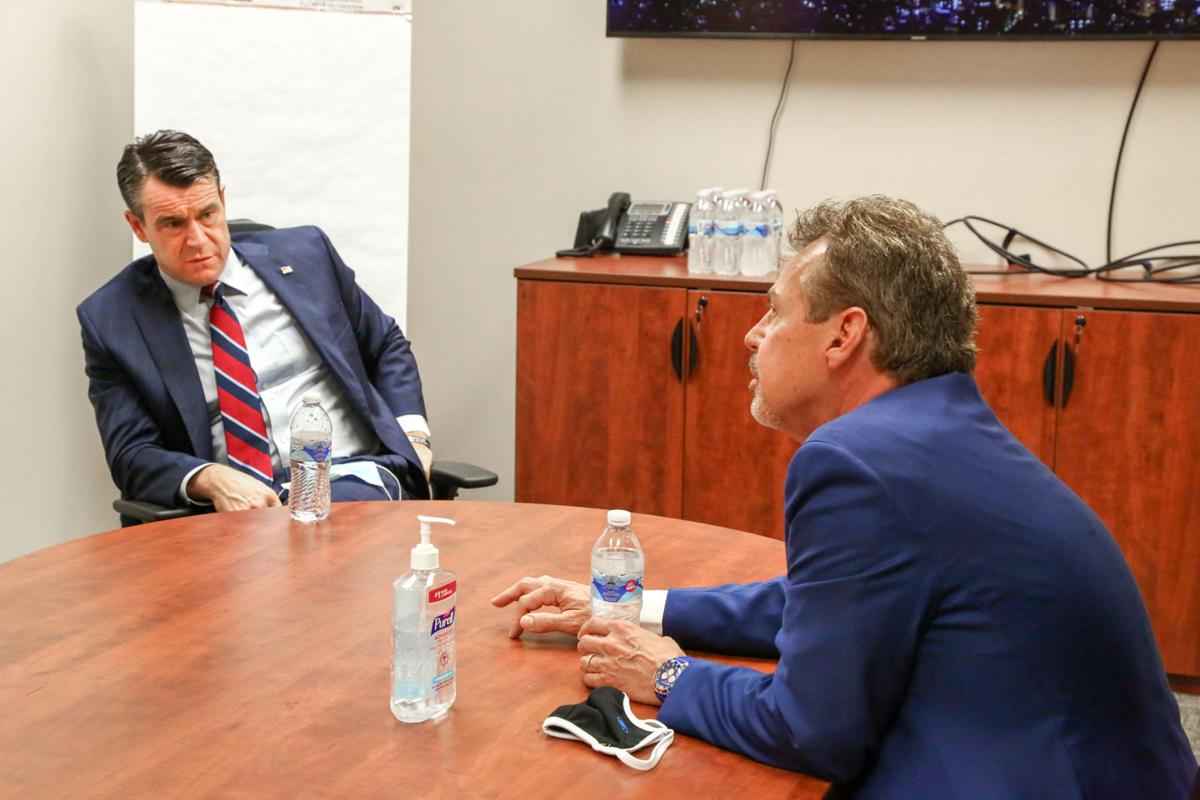 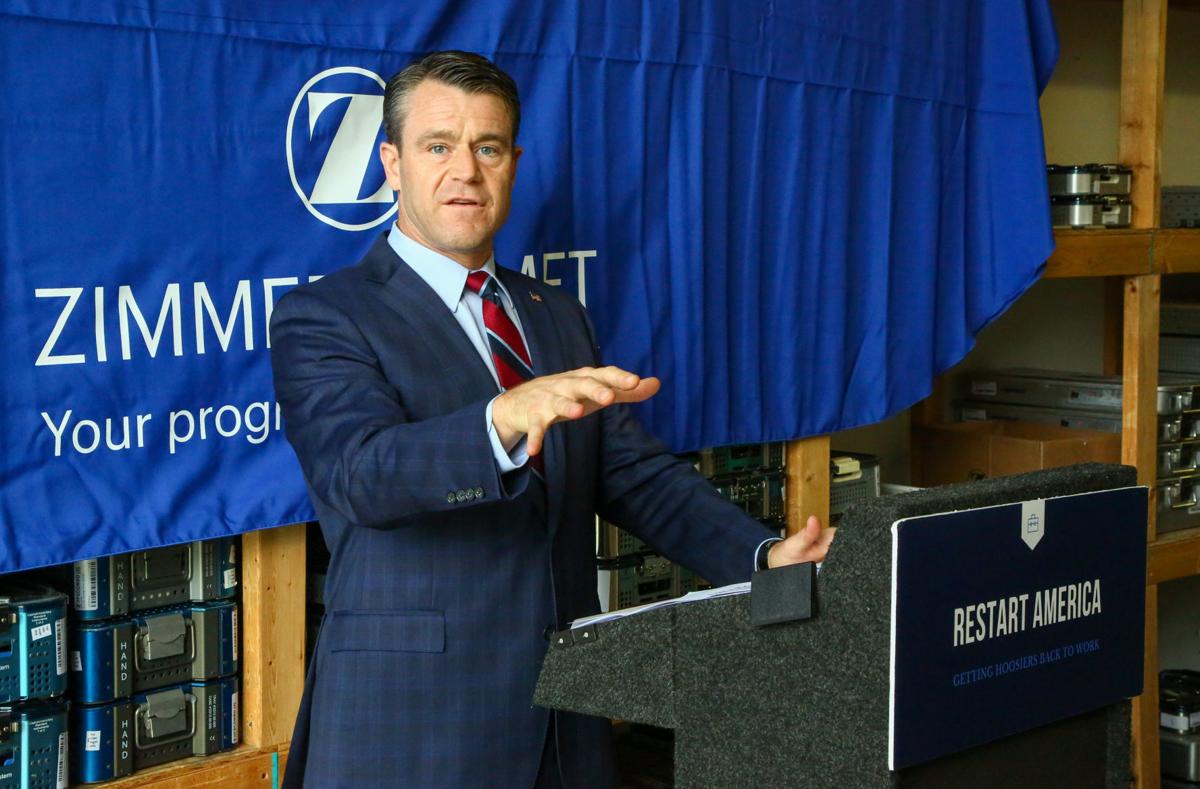 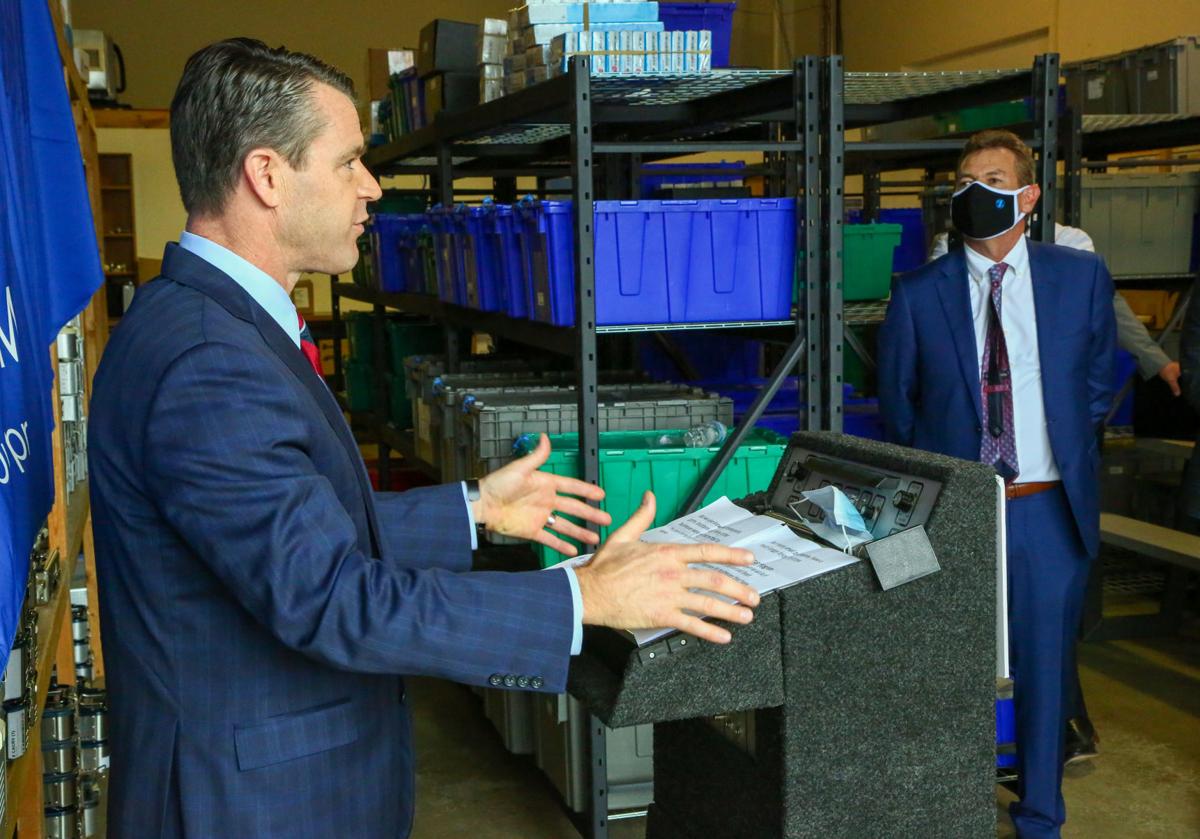 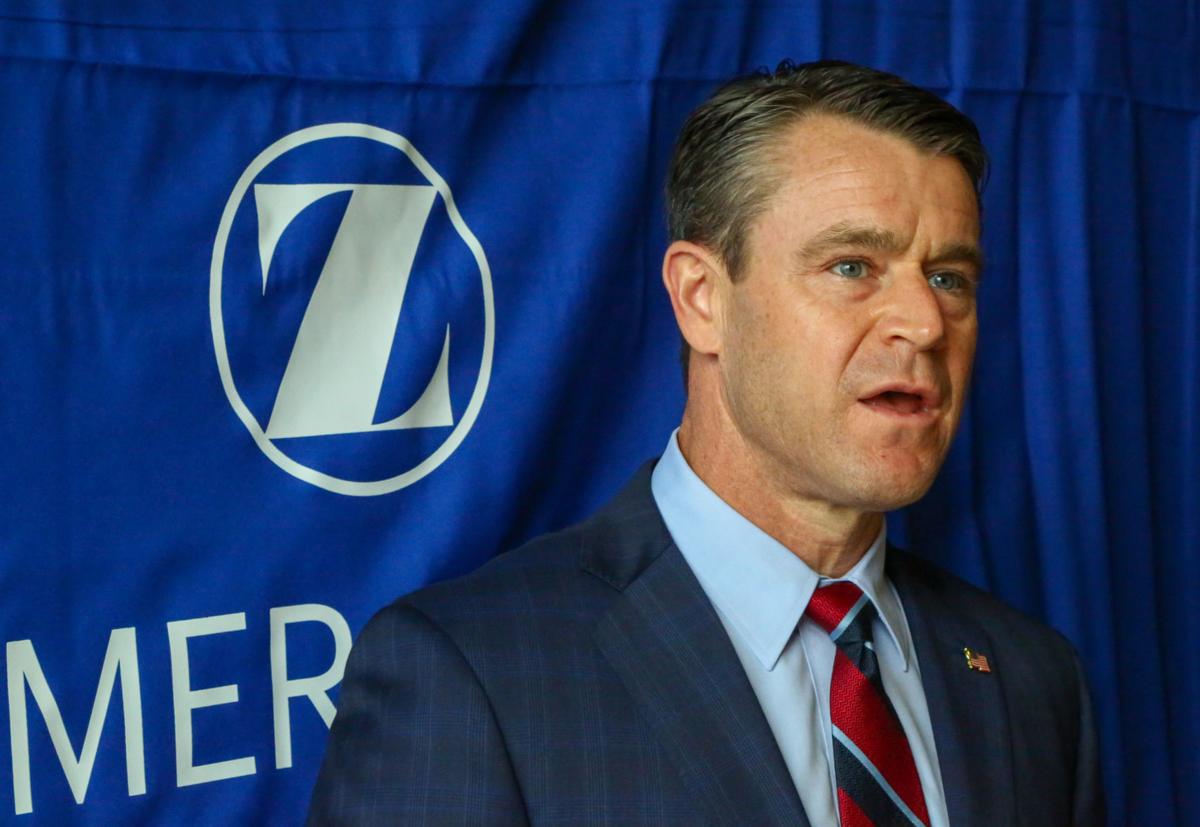 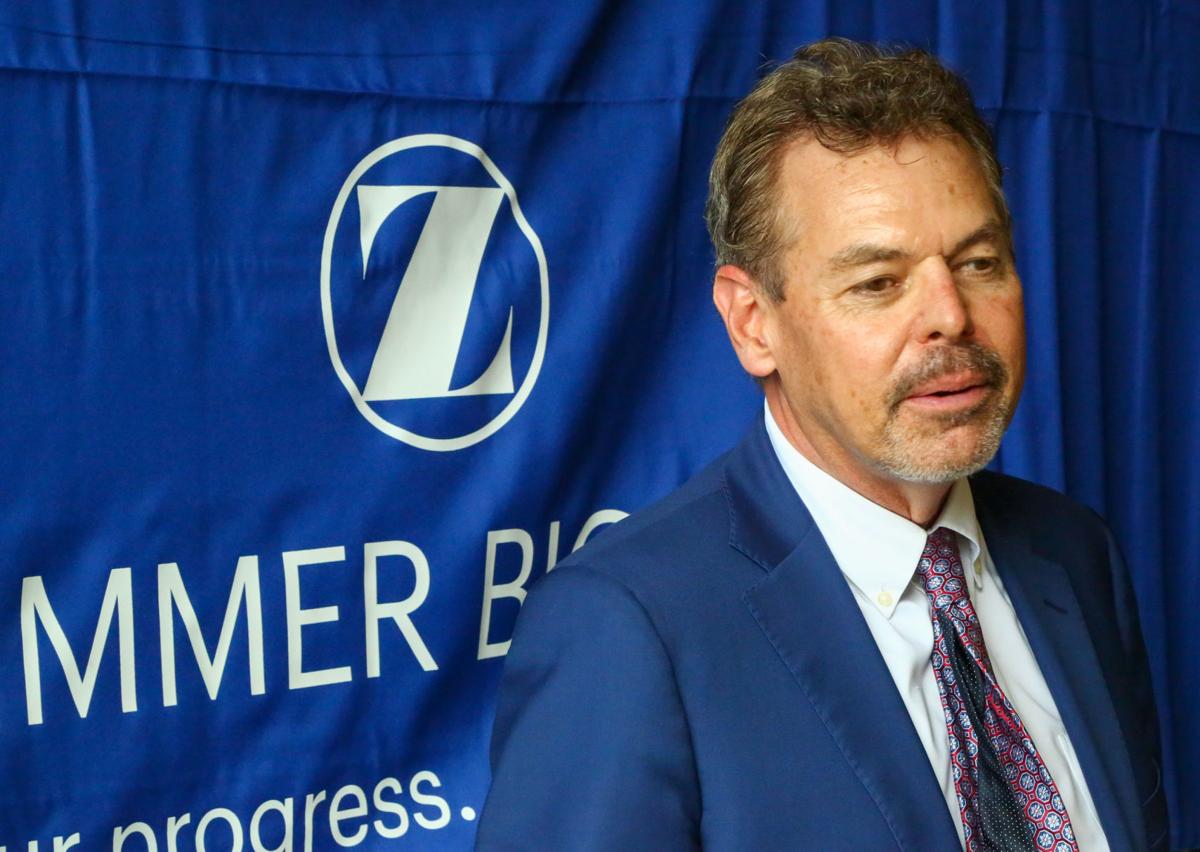 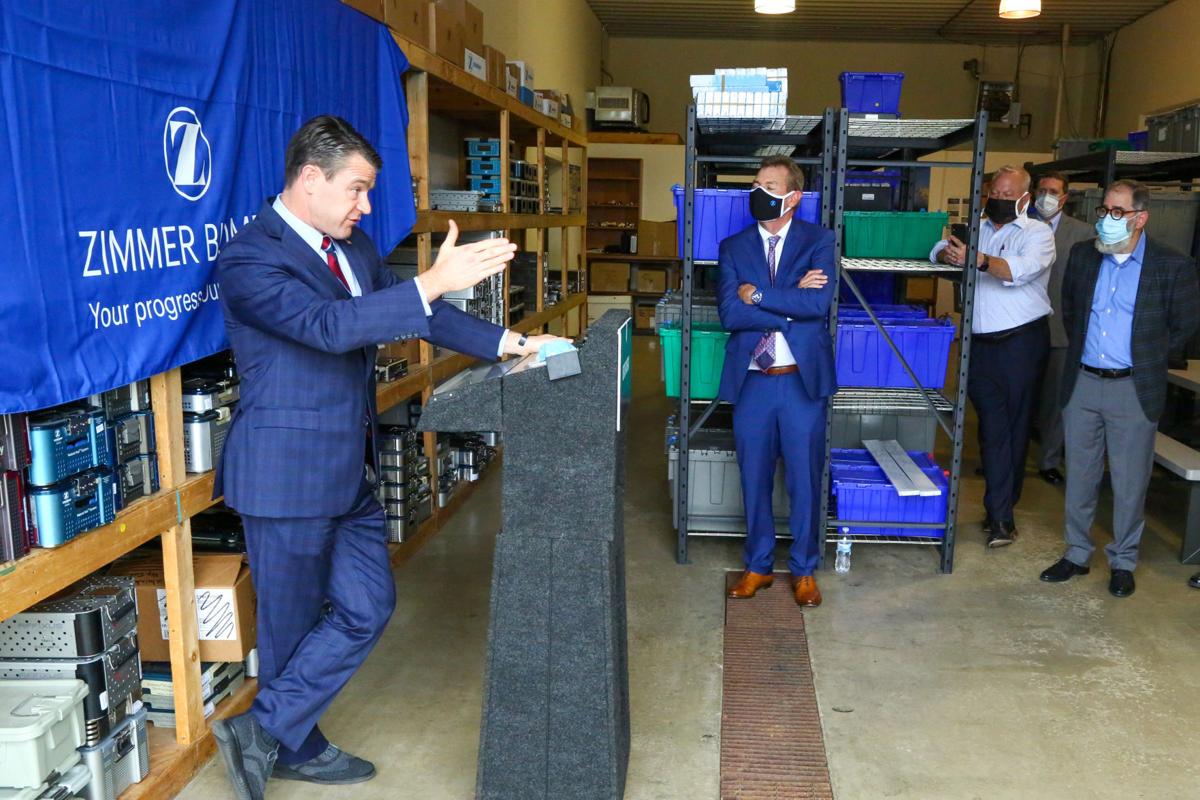 U.S. Sen. Todd Young, R-Ind., left, talks about the RESTART Act during a visit to Zimmer Biomet Hibbard in Valparaiso. 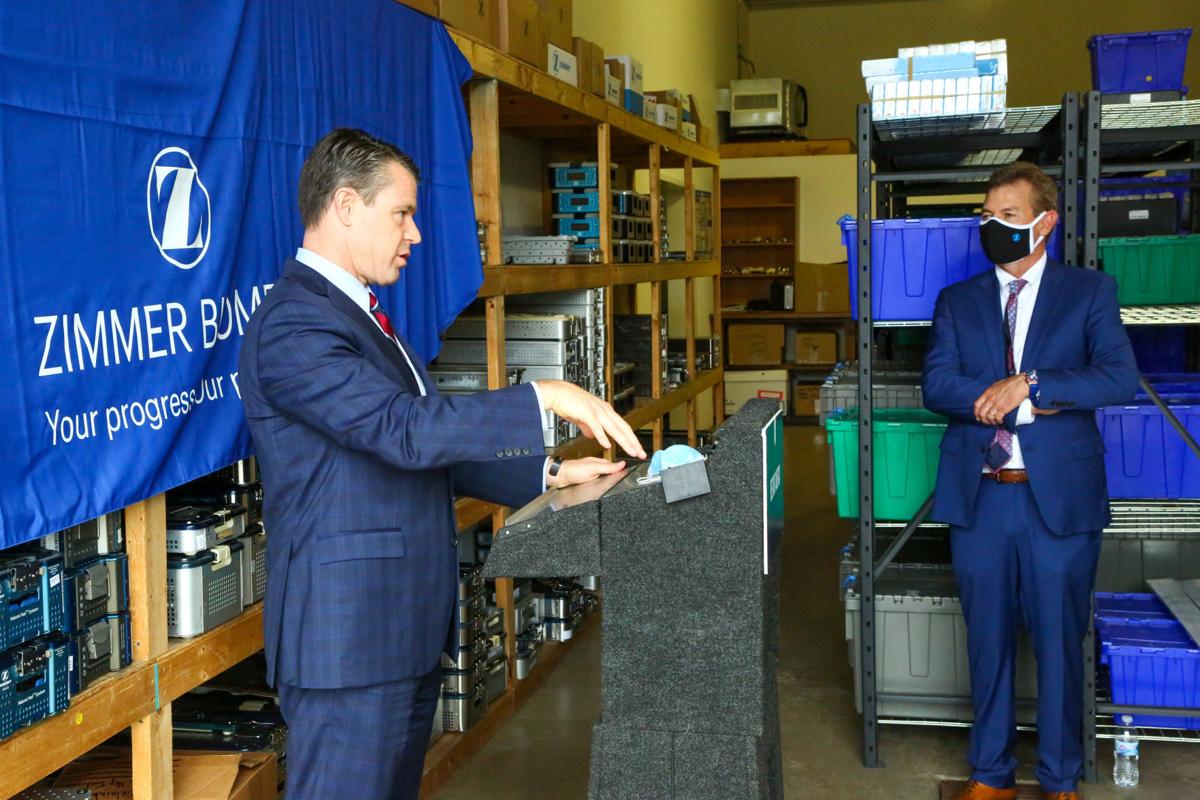 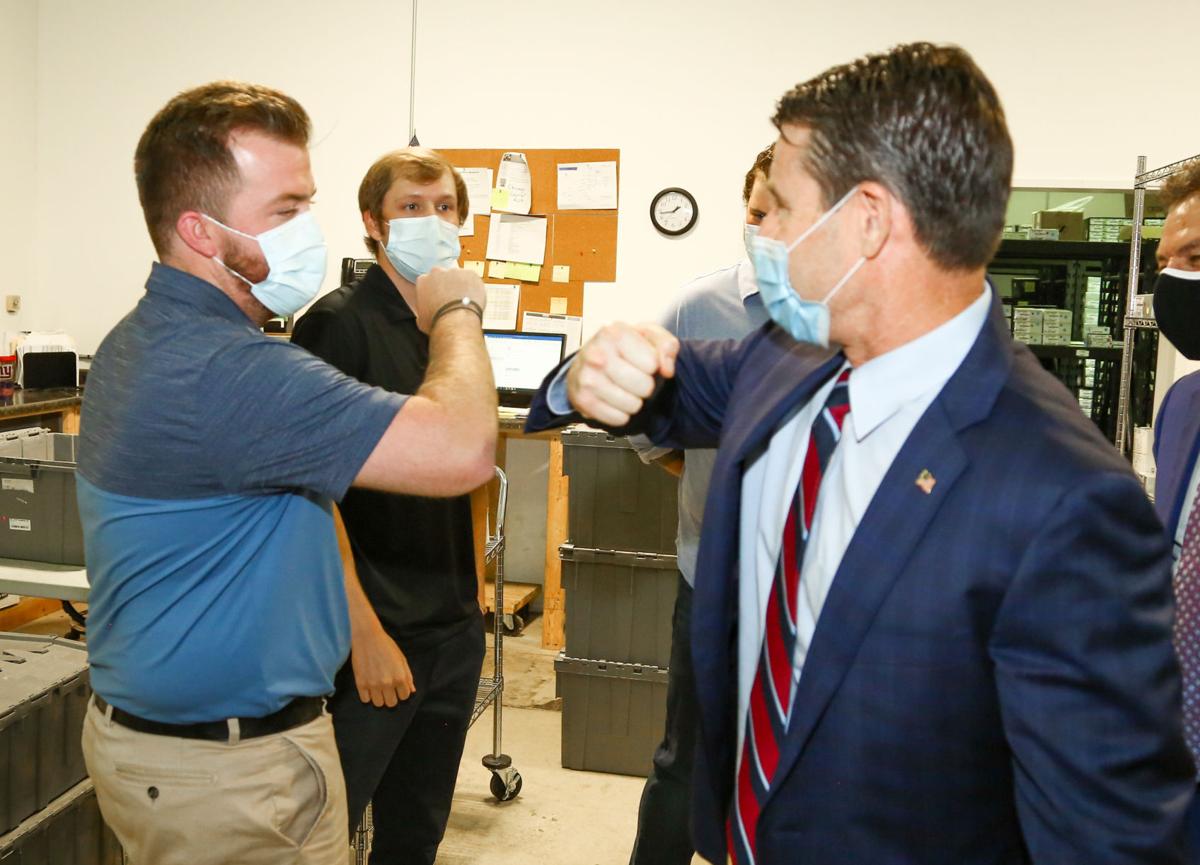 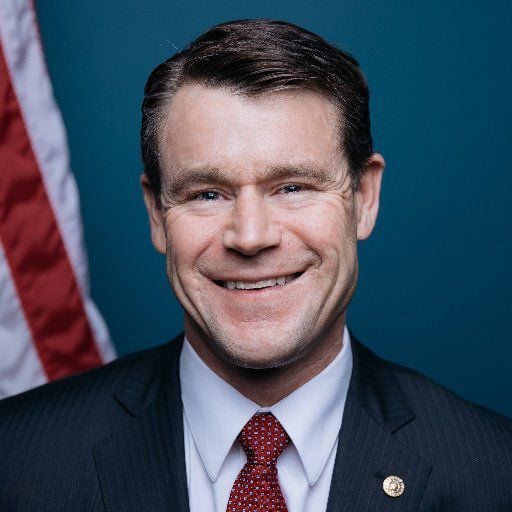 VALPARAISO — The phased reopening of businesses across Indiana following the peak of COVID-19 cases doesn't mean companies no longer will need government assistance to financially get back on their feet after being shut down, in some cases, for more than two months.

That's the message of U.S. Sen. Todd Young, R-Ind., as he travels the state this week, including a stop Tuesday in Valparaiso, promoting his plan to take the popular federal Paycheck Protection Program "to the next level."

The Reviving the Economy Sustainably Towards a Recovery in Twenty-twenty (RESTART) Act, sponsored by Young and U.S. Sen. Michael Bennet, D-Colo., would give businesses more time to spend their forgivable PPP loans and create a long-term borrowing program for businesses hit hardest by the coronavirus pandemic.

The first component of the legislation would allow businesses with revenue declines of at least 25% to spend their PPP funds over a 16-week period, instead of just eight weeks, since many businesses, such as restaurants, gyms and small retailers, are unlikely to see a quick return of their former customers.

"We know that PPP was meant to be a bridge to a reopening economy," Young said. "Many small businesses are going to require a longer bridge before consumer demand really picks up."

The second component, in effect, continues PPP into the future by allowing hard-hit businesses to borrow funds covering six months of payroll and authorizing the money to be paid back to the federal government over a seven-year period at low interest rates.

Young said his goal is build on the success of the Paycheck Protection Program, which he said has provided some 72,000 Indiana businesses more than $9.4 billion in forgivable loans, or an average of approximately $131,000 per company.

One of those businesses is Zimmer Biomet Hibbard, a medical device sales and distribution company located on Valparaiso's east side.

Owner Jeff Hibbard said thanks to a $236,000 PPP loan he secured through Peoples Bank, his company was able to keep his 18 full-time and six part-time employees on the payroll despite a 95% decline in sales due to hospitals focusing on COVID-19 at the height of the crisis.

"There were virtually no elective surgeries that were on," Hibbard said. "I never thought we'd see that day. I mean, we always said that we're kind of insulated. But that proved not to be true, unfortunately."

Young is optimistic that as senators hear similar PPP success stories in their states they'll back the RESTART Act as a means to get more businesses up and running like they were before the coronavirus struck.

Eligible Hoosiers whose direct deposit information is on file with the IRS should receive their $1,200 coronavirus economic impact check from the federal government sometime this week.

Sen. Todd Young supported the $2 trillion coronavirus relief act "without any difficulty or pangs of guilt" because he said it was needed from both a public health and economic standpoint.

Sen. Todd Young perhaps knows better than most the challenges of campaigning during the time of coronavirus.

U.S. Sen. Todd Young, R-Ind., is "remembering and honoring the brave souls who laid down their lives protecting our country" this Memorial Day.

Memorial Day weekend typically serves as the gateway to the opening of summer events in the Region. COVID-19 is ensuring this summer won’t loo…

U.S. Sen. Todd Young, R-Ind., left, talks about the RESTART Act during a visit to Zimmer Biomet Hibbard in Valparaiso.