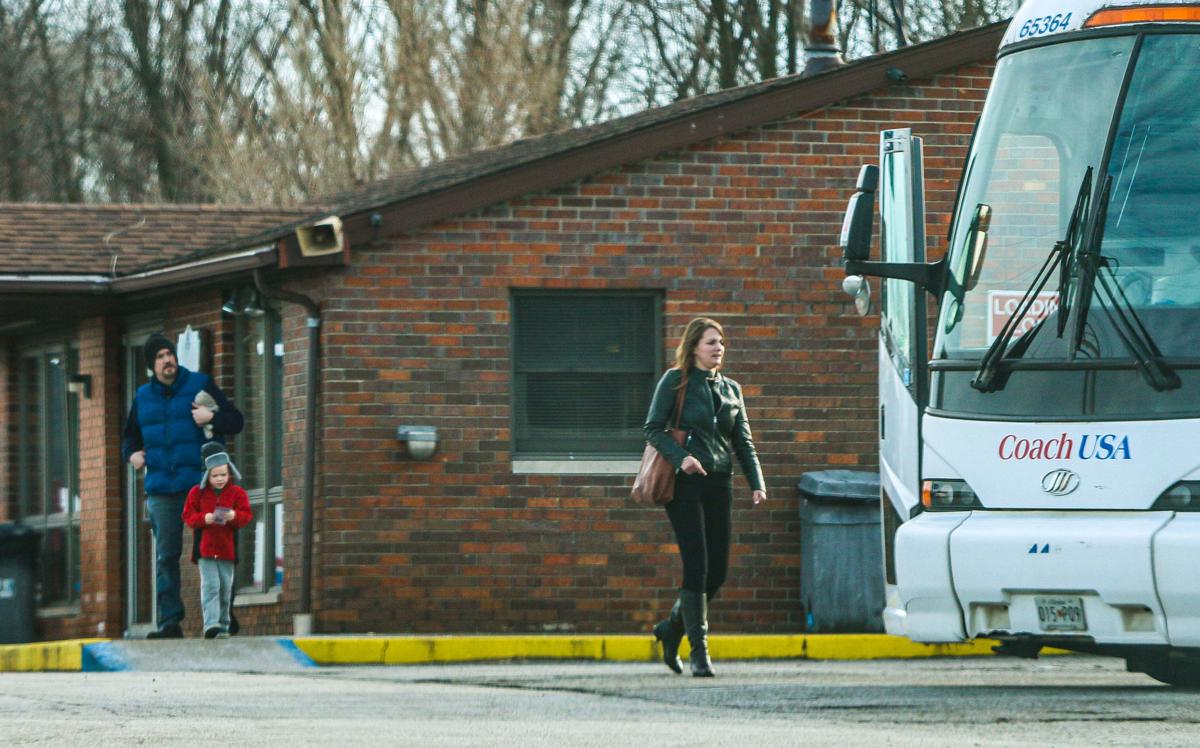 A passenger prepares to board a Coach USA bus to head to one of the Chicago airports. 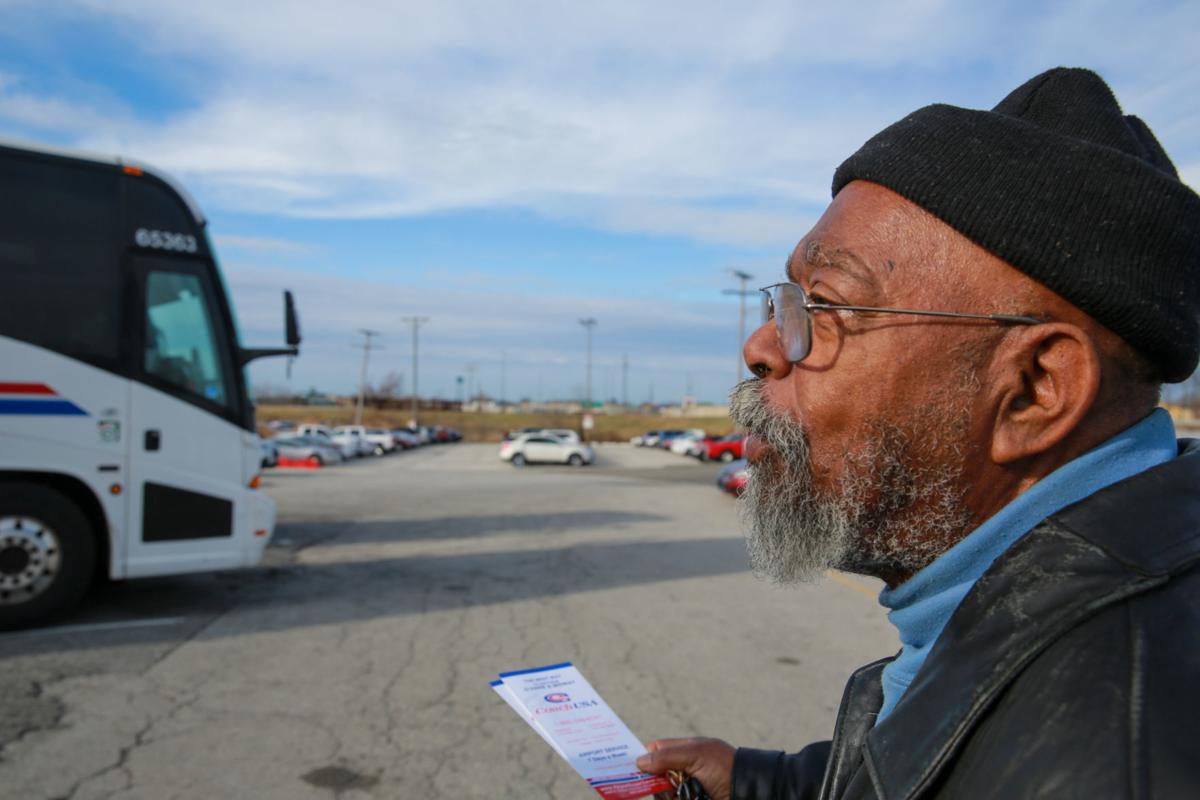 Ray Johnson, of Gary, says he will just have to find another way to the airport after the announcement of Coach USA discontinuing its shuttle service. 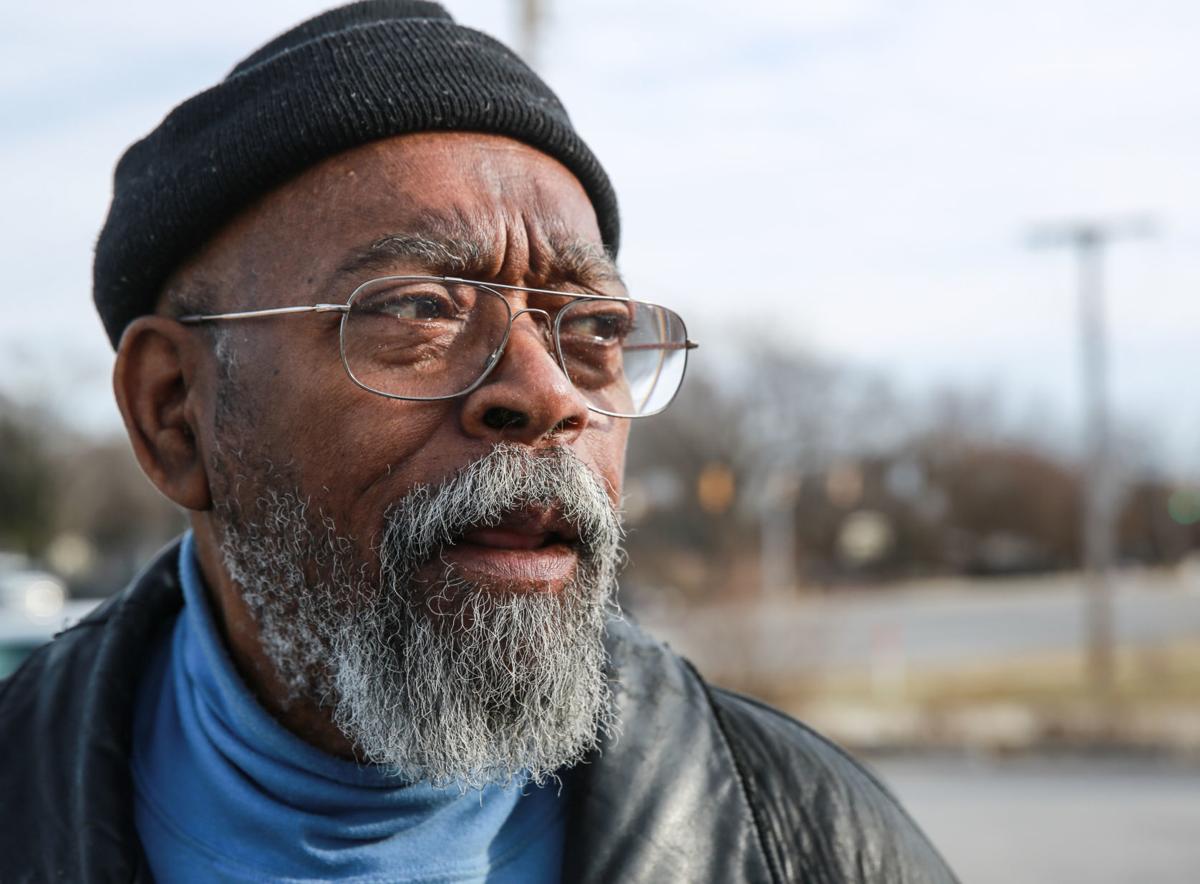 Ray Johnson, of Gary, gives his views on the upcoming closing of bus service to the Chicago airports.

Travelers rushed to cancel shuttle bus tickets they had already purchased for January or to figure out how they would get home from a trip out of town after the buses stop running on Dec. 31 after more than 40 years.

"This is terrible news: a horrible blow to the Region for so many users," said Tom Shepherd, a resident of Chicago's Southeast Side.

The popular shuttle bus service to O'Hare and Midway made stops in Highland, Portage, Michigan City, South Bend and Crestwood, and previously had stops in Merrillville and Valparaiso. It was used by thousands of Region residents over the years, including those who wanted to avoid Chicago traffic, those who didn't feel safe using ride-hailing services like Uber and Lyft, and those averse to paying steep long-term parking fees at the airport.

"How are we supposed to get to the airport now?" Crown Point resident Cara Witecki said. "I'm very upset. I'm in my 70s now. At my age, I'm not driving to Chicago. My daughter's only 31, but she doesn't feel safe driving after dark if the plane comes in later."

Witecki flies only about once a year, but her daughter and sons use the shuttle buses a couple times a year and her friend rides it when flying in three times a year from New York. They all ride the Airport Supersaver shuttle buses.

"I don't understand why it's closing," she said. "It always looks busy there in Highland."

The bus service has faced increased competition from services like Lyft and Uber in recent years, and customers have recently complained about abrupt cancellations leaving them in the lurch. Sean Hughes, director of corporate affairs at Coach USA North America, would not elaborate on why the company was ending service to Northwest Indiana but said it has offered positions to the 150 employees who will be laid off if they are willing to relocate.

Witecki wished another company would come in to fill the void Coach USA is leaving behind.

"It's crazy, it's just isolating us," she said. "Who can afford to pay for a two-week stay at Midway? That gets expensive."

California resident Janet Rolek, who rides the shuttle buses a few times a year when visiting family in Northwest Indiana, wondered why Coach USA couldn't switch to smaller buses or even vans to maintain a profitable operation if its volumes really had fallen off that much.

"I can't believe it and hope they reconsider," she said. "Uber and Lyft don't always have safe drivers and the cost goes up with time and traffic. Why can't they just consider smaller buses or longer waits in between?"

Rolek said it's often inconvenient for family members to pick her up at the airport, especially if her plane lands in the middle of the workday.

"Not everyone wants to drive to the airport," she said. "People are so busy. Traffic is horrible, and the highways aren't always safe. You could rent a car, but that's expensive and then you have to schlep your stuff across the airport. It's very disappointing. It's just a big disappointment."

Residents have other alternatives that include using the Spot Hero app to find cheaper parking near the airports, hiring a local car or limo service to ferry them there, or taking the South Shore Line and then the Chicago Transit Authority L train, which requires buying a Ventra card.

One can take Northwest Indiana's South Shore Line commuter train to Millennium Station in Chicago's Loop, walk a block south on Michigan Avenue, then a block west on Washington Street, turn south on Wabash Avenue, walk up to the Washington/Wabash station and then take the Orange Line to Midway.

Gary resident Ray Johnson, a retiree who flies at least six times a year to visit his children and see the world, said it was just easy to hop on the shuttle bus.

"It's definitely easier than driving yourself," he said. "You just hop on and don't have any worries. It's usually on time."

He's been riding the shuttle buses for decades and hopes another company or government agency will come in to restore airport bus service to Northwest Indiana. He said there was a need, noting that the parking lot at the Highland bus stop on Indianapolis Boulevard by the Little Calumet River was nearly, if not completely, full Thursday.

"They don't seem to be starving for customers," he said. "I don't know what the problem is. It may be a management problem, but it's definitely not a customer problem. This is the only service like this around in this area. I hope somebody else can continue it somehow."

"You can't make a business operate somewhere they don't want to operate," he said. "That's their prerogative. But there's an opportunity here."

Airport Supersaver in Highland to remain open despite cancellations

Don't worry, you'll still be able to catch a bus to the airport if you don't want to pay exorbitant fees for long-term parking or a ride-haili…

Shuttle buses to O'Hare, Midway to shut down Dec. 31; 150 people to lose jobs

Northwest Indiana's airport shuttle bus service, which is cheaper than long-term airport parking or ride-hailing services, is ending after more than 40 years.

GARY – Everyone's seen the statistics and big losses steelmakers have suffered, but there's reason to feel positive about the Region's steel i…

Visclosky: NWI is the state's next great economic engine

The public is invited to attend an open house Dec. 23 at Gary City Hall, showcasing the new "one stop shop" for licenses and permits.

Royal Excursion plans to announce within the next week or two when it will start up a new airport shuttle bus service in Northwest Indiana.

Royal Excursion is finalizing the logistics of the new airport shuttle bus service to O'Hare and Midway.

The South Shore Line will stop at McCormick Place for Sox Fest Friday and Saturday.

UPDATE: New shuttle service to run from Hammond to O'Hare Friday, will not include long-term parking

New airport shuttle will stop in Griffith, Valpo and at Marquette Mall

Royal Excursion will temporarily suspend its Royal Zoom shuttle bus service to Chicago's airports Sunday, little more than a week after it was launched.

Now Northbrook-based Allstate Insurance Company is covering Lyft drivers with commercial auto coverage in Indiana and seven other states, effective as of this month.

A passenger prepares to board a Coach USA bus to head to one of the Chicago airports.

Ray Johnson, of Gary, says he will just have to find another way to the airport after the announcement of Coach USA discontinuing its shuttle service.

Ray Johnson, of Gary, gives his views on the upcoming closing of bus service to the Chicago airports.