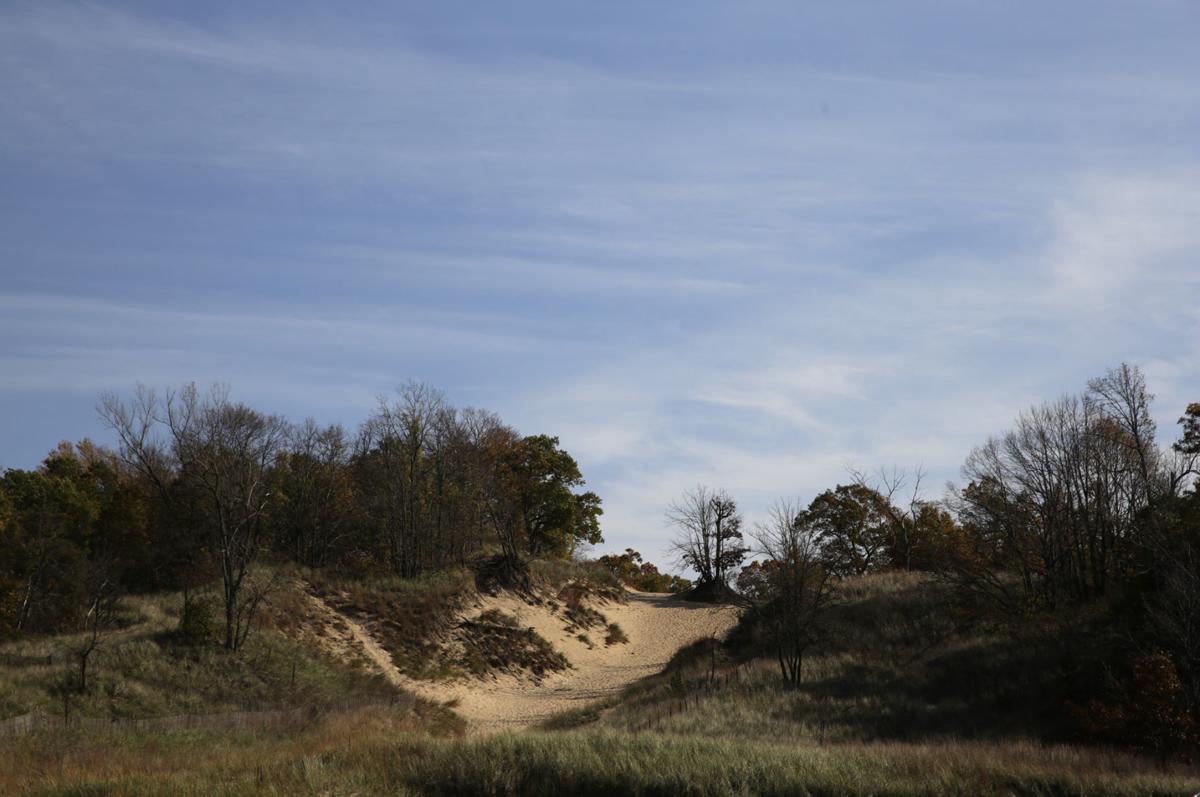 The Indiana Dunes National Park got more national press after appearing on a Fox Business segment as the potential beneficiary of how coronavirus-induced low gas prices could result in more staycation travel close to home.

Jeff Flock reported for the national cable channel from the Lake Michigan lakefront in Portage about how local travel could boost small business during a "staycation summer."

"I'm here at the nation's newest National Park, standing atop a sand dune," he said while on air. "This is the Indiana Dunes National Park soaring over this stretch of Lake Michigan, a beautiful place, a beautiful place to commune with nature. Why I'm here? A lot of people think these kinds of locations are going to get a lot more attention this summer. Even if gas prices go up a little, we're still going to have pretty cheap gas. Combine that with people's reticence to travel by plane and a lot of people think that equals staycations."

Flock cited the Jet Blue CEO predicting this might be the "year of the car" and "a return to the 1950s in which people see the USA in their Chevrolet."

The segment featured sweeping shots of the sand dunes, the beach and the steel mills off in the distance. Flock ended the segment that he "was more likely to get bitten with a beaver than catch coronavirus out here."

The Indiana Dunes National Park saw a surge in visitors and international press coverage after being named the nation's 61st National Park last year. The park has since been featured in The New York Times, Smithsonian magazine, National Geographic, CNN, Conde Nast Traveler, and other publications.

Uran: 'As a Region we have stepped up' and 'never been stronger'

Crown Point Mayor Dave Uran said the Region has stepped up in response to the COVID-19 pandemic and "never been stronger."

Hoosier banks have lent $9.6 billion in Paycheck Protection Program loans to businesses across the Hoosier state.

Moody's downgraded the credit rating of one of Northwest Indiana's largest employers, saying it was susceptible to demand loss during the coronavirus pandemic.

The company, which employs 2,000 workers at 20 sites nationwide, told the state of Indiana in a WARN it was laying off workers at its facility "due to the sudden loss of a major client."

A federal judge on Wednesday rejected a challenge to Illinois Gov. J.B. Pritzker’s authority to impose stay-at-home orders on churches in the battle against the coronavirus.

Although their focus on providing patient care has not changed, the way they must now go about performing their duties has significantly been altered.

Government buildings will return to normal operations on May 26.

House Republicans agitated for a say in how Illinois reopens for business during the COVID-19 pandemic, urging majority Democrats to add it to the agenda of a long-delayed legislative session.

Shipments are a key metric of the financial health of the industry because they reflect the amount of steel sold to paying customers.

“Until COVID is cured or gone, our industry doesn’t know what the future will be,” Indiana Dunes Tourism Executive Director Lorelei Weimer said.