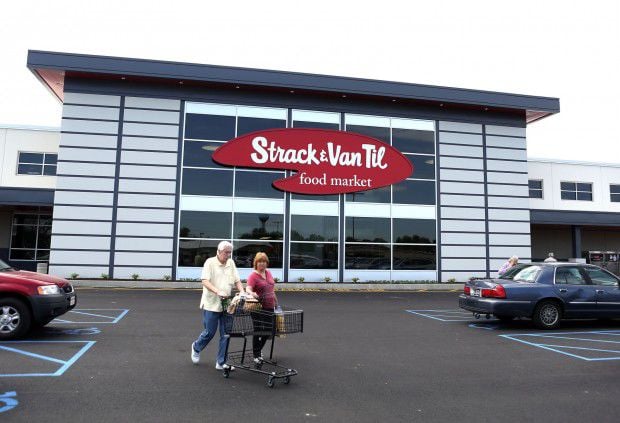 Customers leave after shopping at the new Strack & Van Til grocery store in Cedar Lake during the grand opening in 2013. Jewel wants to buy its remaining stores for $100 million. 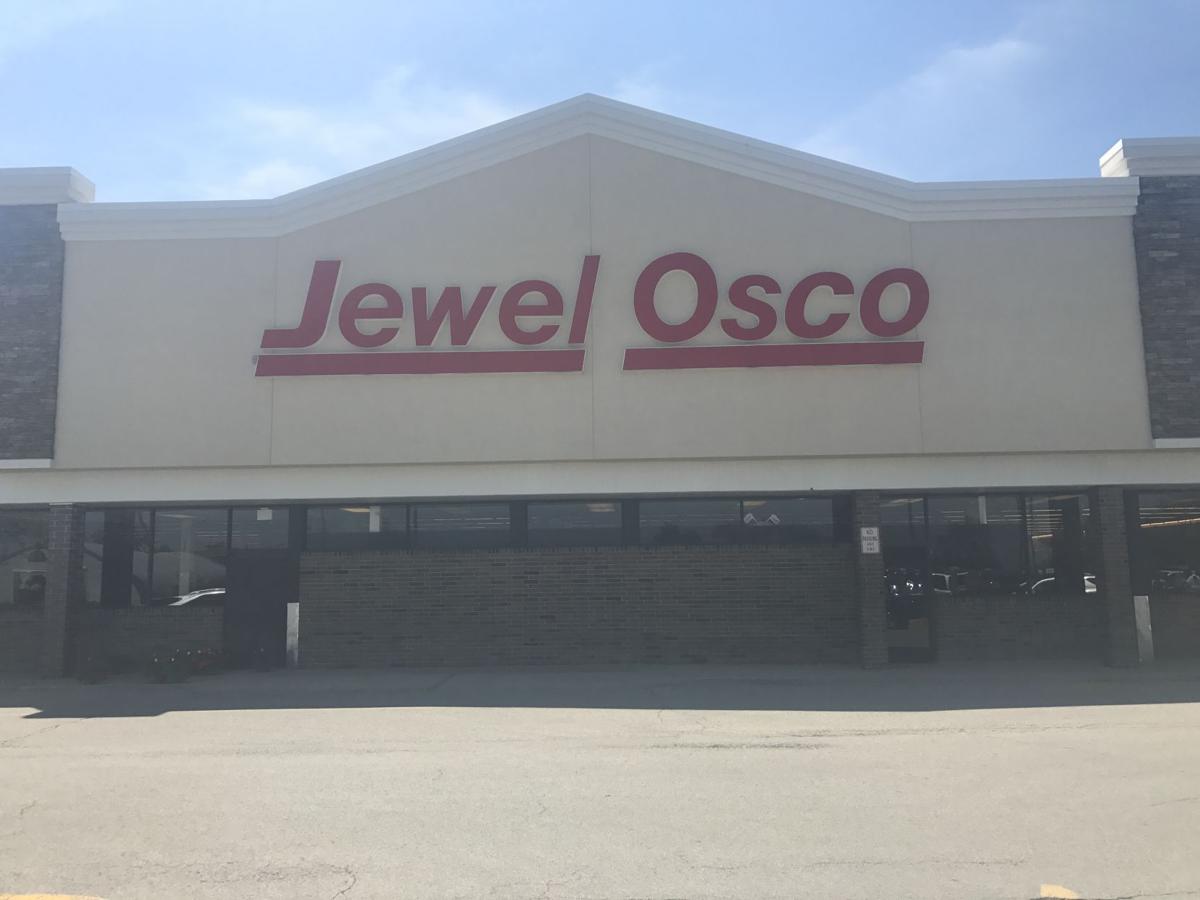 The Jewel in Munster. Jewel Food Stores has offered to buy Strack & Van Til for $100 million. 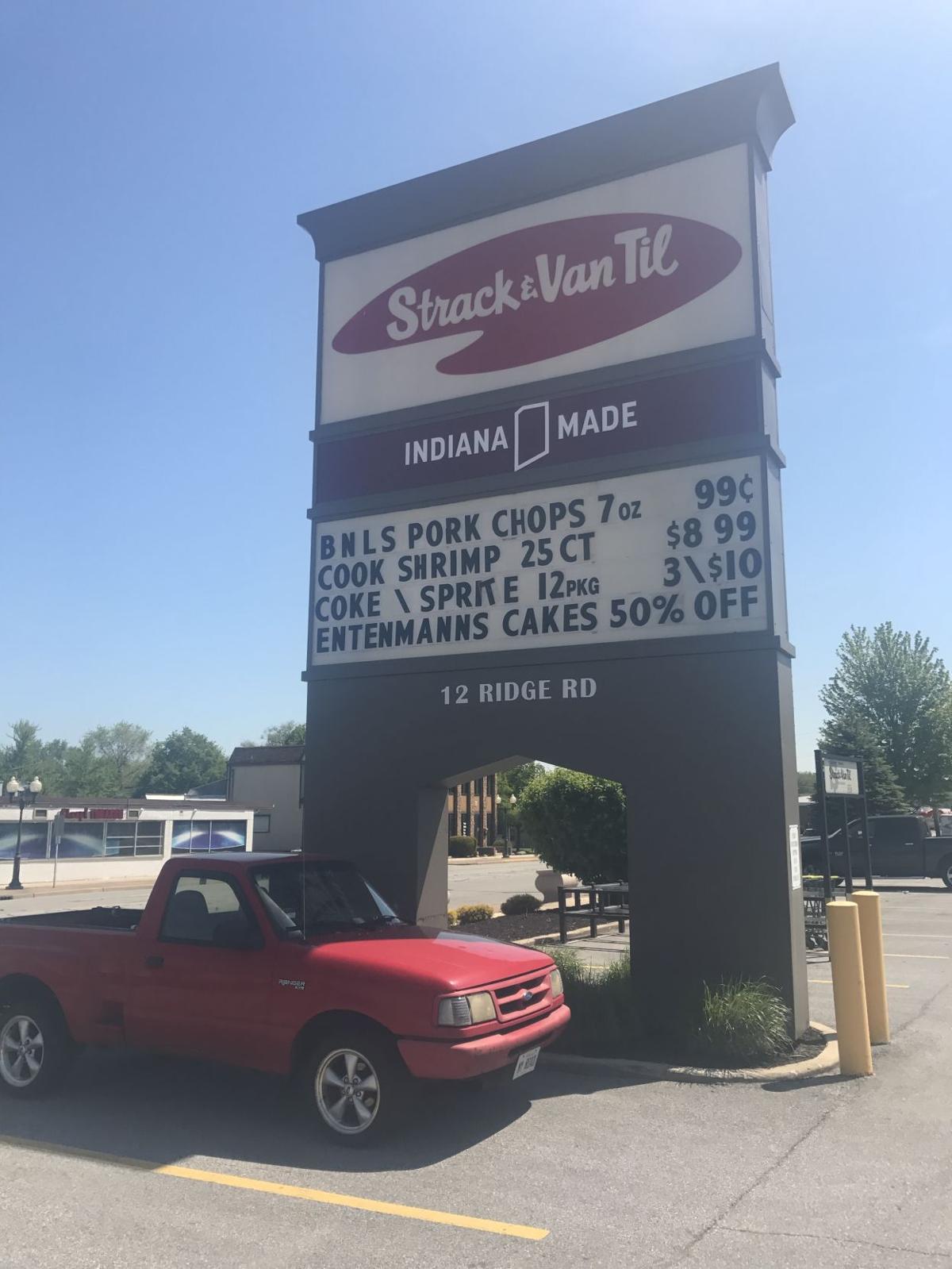 It would buy Strack & Van Til out of bankruptcy court as its owner, Joliet-based Central Grocers, goes under, succumbing to $225 million in debt. Strack & Van Til is closing another 14 stores this year, mainly in Illinois, that Jewel wasn't interested in.

Whether the well-established Strack & Van Til brand will live on or the stores will be converted to the Jewel-Osco brand was not immediately clear. A Jewel spokeswoman could not immediately be reached for comment.

Officials from Jewel-Osco and its parent company Albertsons have not returned messages over the past week.

Strack & Van Til parent company Central Grocers, a century-old co-op that acquired the Region’s biggest grocery chain in the late 1990s and will soon go entirely out of business as it winds down in bankruptcy court, is selling off its remaining Strack & Van Til, Ultra Foods and Town and Country supermarkets across Northwest Indiana. Another buyer could swoop in and buy the stores out of bankruptcy court if it files a better bid by a June 21 deadline.

Central Grocers said in the bankruptcy filing it received six bids for the Strack & Van Til stores that accounted for about half of its $2 billion-a-year business and the 930,000-square-foot distribution center it operates in Joliet. Jewel is not buying the distribution center, which is slated to close, putting 550 people out of work.

Jewel is a subsidiary of Albertsons, a Boise, Idaho-based company with 2,200 stores and more than 250,000 employees nationwide. The Itasca, Ill.-based chain owns more than 180 stores throughout the Chicago area. It's trying to acquire Strack & Van Til as a "stalking horse bidder," which is when a bankrupt company selects a buyer so stakeholders don't get shortchanged by low bids in an auction.

The 58-year-old Highland-based Strack & Van Til chain, which once had 38 stores across Northwest Indiana and the south suburbs, reported $1.1 billion in revenue and $12.5 million in profit in 2013. At the time, Strack & Van Til had just opened a new grocery store in Cedar Lake and was about to pump millions of dollars into capital projects to renovate and modernize several stores, including Schererville, Munster, Highland, Valparaiso and the Lansing Ultra, which is now closing along with 13 other locations.

Its business has lagged over the last few years as it struggled with the worst food price depreciation in decades in a sector known for razor-thin margins. It also faced increased competition from rivals like Whole Foods, Ruler Foods and online players, such as home meal delivery services. Strack & Van Til's gross revenue had fallen to around $900 million last year, according to a filing in bankruptcy court.

After its parent company filed for Chapter 11 bankruptcy, Strack & Van Til phased out its 10 percent senior discount last week, according to signs posted at stores.

Widely considered the Chicago area's grocer, Jewel bought several shuttered Dominick's stores when that long-standing chain closed in late 2013. It reopened some of them as Jewel stores.

Jewel has long had a presence in Northwest Indiana, with stores in Munster, Dyer, Crown Point and Chesterton. It has closed failed locations in the Region, including at the Highland Grove Shopping Center and at 45th Street in Highland near the flagship Strack & Van Til that Ernie Strack and Nick Van Til opened in 1959.

Strack & Van Til currently employs around 4,000 workers, making it one of the largest employers in Northwest Indiana. Many of the union jobs may be retained.

The extent of the impact of the supermarket chain’s closing in Northwest Indiana remains to be seen. Strack & Van Til had been a major sponsor of local nonprofits, a big patron of youth sports and a significant advertiser in local media.

Jewel wants to grow brand with Strack & Van Til buyout

The new Coyote Cantina in Schererville aims to to offer diners modern "elevated" Mexican cuisine like they might find in Chicago.

WASHINGTON — U.S. household debt reached a record high in the first three months of this year, topping the previous peak reached in 2008, when…

Indiana’s two largest independent grocers, Strack & Van Til and Marsh down in central Indiana, ended up in bankruptcy court in recent week…

Jewel-Osco could get a $500,000 break-up fee if it gets outbid for the 19 remaining Strack & Van Til stores in Northwest Indiana.

Luxury apartments going up in Chesterton

Potential Strack & Van Til buyers have until June 26 to bid

A bankruptcy court in Delaware has ordered an auction of the 19 remaining Strack & Van Til stores and the other assets of its owner, Centr…

Blythe’s Sport Shop is marking its 65th year in Northwest Indiana, and the first in which it hasn't been owned by the Blythe family.

The bankruptcy case of Strack & Van Til parent company Central Grocers has been moved from a Delaware court to the U.S. Bankruptcy Court f…

Blythe's Athletics in Valparaiso grew revenue by double digits last year despite the addition of a new Dick's Sporting Goods a mile down the road.

The Clarendale of Schererville senior living community has opened in the Tri-Town area, and it's not your great-grandfather's retirement commu…

Family Dollar to open in Schererville

Family Dollar will open a new store on U.S. 30 in Schererville.

Unions don't have the numbers they used to but remain central to Northwest Indiana, where almost all the major industrial employers are unionized.

Unions once represented more than 40 percent of the workforce in Indiana. Times have changed and factories employ fewer workers than they used…

Amazing Lash Studio has opened its first Indiana parlor in the Highland Grove shopping center near the border of Highland and Schererville.

Whole Foods warehouse that had been in Munster opens in Pullman

Strack & Van Til parent company Central Grocers, which is going out of business, revealed in a bankruptcy court filing it owes $225 millio…

More than 1,900 layoffs announced this year at Strack & Van Til, Central Grocers

Amid rough conditions for retail in general and supermarkets in particular, the century-old Strack & Van Til parent company Central Grocer…

Customers leave after shopping at the new Strack & Van Til grocery store in Cedar Lake during the grand opening in 2013. Jewel wants to buy its remaining stores for $100 million.

The Jewel in Munster. Jewel Food Stores has offered to buy Strack & Van Til for $100 million.